"As soon as I knew about the possibility of coming, I did not hesitate"

Abdoulay Diaby is already on the loose in Alvalade and was presented alongside Sousa Cintra, President of Sporting Clube de Portugal - Futebol, SAD.

"I am very happy to be here. Sporting CP is a great club and as soon as I learned of the possibility of coming here I did not hesitate", he began by saying at a press conference at Estádio José Alvalade. The 27-year-old from Mali came to José Peseiro's team to give a completely new side to the team. A bet on depth and speed, the forward who came from Club Brugge was given a 60 million euro termination clause and took on the interest he sees in the country as his next challenge.

"I know that Portuguese football has great clubs, which are always present in European competitions. The league level is good and I think it might be interesting for me. And the coming to Lisbon too (laughs)", he said. The left-hander, when asked if he would 'marry' well with Bas Dost, promptly replied: "We are very different players and we can complement each other. Besides the goals, which are very important for a striker, I can add other things. The season is long and I hope to contribute, "he explained.

Before signing for the lions, Diaby spoke to Mathieu, who encouraged his arrival. "He told me to come, that he would like it very much. The team plays quality football, the club's conditions are fantastic and the team is good", he finished. 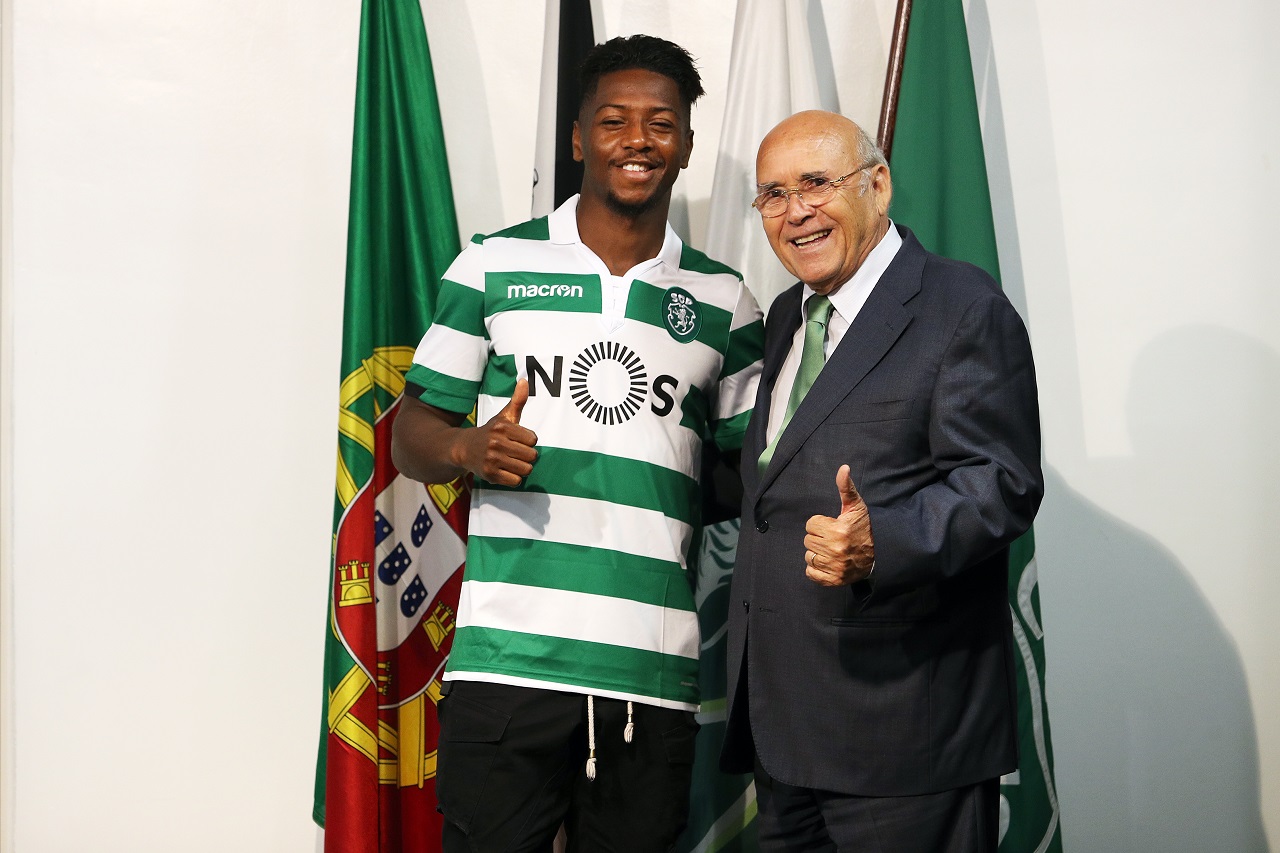 Sousa Cintra took the floor and praised his latest athlete. "I am very pleased that he has arrived and I think Sporting fans will be very happy, it will be very important. He is the fastest player in Portuguese football, probably. He has a great ability, which gives depth to the attack, him and Bas Dost make a perfect match for more goals. He's used to being a champion. It will bring great contribution to the ambitions of Sporting CP, "he clarified.