The Flying French Man held on to 1 point at the derby!

Salin gave it all but could not defend the header of João Félix, near the end, which established the final result in the Lisbon derby (1-1). A penalty from Nani, in the 63rd minute, gave hope to the lions, who leave the match with the same points as the rival (both with seven points). 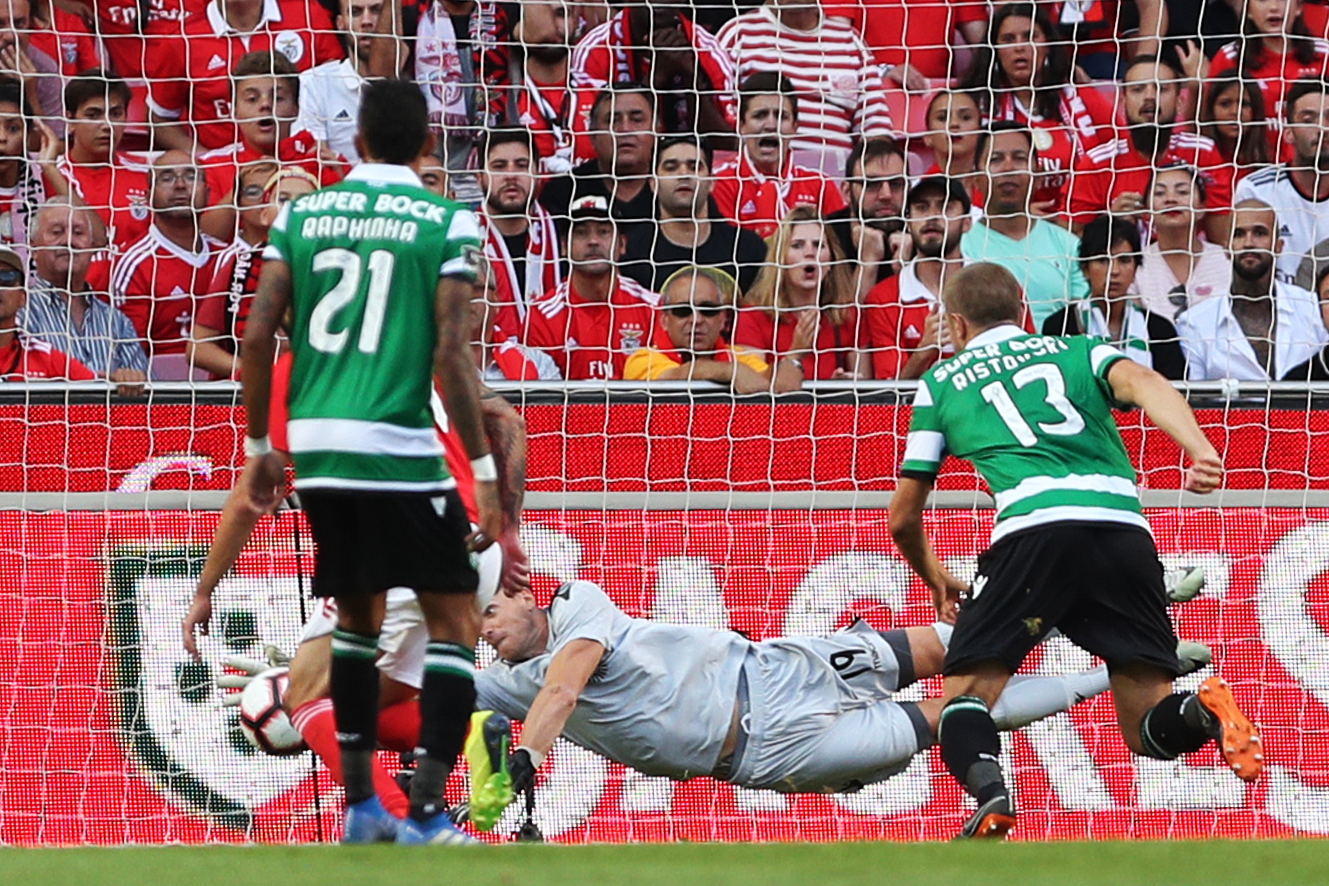 In a derby full of events - which does not mean that it was especially well played - the figure of the Lion goalkeeper emerged as the most decisive on the field (and who could have expected this?). During the first half, Benfica only created opportunities in set pieces, with Rúben Dias and Cervi close to scoring, were it not for the opposition of the green and white goalkeeper. José Peseiro prepared the team to move up in the field, with Montero and Bruno Fernandes to fit in the middle and one of the midfielders to be on top of Fejsa. The strategy proved effective, forcing the group of Rui Vitoria to look for Grimaldo and André Almeida to overcome the pressure. Even without the initiative, Sporting CP was always a team present in the offensive midfield, taking advantage of the opponent's ball losses to accelerate. Acuña, who played alongside Battaglia, showed that he could be useful in that area of the field and had some moments of association with Bruno Fernandes or Nani, as well as Montero - excellent in using hid body to impose on the central field and continue moving forward. Raphinha, another novelty in the team, was the solution used to attack the blank space, especially in the back of Grimaldo. At half-time, the idea was that José Peseiro had managed to surprise Rui Vitória. 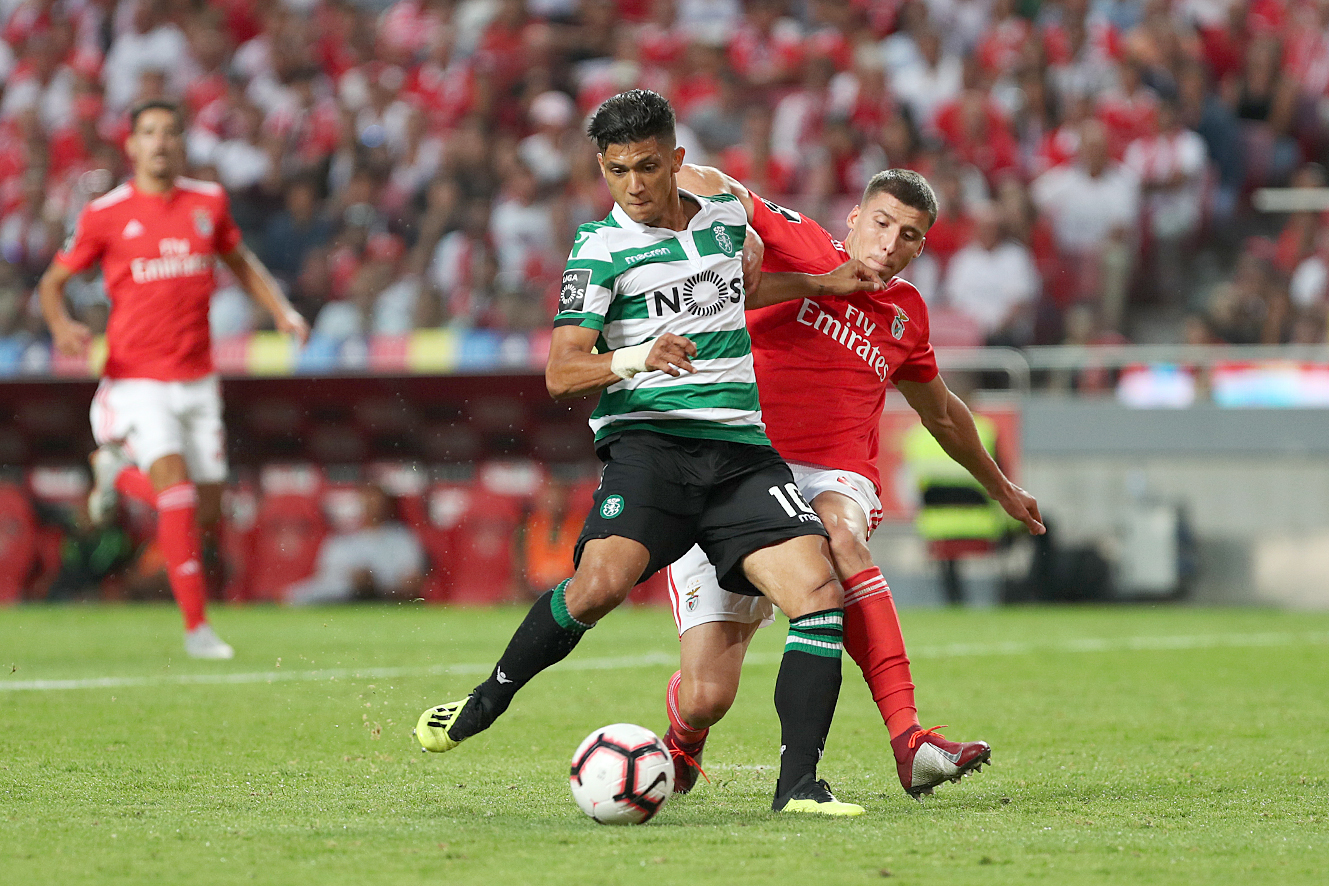 Benfica entered the second half and decided to put the lions in their midfield, always using the aisles to create advantages. At this stage, Peseiro's class was still glowing to get to the attack, not running many risks and opting for direct play. With less than half an hour to go, a play often repeated at Benfica's stadium gave rise to one of the bids of the match - Bruno Fernandes gained space to cross on the right and Rúben Dias comitted a foul inside the box on Fredy Montero. Nani, in return to the derby of the Portuguese football derbies, tricked Odysseas and put the green and white in advantage. Rui Vitória sent Seferovic and 'boy' João Félix to react to the goal conceded and, from here on, only played in the midfield of Sporting CP. The strategy imposed in the first half, which led to long journeys by the middle and forwards, was felt in the final stretch of the game, with lions showing less ability to win duels. Faced with the dynamics of the reds attack, Jose Peseiro brought Petrovic in to support the worn-out Battaglia and Acuña, unable to erase 'all the fires'. At the side, Ristovski and Jefferson were punished by the opponents aisles and the equalizer confirmed the trend. Rafa crossed to the front of the Brazilian side and João Félix headed in the back of the Macedonian. The least deserved to get the ball to the nets was Salin, who made a series of monumental defenses to hold the team. The point that the lions bring to Alvalade is everyone's, but it is more of the Frenchman who became unlikely hero of the derby. 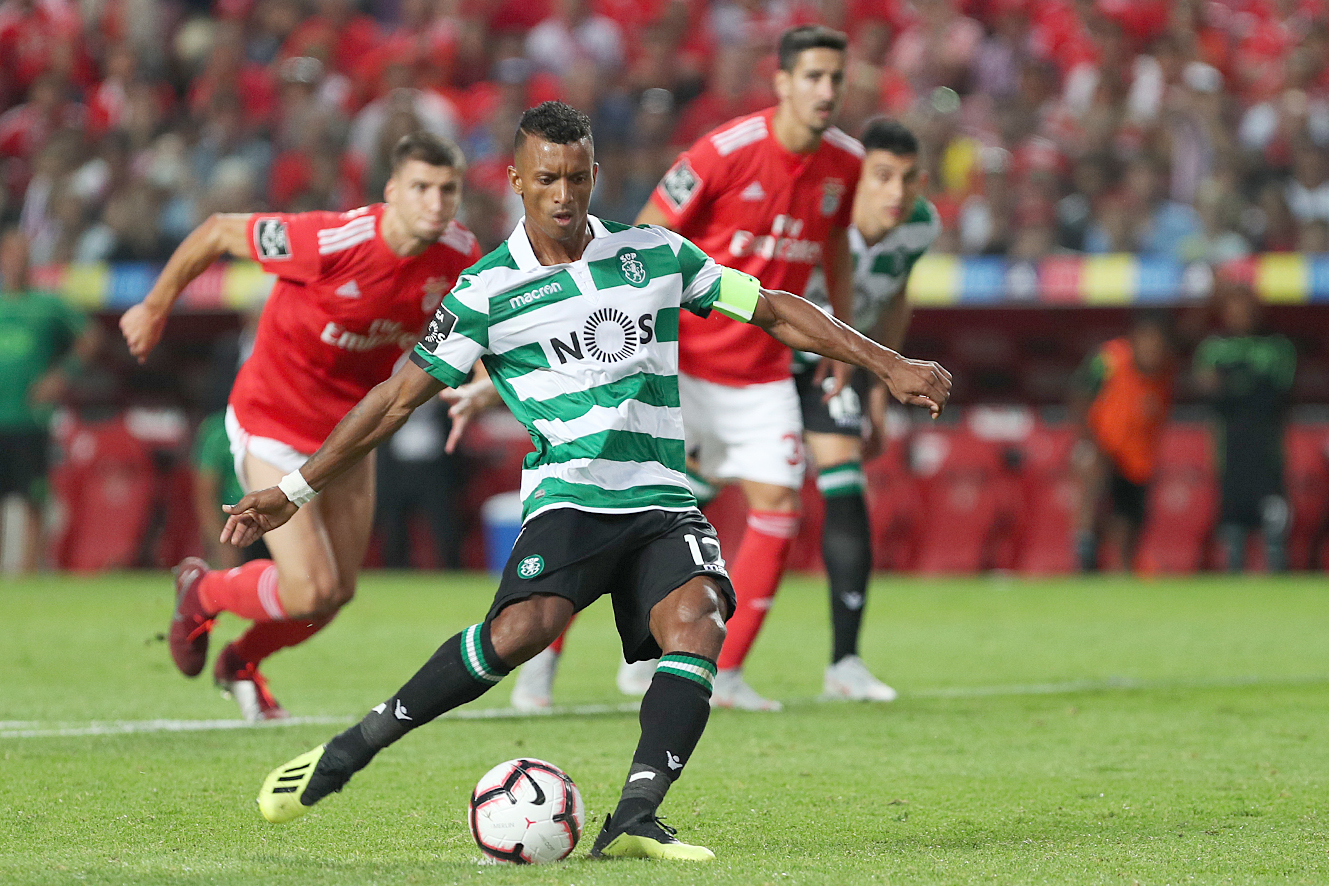 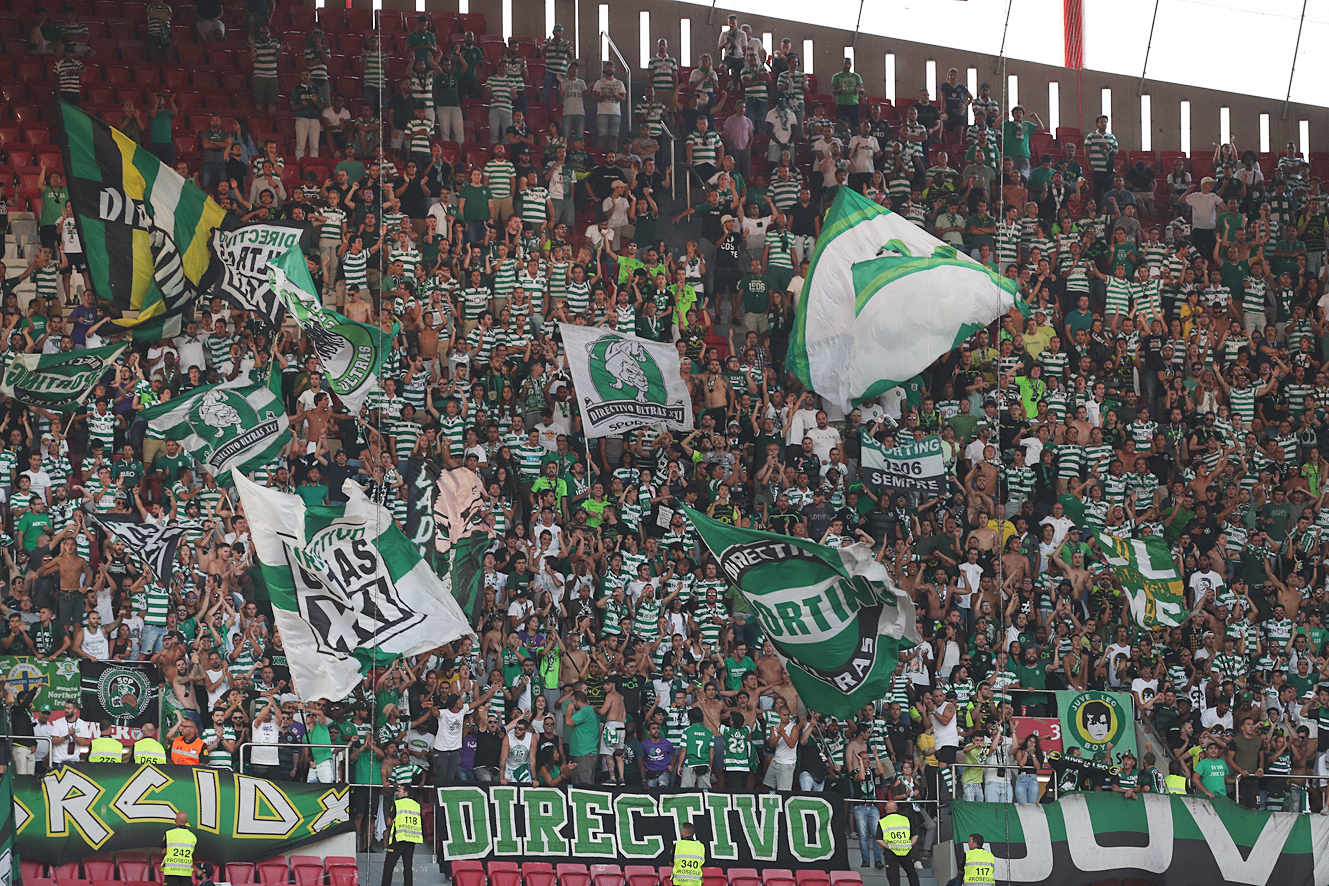 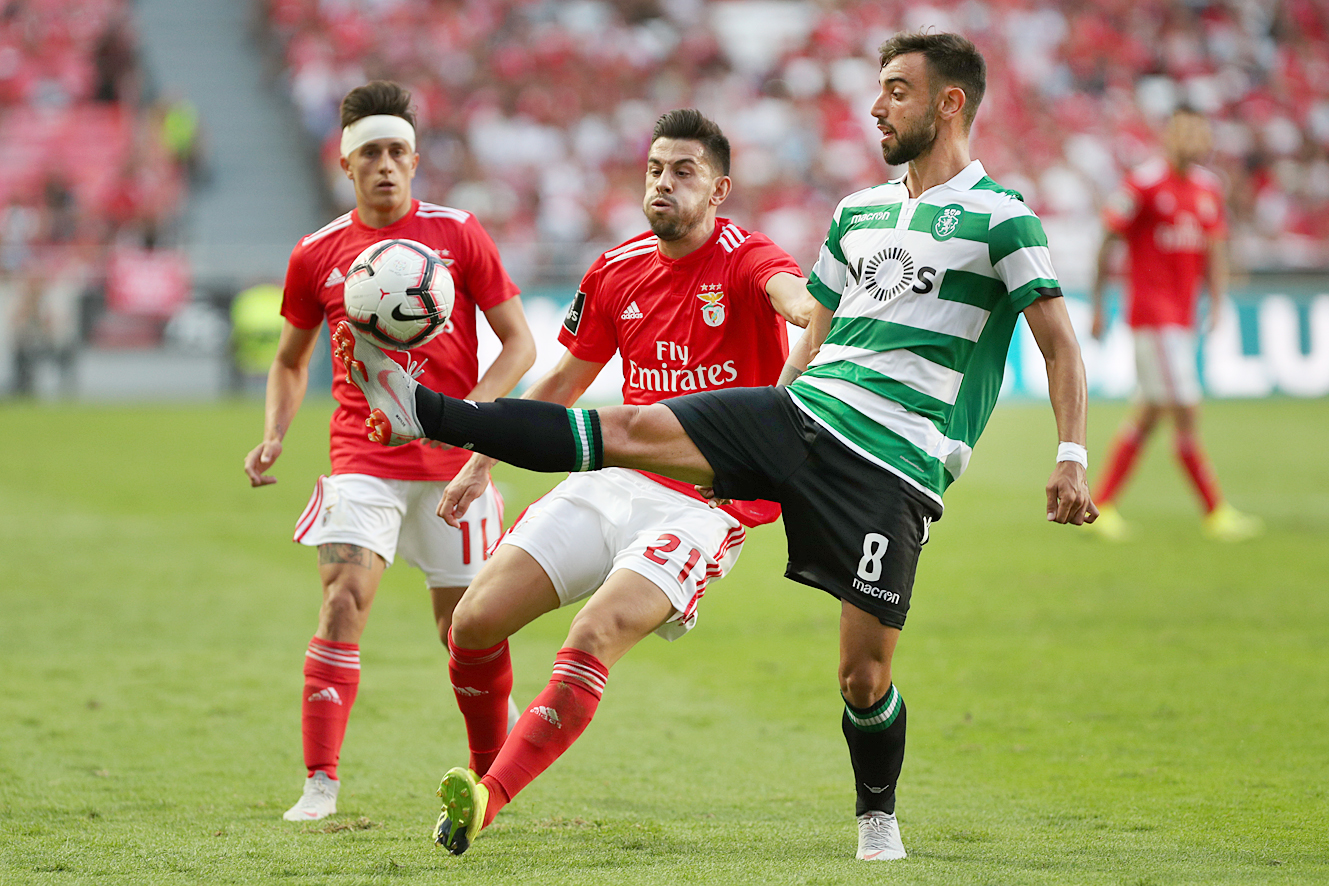