A 1-7 victory over SG Sacavanense at the Estádio Nacional opened Sporting CP’s Taça de Portugal campaign in style on Monday night. A halftime lead of 0-3 put the game firmly in their hands, and goals by Sebastián Coates (x2), Pedro Marques (x2), Nuno Santos, Jovane Cabral and Gonçalo Inácio made it an impressive showing in the third round.

Amidst rotations and the absence of Pedro Gonçalves through injury, Sporting CP gave first minutes of the season to Luís Maximiano and Cristián Borja, whilst Vitorino Antunes and Gonçalo Inácio made their starting debuts.

Just three minutes into a cold night, Jovane Cabral set up Nuno Santos to open the scoring -his fourth goal of the season. 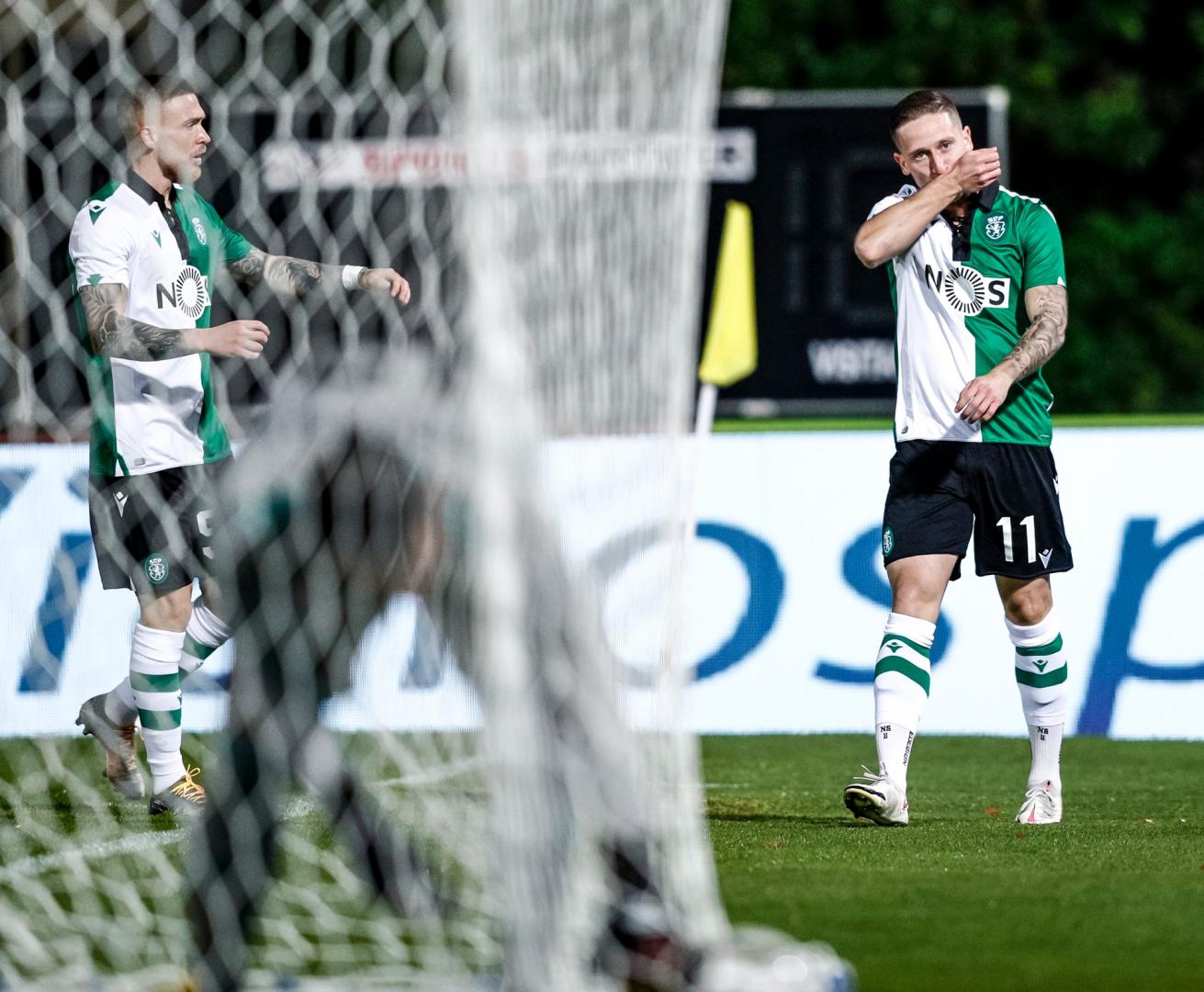 Ten minutes later, the combination was repeated, as Cabral served another pass to Santos. This time around, the winger’s shot smashed against the post.

João Mário would also force a save from goalkeeper Tiago Mota, as Sporting CP looked for a second goal. In the 26th minute, they found it, with João Mário involved as he laid a free kick up for Santos. The resulting cross into the box was met by captain Sebastián Coates, who headed home. 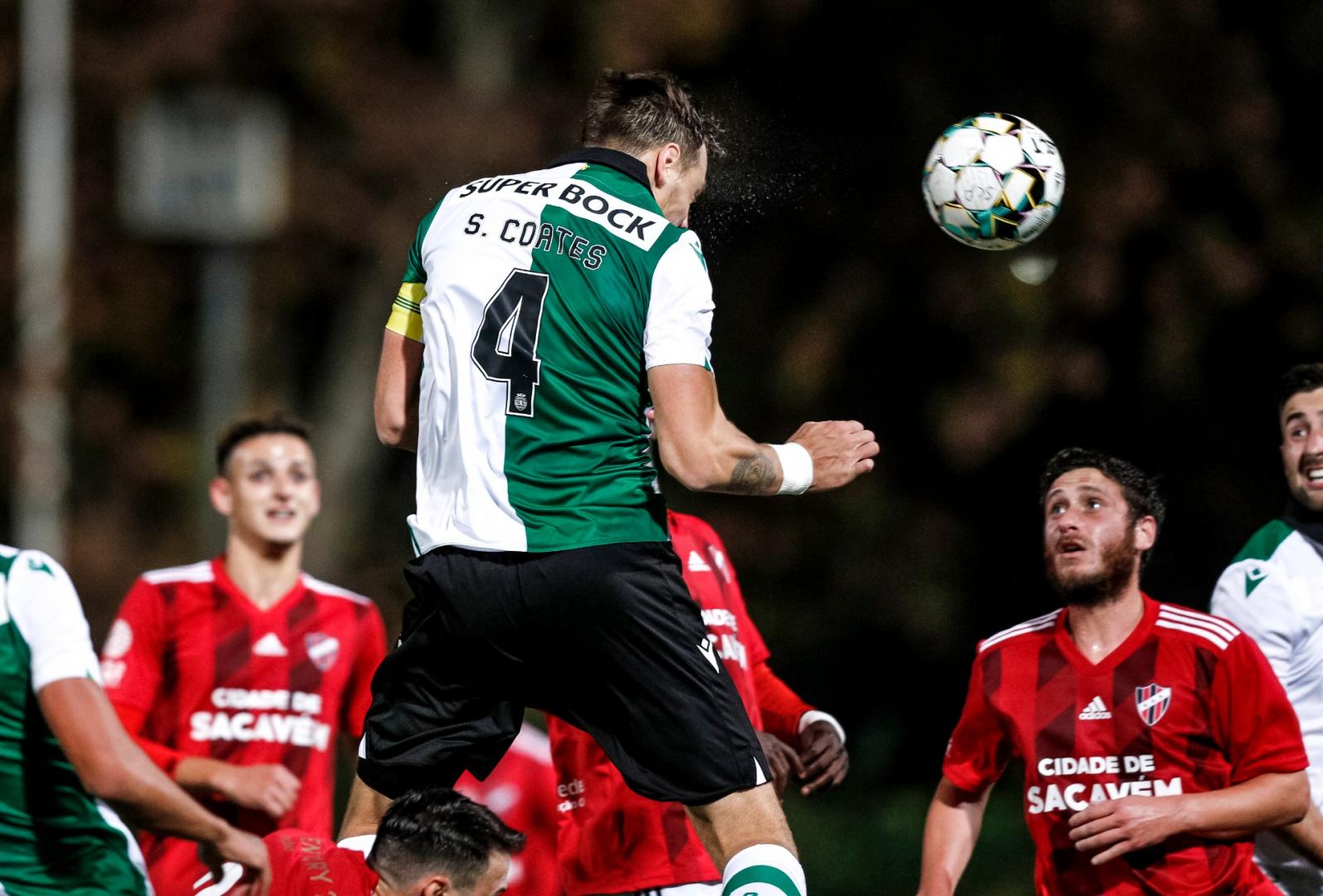 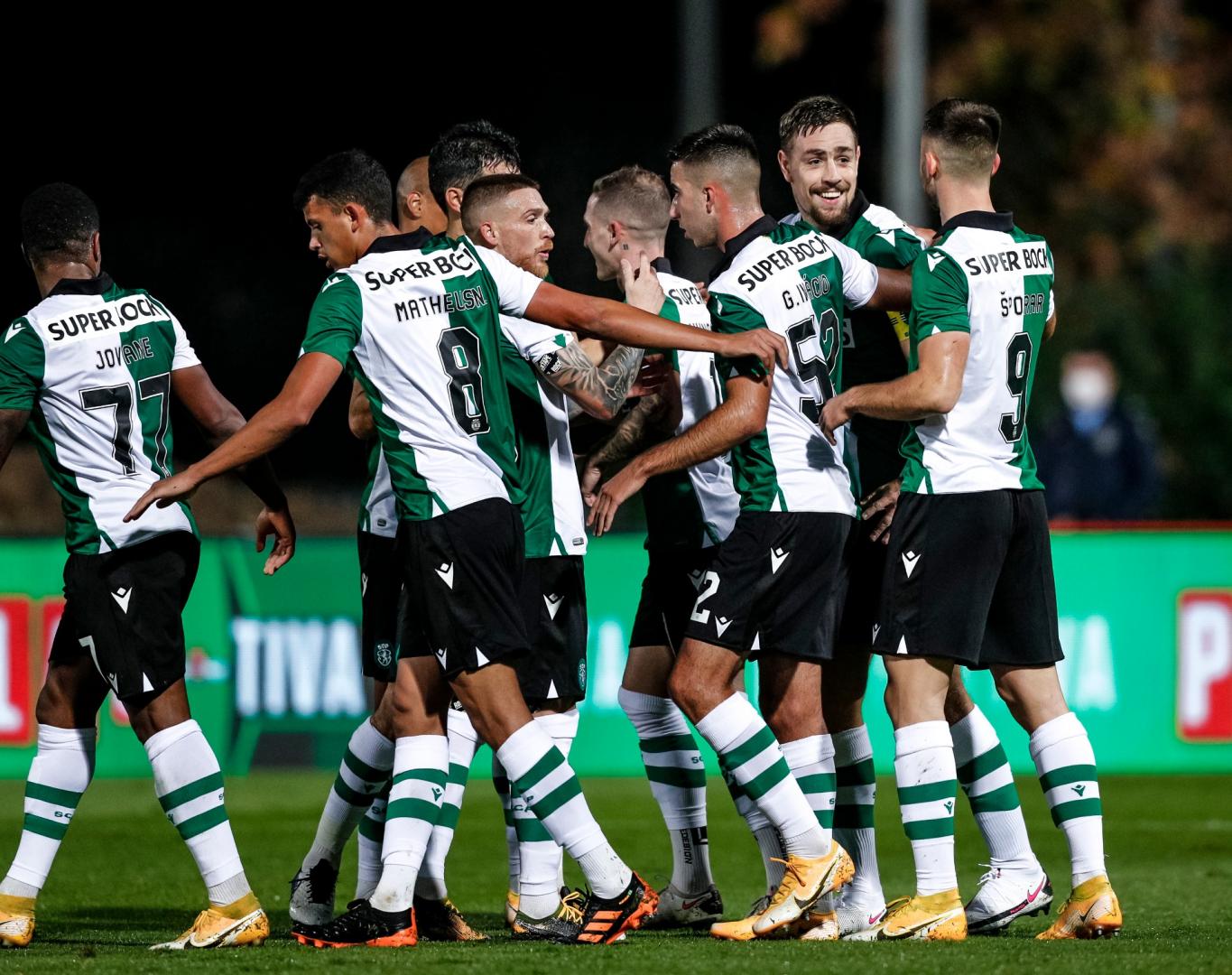 Five minutes on, referee Hélder Malheiro awarded a penalty in favour of Sporting CP after Andraž Šporar was fouled, with Cabral chosen as taker. The young talent dispatched the spot kick for his third strike of the campaign.

A fourth goal before halftime would not count, as a Nuno Santos effort was disallowed for offside. 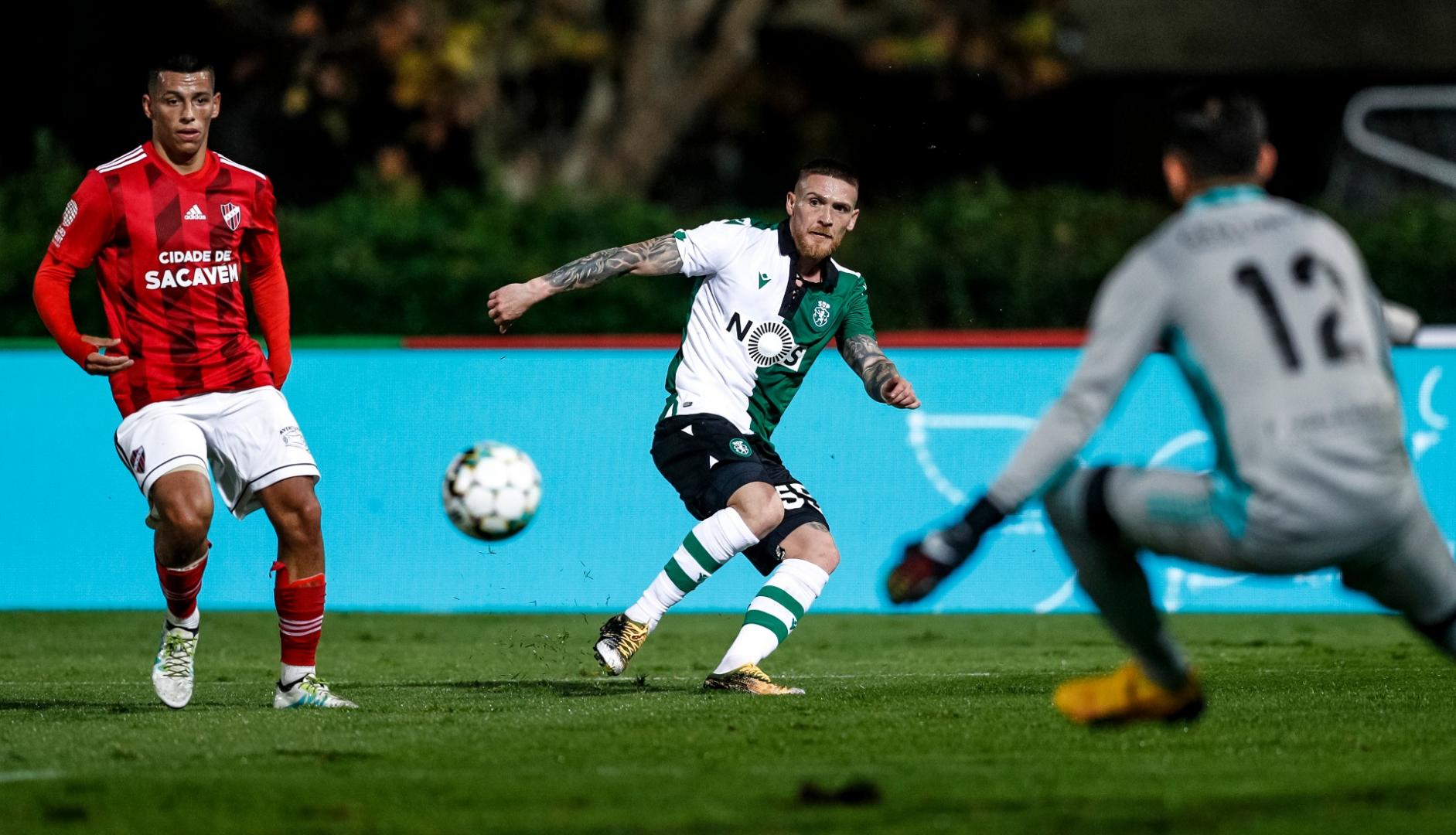 For the second half, Daniel Bragança was brought on to replace Antunes in the first change of the game.  From the get-go, Sporting CP were hungry to add to their lead, and got it early on: The first goal coming from another Coates header.

SG Sacavenense got what proved to be a consolation goal through Iaquinta, taking the score to 1-4, but there was no change in the dynamic of the contest. In the space of a few minutes, Cabral, Santos, João Mário and Bruno Tabata all enjoyed chances. 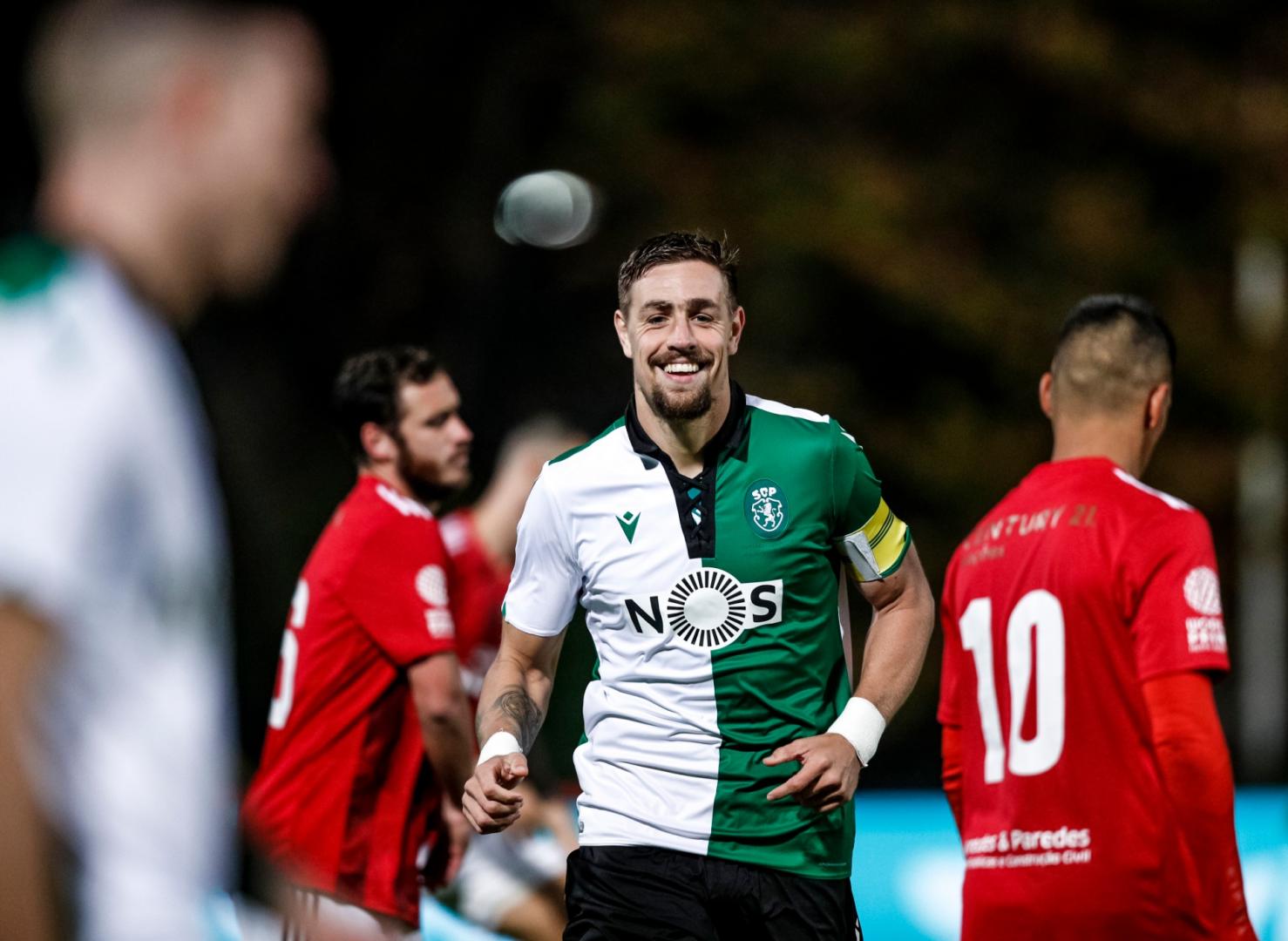 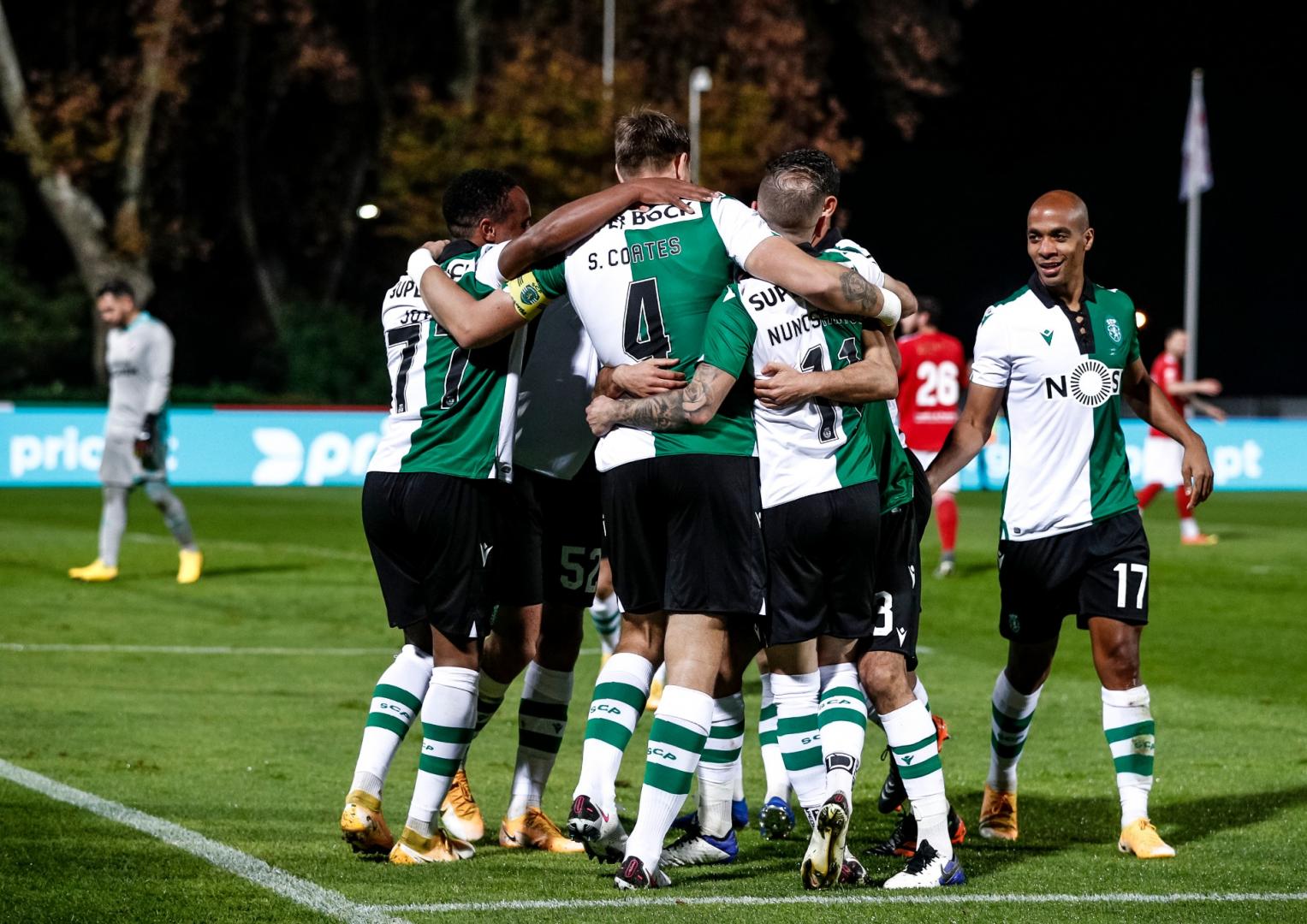 Whilst a host of further chances followed, another notable moment came with the introduction of João Palhinha, who had represented SG Sacavenense at youth level and was honoured before kickoff.

A final flurry saw another second half substitute, 22-year-old striker Pedro Marques, score his first two goals for the club -in only his second game, having debuted in 2018/19. The second was off an assist from Tabata’s cross, for which he was in the right place at the right time.

The last move of the night provided the final goal, as B team regular Gonçalo Inácio headed in a Tabata free kick.

With a 1-7 win to their name in the Third Round, Sporting CP move on in the Taça de Portugal. Next up for them is a Liga NOS game against Moreirense FC this weekend at the Estádio José Alvalade. 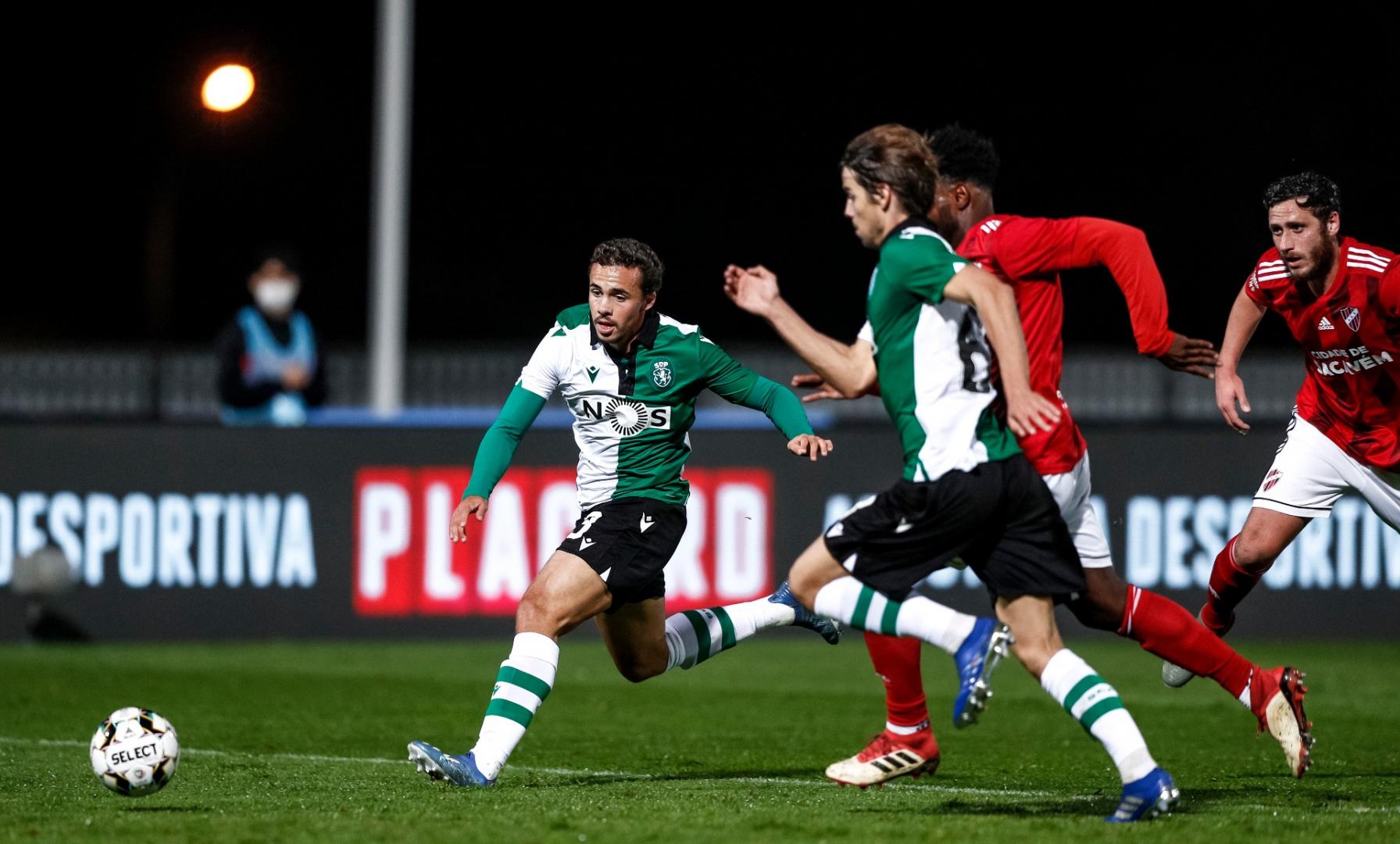 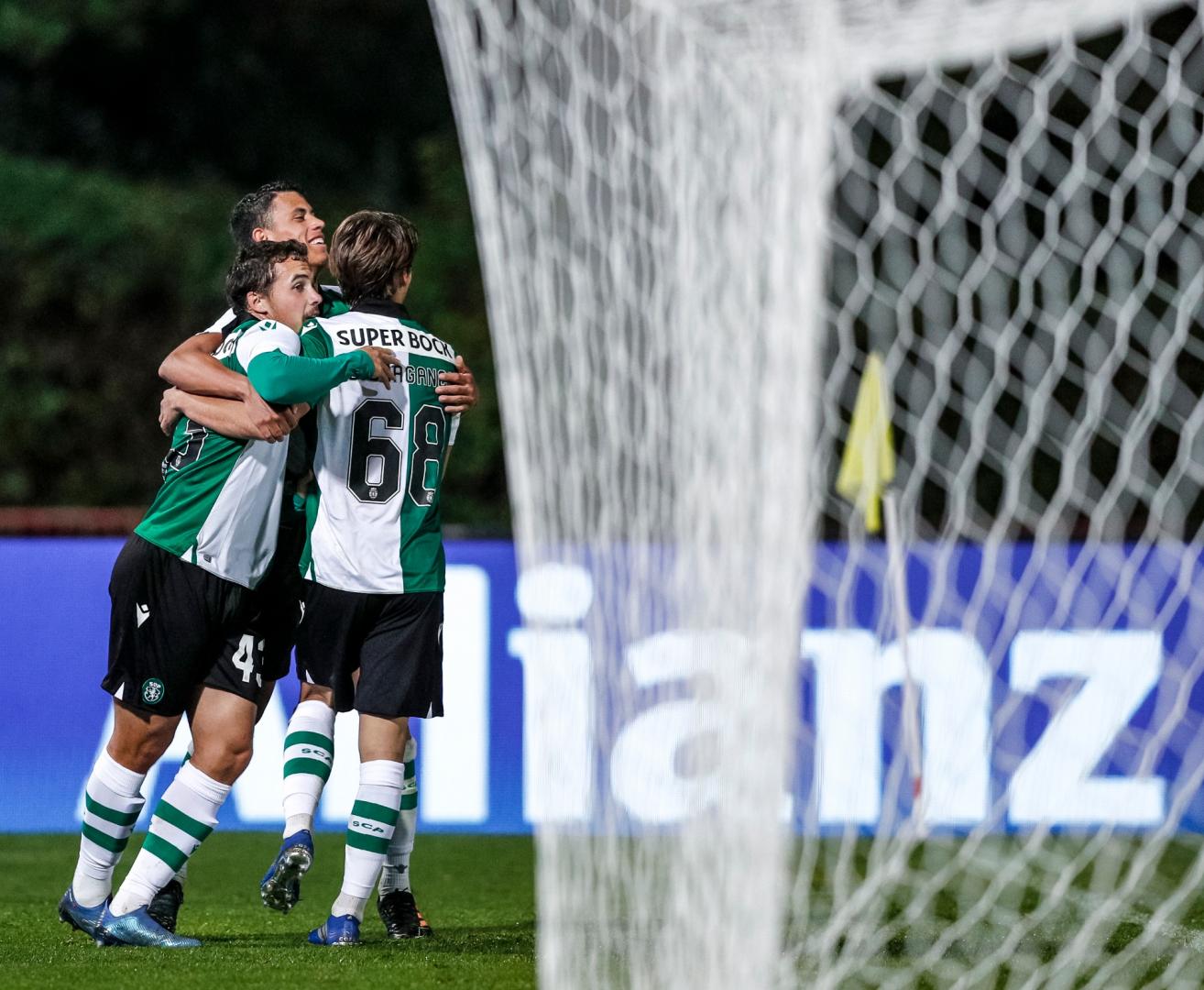 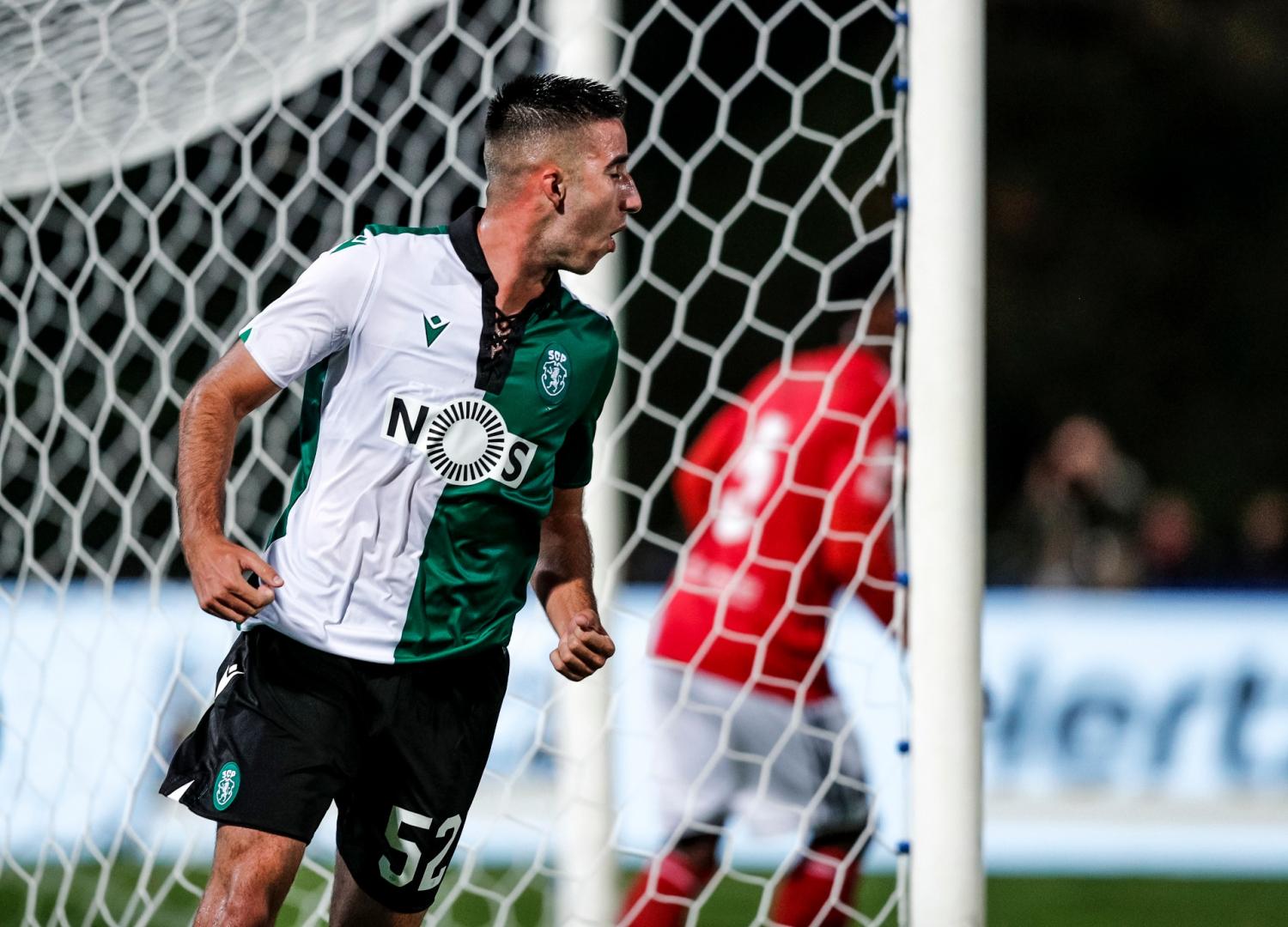 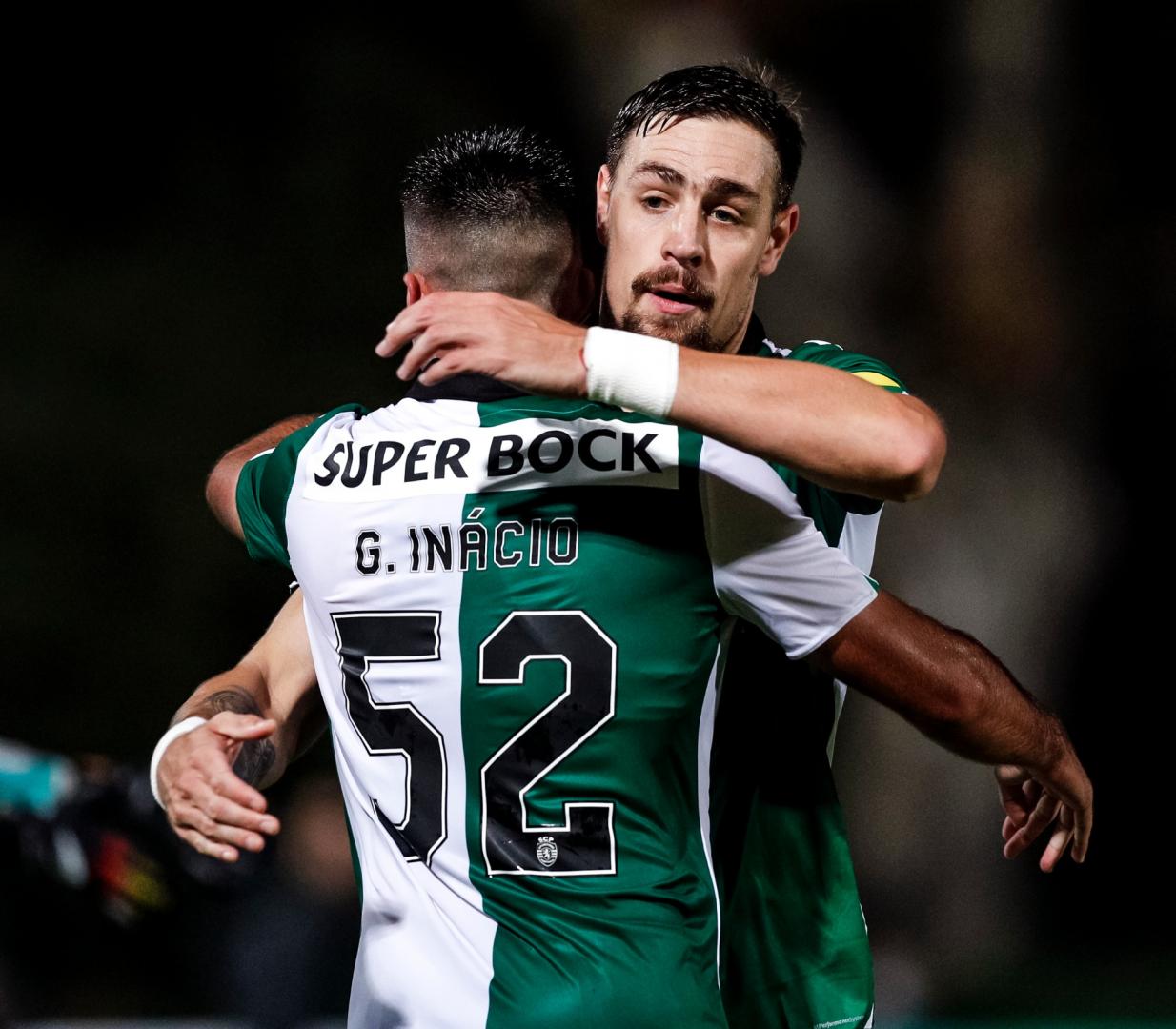