A late goal from the penalty spot by Andraž Šporar handed Sporting CP a slim 1-0 victory over SC Farense on Liga NOS Matchday 10, as the team continue top of the table.

Os Leões had to adjust to two absences in their game against the newly promoted side: Jovane Cabral was unavailable for selection due to injury, whilst coach Rúben Amorim saw out the final fixture of his 15-day touchline ban incurred against Famalicão.

Returning to the squad and the starting lineup was Nuno Mendes, in one of the adjustments made for the Saturday encounter.

SC Farense were daring in the early going at the Estádio José Alvalade, and were even the first side to create danger, through former Sporting CP player Ryan Gauld. However, the home team soon imposed their own pace on the encounter -albeit without testing the opposition goalkeeper.

With more than half an hour gone and practically no opportunities created, the difficulties in penetrating SC Farense's defensive wall became increasingly noticeable, with the only two exceptions being Zouhair Feddal's header over the crossbar and João Palhinha's shot wide off a deflection.

Moments before the halftime break, Gauld had a half-chance for the visitors. The response from Sporting CP was a powerful Tiago Tomás shot from a narrow angle that slammed into the post. Neither side could break the deadlock, and the game went into the interval 0-0. 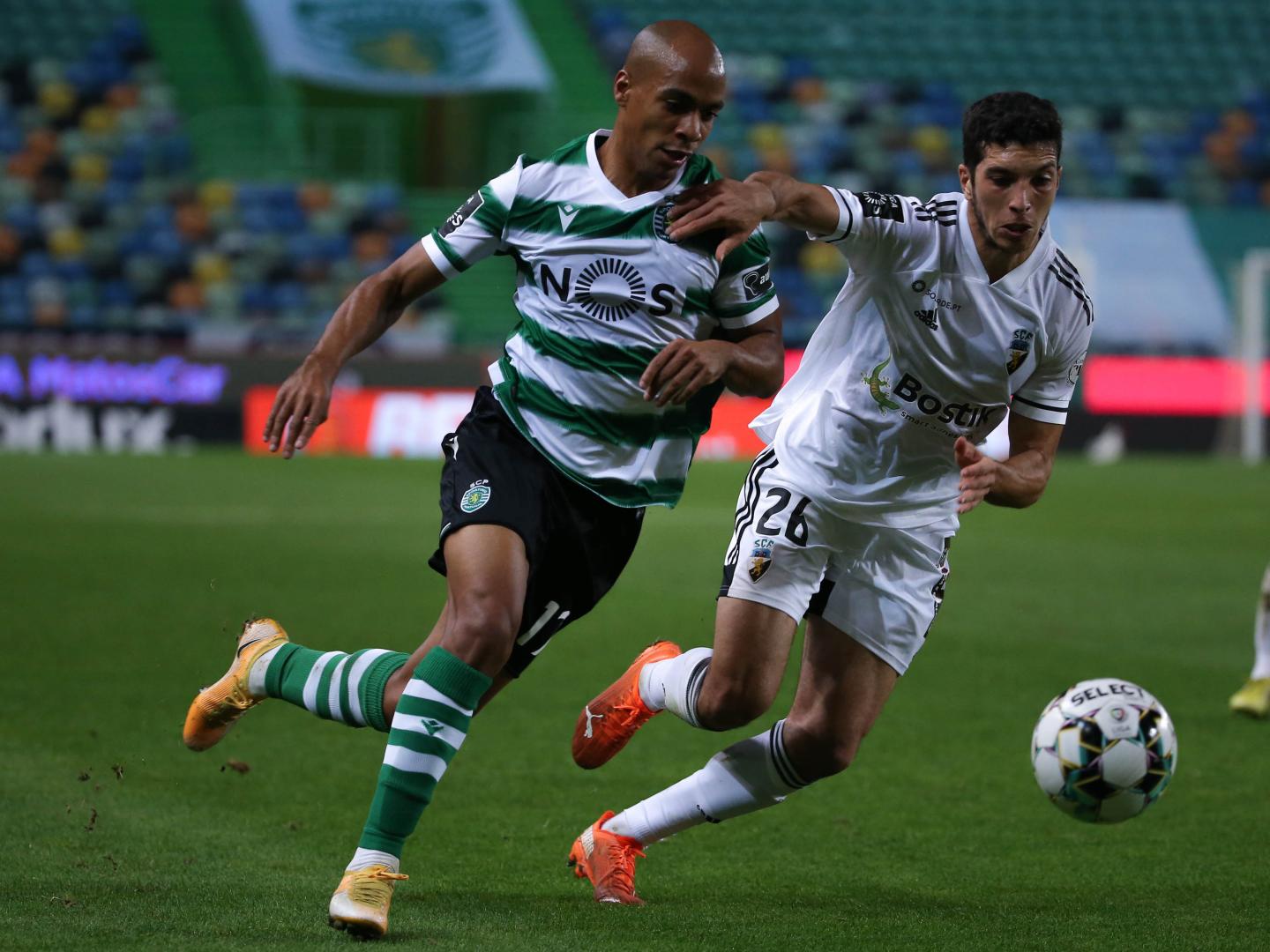 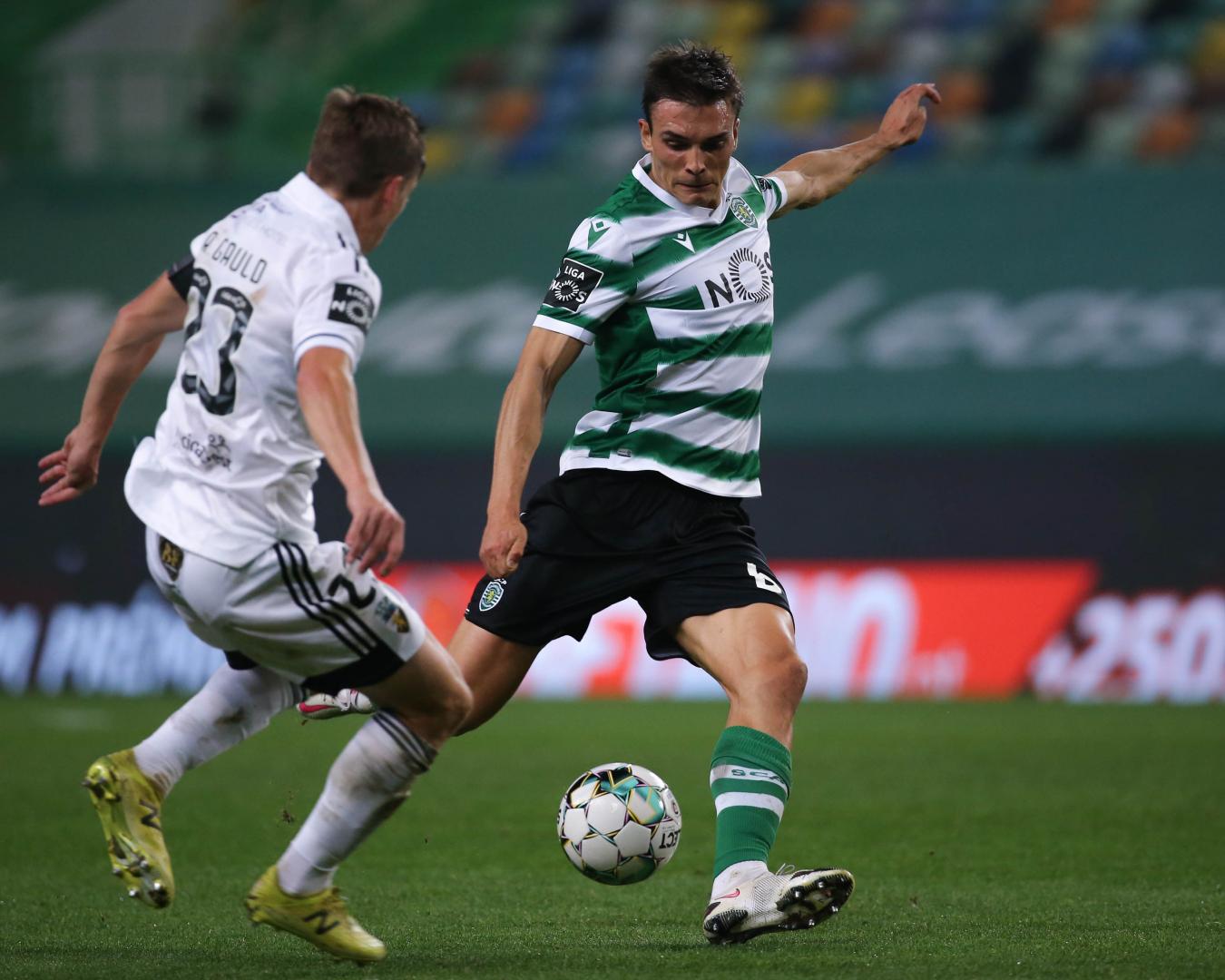 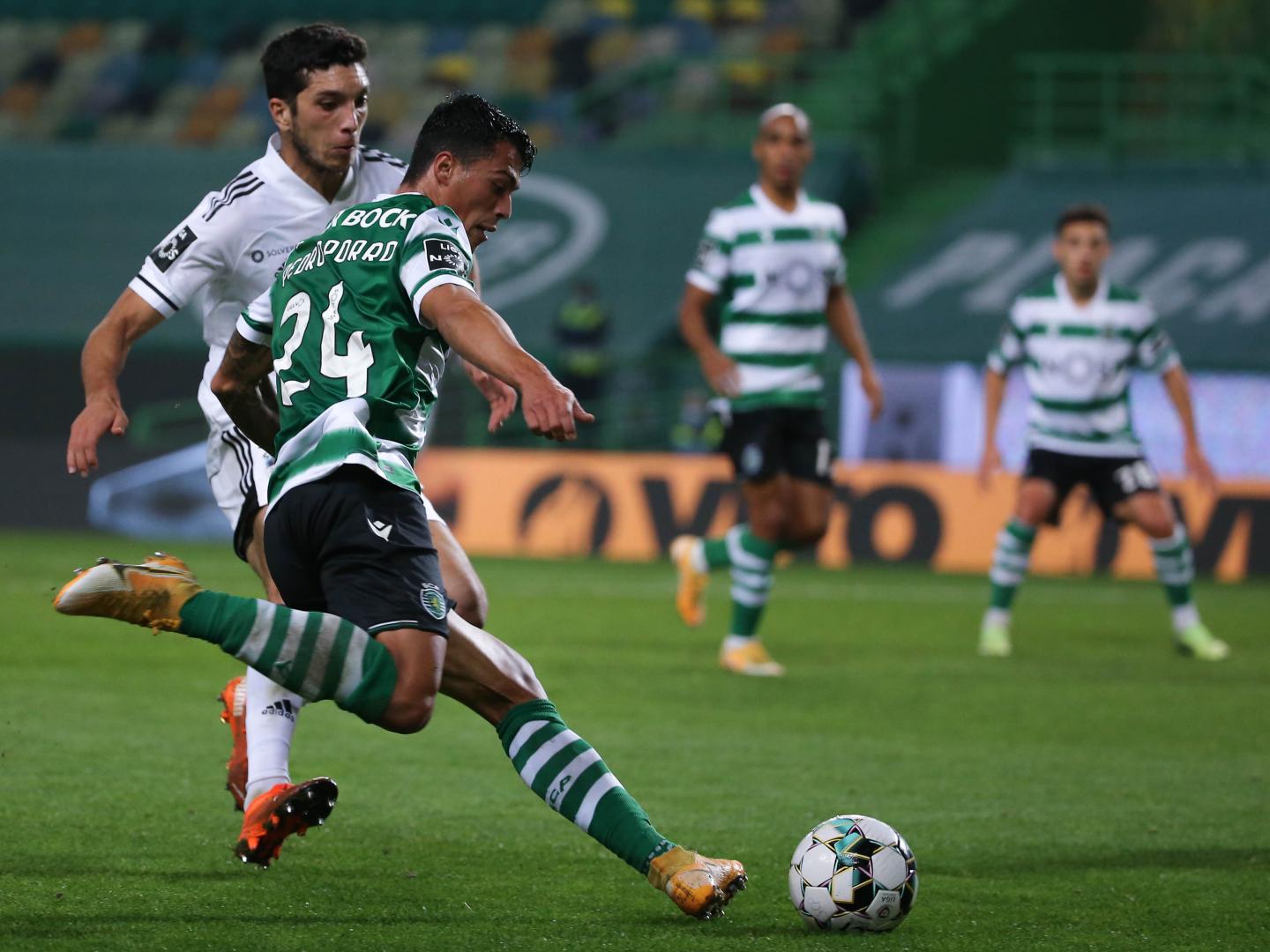 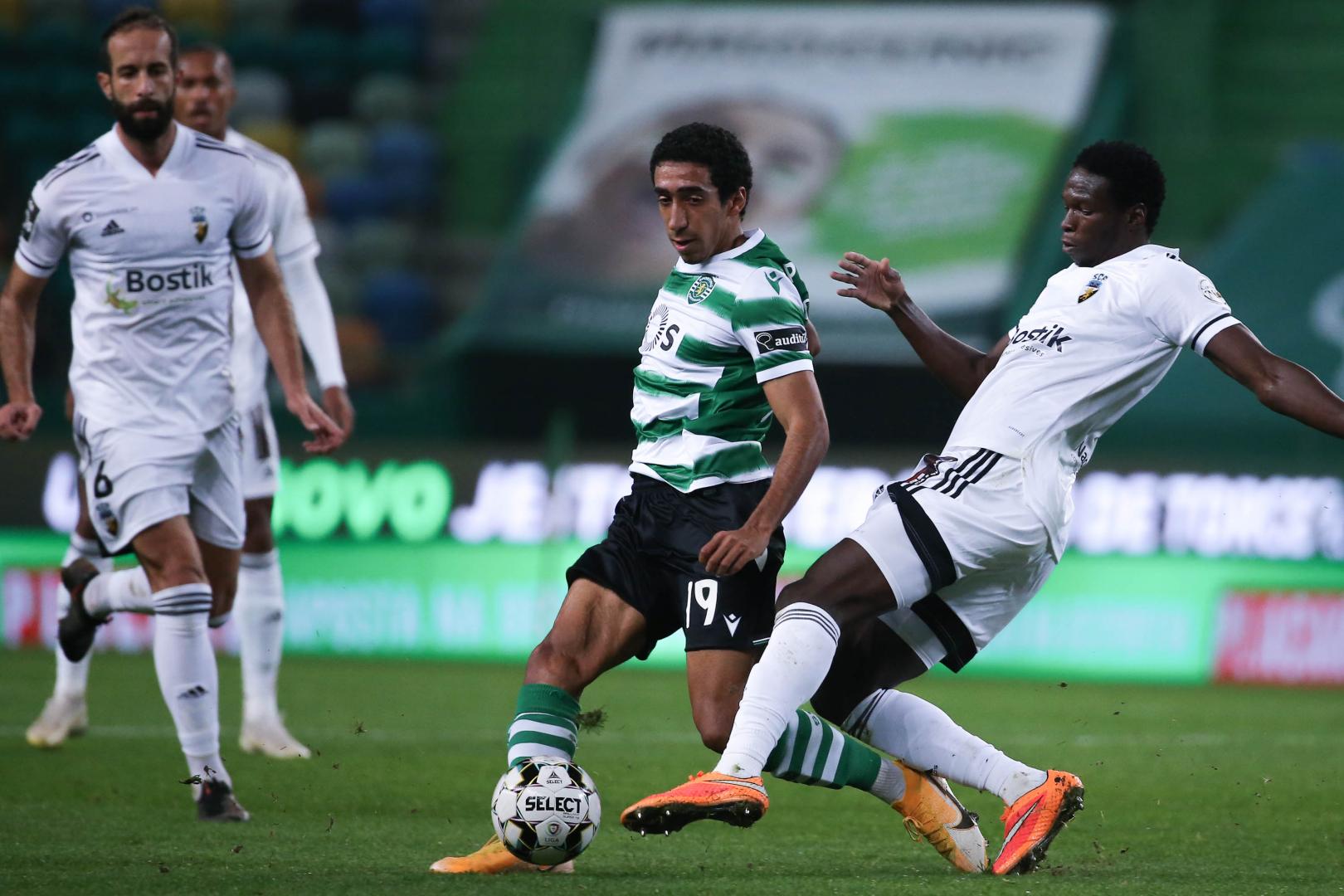 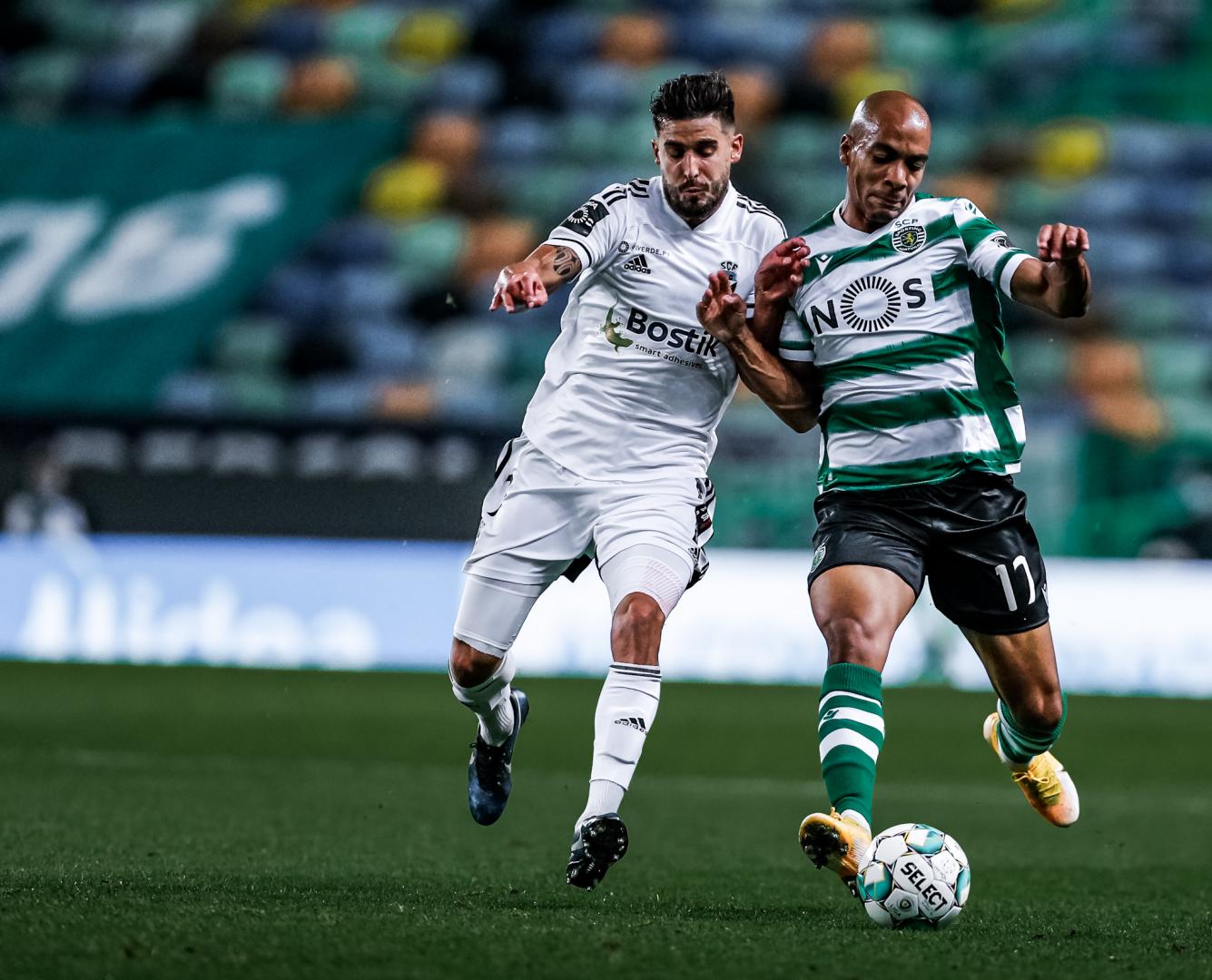 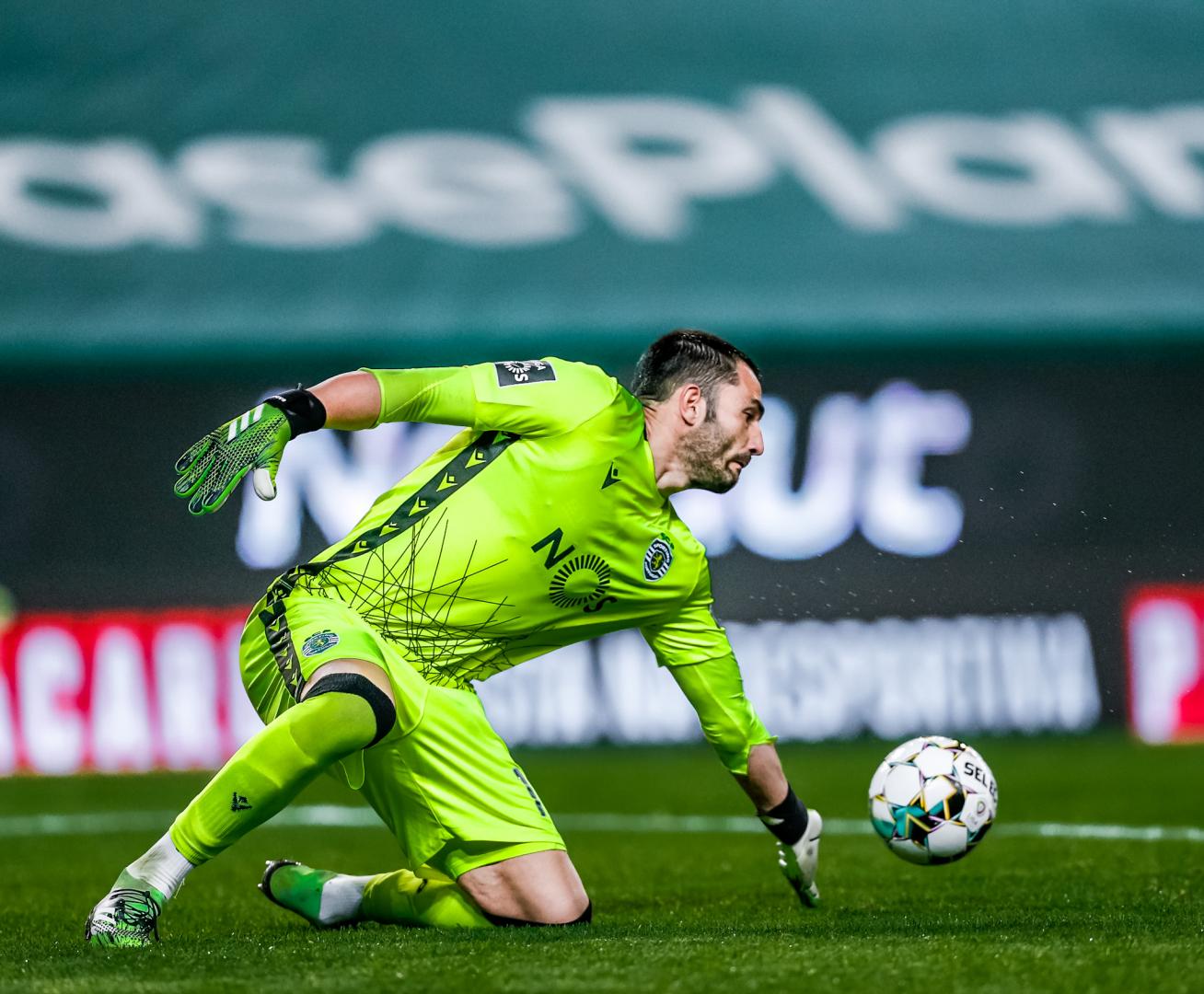 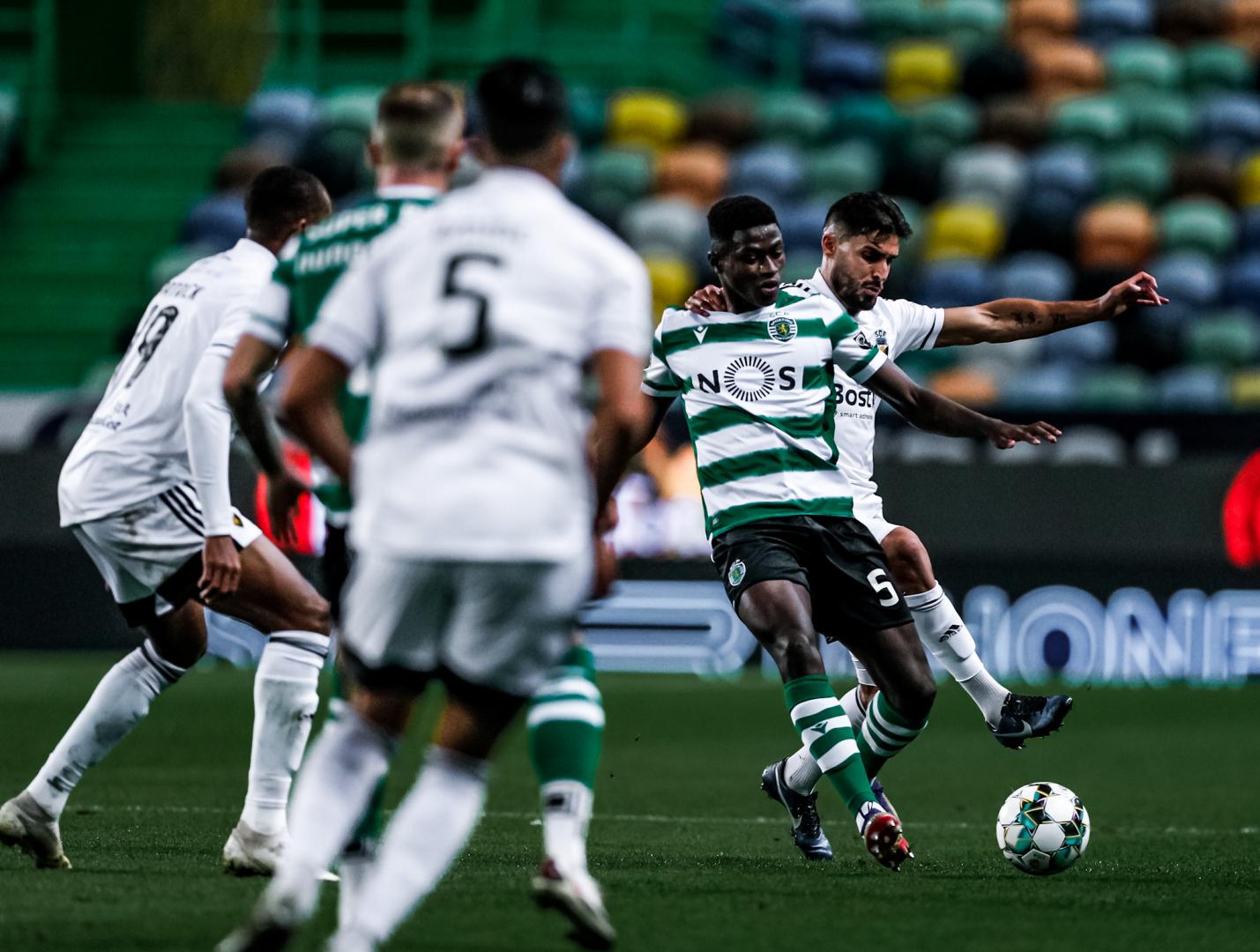 After the restart, a 52nd minute effort from November's Player of the Month, Pedro Gonçalves, gave the opposition cause for concern. SC Farense defended solidly, and Sporting CP decided to bring on Bruno Tabata or Nuno Mendes on 70 minutes. He came close off a devilish delivery in, which Rafael Defendi clawed out for a corner.

In the last 10 minutes, with time slipping away, Nuno Santos tried his luck from a free kick, but to no avail.

Finally, the winning strike came from a penalty, deep into stoppage time. Following a cross into the area, Rafael Defendi brought down Feddal, earning him a red card and Sporting CP a lifeline from the spot. Andraž Šporar stepped up to convert, with no time for a fightback from the visitors.

The hard fought win keeps Os Leões top of the table with 26 points. Next up for them is a game away to Belenenses SAD on December 27th.