Sporting Clube de Portugal kicked off 2021 in style with a 2-0 win over SC Braga at the Estádio José Alvalade. Both goals in the Liga NOS Matchday 12 encounter came in the second half, scored by Pedro Gonçalves and Matheus Nunes.

Rúben Amorim brought back Zouhair Feddal and Nuno Santos to his starting XI, replacing Gonçalo Inácio and Bruno Tabata -who had featured against Belenenses SAD. Sporting CP started the game with their usual high press, and in the third minute Nuno Santos was left almost completely alone on the attack. However, Ricardo Esgaio would dispossess him just before he could get a shot off.

Sporting CP had a penalty kick controversially waved away by referee Fábio Veríssimo, when Feddal was pushed by Rolando.

Off a great cross by Pedro Porro from the right, Nuno Santos was just inches from providing the finish. Off the second ball, Feddal delivered a powerful shot off target. SC Braga responded with an attempt by Ricardo Horta Antonio Adán saved.

A second penalty kick was not given, this time for a handball by Fransérgio, before the 30 minute mark, as the decisions failed to go Sporting CP’s way.

The visitors grew in confidence when Ricardo Horta tested Adán again, and Al Musrati would go on to hit the post, but Sporting continued to threaten and had another penalty kick denied before the break: Raul Silva was adjudged not to have fouled Tiago Tomás in the Braga area.

After the halftime break, SC Braga’s Paulinho’s goal was disallowed for offside after a check of VAR, in the away team’s closest chance.

A few moments later Pedro Porro sent a free-kick into the hands of goalkeeper Matheus, but it would not be long before the deadlock was broken: A cross from Nuno Mendes on the left was met by Nuno Santos on the right, the latter perfectly positioned to set up Liga NOS’ top scorer Pedro Gonçalves for his 11th strike of the season. 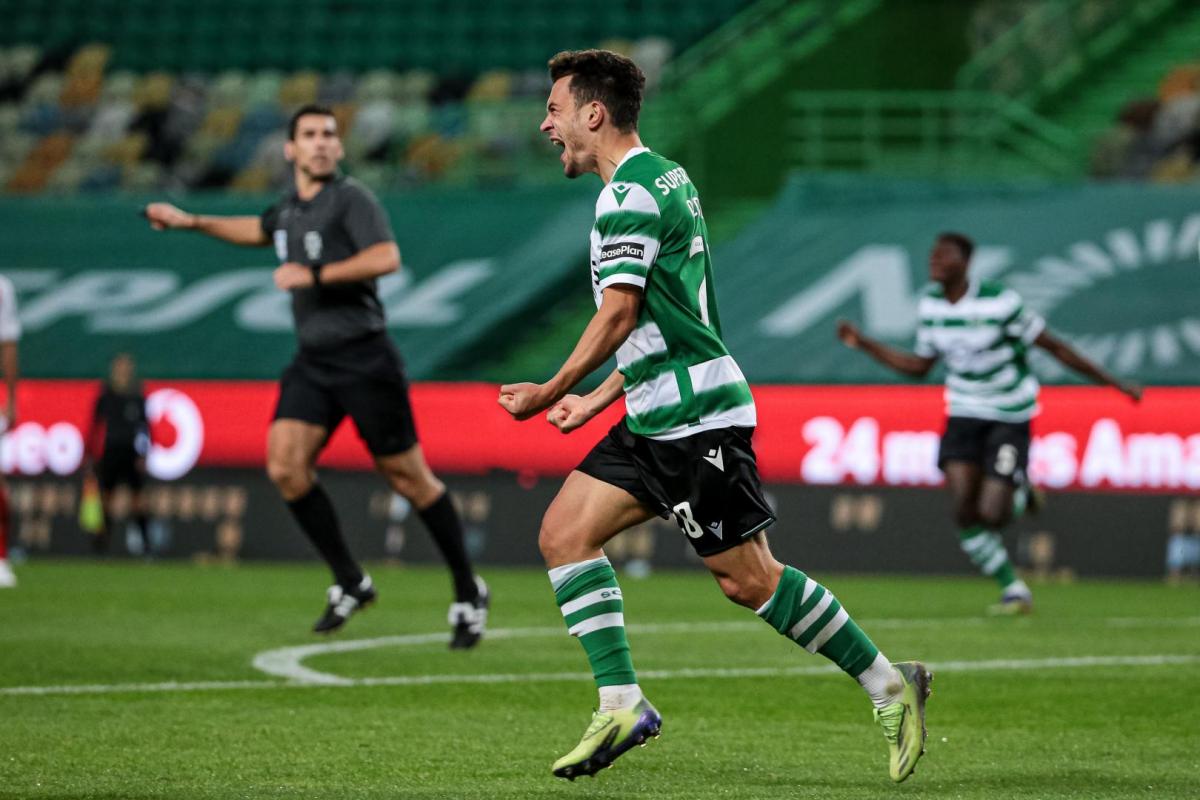 Rúben Amorim decided to make changes with the score at 1-0, taking off Tiago Tomás and Nuno Santos for Andraž Šporar and Bruno Tabata. SC Braga came back with another chance for Horta, which Adán proved to be a match for.

The game settled down, and Sporting CP sealed the win on 78 minutes thanks to a Šporar counterattack. The shot by the Slovenian was saved, and second half substitute Matheus Nunes – slammed in the rebound for his first goal for the club.

The 2-0 result from a tricky tie keeps Sporting CP top of the table. Their next Liga NOS game is against CD Nacional away, on Matchday 13. 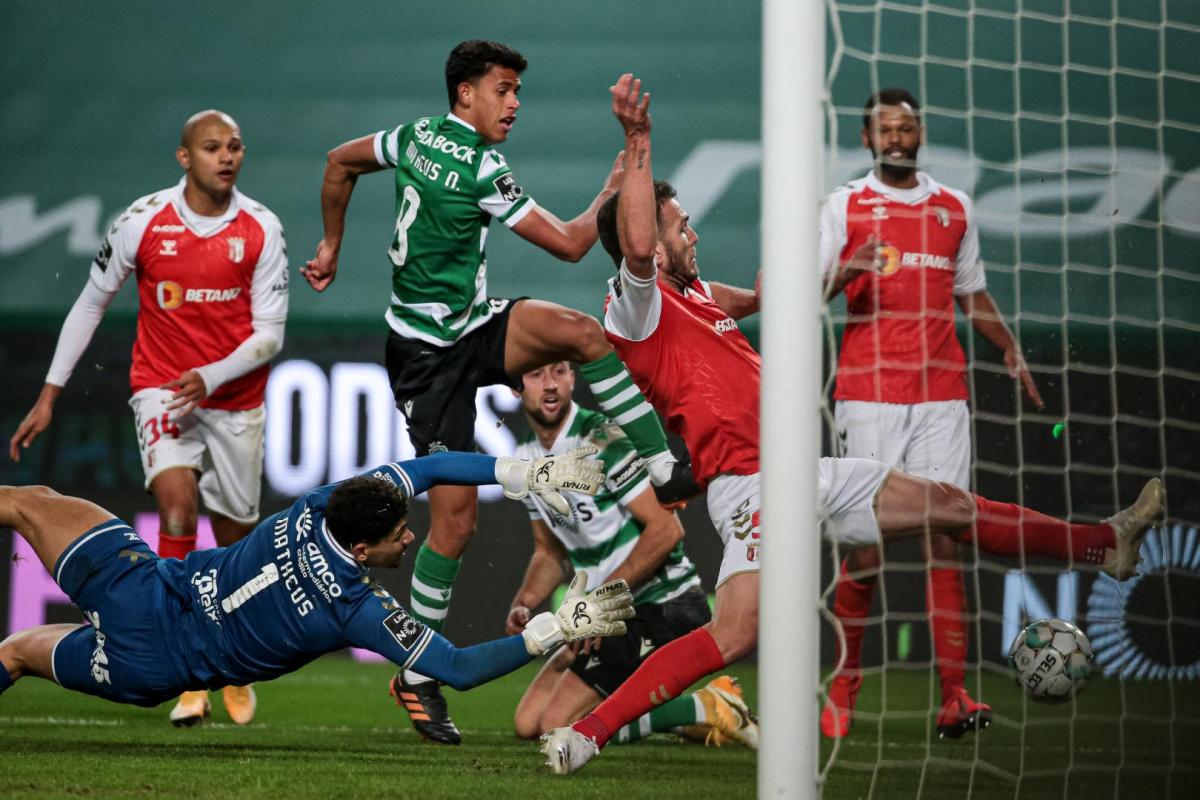