The reigning league champions had some early adversity to overcome, with captain Sebastián Coates unavailable for the encounter with their cross-town rivals. Zouhair Feddal, Pedro Porro, Matheus Reis and Manuel Ugarte came into the starting lineup, with Ricardo Esgaio, Nuno Santos and João Palhinha dropping out.

In the stands, thousands of Sportinguistas filled the away section, and made themselves heard long before kickoff.

The first 45 minutes turned out to be a true masterclass by Rúben Amorim's side. Despite the two yellow cards shown to Zouhair Feddal and Paulinho a few seconds after the game got underway, it was Sporting CP who began better, with shots from Pedro Porro and Pablo Sarabia.

The opening goal came in the eighth minute, when an excellent move ended with a fantastic cross from Pedro Gonçalves to Pablo Sarabia, who struck first time past a static Odysseas to make it 0-1. 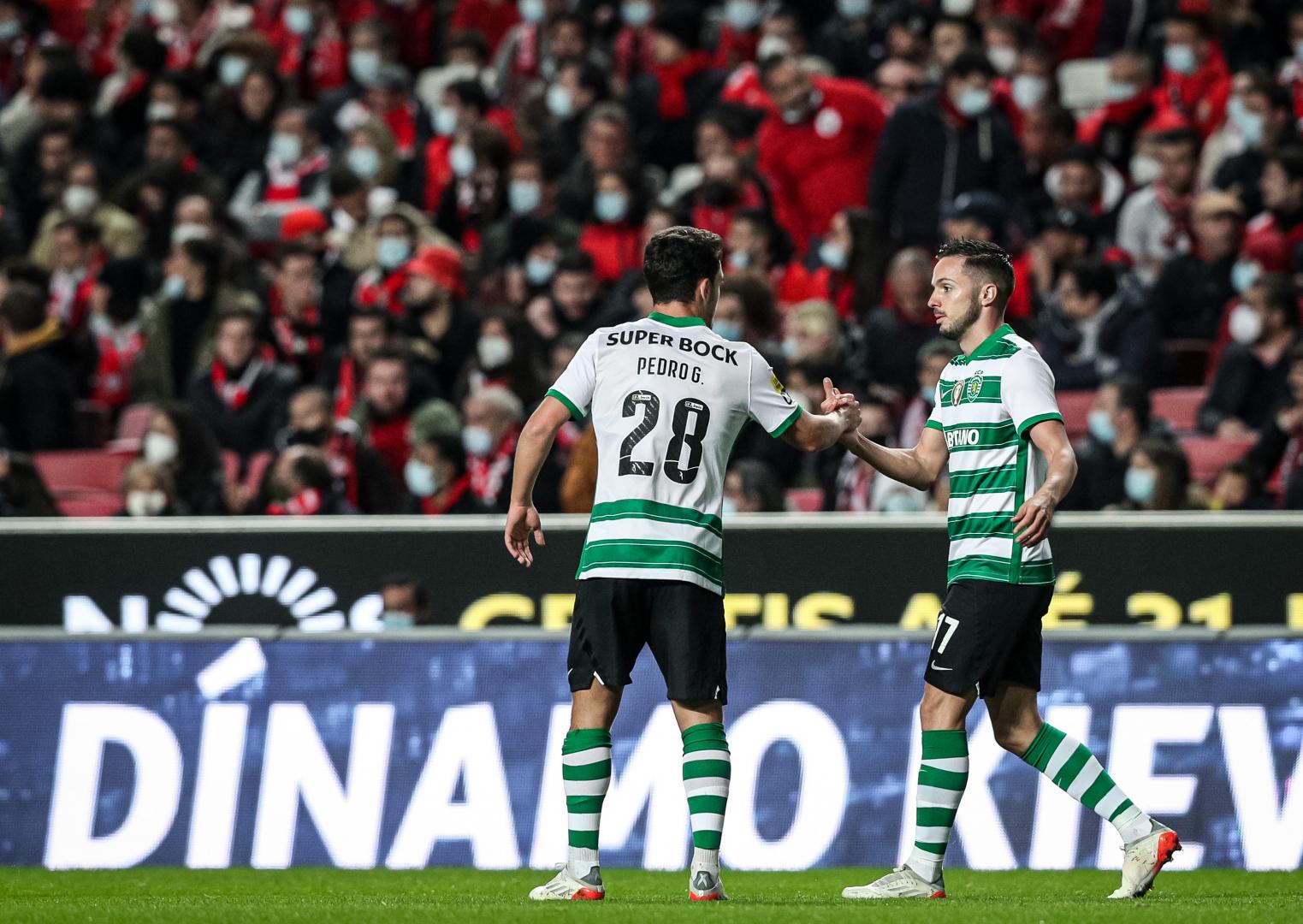 SL Benfica tried to attack with intensity, but the visitors soaked up the pressure and controlled the midfield. Grimaldo's header, saved by Antonio Adán, was the first and only shot by the home team in the first half.

Sporting CP then enjoyed several scoring opportunities. First, Gonçalves missed the target when in an excellent position -with the flag later raised for offside. Then, in the 37th minute, a counterattack concluded with an attempt that came back off the post.

A goal for Paulinho, disallowed by VAR for offside, took the game into the interval, with Sporting CP having had less possession (65% to 35%), but much more shots (1-6) and more corners (1-3), as well as taking the lead. 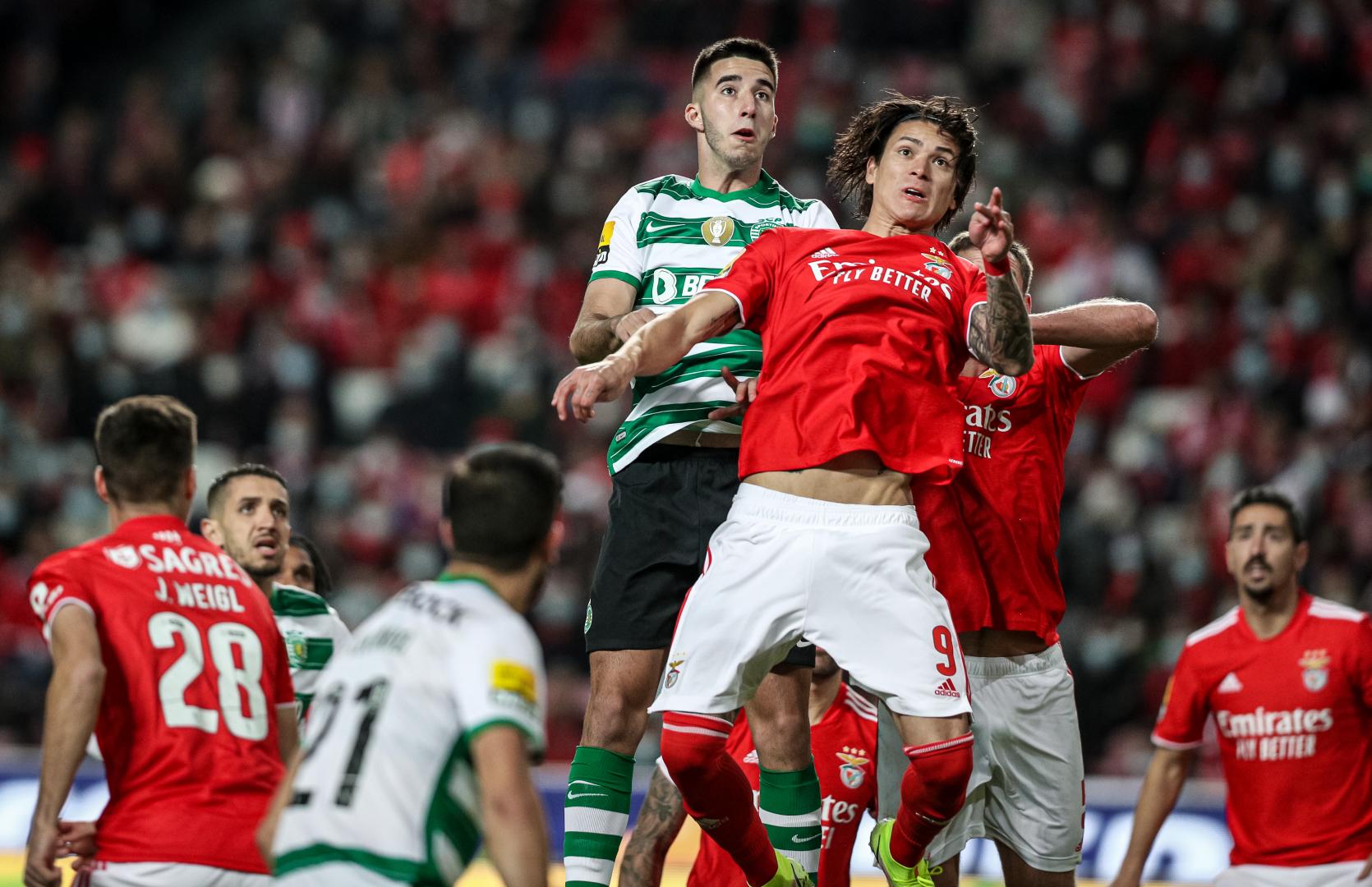 Zouhair Feddal made way for Ricardo Esgaio at the start of the second half and SL Benfica turned up the heat upon the restart, and hit the post through Darwin's header. Shortly thereafter, João Mário went through on Adán, but the Spanish keeper calmly sent the ball away.

On the counterattack that followed, Sporting CP took the score to 0-2. Matheus Nunes covered plenty of ground with the ball and set up Paulinho perfectly, with the striker providing a classy finish. 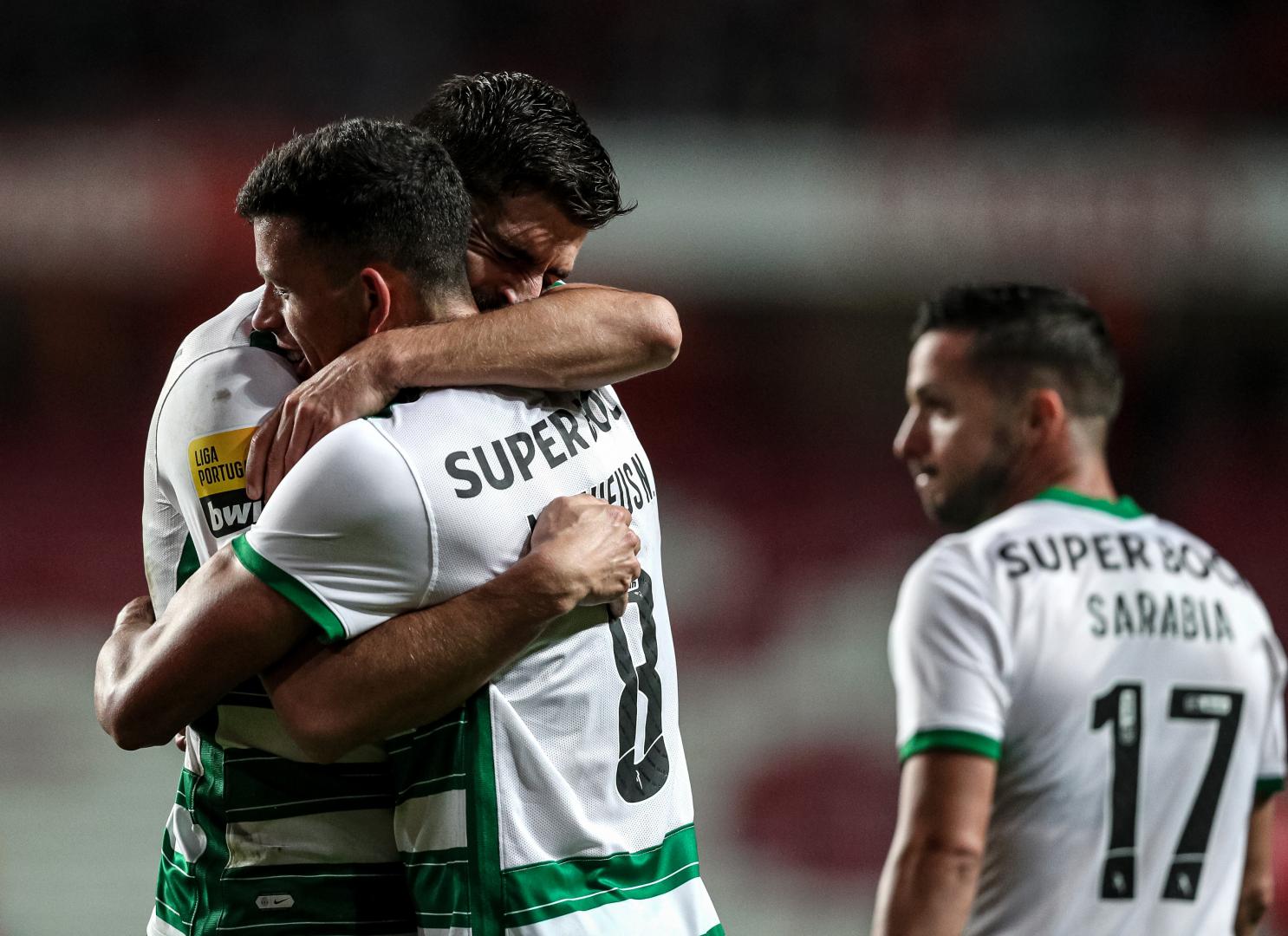 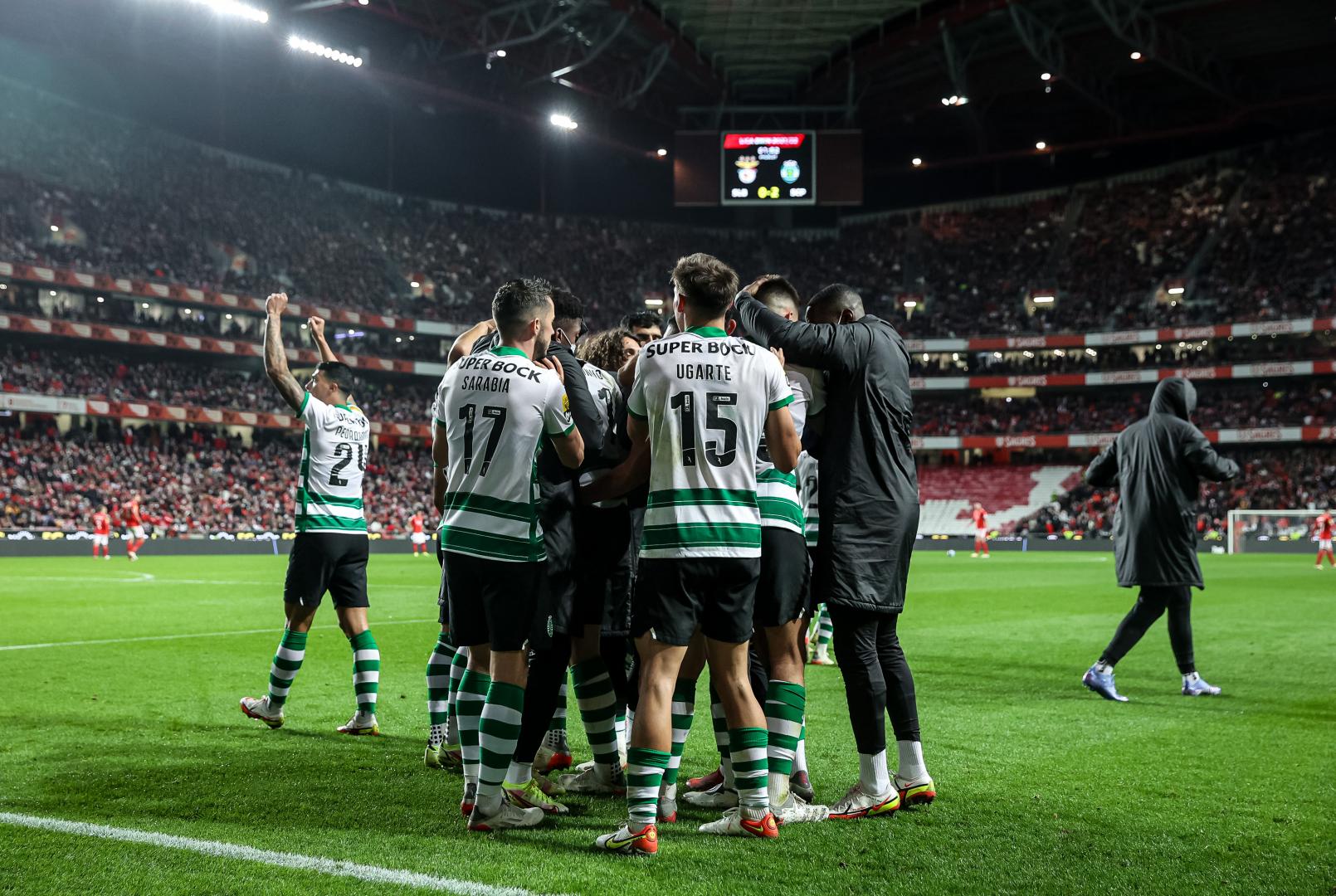 A Rafa Silva chance off the post was SL Benfica's response, but on 68 minutes the win was put beyond all doubt: Another tremendous sprint by Matheus Nunes sent him through to close in on Odysseas, beating him with a shot. 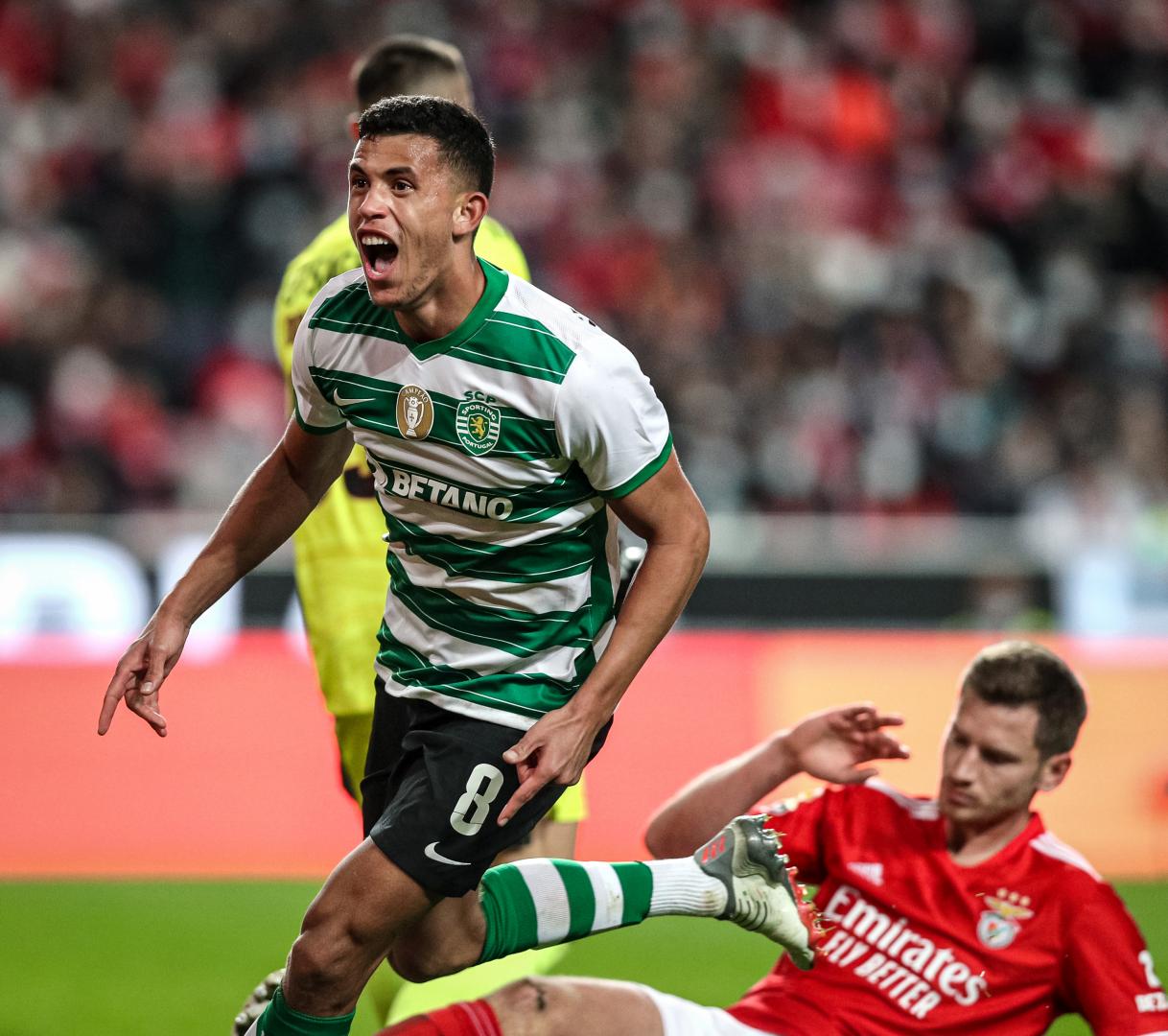 A Pizzi goal prevented a Sporting CP clean sheet, but the 1-3 result gave Os Leões the win, the league lead and a 12th consecutive victory in all competitions. They will now visit AFC Ajax for the sixth and final matchday of the UEFA Champions League group stage.