The forward leads a comeback in a 3-2 triumph

Sporting Clube de Portugal won 3-2 against Portimonense SC in their last game of 2021. A hat trick from Paulinho enabled the team to overcome an initial deficit, as they continued a run of domestic victories.

The game at the Estádio José Alvalade started with an early chance, as in the third minute Matheus Nunes made a drive towards goal -but allowed the ball to go just out of play. On seven minutes there was a strong shot by João Palhinha from outside the area, that goalkeeper Samuel Portugal was required to save. 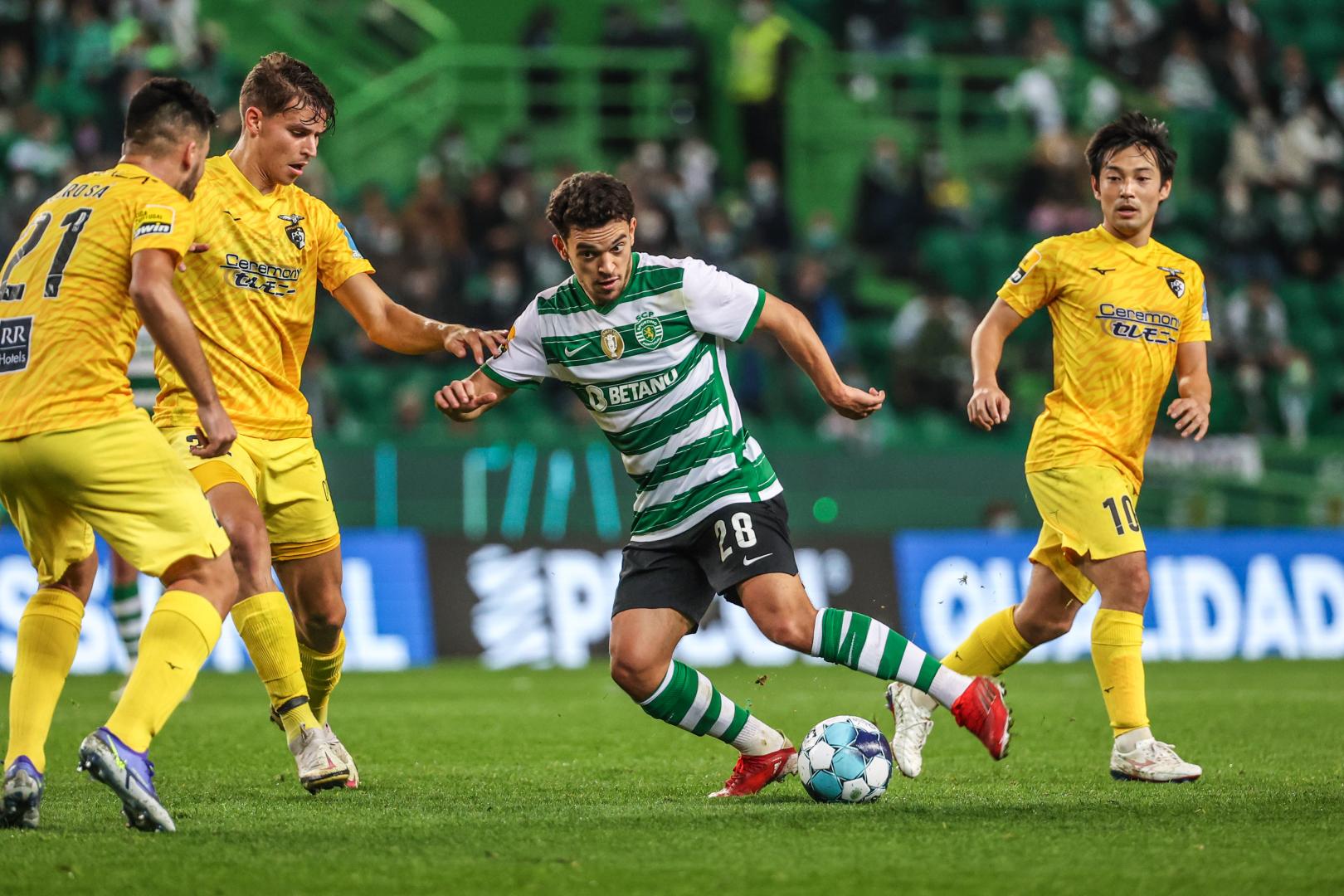 It was 10 minutes into the match before Antonio Adán was called into action: Nakajima fired a hard shot goalwards, but the goalkeeper deflected the ball onto the crossbar.

In the 20th minute, Pablo Sarabia had everything in his favour, but struck over the top with his first opportunity.

The deadlock would eventually be broken through an own goal by Matheus Reis, when the Sporting CP defender tried to intercept a cross and ended up turning it into his own net.

Paulinho and Pablo Sarabia led the charge in search of an immediate equaliser, but both would be denied.

Just past the half hour, Pedro Gonçalves called the goalkeeper into action again, and Portimonense SC held onto their lead into the interval -Sarabia and Nuno Santos coming close with their respective chances. 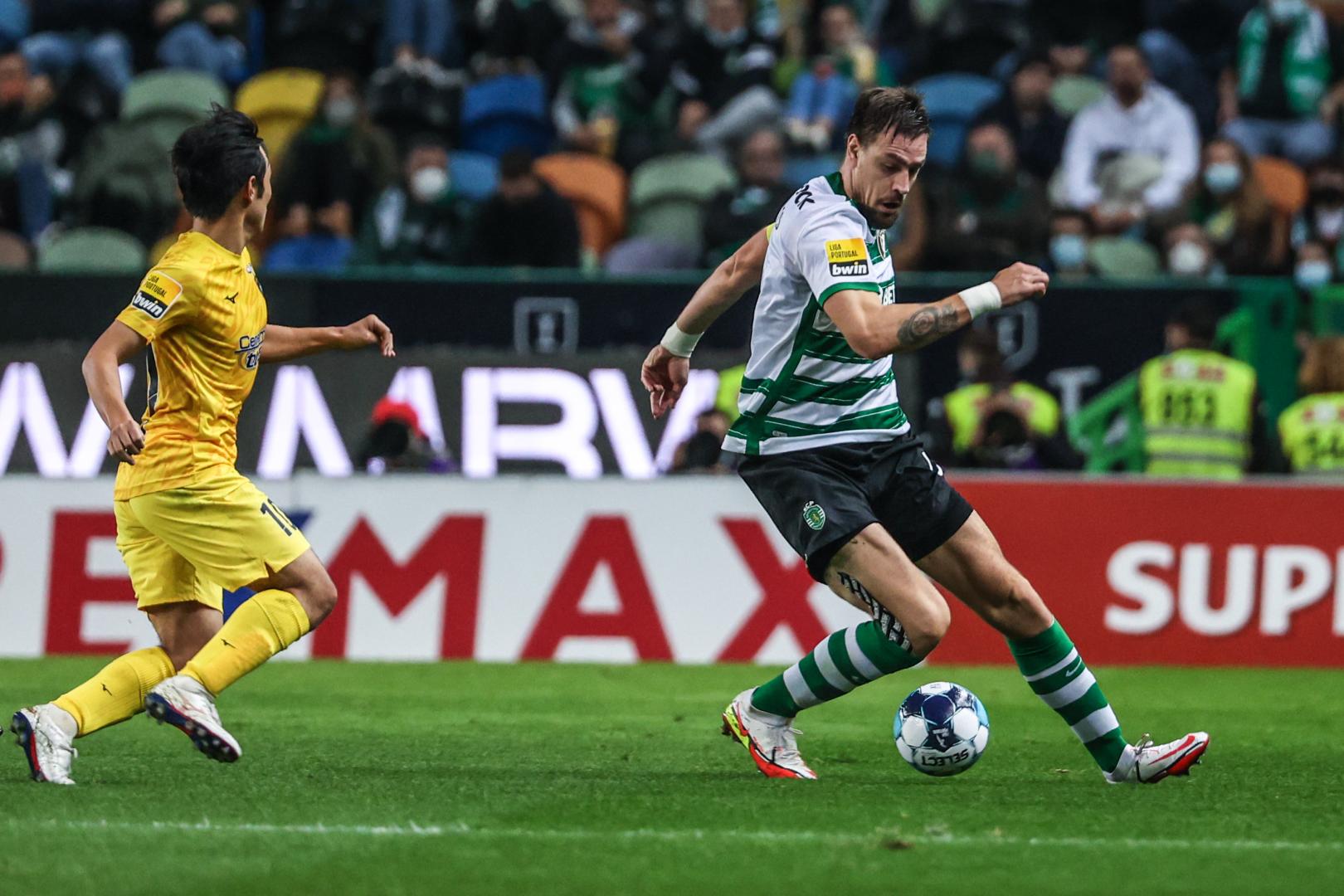 On their return from the dressing room, Sporting CP did not want to waste time and, in the first minute of the second half, Ricardo Esgaio shot just outside the right post. In minute 54, it was Paulinho who had an effort saved.

60 minutes in, coach Rúben Amorim brought on Geny Catamo, providing the 20-year-old with his debut for the first team. Shortly thereafter, Coates had a chance stifled by a last ditch challenge.

The equaliser would finally arrive, however, when Nuno Santos, on the left, crossed onto Paulinho's head - the striker making it 1-1. 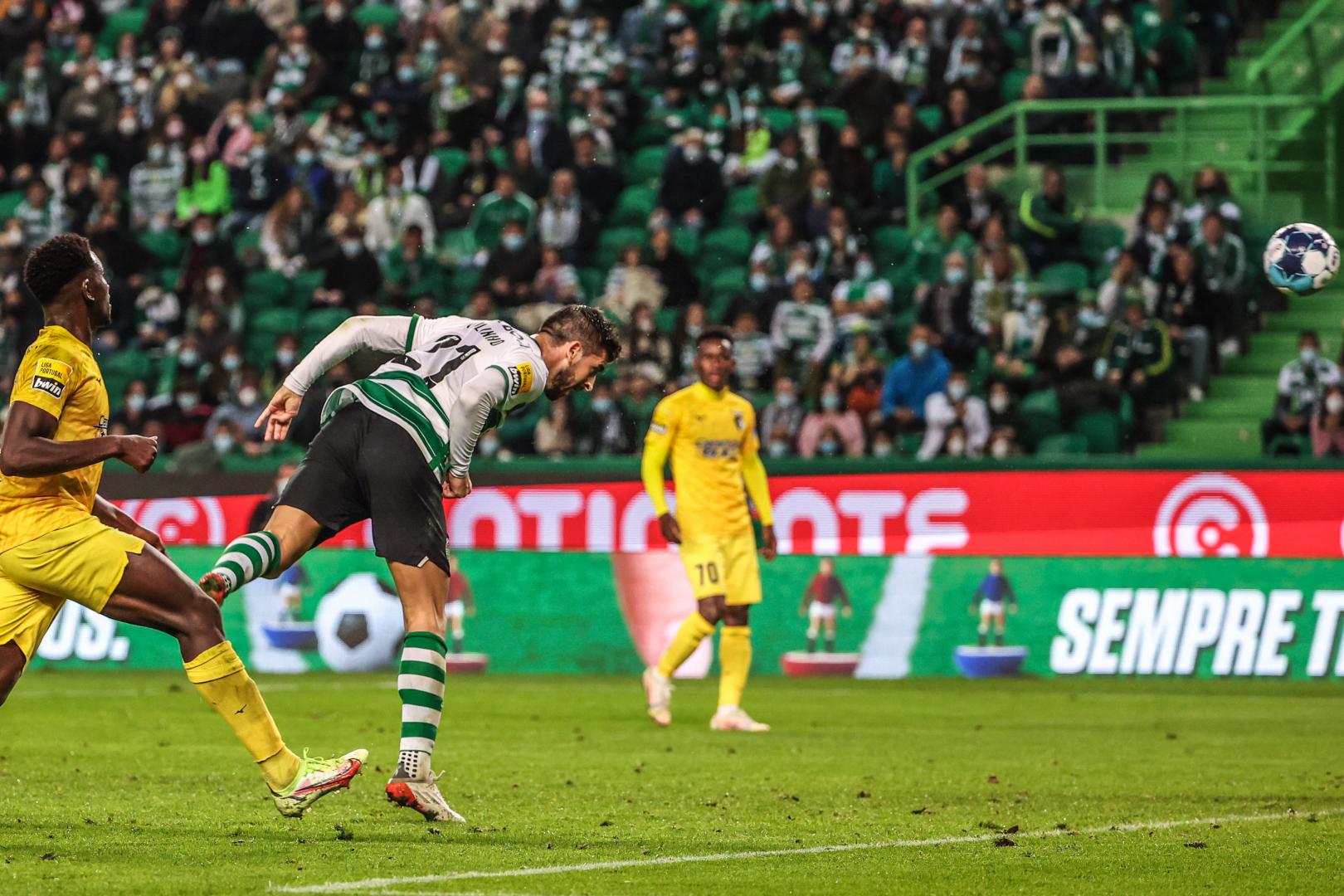 What followed was a masterclass from Paulinho. With a quarter of an hour to go before the end of the game, the 29-year-old forward scored for a second time, following up on a Gonçalves shot. 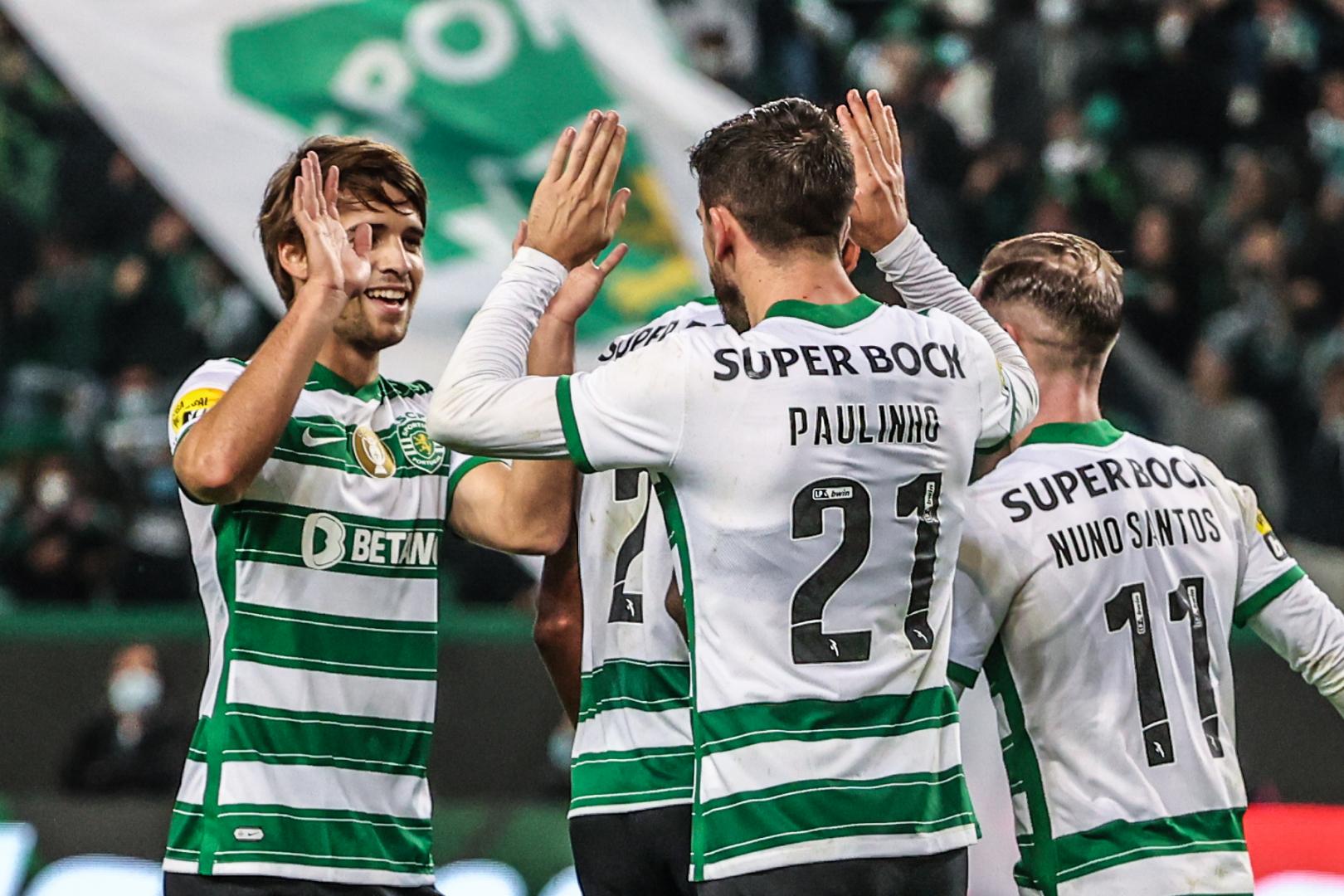 In the lead for the first time, the team went looking for more. With five minutes to go, Paulinho scored the third from a Gonçalves cross from the right.

Lucas Possignolo got a late consolation goal for Portimonense SC, but the victory went to Sporting CP to round off 2021 top of the league. 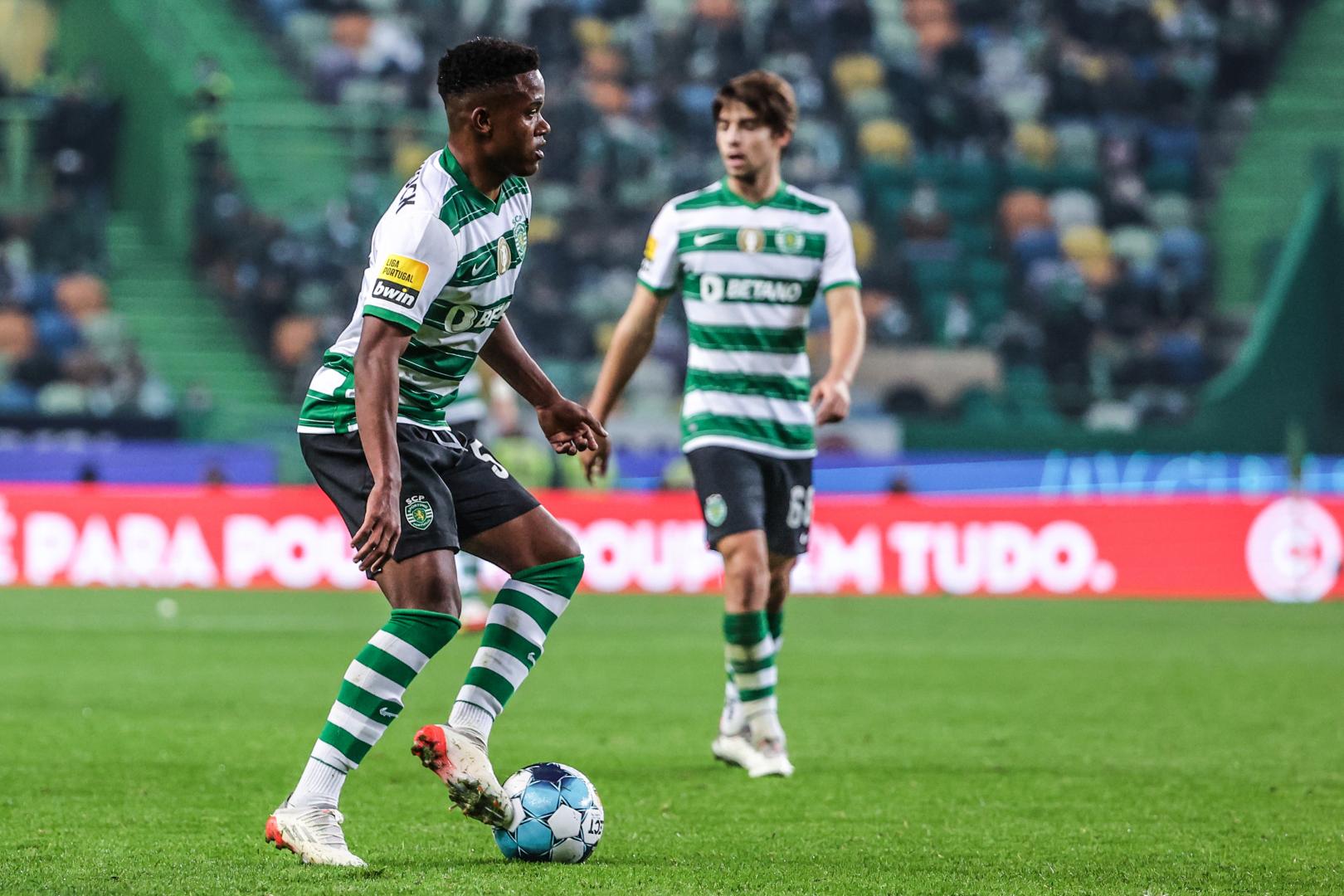 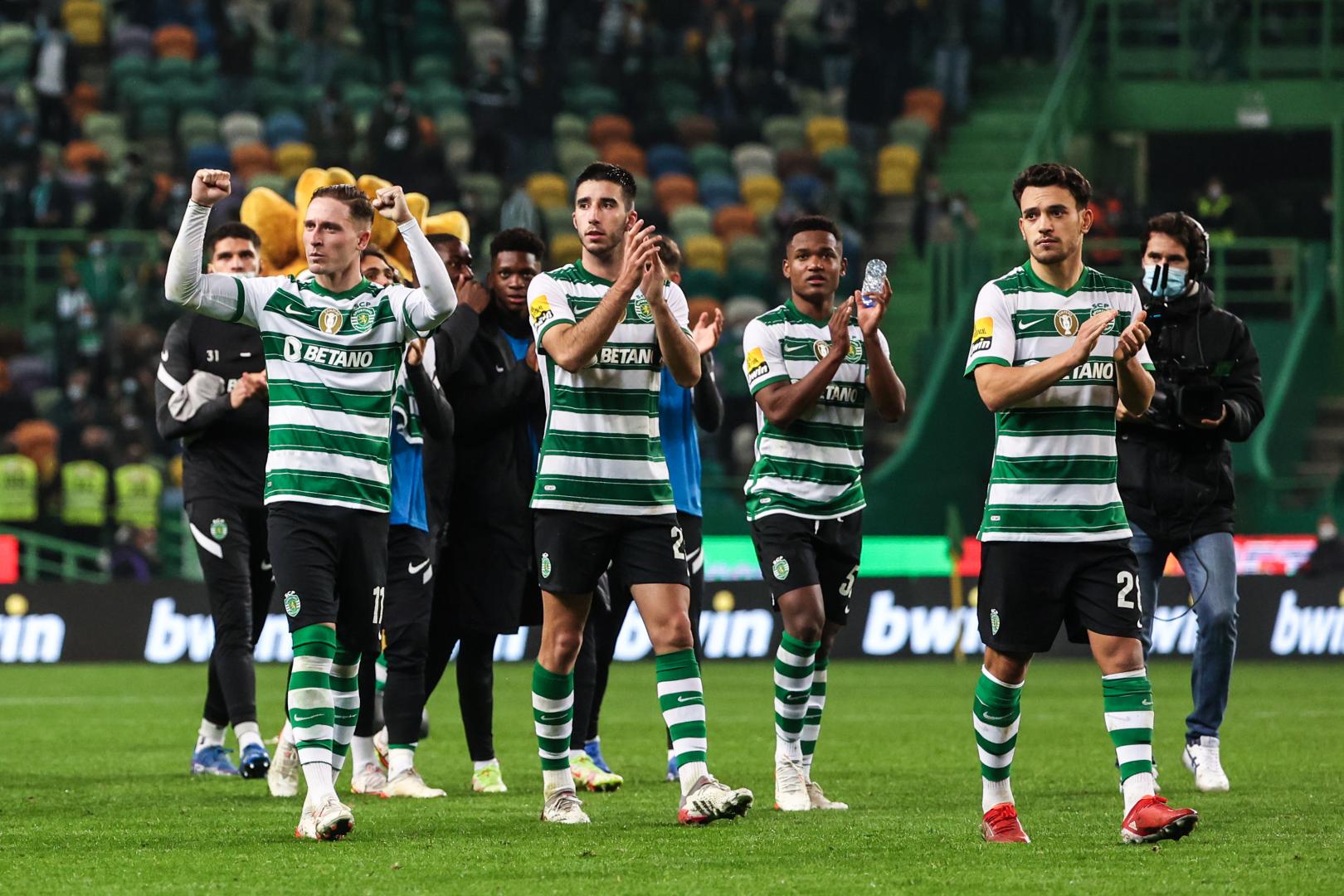