The team with 4-0 at home in the season finale 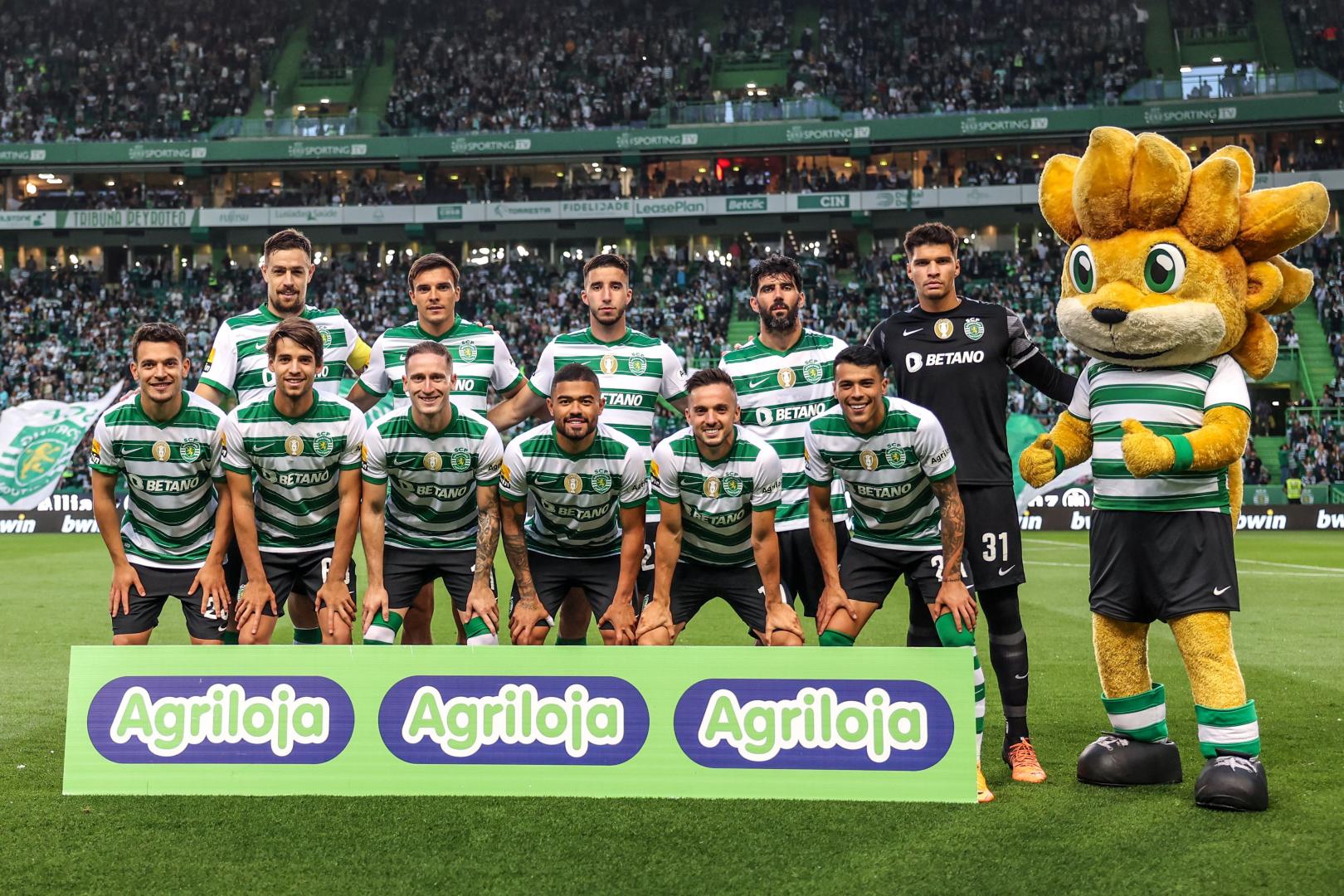 The first half featured a special moment between the fans and two departing players: Zouhair Feddal and Pablo Sarabia were playing their last match for the club, and the latter was acknowledged in the 17th minute with chants from the Sportinguistas.

The first half went by without big chances until the final minutes, despite attacks from both teams. Sporting CP provided the first warning through Luís Neto, off a corner, which Ricardo Fernandes kept out. Sarabia would then be thwarted by the away side's defence.

João Virgínia was only called upon to intervene in the 13th minute, when a long-range shot by Lincoln was dealt with by the goalkeeper.

In the 41st minute, Sporting CP opened the scoring. Pedro Gonçalves' cross from the left was not cleared by Santa Clara's Paulo Henrique, and the ball reached Tabata for him to convert. 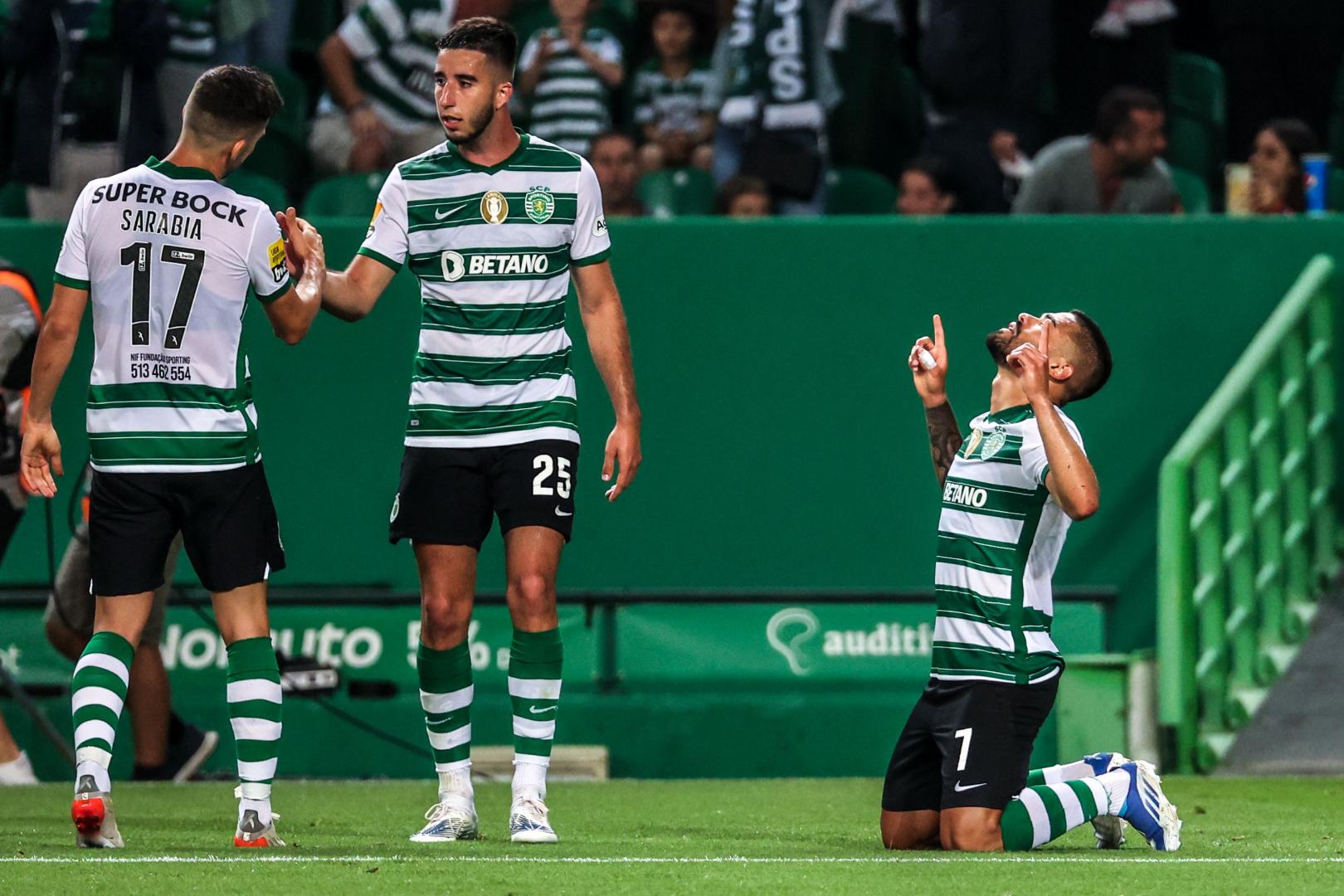 In stoppage time, Porro had the chance to make it 2-0 after a cross by Nuno Santos, but Paulo Henrique this time managed to send it out for a corner.

The second half began with another opportunity for Sporting CP: After receiving a pass from  Gonçalves, Sarabia forced Ricardo Fernandes to make two saves in a row.

Five minutes later, a cross by Nuno Santos was met by Porro, who broke free from Ricardinho and appeared at the far post to double the lead. 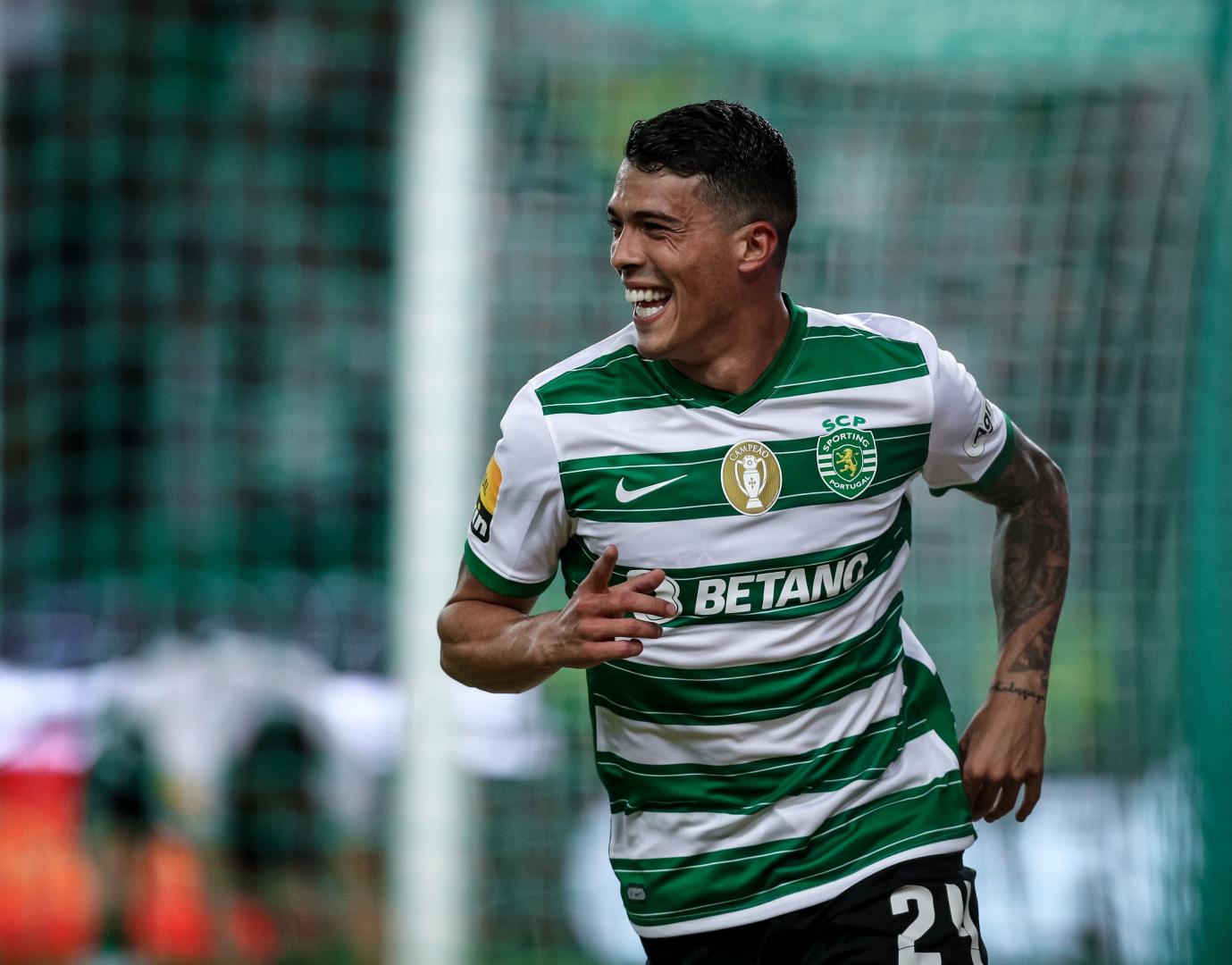 Sarabia got his goal a further five minutes later, from another cross from the left. This time Gonçalves was the provider, and the Spaniard, with only Ricardo Fernandes to beat, put away the chance. It was to be his final goal before returning to PSG at the end of his loan spell.

Amorim then started to make changes, taking off Bruno Tabata and João Palhinha for Marcus Edwards and Manuel Ugarte. Soon after, Sarabia - the most applauded player on a night of strong support for all of the team- went off to make way for Rodrigo Ribeiro. 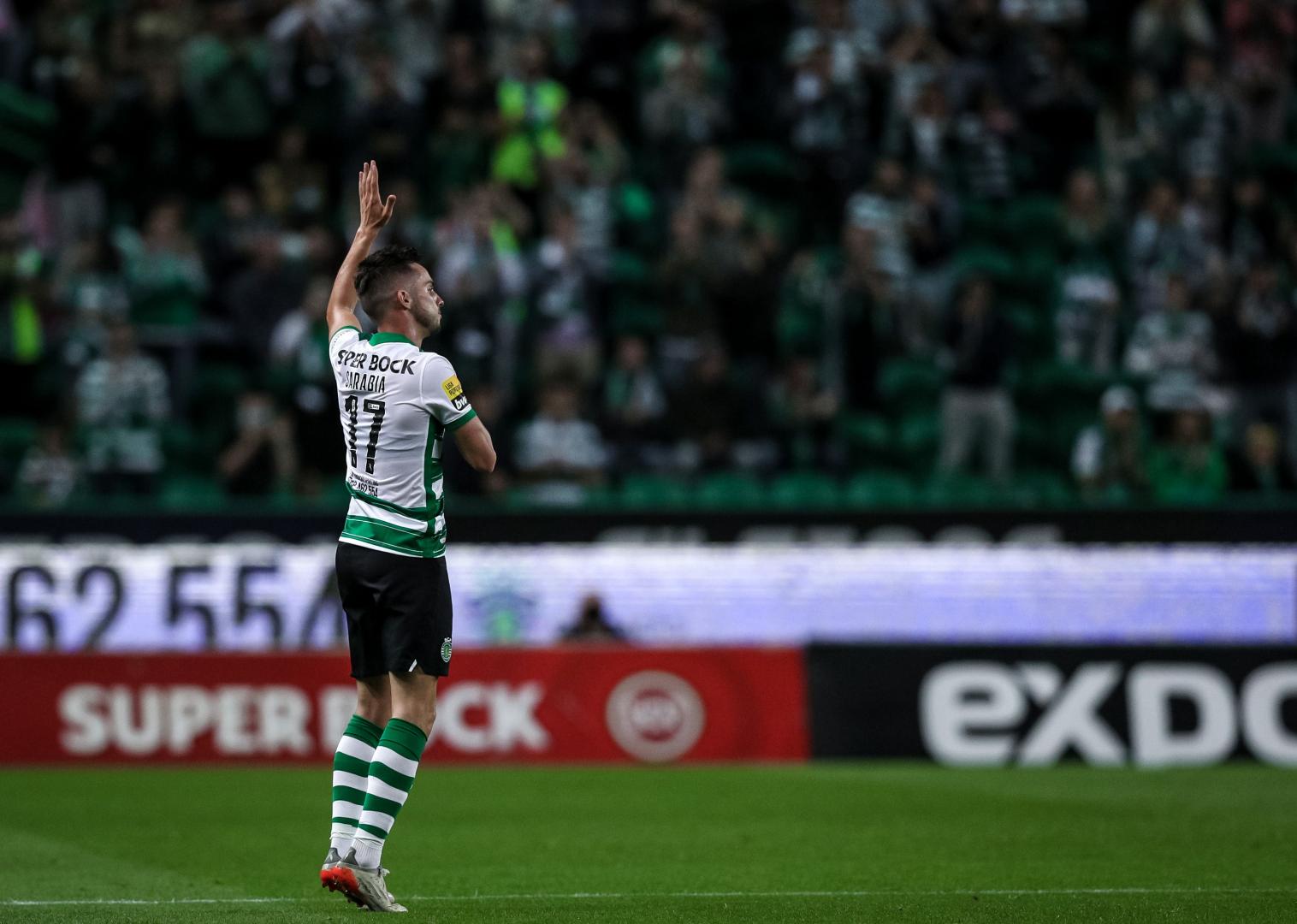 The young forward could have extended the lead, with his shot taking a deflection and ending up going over CD Santa Clara's goal. Gonçalves then had two consecutive opportunities to go wide.

Marcus Edwards had better luck, scoring soon after with a left footed shot from distance, slammed into the top corner to make it 4-0. 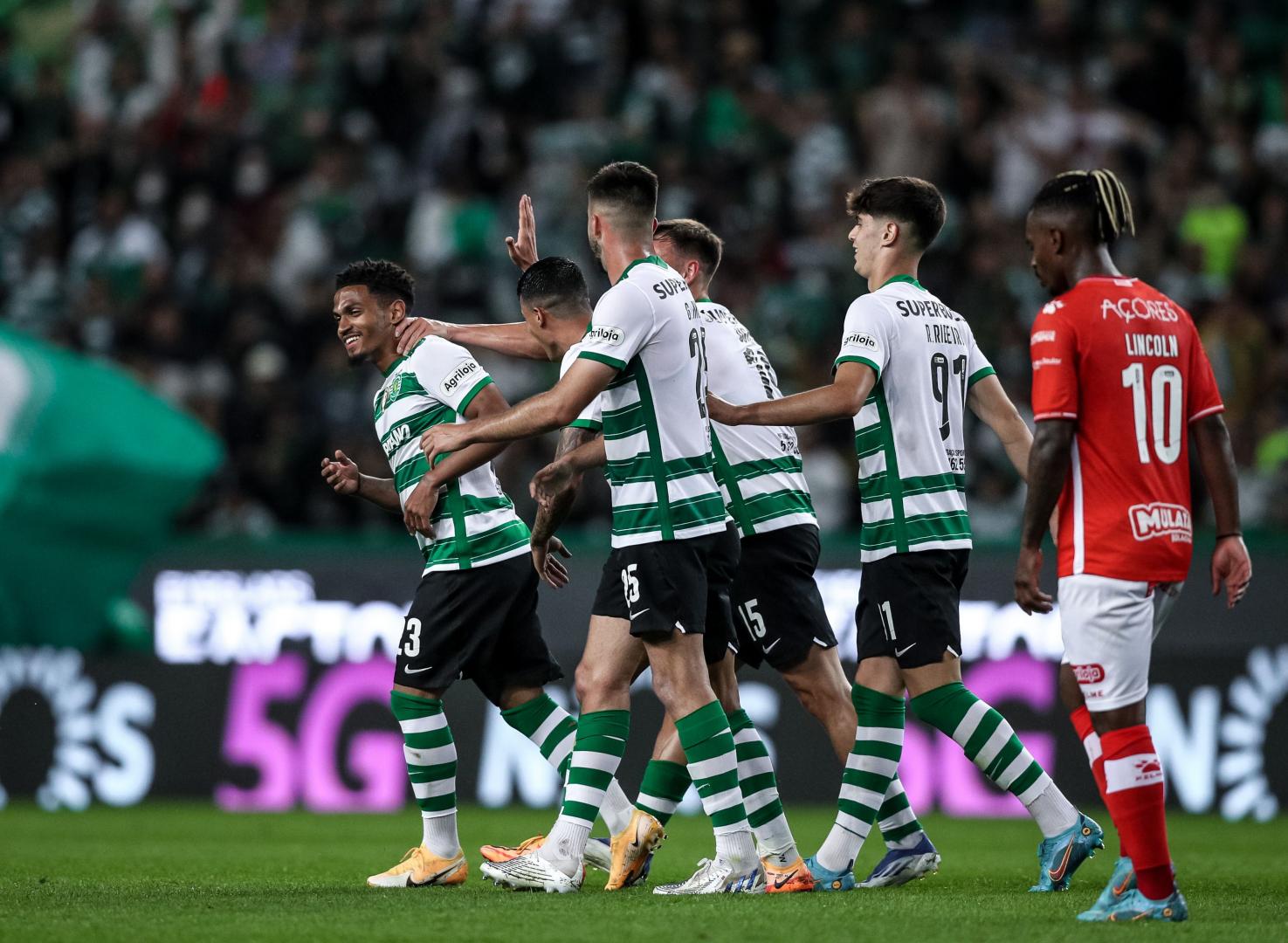 Sebastián Coates and João Virgínia were then withdrawn and José Marsà - in his full for the first team - and André Paulo were brought on.

With no more goals, Sporting CP concluded the season with a rout in what was their 27th triumph in the competition this season. They also had four draws and three defeats, scored 73 goals and conceded 23. Second position in the table takes them directly into the Group Stage of the Champions League next season.