Trincao: "We have to be prepared for when Tottenham have the ball"

In the press conference ahead of the match between Sporting Clube de Portugal and Tottenham Hotspur, scheduled for Tuesday at 5:45 at the Estádio José Alvalade, player Francisco Trincao spoke on behalf of the club.

The winger started by talking about his own recent form, which has included an impressive series of recent displays.

"I've done the same as always: Given my best and helped the team, whether with goals or playing well. I always want to help the team win," he said.

Asked about a possible increased level of confidence after his goal in Germany against Eintracht Frankfurt, Trincao explained that it is his daily work that motivates him.

"What gives me confidence is what I do during the week, all my preparation. The goal is something natural in football. We knew what we had to do, we worked well during the week and did what the coach asked us to do. We won the game and that was what mattered," he commented, before analysing opponents Tottenham. 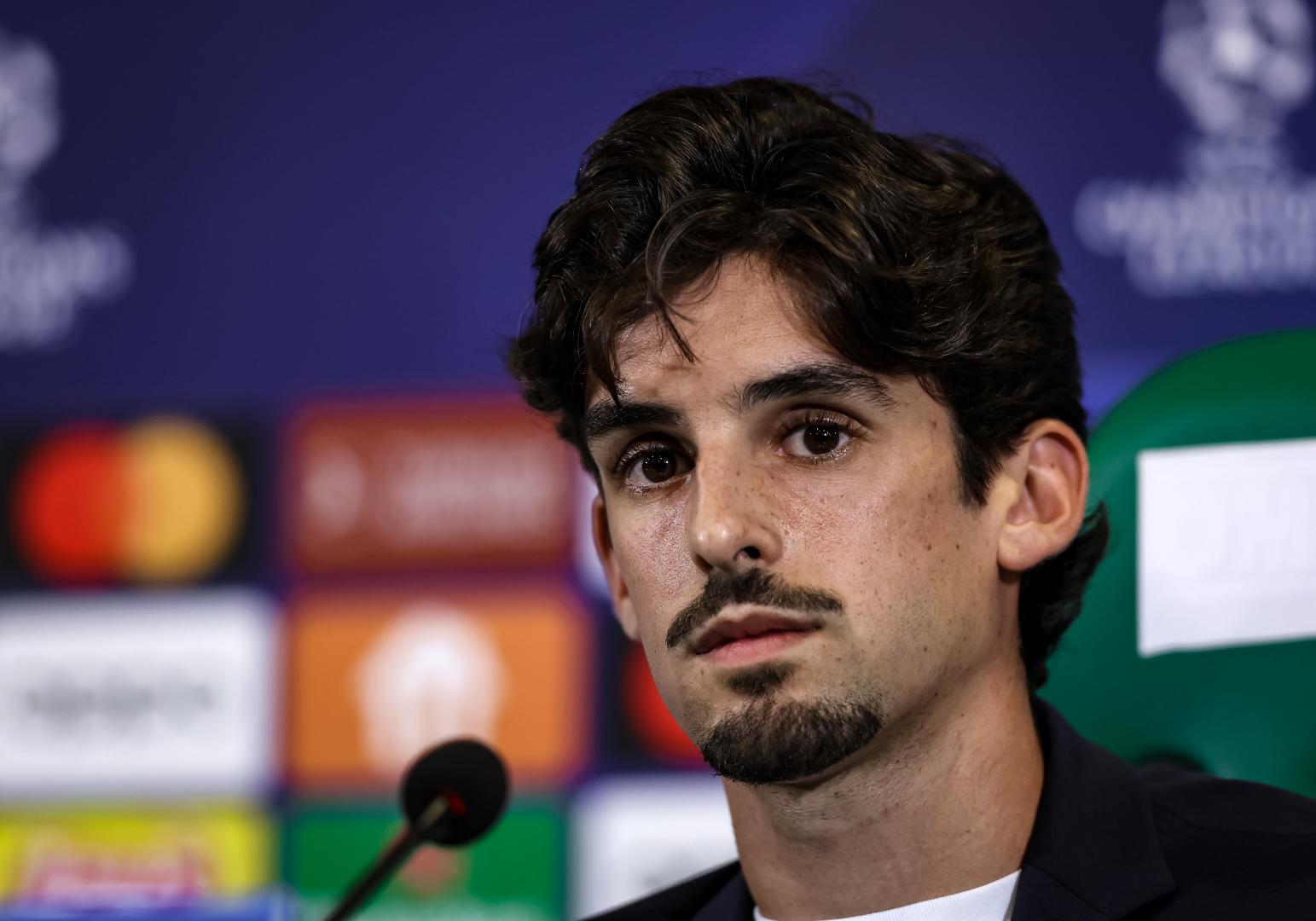 "They are a very strong team. We know their strengths and weaknesses and we have studied them well. They are a team that, perhaps, will let us have the ball, but we have to be prepared for when they have it."

On whether he has his sights set on a call-up for the Portuguese national team, Trincao  guaranteed that his full concentration is on Sporting CP.

"I try to do my job and it's up to the coach whether he calls me up or not. The focus is on what I control. I'm here to help Sporting CP to be the best possible. I'm just another person looking to contribute," he concluded.