Amorim: "The break will be long and that means it is very important to win this game"

The coach looks ahead to the visit to FC Famalicão

He began by addressing the importance of winning before the break for the World Cup.

"The break will be long and that means it is very important to win this game. We had already felt that with the game against Boavista FC, when we were on a good streak and lost before the international break, which took away some joy. It's an important, difficult game at a stadium where we still haven't won since I became coach," he explained.

"FC Famalicão are a team full of talent, as always. It takes some time to create a connection between new players, which is normal. We are prepared for the game, we have trained very well and we had a long week. We will, for sure, have an excellent game." 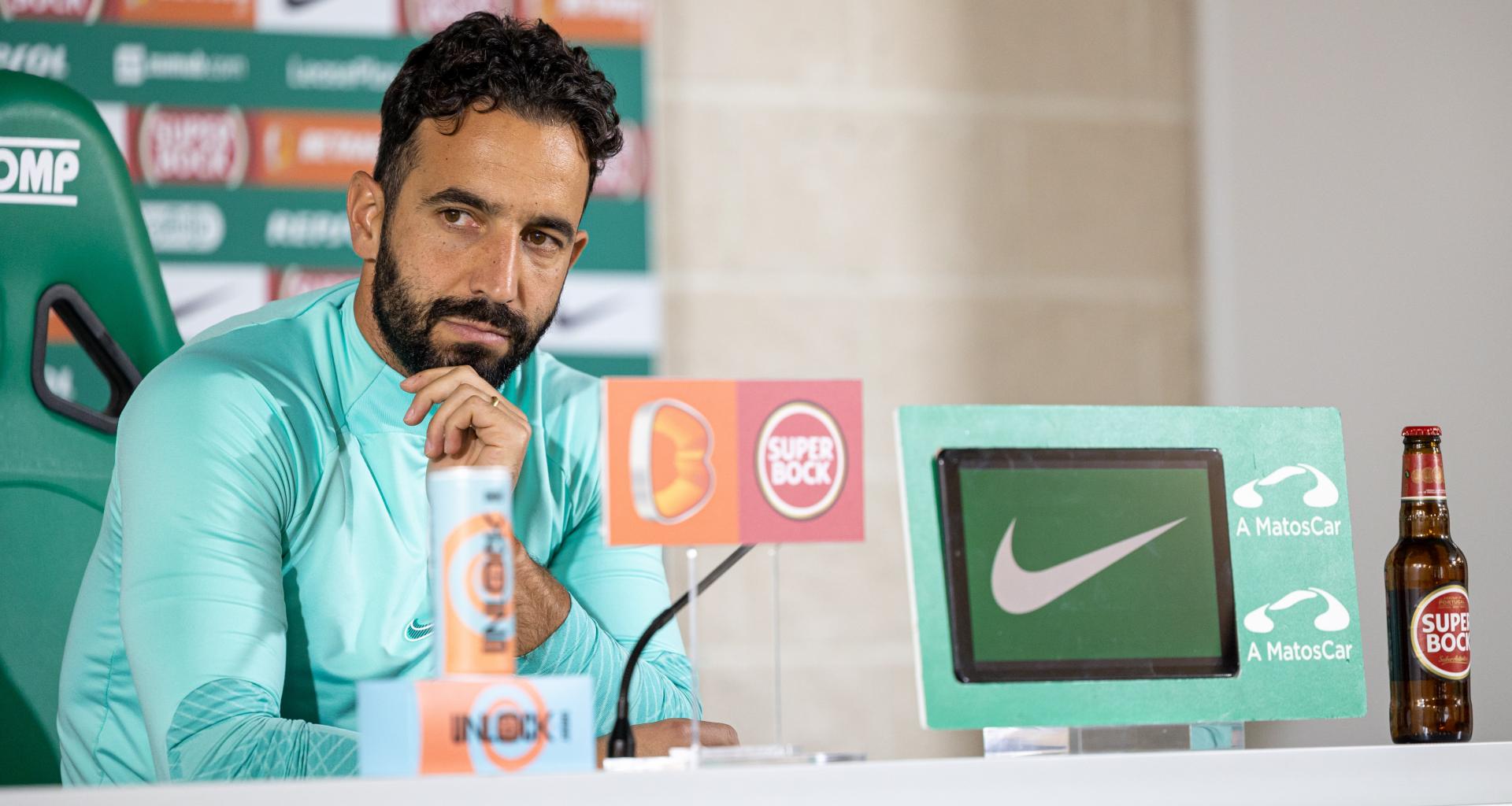 "We've paid a lot of attention to the characteristics of the players they have up front, their fullbacks and the players in the middle, whose speed is very important. They are a dangerous team and their coach only has one or two defeats. We need to win and to be consistent in every aspect: Not conceding, being good at set pieces, scoring goals and winning the game."

No Sporting CP players have been called up by Portuguese national team coach Fernando Santos, for the World Cup. Amorim commented on this that “the choices are always difficult."

"We're going to make the most of the time to train. The players always believe that they are going to get called up, but they are intelligent. Of course they had hope, but they have to take it naturally. It must also be said that if players like Gonçalo Inácio or Pedro Gonçalves were in the squad no one would be shocked by that, because they have the talent to be there. The choice was made and we have to take it in our stride." 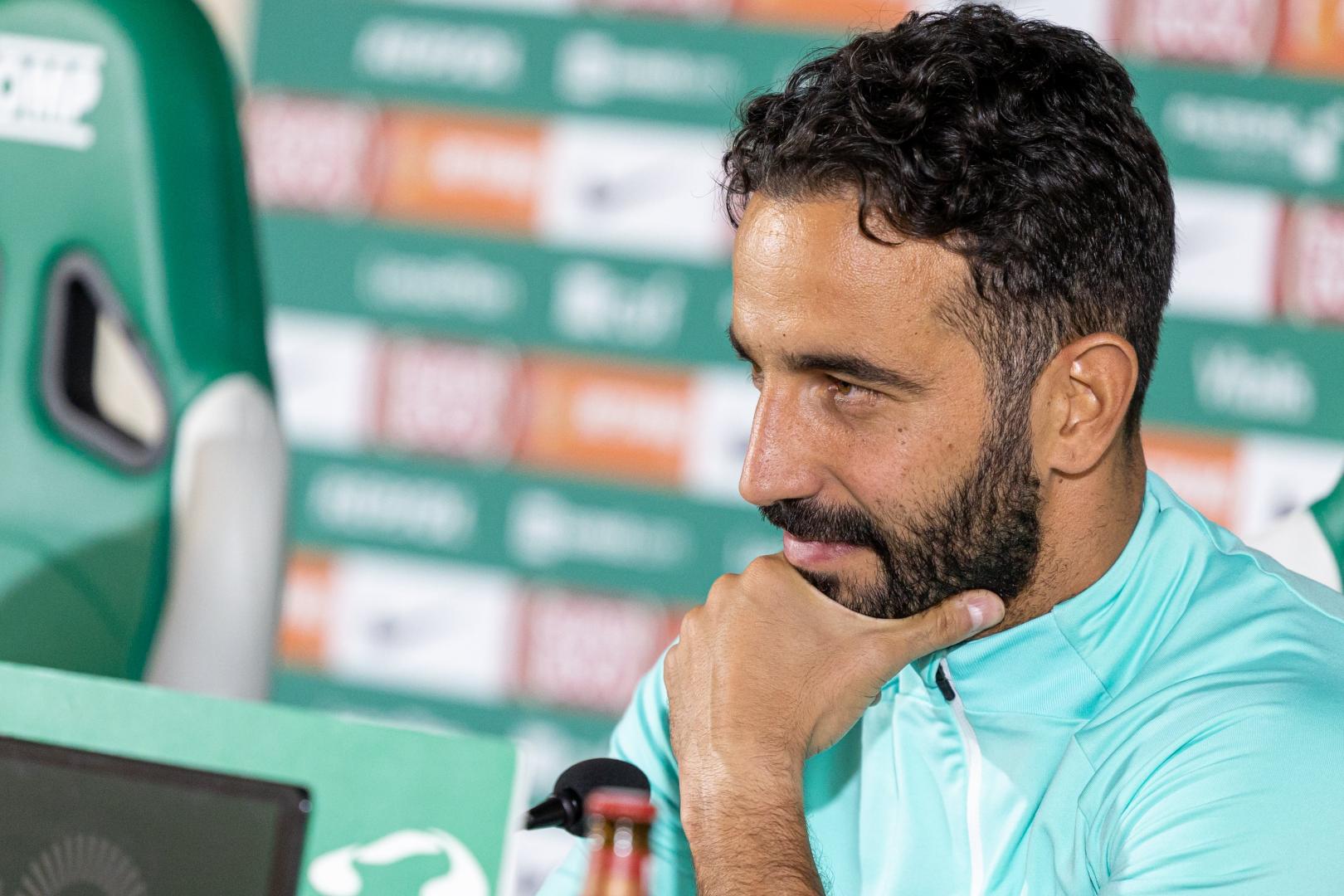 Amorim continued by saying that “Sporting CP, today, works much better than when we were unbeaten champions and with many players from the academy. The squads and our ideas are increasingly structured, and we have increasingly younger players on the B team. The most important thing is not to have players in the A team, because that is a coach's choice and we have quality players for the A team. That doesn't have to interfere with what we think we are doing well. What worries me the most is [Eduardo] Quaresma, who started out at Sporting CP, not being able to start at CD Tondela. This is a very big concern for me. [Gonçalo] Esteves played in the starting lineup for Sporting CP, and he can't do that for GD Estoril Praia. That's the big concern we have to have. I tell the Sportinguistas that we are working hard and we have a plan. Whether they are called up to the national team or not is no longer in our hands."

Asked about Francisco Trincão's form, he said that "Trincao is at 50% and it is more a mental issue. He can't rush, and he has to understand that he will read the game and the team better and things will come. When Trincao is mentally looser and more confident, he will be a great player. He trains very well and is getting better. Manuel Ugarte and Marcus Edwards also needed time."

Finally, Amorim confirmed the absences of Nuno Santos, Luís Neto and Daniel Bragança, who are still recovering from their injuries, for the game.