Quaresma, Mendes, Tomás and Fernandes have all debuted for the first team

At the Academia Sporting there is a long-standing tradition, in which the names of youth team products to debut for the Sporting CP first team are added to a ceremonial wall. On Friday, the names of Eduardo Quaresma, Nuno Mendes, Tiago Tomás and Joelson Fernandes were inscribed there, as the latest quartet of players brought through at Alcochete to play for the senior squad.

A ceremony to add their names, dates of birth, dates of their debuts and age upon their first official appearances to the wall was attended by Sporting CP president Frederico Varandas and Academia Sporting director Paulo Gomes. 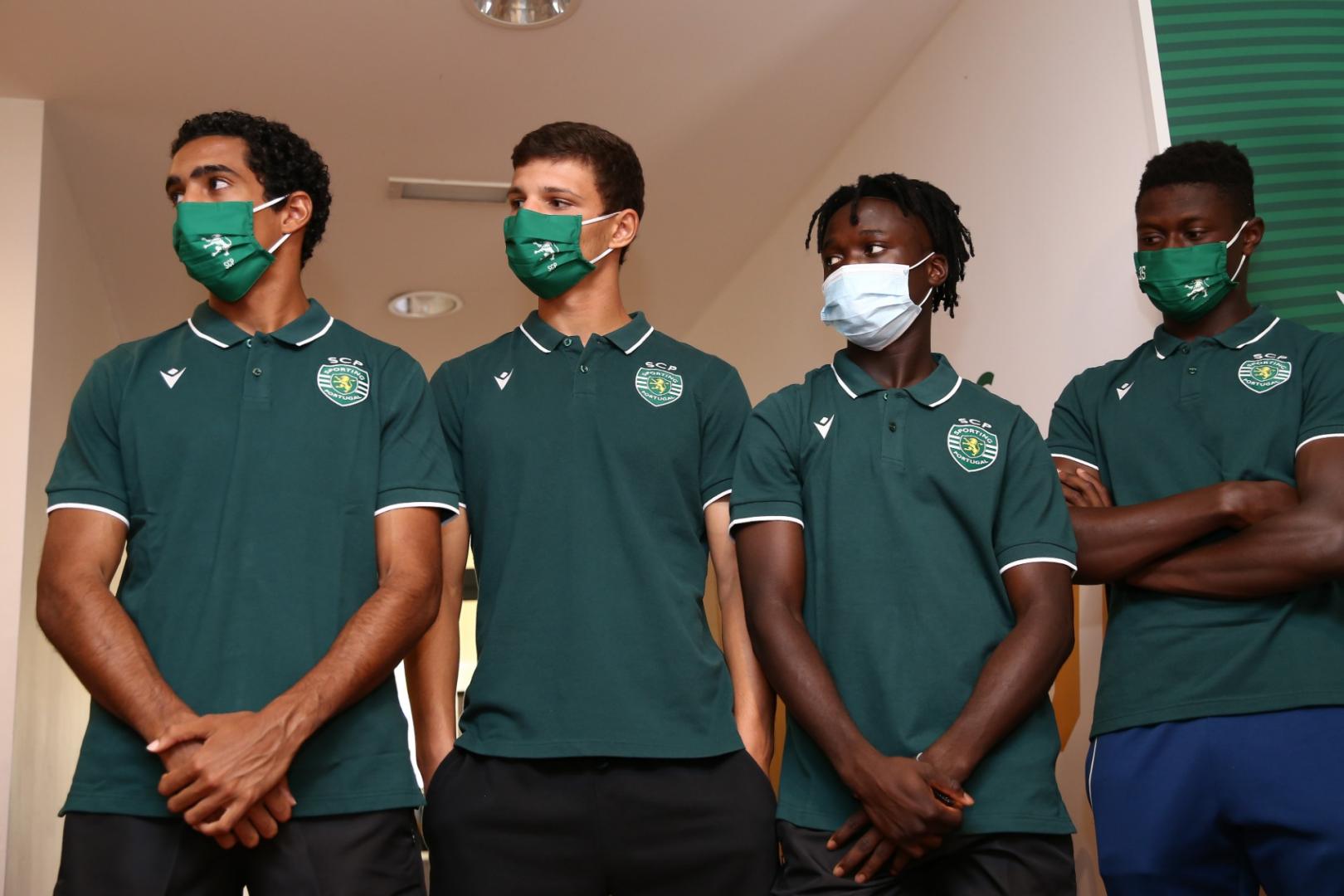 Eighteen-year-old striker Tomás, part of the first team squad, thanked the coaches who have helped him along the way and enabled him to “improve every day.” He also signalled that there are plenty more young players who will make it to the Primeira Liga.

President Varandas said that “this is an important day for these four players, for those present and, above all, for Sporting CP”. “Everybody at the club is working hard so that more players get into the first team, which has to be the true dream of a young player at Sporting Clube de Portugal.”

“In the nearly two years since I became president, 12 players from our youth system have made their debuts for the first team, which is something that makes me very proud. It is important to defend players from our academy, who must know the values and requirements of this club. They are the future, and the way forward.” 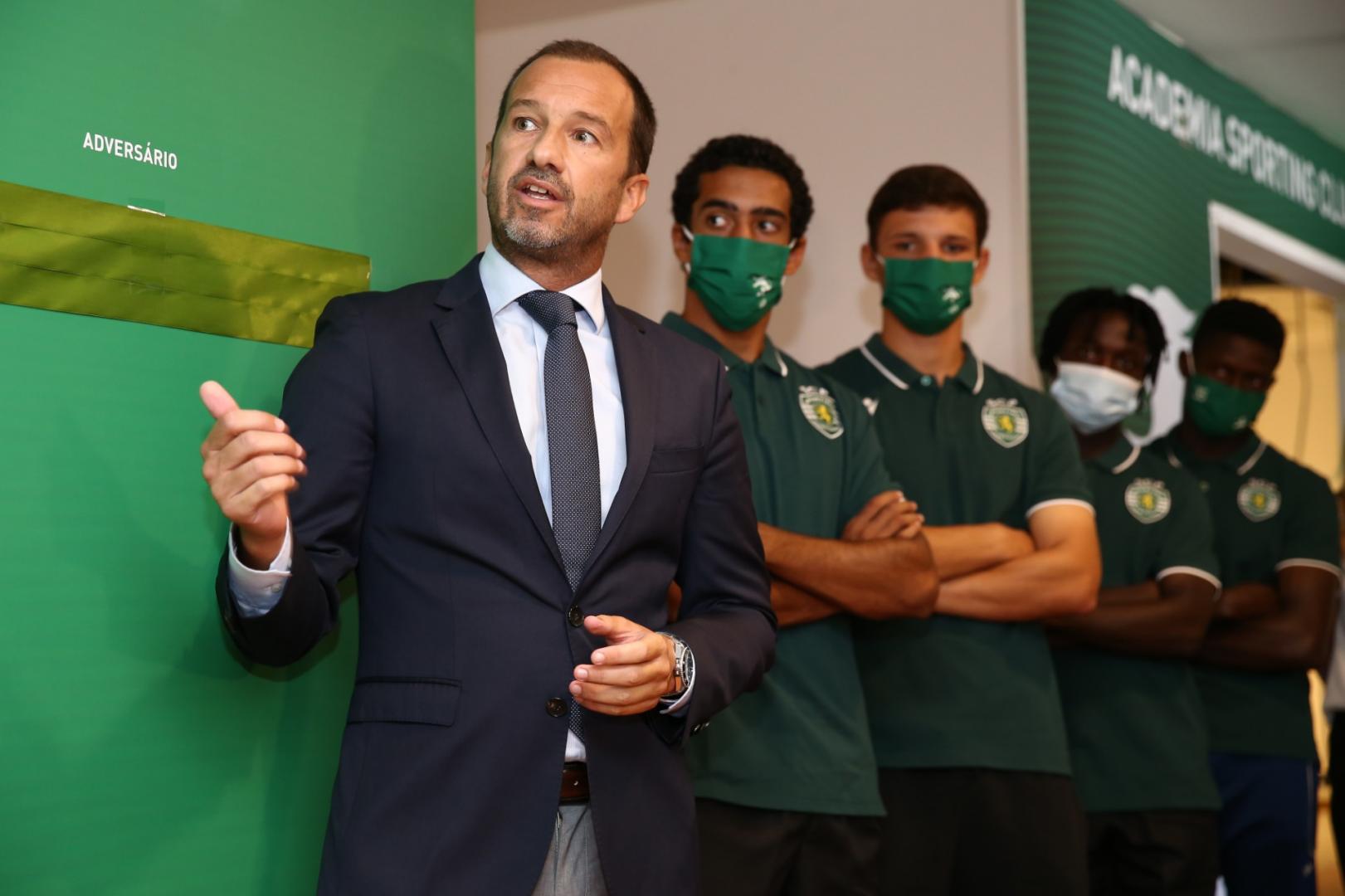 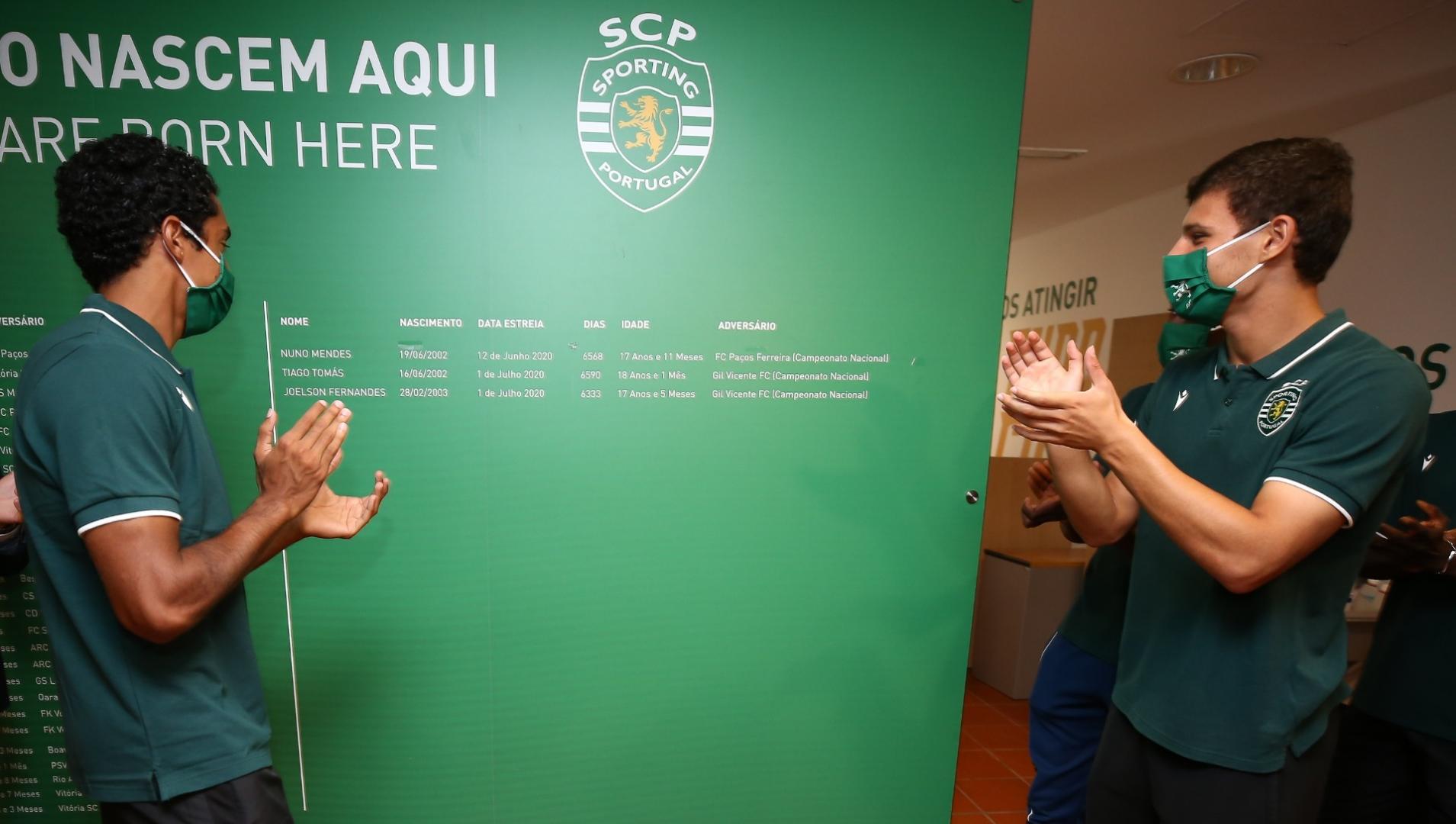 Speaking after the ceremony, Gomes added that he is "extremely pleased to see these youngsters reach the Sporting CP first team.”

"I accompanied them as the head of the Polo EUL team. I saw them on their first day here. Like these players, there are many whom I have seen that are knocking on the door of their dream. Our job here at the Academia Sporting is to provide everyone with the conditions so that they have opportunities. From there, they need hard work, dedication, commitment and effort. Talent alone is not enough.”

"From the day they took office, this board said that they would be committed to players from our youth system. The door is open and these four players are proof of that,” said the man who oversees the under-23s side. 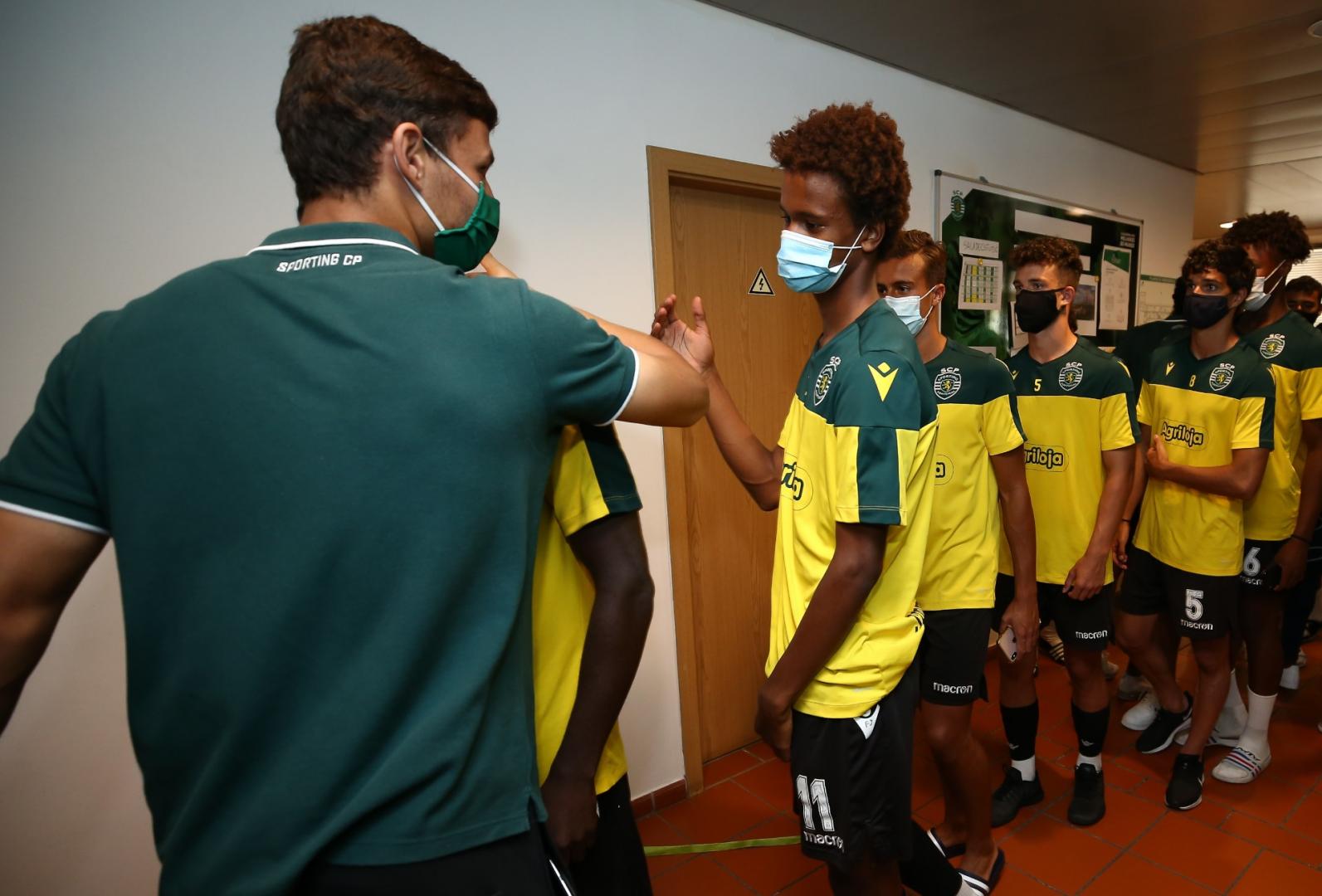 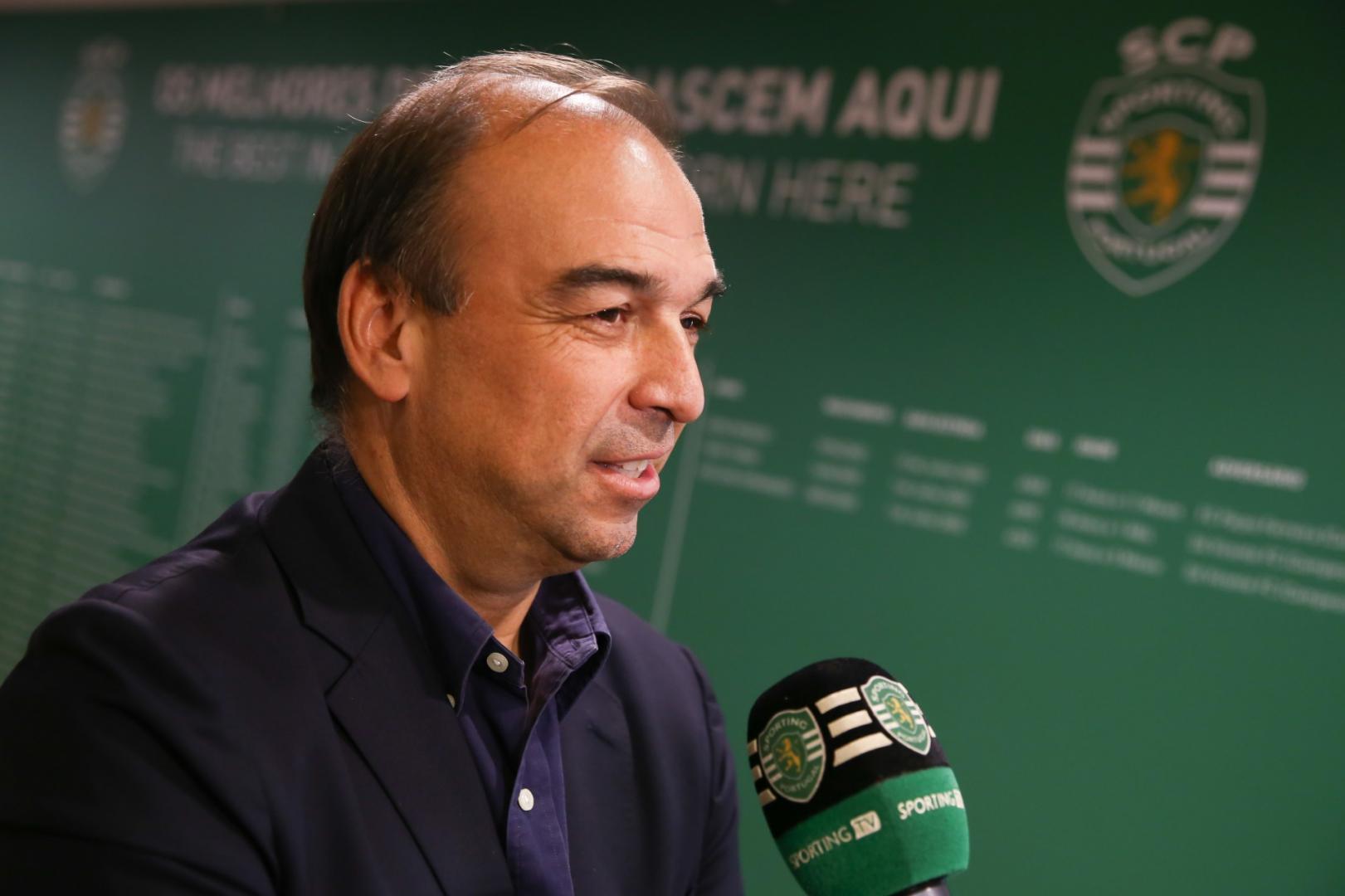