Sporting Clube de Portugal received and won this Sunday against Belenenses SAD, 2-0 at José Alvalade Stadium in matchday 11 of Liga NOS. A match in which the Lion goals only happened in the second half.

In the first half, Eduardo was close to opening the score board, but André Moreira denied him the goal with a good save, and then Bruno Fernandes almost scored with a free kick.

Silas had already made a substitution in the first half - Rafael Camacho went in and Luis Neto went to the bench, and during the break made another substition, with Doumbia replacing Rodrigo Fernandes.

Two tweaks to readjust the team and look for a better result by managing to create more and better goal opportunities but failing to score. Rosier tried from afar and failed and Vietto tried a shot to the side.

After 66 minutes, Silas moved again and put Luiz Phellype on the field, sending Eduardo out, and the first goal came. No more than ten minutes later, in the first shot of the striker, the ball hit a defender and reached Vietto who, without letting the ball fall to the ground, shot straight towards the goal. 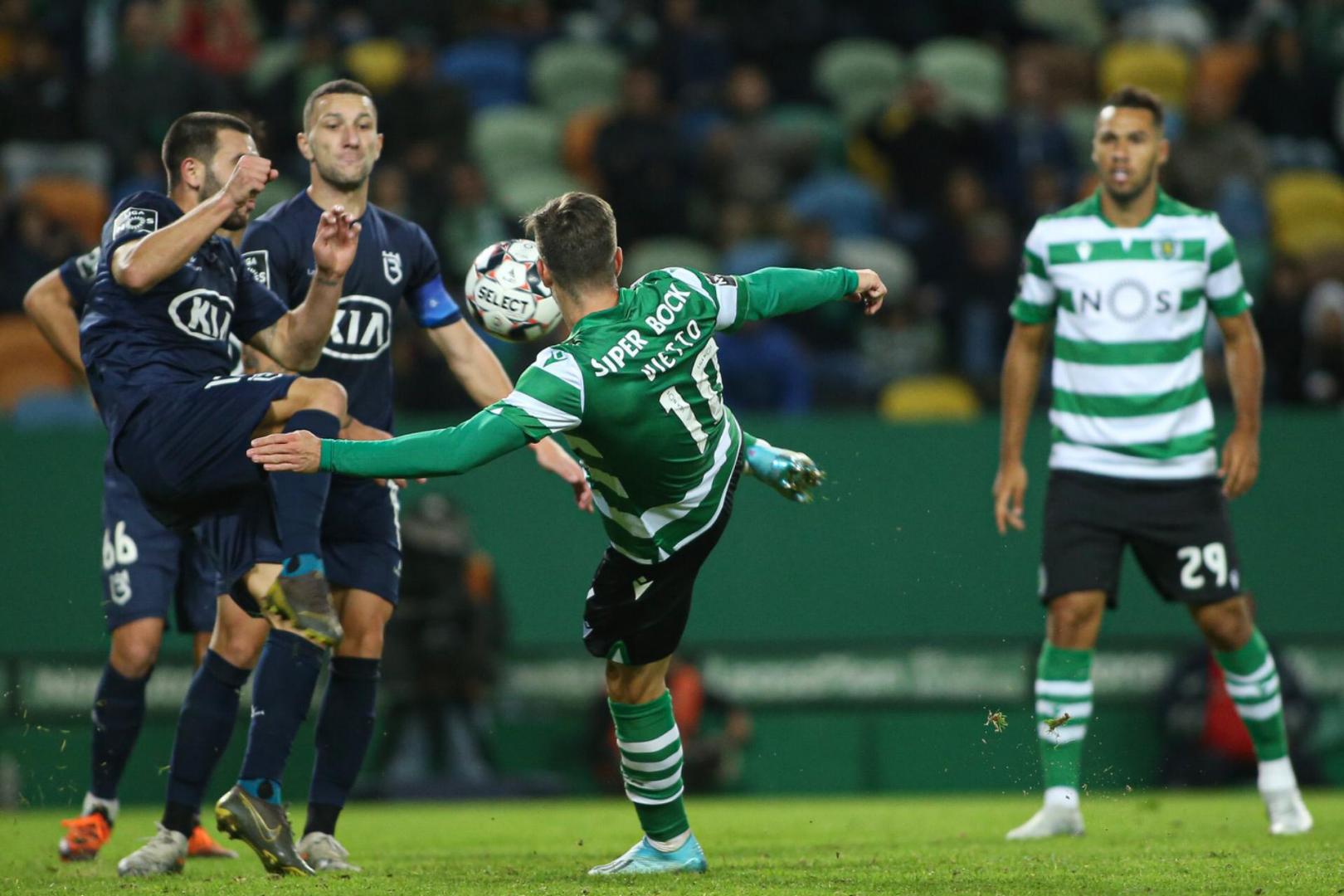 The Argentinian player still had the hat trick on his feet on two occasions but let it slip.

Without scoring more, Sporting CP eventually won 2-0. A totally fair win, which could have been by more expressive numbers, after a clearly better second half than the first.

Sporting CP will not play again until November 28, against PSV, in a Europa League match, as it is now time for national teams.