Club captain Sebastián Coates was amongst the players joining back up with the team this monday for preseason tests and he spoke about the return to action and the mood amongst the group.

"We're starting out with the same spirit as always. We are going to give everything for the club and fight hard. We're starting preseason with objectives in mind, and we want to start things off in the best possible way," he said.

"Whoever is at this club always wants to win every game, so we will do everything to ensure that happens," added the Uruguayan. "It's a year in which we have plenty of objectives, and it's a competitive league. We are going to give our all." 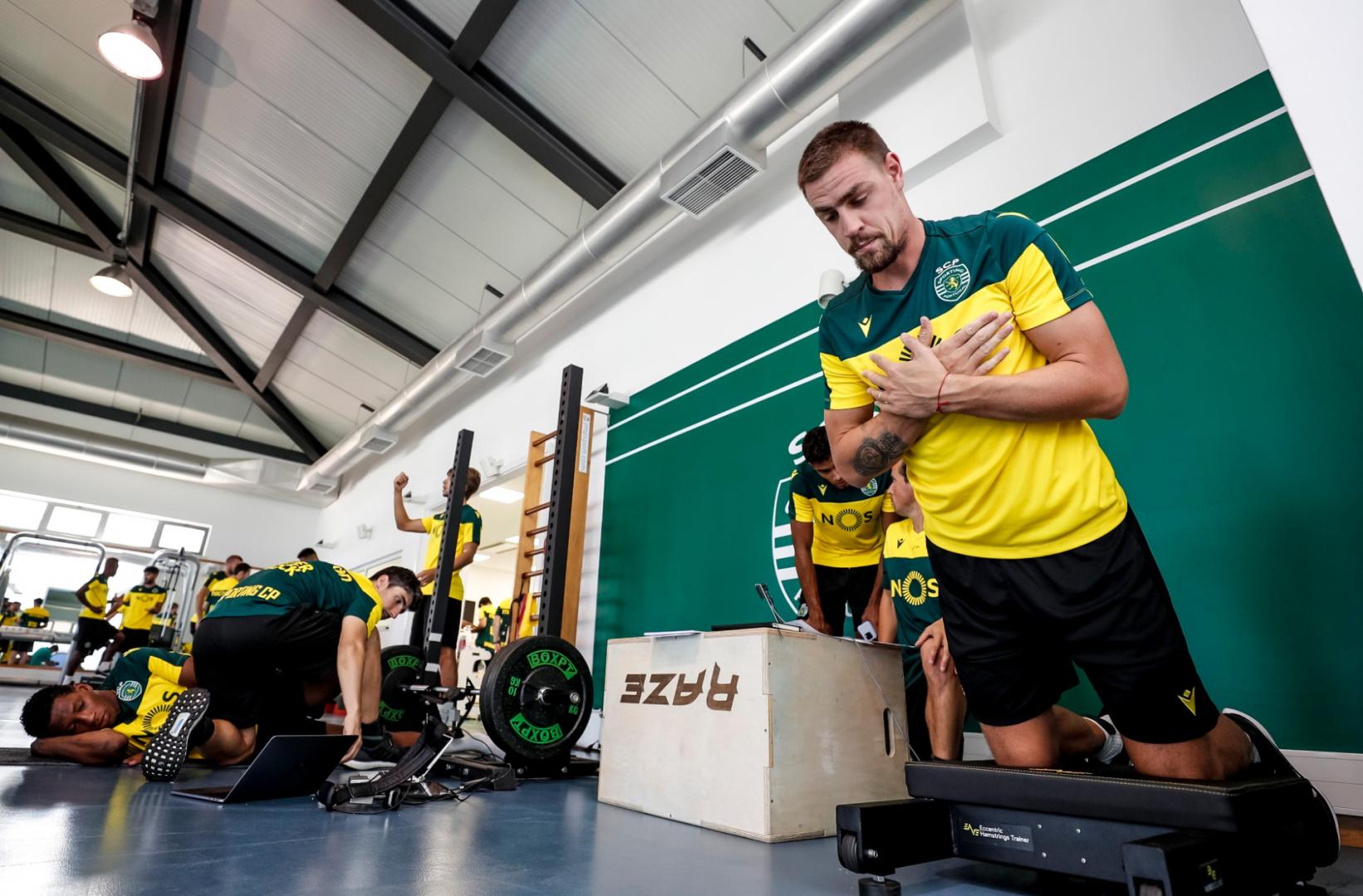 Before being put through the paces in fitness tests, Coates said that players "prefer to train with the ball", but that they "know fitness is very important and a part of preseason."

Whilst a date has been set for a return to Primeira Liga action, it is still unknown as to whether fans will be able to attend games when the season gets underway. It is something that concerns the Sporting CP captain. "It's always important to have the fans by our side. It's a difficult moment around the world, and we hope to have them back at our stadium. The best message that we can give is that we will do everything to prepare well for this season. (...) This group have quality and we are going to try our utmost to be in shape -physically and tactically. We all have the ambition of winning games and reaching our objectives."