Sporting Clube de Portugal were held to a 1-1 draw by FC Famalicão on matchday 26 of the Liga NOS season, in a game in which attacking dominance and complete control of possession went unrewarded for Rubén Amorim's side. Pedro Gonçalves scored the opening goal, but Os Leões were forced to settle for a point at the Estádio José Alvalade.

Two changes were made to the starting lineup that had featured against Moreirense FC, with Luís Neto and Tiago Tomás coming in for the injured Gonçalo Inácio and for Daniel Bragança (used as a substitute), respectively. João Mário began on the left of the attack, with Gonçalves in midfield. 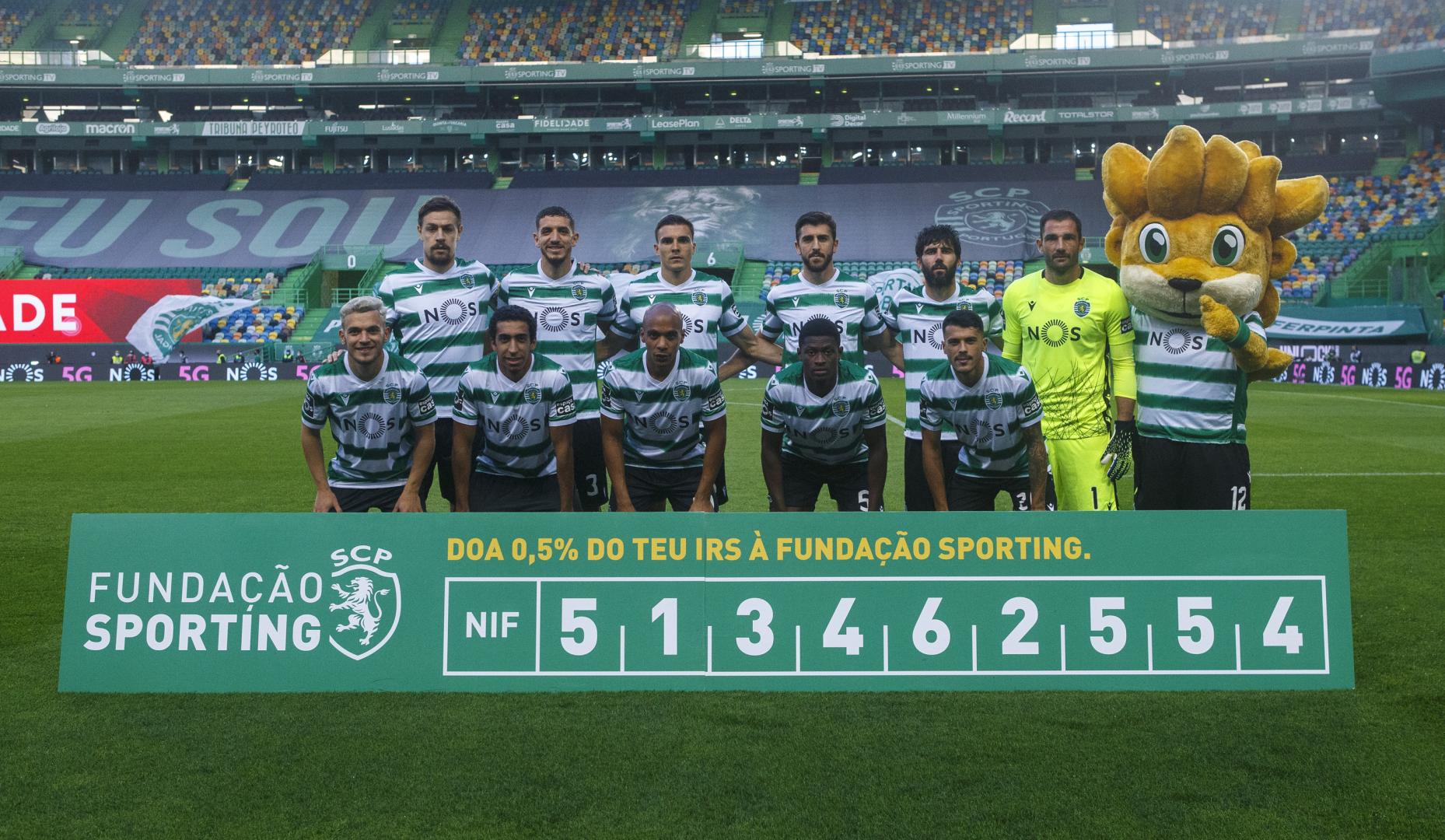 Up against the side 14th in the league, Sporting CP began in insistent fashion, playing with a high line and pushing hard to prevent FC Famalicão from moving the ball out from the back. On 13 minutes, João Mário and Nuno Mendes both had shots blocked by the opposition, and the latter would send in a cross that Tiago Tomás headed wide shortly after. At the other end, a rare chance for the visitors went just off target, but offside had already been called.

An excellent move by Sporting CP began with Sebastián Coates, received a skilful touch by Tiago Tomás and ended with Pedro Gonçalves striking wide off a defender, and off the following corner goalkeeper Luiz Júnior grabbed João Mário's dangerous cross.

Whilst the chances kept on coming, it was not until 20 minutes before the break that Sporting CP would break the deadlock. Pedro Gonçalves stole the ball high up the pitch, releasing for Paulinho. The striker, all calm and class, brought Luiz Júnior across and returned the pass to Gonçalves, who finished into an empty net and went back to the Liga NOS top goalscorer chart with 16 goals. 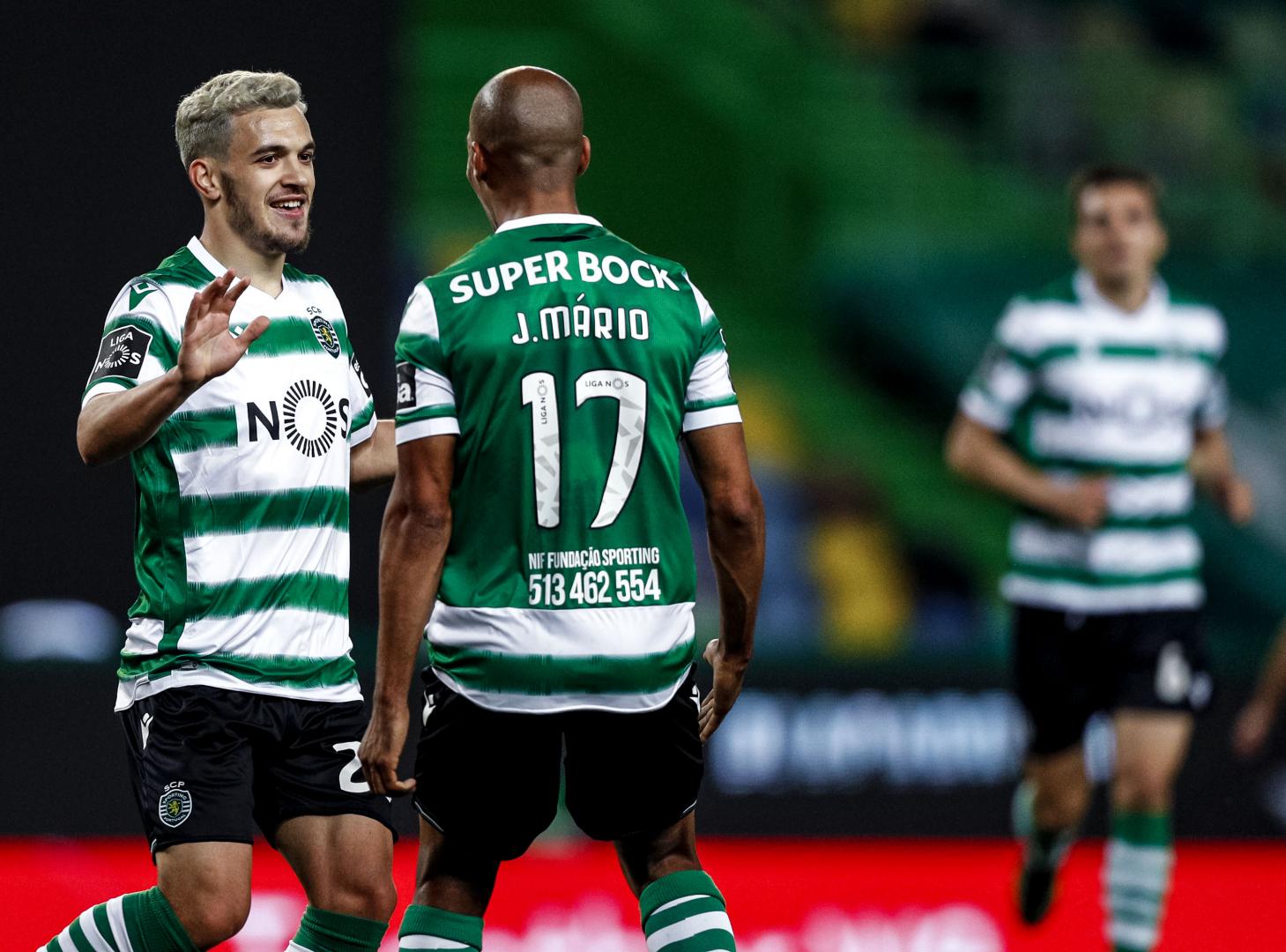 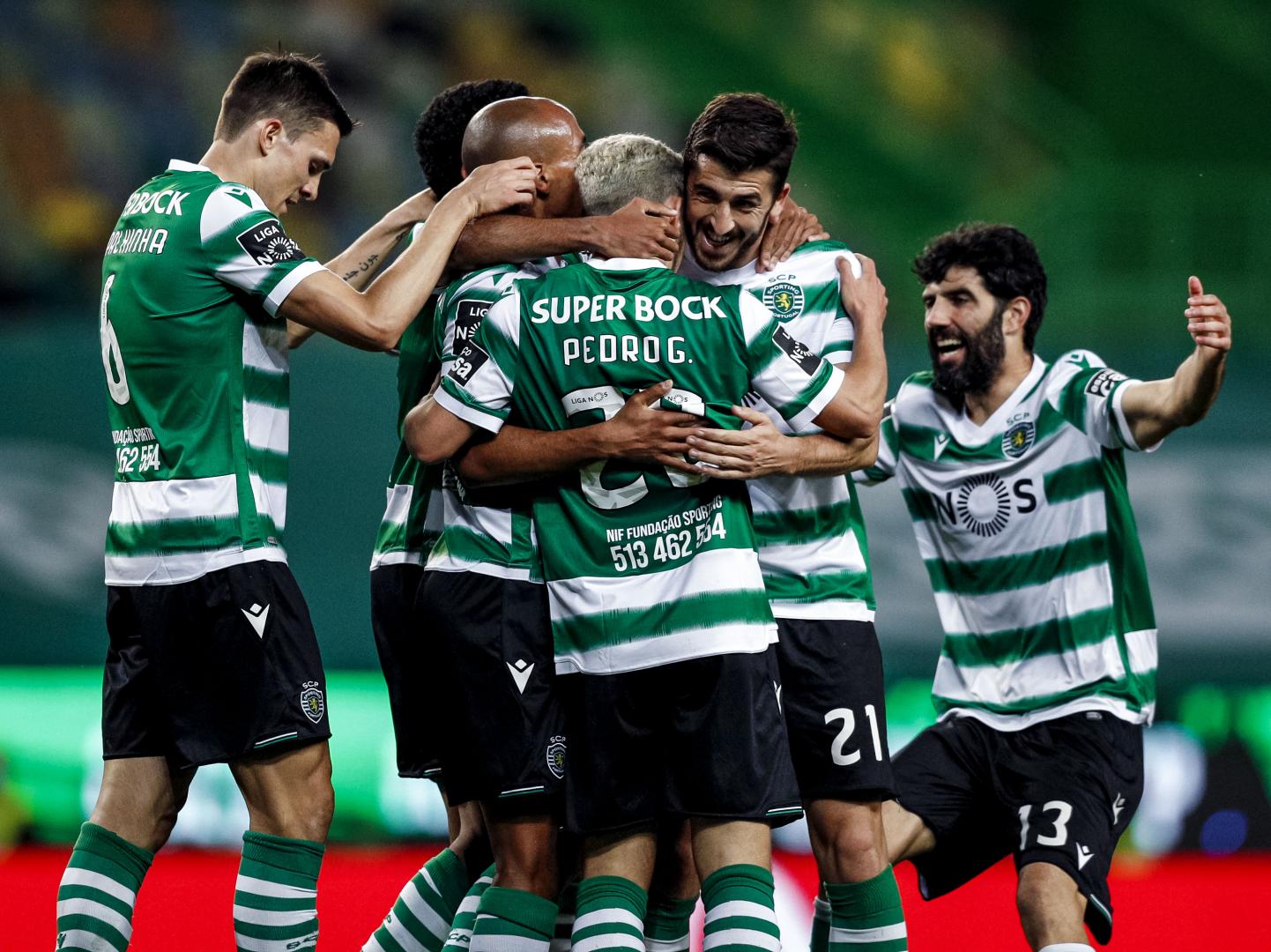 The advantage, however, was short-lived. In the 27th minute, Rúben Vinagre advanced down the left wing, delivering a pass to Iván Jaime that was played on for Anderson Oliveira to beat Antonio Adán for the equaliser. Although Sporting CP had been the only side threatening the opposition goal, FC Famalicão pulled level with their only shot of the first half.

Efforts for Pedro Porro and Tiago Tomás before the break were all kept out by the visitors, and the contest went into halftime with the score level at 1-1. 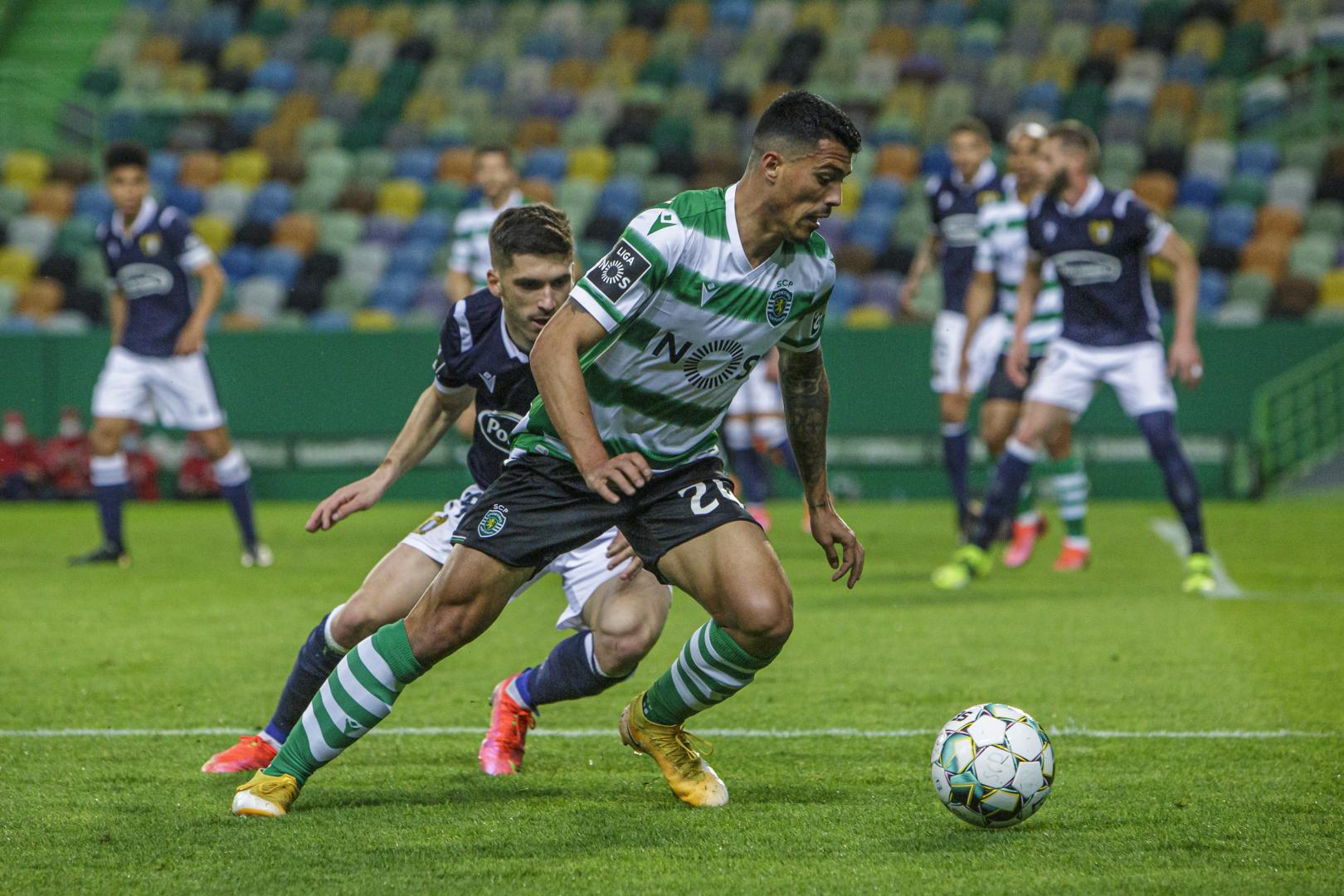 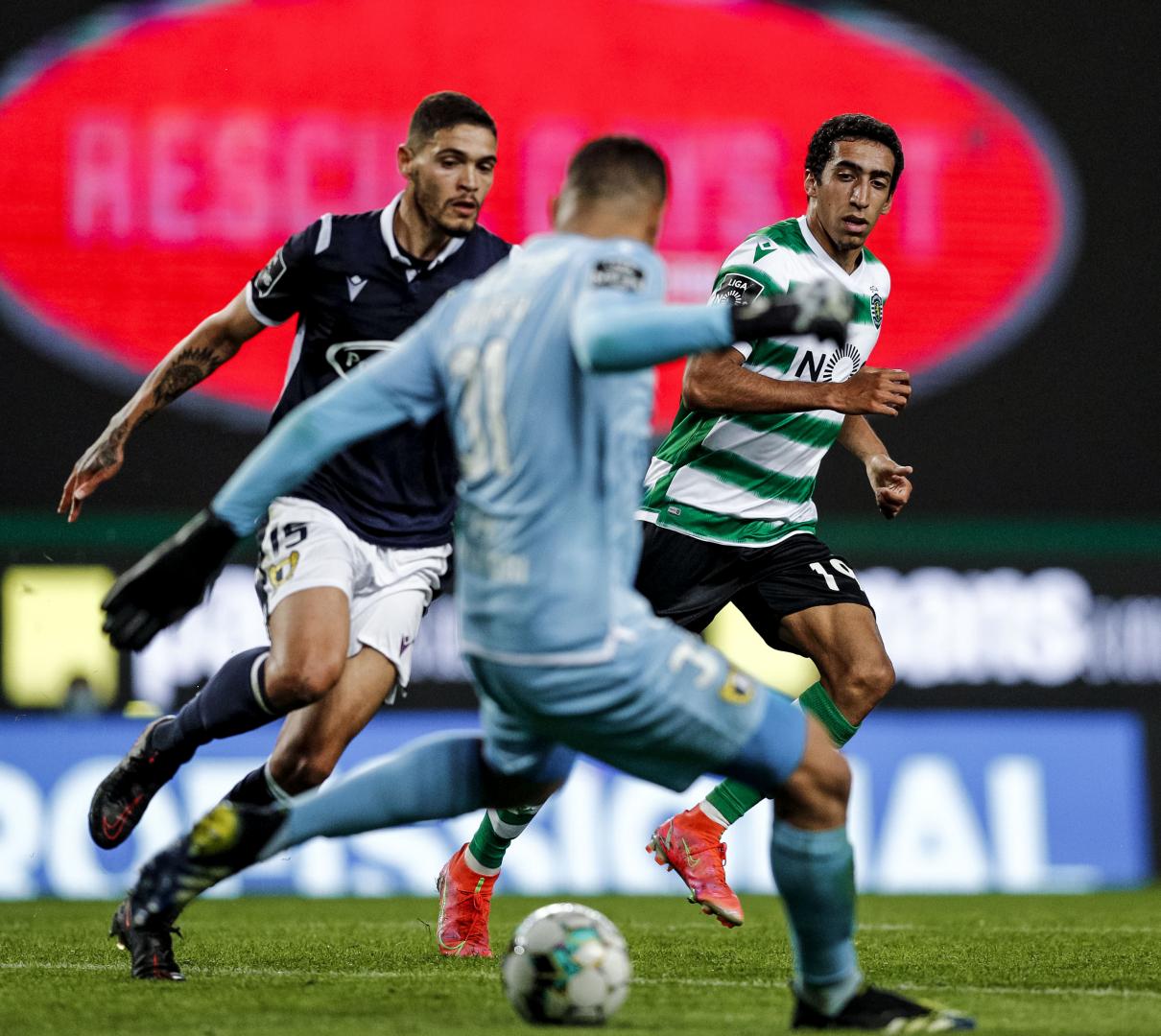 Rúben Amorim made two substitutions at the interval, introducing Matheus Reis and Daniel Bragança for Zouhair Feddal and João Palhinha.

The second half got underway with Sporting CP driving upfield frequently. João Mário struck a powerful effort over the top, and also sent in a corner that Coates headed towards goal. When that attack was saved by the goalkeeper, Coates found Tomás off the rebound, but he squandered the chance.

Luiz Júnior was by far the busier of the two goalkeepers, and had to face further attempts on goal from Tomás and Luis Neto. Adán was limited to keeping out Iván Jaime's chance with an improvised save using his head.

The final changes came 15 minutes from the end, when Luís Neto and Tiago Tomás made way for Eduardo Quaresma and Nuno Santos.

Coates, Bragança and Jovane Cabral all had close chances in the final moments of the game, taking Sporting CP up to 15 shots to FC Famalicão's 2, but the score remained unchanged. A 1-1 result earned another point for the league leaders, who will look to return to winning ways against SC Farense.