Amorim: "We want to win and we need to win"

Sporting Clube de Portugal host FC Famalicão on Sunday, on Matchday 26th of the Liga NOS season. Ahead of the game at the Estádio José Alvalade (8pm local time), coach Rúben Amorim gave a press conference in which he commented on the opposition's positive recent form.

"We are starting to get used to welcoming teams in good form. They have been getting good results and having good performances. The coach has had a great impact on the team. They have young players of great quality who just came out of a bad run, and they have built up a lot of confidence. It is up to us to make the game more to our way of playing. We are at home and we want and need to win -which is what we will try to do", he told journalists at the Artur Agostinho Auditorium.

Regarding the possible pressure that comes with playing after Sporting CP's direct title rivals, Amorim played down any concern.

"The important thing, for me, is to play. It doesn't matter whether it is after or before the other teams. With this game, we can reach the important milestone of the club's longest unbeaten streak. We want to win the game. We are having an excellent season and we are still improving. Whether you agree or not, my understanding is that the team are improving. Now we have to win again. Our fate is in our own hands, and that is our focus", he said. 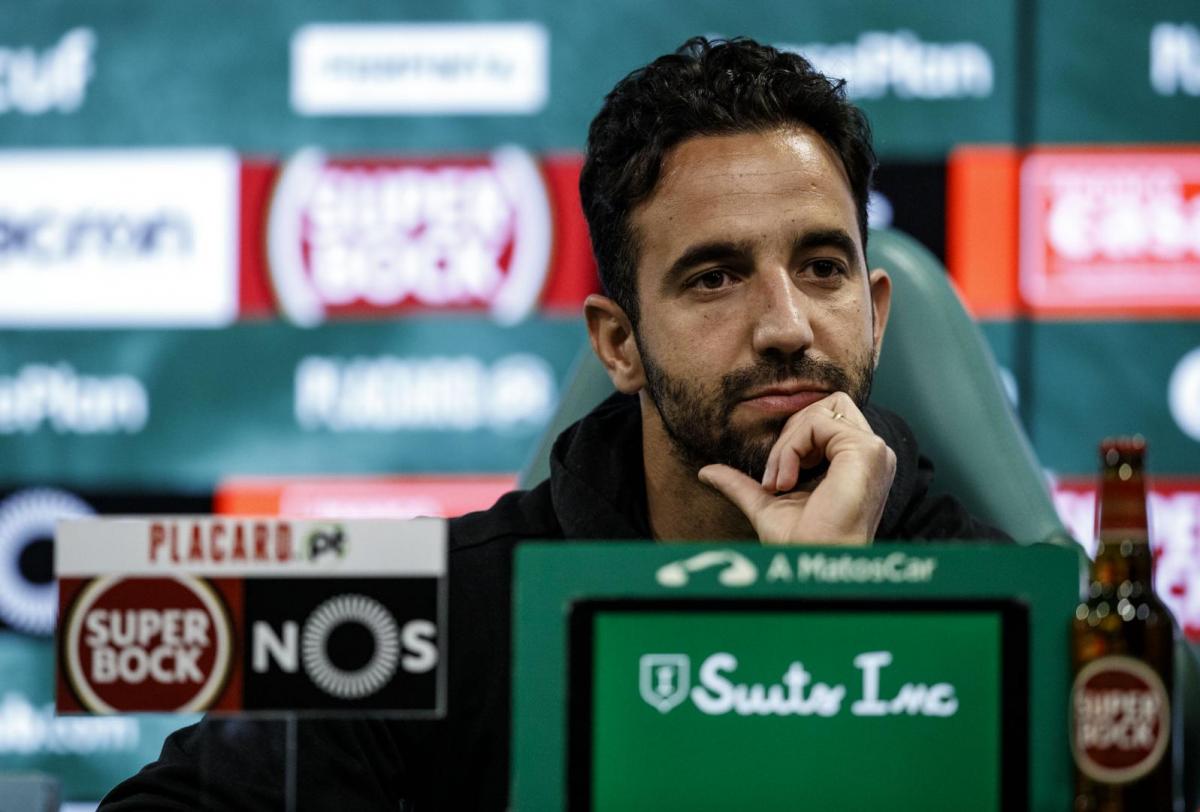 For the coach, Sporting CP have been doing very well in several phases of play, but need to get better at creating opportunities on goal.

"The players are very strict in everything they do. We are a young team and we may not be as sharp as we were before, but the opposing teams have had almost no chances against us. At the beginning of the season, the other teams used to give us more space at the back -and we used that space a lot. Now we don’t have it. Now we control the games very well. We need to improve our creation of opportunities, but the control of the game is there. We dominate the games, and the rest will come with time", continued the coach, who talked about his squad selection for Sunday.

"Nuno Mendes, who was injured in the last match at Moreirense FC, is ready and is part of the squad. Gonçalo Inácio and Bruno Tabata took a couple of knocks and will not be available for the game, but will be back next week."

As for the role of title favourites, Amorim closed by saying that "Sporting CP's squad must keep calm. The responsibility lies with the coach. Sporting CP are doing things the way they need to be. Thus is a very big club, taking its project forward. We have to win our games and we don’t have to worry about anything else", he explained.