Amorim: "We ended the season in the best way"

The Sporting CP coach summed up a great 2020/21 season

At the end of the 5-1 victory against CS Marítimo that concluded Sporting Clube de Portugal's season, coach Rúben Amorim analysed the game and the 2020/2021 season for his team of champions.

"It was a game that we wanted to win. We wanted to sign off with a good showing after the defeat in the previous game. Pedro Gonçalves won the award for top scorer and João Pereira ended his career on the pitch. He had an excellent career and gave us a lot. We ended things in the best way," he told journalists at the Auditorio Artur Agostinho.

After guaranteeing that "next season has been planned for some time" and that Sporting CP "have a clear idea of what they want", Amorim commented on the possibility of some of his players being called up by Portugal coach Fernando Santos for the European Championships this summer, starting with Pedro Gonçalves.

"He deserves to be in there and so do others at Sporting CP. The choice is up to the coach, who will choose well. If Sporting CP players are picked, I will be very happy. If they are not picked, I will also be happy, because they will have great careers and won't be worn out." 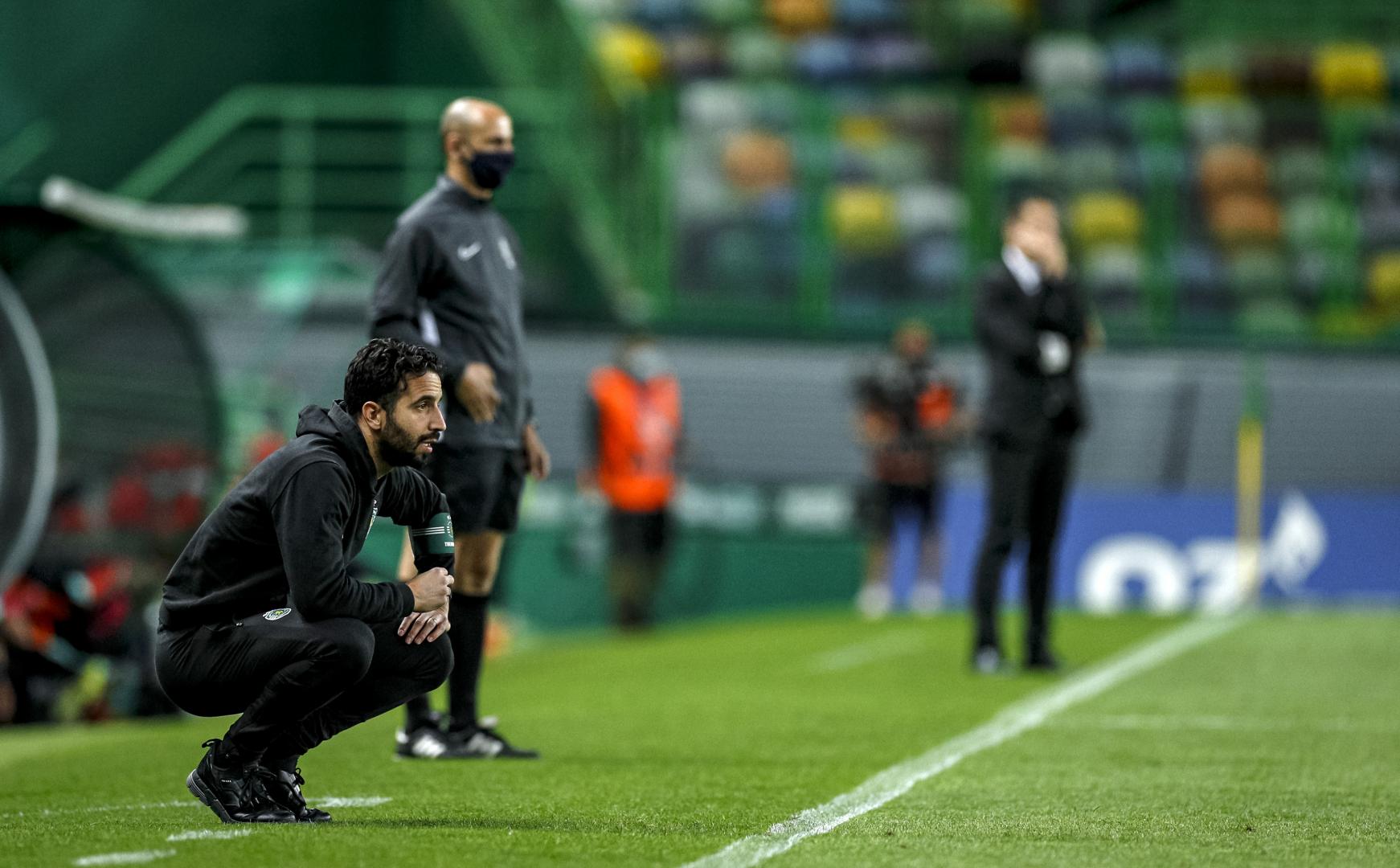 Looking ahead to 2021/2022, the coach defined the first objective for his squad: to win the Supertaça.

"There is the Supertaça to win and from there we will go game-by-game, again. We will not have as much time to prepare for our games next season. We will have difficult competitions to play in. I don't want to set big goals for us. We will want to win every game. We are candidates to win the Supertaça and we will work with that in mind first."

"It is important to maintain our unity because it is one of the great strengths of Sporting CP, but we know that it comes from winning. There are three possible results that you can have. Everyone has to think that the team as a whole is the most important thing and we will pay a lot of attention to who we bring in to identify with this idea. They have to believe that they can be starters and if that happens the whole team will be motivated", he added.

Going back to João Pereira, Amorim wished success to his former teammate and player in his future endeavours.

"It was special to witness the end of his career, because I have known João since I was a kid. I played with him at junior level, we had holidays together and our families know each other well. It was strange to have João Pereira call me 'coach' and speak to me formally."

Finally, Amorim was asked to choose three words to define the campaign.

"Effort, Dedication and Devotion, and then the fourth, which is Glory. The team are the manifestation of those words. I thank my players and the staff, who did an incredible job. In a month's time it will start all over again, and no one will be thinking about this title. I think that's a good thing; it's the way that things are at a big club."