Sporting CP to kick off 2021/22 campaign against FC Vizela

Reigning league champions Sporting Clube de Portugal will begin their defence of the title against newly promoted FC Vizela, it was announced at the draw on Thursday at the Centro de Congressos da Alfândega do Porto.

The season will get underway on the weekend of August 7-8th, and will close on May 15th with a game against CD Santa Clara at the  Estádio José Alvalade.

Fixtures against FC Porto (home) and SL Benfica (away) in the first half of the season are set for Matchdays 5 and 13, respectively. 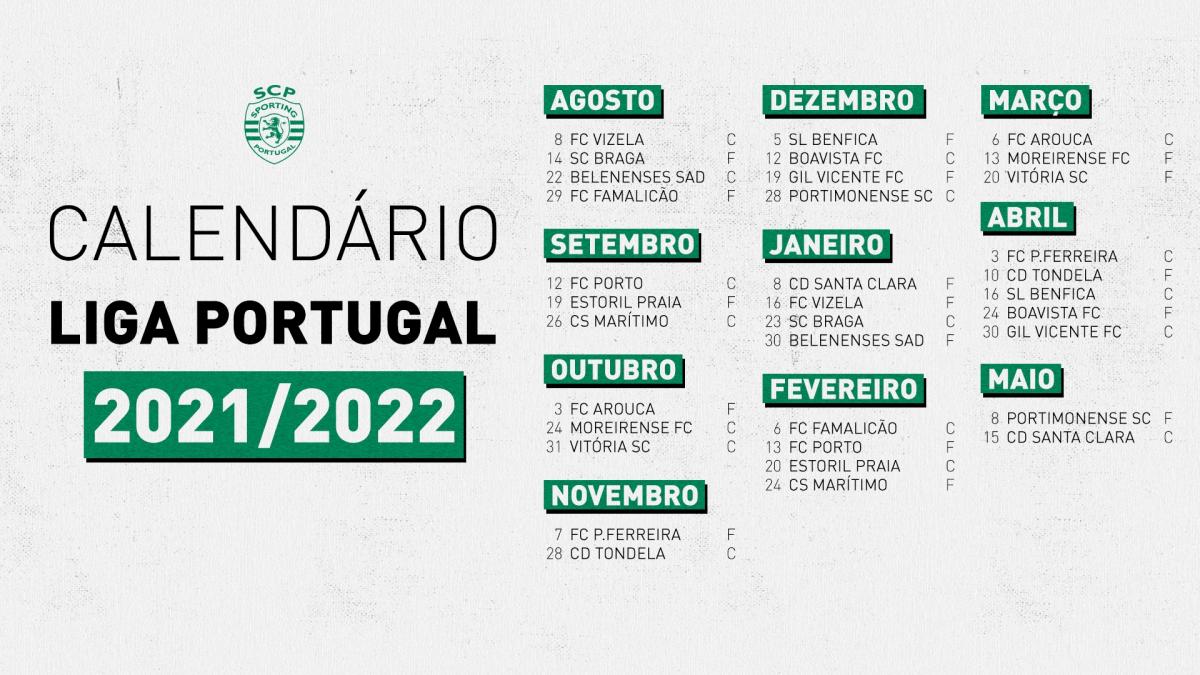