Sporting CP captain Sebastián Coates has been voted Liga NOS' Best Player for the 2020/21 season, it was announced on Thursday at the Gala Kick-Off at the Centro de Congressos da Alfândega do Porto.

The Uruguayan international received the most votes by the coaches and captains of the sides participating in the Primeira Liga. Coates played 33 games of a possible 34 in the league, being named Man Of The Match on three occasions and leading the most solid defence in the competition -conceding just 20 goals all season. The centre back also showed his attacking talent, scoring five goals. He beat teammates João Palhinha and Pedro Gonçalves in the voting.

"I'm very happy with this award, and I want to thank everyone who voted for me," said Coates. "The Portuguese league is very competitive, but of course you can always improve. Year after year, the league has grown a lot and has several teams and coaches that have evolved greatly. For foreign players, it's a league where we like to play, and Portugal is a country that always welcomes those who come in from abroad."

Looking ahead to 2021/22, Coates added that "As a group we have well defined goals, and the first competition up is the Supertaça. Like last season, we have to take things game by game and be very focused. Every match will be difficult and we have to concentrate." 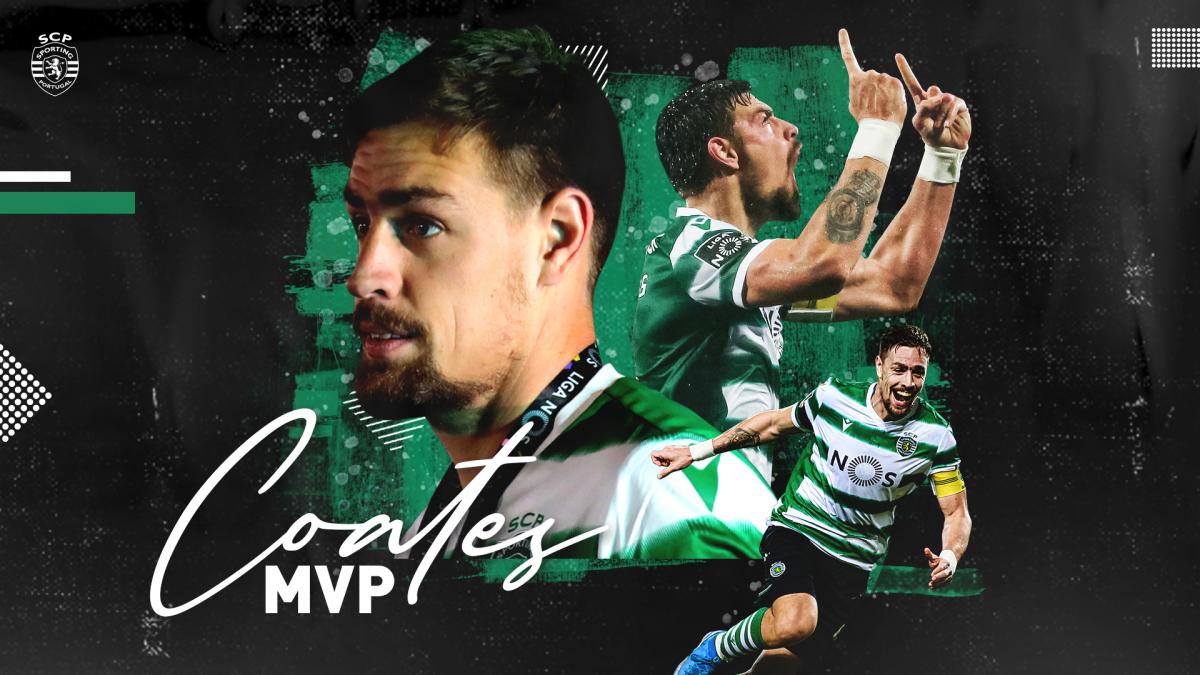 Rúben Amorim, who led the team to their first league title in 19 years, scooped the Best Coach award, ahead of Daniel Ramos of CD Santa Clara and Pepa of FC Paços de Ferreira. As always, he was keen to give credit to those who had helped him.

"Without my coaching staff, none of this would be possible. The award is not 'mine,' it's 'ours.' The staff are very good at what they do, and they deserve a lot of merit for the title. I should also mention everybody behind the scenes at Sporting CP, President Frederico Varandas, Hugo Viana and, above all, the players," said the coach, accompanied by his assistants in his video acceptance speech.

"Is unity the secret to success? Of course the results help, but yes, it is. My coaching staff and I have come a long way together; we've been through a lot. They are very capable and I'm not very overbearing, therefore it's an easy coexistence. Everything went well during the season and, when that is the case, everything gets easier."

"We can't deviate from the path we've established, and a title doesn't change what we want this year. We still have distances to cut to our rivals. Our players were champions, but they're still young. That said, obviously we're going to try to win the league. Last season we believed in it, but now we know it's possible because we've already done it. We will go game by game, but with our eyes on trophies -especially the Supertaça," he stressed. 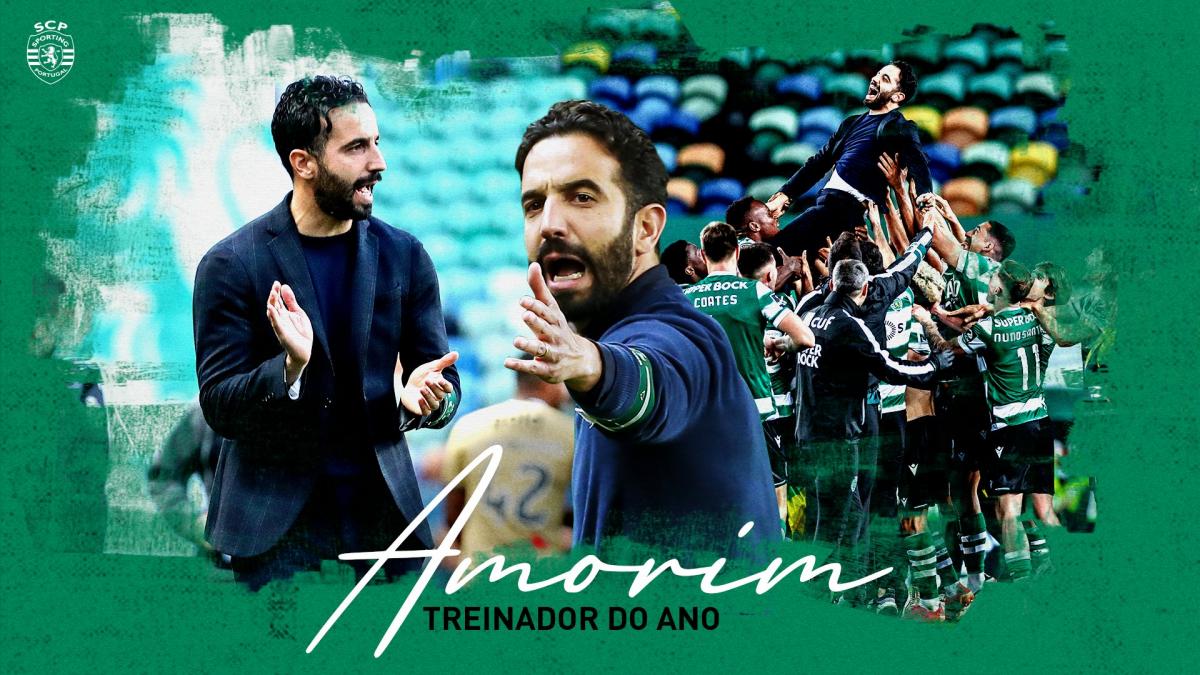 Pedro Gonçalves, the top scorer in the league with a total of 23 goals, was voted the Best Young Player in the competition, receiving more votes than teammate Nuno Mendes and also Portimonense SC striker Beto.

"I couldn't even have dreamt that I would have a season like I did, but I want to thank everyone who voted for me. Without my teammates I could never have reached this level. They helped me a lot during the season," 'Pote' commented.

"For this new season I can promise that I will work hard every day. If I do well in training, the coach will give me opportunities on the pitch. The only thought for the team at the moment is the Supertaça. After that, we'll think about the league," concluded the forward who became the first man to win Best Young Player for a second consecutive season. 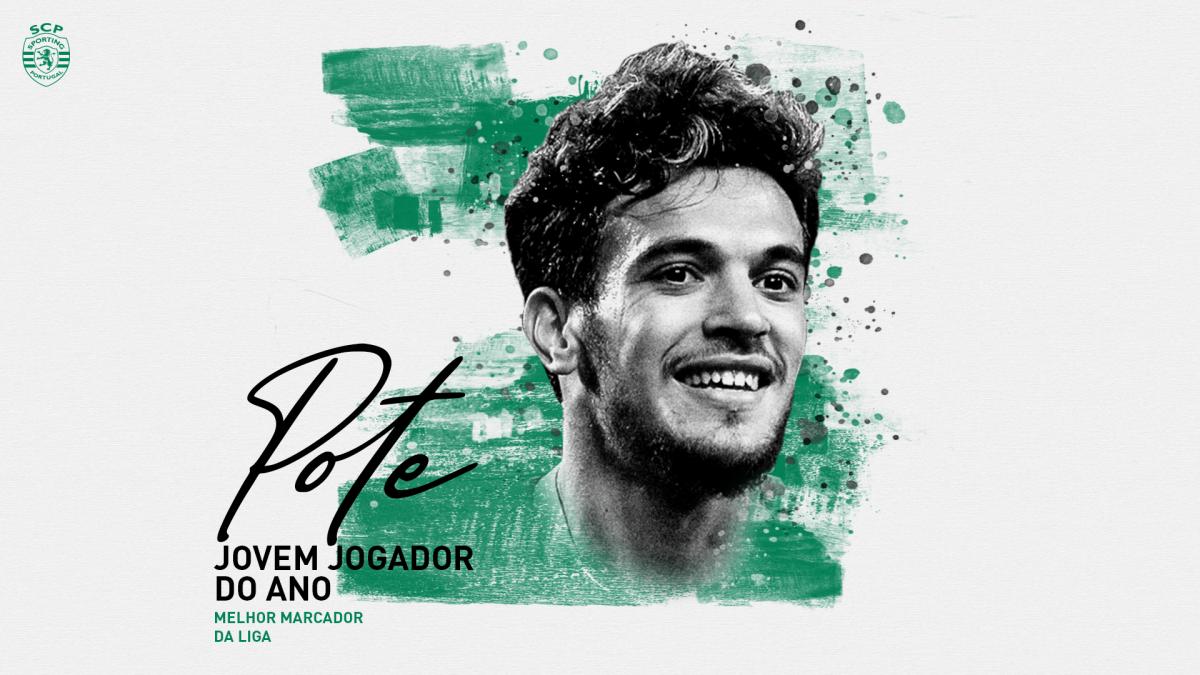