A 2-1 triumph gets the season underway in style

Sporting Clube de Portugal kicked off the official action for the 2021/22 season by winning the Supertaça Cândido de Oliveira, beating SC Braga 2-1 at the Estádio Municipal de Aveiro through goals from Jovane Cabral and Pedro Gonçalves. The trophy adds to their success in the Primeira Liga and Taça da Liga last season, is the ninth Supertaça in the club's history, and their first since 2015.

The atmosphere was celebratory right from the get-go, as fans were allowed back into the ground and Sportinguistas were in the clear majority. 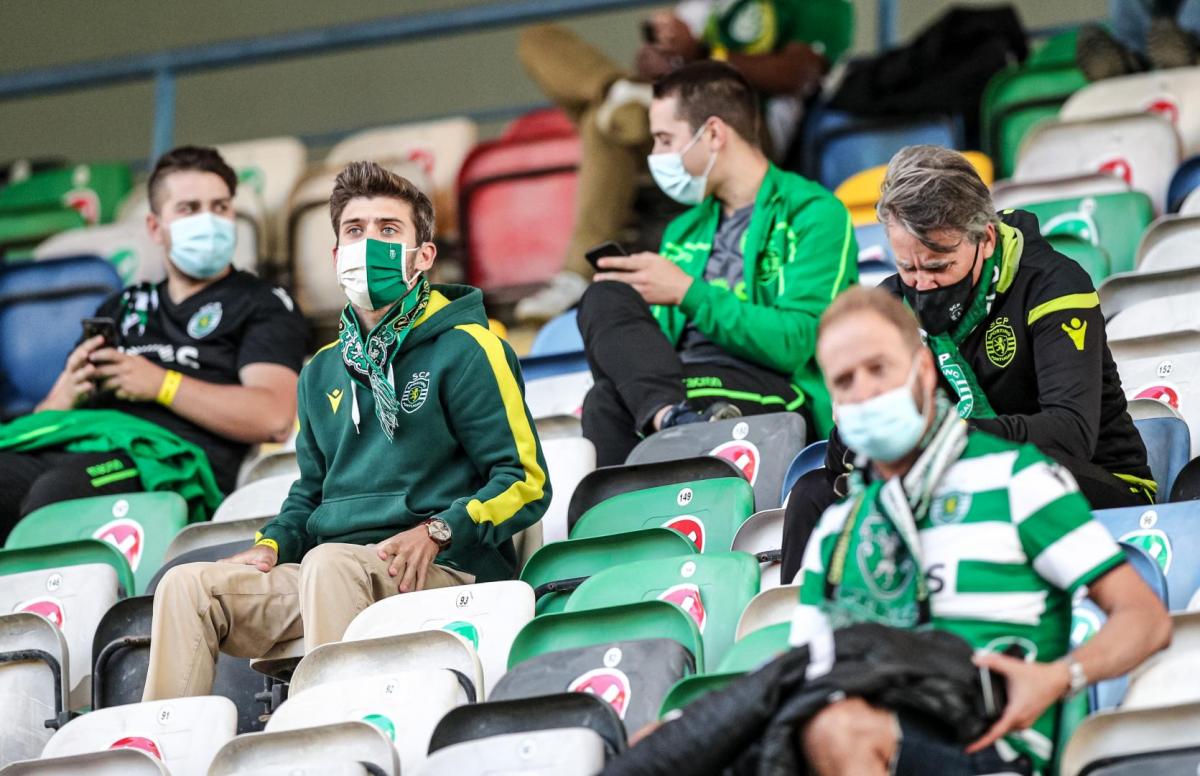 After a cagey opening few minutes from both sides, SC Braga's Abel Ruiz was the first to try to score, but the ball went well wide of Antonio Adán's goal. At the other end, Pedro Gonçalves' shot was saved by Matheus and, little by little, the contest came to life.

SC Braga would break the deadlock on 20 minutes through Fransérgio, slightly against the run of play, making it 0-1.

The response from Sporting CP was immediate as, less than ten minutes later, Nuno Mendes played a perfect pass to carve open the defence and set Jovane Cabral through on goal. He bested Matheus in the one-on-one, taking the score back level. 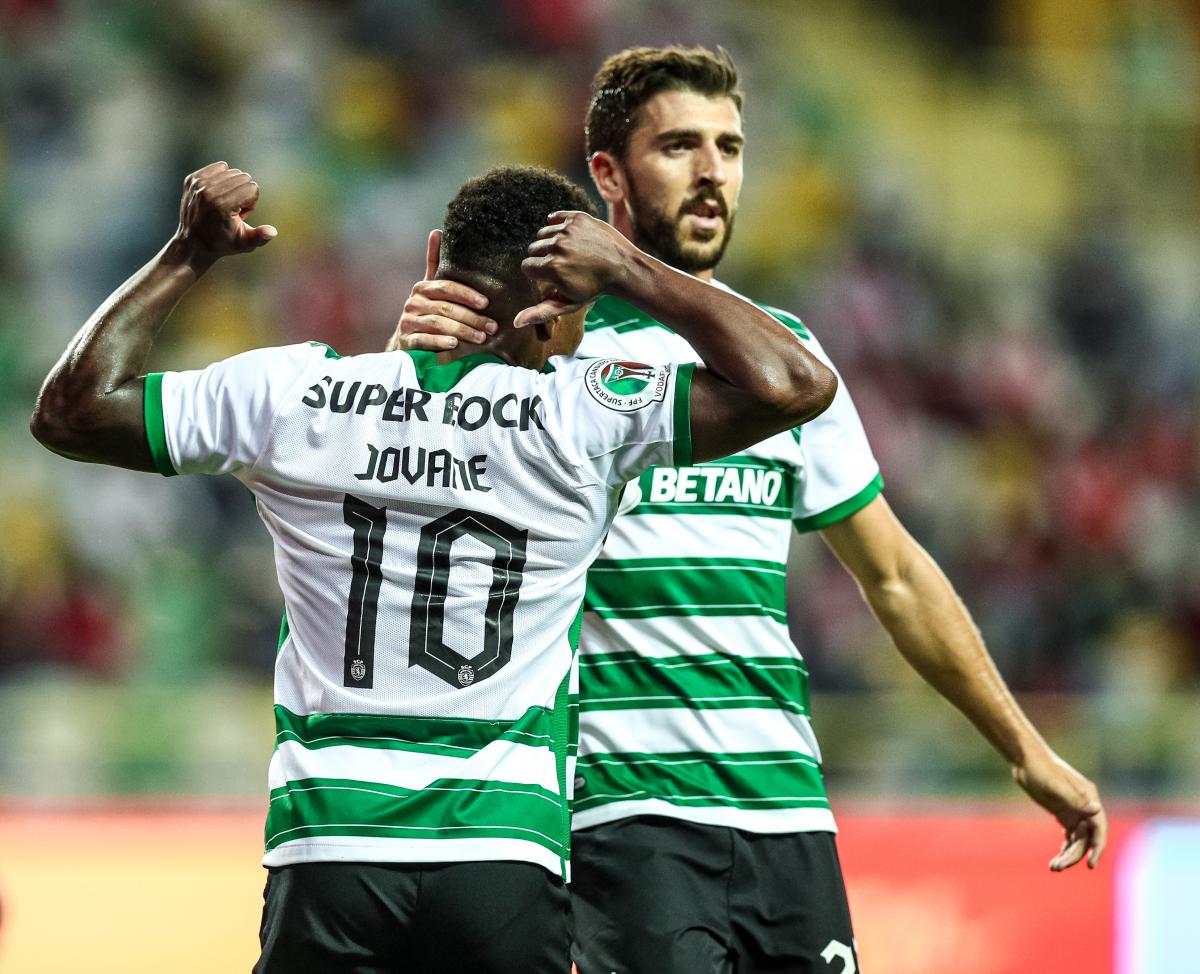 Sporting CP dominated and created dangerous situations continuously, and Matheus was called into action when a beautiful 33rd minute cross by Nuno Mendes was shot by Gonçalves for Matheus to keep out.

The SC Braga goalkeeper was not able to prevent Sporting CP from going into the break in the lead however. João Palhinha recovered the ball, Matheus Nunes set up Gonçalves on the right, and last season's top scorer lobbed the ball into the net with a well placed lift. 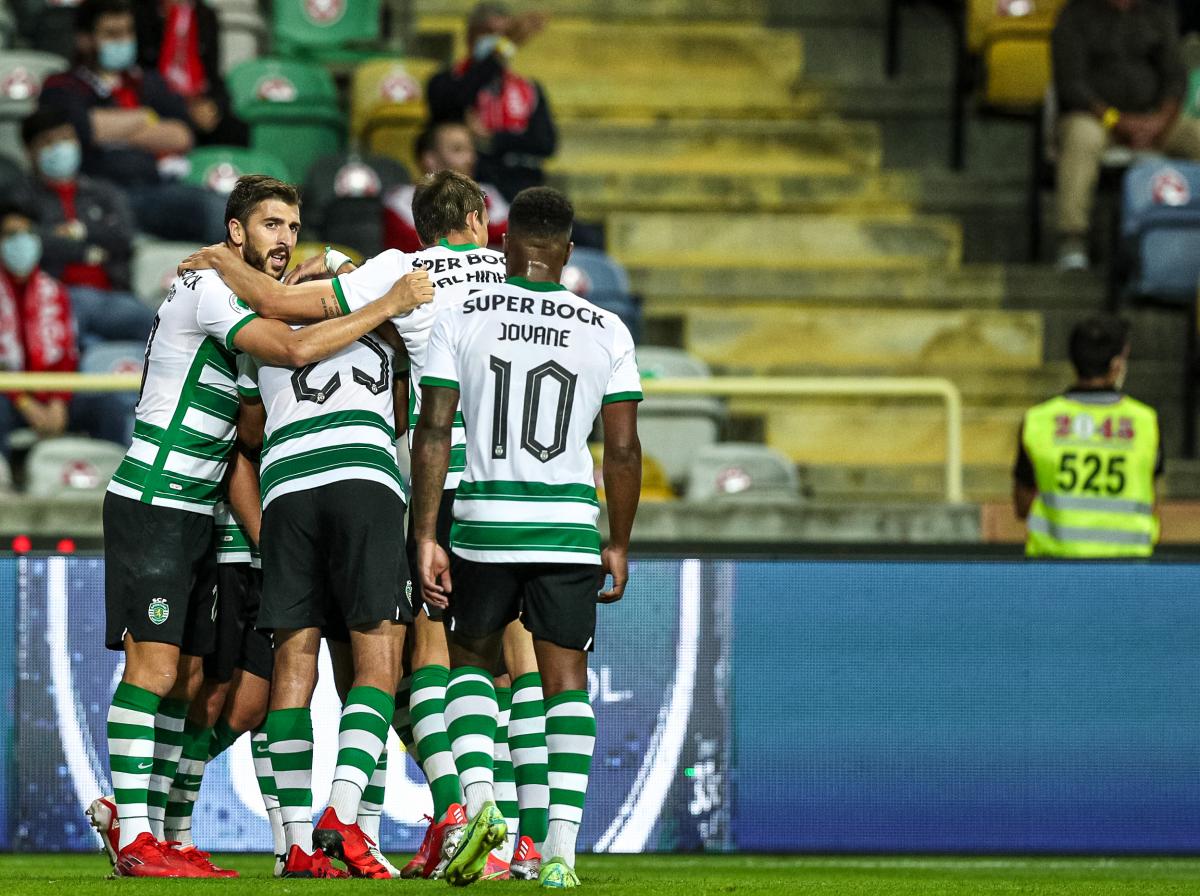 With the score at 2-1 at the break, Sporting CP came out for the restart determined to extend their advantage. The opposition goalkeeper was put under pressure in the 52nd and 54th minutes, as he saved Pedro Gonçalves and Matheus Nunes' shots, respectively, and shortly afterwards a Nuno Mendes' free-kick narrowly flew into the side netting.

Amorim made his first substitution 20 minutes from the end, bringing on Tiago Tomás in Paulinho's place.

SC Braga enjoyed a timid attempt on goal by Abel Ruiz that failed to trouble Adán, whilst Jovane Cabral struck wide with his response for Sporting CP on 74 minutes. 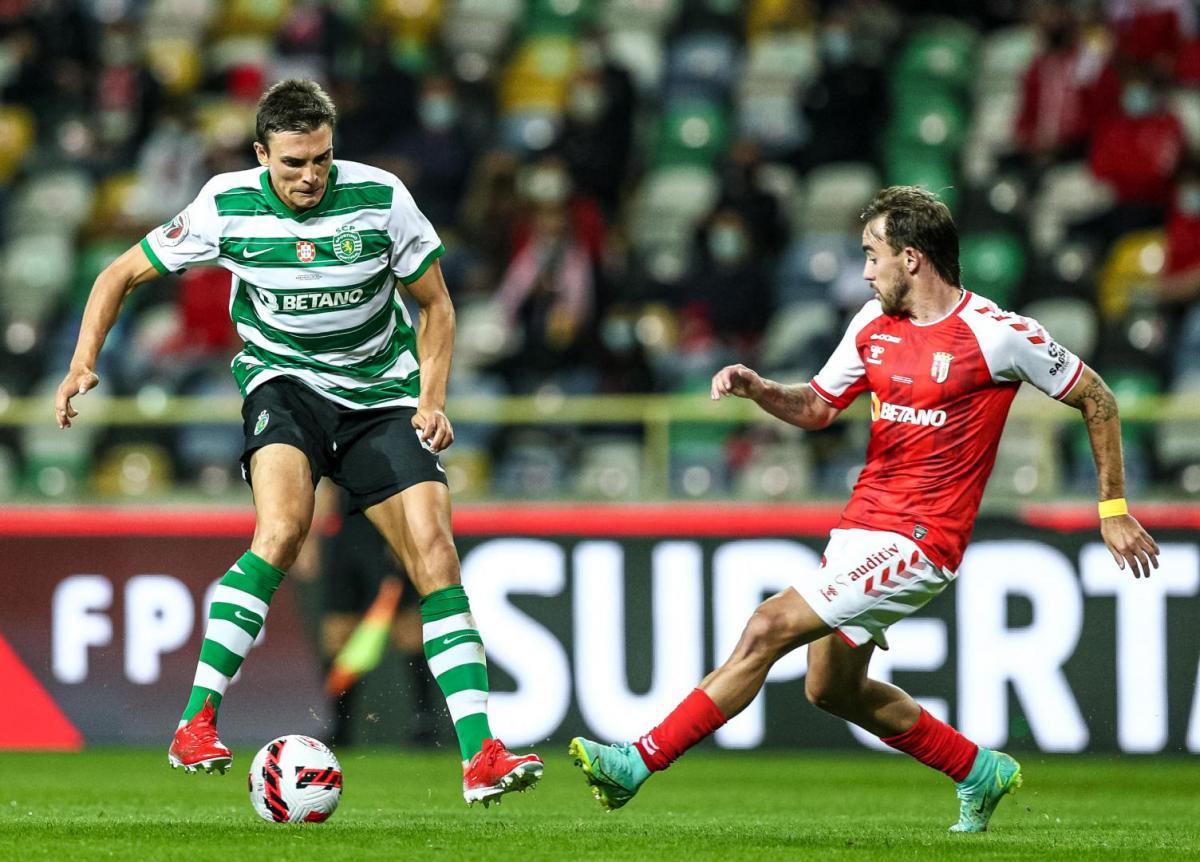 Gonçalves would shoot off target with the goalkeeper stranded, and fresh substitute Bruno Tabata had an effort from distance kept out by Matheus, but there was no change in the scoreline. After seven long minutes of stoppage time, the whistle was blown and Sporting CP were crowned Supertaça winners.