Amorim: "Winning the next game gives us a trophy, and that is the most important thing"

Sporting Clube de Portugal will face SC Braga this Saturday in Aveiro, as the Supertaça opens the 2021/22 season. Ahead of the game, Rúben Amorim and Paulinho gave a press conference to talk about their preparation for the contest.

Coach Amorim acknowledged that the upcoming campaign "will be much more exhausting" than the previous one, but assured that he has his team ready to overcome any obstacles that may arise.

"It will be a huge challenge, competing in different competitions. We have more responsibility and we have to face this as something exciting, without any fear," he stated.

"We had a very good season, with some very low points when we were eliminated from competitions. We have to pay attention to those moments and make sure that the players are prepared. At Sporting CP there is a lot of demand and we have to deal with that. We are looking ahead to the new season with enthusiasm."

He also warned that, although Sporting CP do not have "the same budget or the same experience" as their direct rivals, their biggest responsibility "is to use common sense"

"Sporting CP fans want more every day. I draw attention to this so that no one clings to a trophy win to fall back on if something goes wrong."

As for SC Braga, Amorim believes they will cause more difficulties than Olympique Lyonnais did in the Troféu Cinco Violinos a few days ago.

"SC Braga will be different from Olympique Lyonnais; they know Sporting CP better. (...) Let's not kid ourselves. That last game doesn't tell us anything, as it was preseason. This will be very difficult. SC Braga have the ability to fight to win every match. They don't have the same responsibility, but that's a big advantage. It's good for the team and for the club. They're a very experienced team, but they don't have the same history as the big three. They have grown a lot, but there are things that take a long time to build."

The media had a first chance to ask the Sporting CP coach about signings, and he commented on the current squad.

"We have the squad that we want. I really like all the players, who all have different characteristics. We were looking for young players; we sought out Ricardo Esgaio because we are going to have more competitions to play in. Rúben Vinagre is a talented player. They are two players who were brought up at Sporting CP."

"Winning the next game gives us a trophy, and that is the most important thing".

"I don't know what the season will be like, but there's no doubt that Sporting CP are better than last year, because we are playing better. We're more of a team and we have more experience. Winning the next game will give us a trophy, and that's the most important thing." 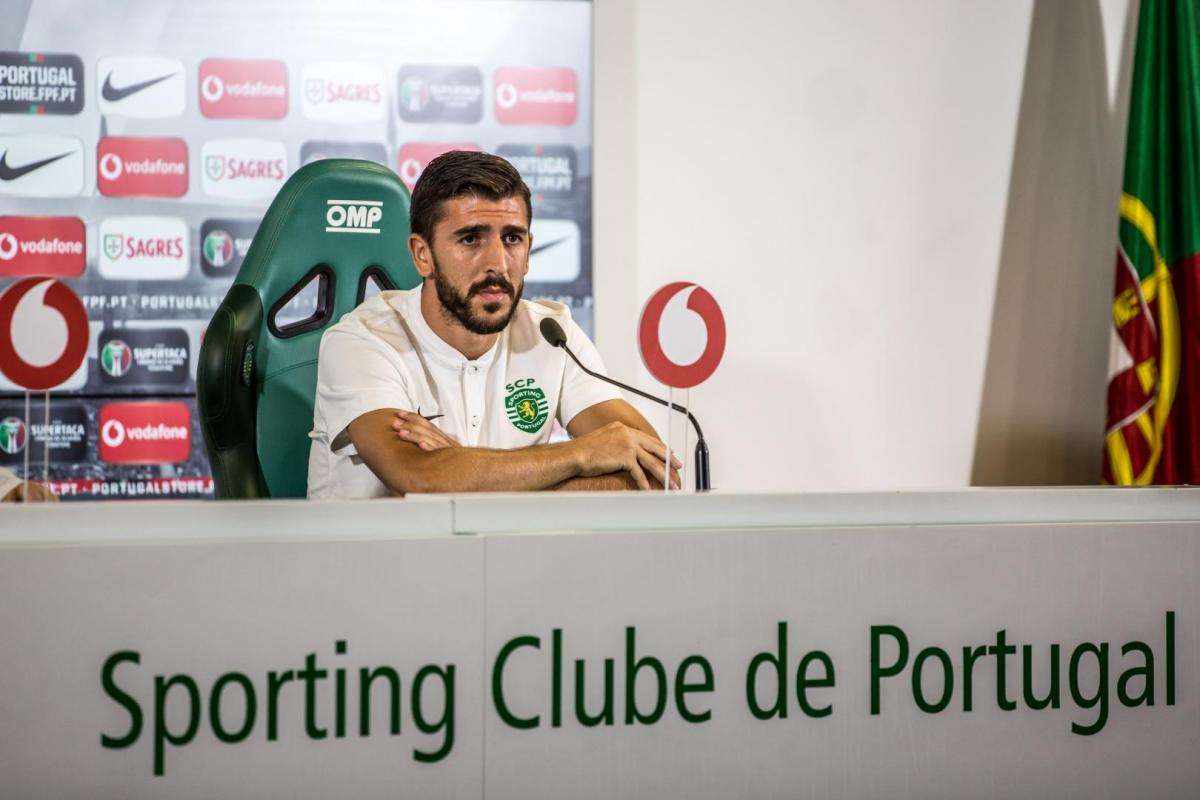 In Paulinho's opinion, Sporting CP are in good shape for Saturday's game.

"We've had a month to work well and get into the routine. We're prepared for the game. Last season's trophies give us no guarantee that we have the victory in hand. The month of work that we've done gives us the guarantee that we are prepared, as well as the confidence we have in ourselves and in our teammates," he expressed.

Sportinguistas will be back in the stands, something that Paulinho will experience firsthand for the first time since joining the club, he stated that "in the final moments or in more tense moments, their support is essential. They give us extra strength. Sporting CP fans are eager to see the team that were league champions."

"I want to score in every game, but what matters is tomorrow's game and the focus is on this."

"When I arrived here I was coming back from an injury and I felt a lot of difference in the pace I was at. I got injured again and I never had enough consistency to perform at my best level. I believe that this preseason has already given me that," he concluded.