Tough start in Champions League with loss to Ajax

Sporting CP lose 1-5 on the opening matchday in Europe

Sporting Clube de Portugal suffered a tough defeat to AFC Ajax in the opening game of the UEFA Champions League group stage, losing 1-5 at home to the Dutch side.

Fans flocked to the Estadio José Alvalade and filled the maximum capacity permitted by healthcare authorities for the game, which marked the team's return to the top European club competition. Sporting CP debuted their new third kit, and coach Rúben Amorim made just the one change to the lineup that began the game against FC Porto, with Gonçalo Inácio covering for the injured Sebastián Coates.

The start was a difficult one for the home side, who went behind after just two minutes: Antony took an initial shot, the ball swerved over Luís Neto, it hit Antonio Adán's post and fell for Haller, who only had to head it into the net. Shortly afterwards, Antony set up Haller in the heart of the area to make it 0-2. 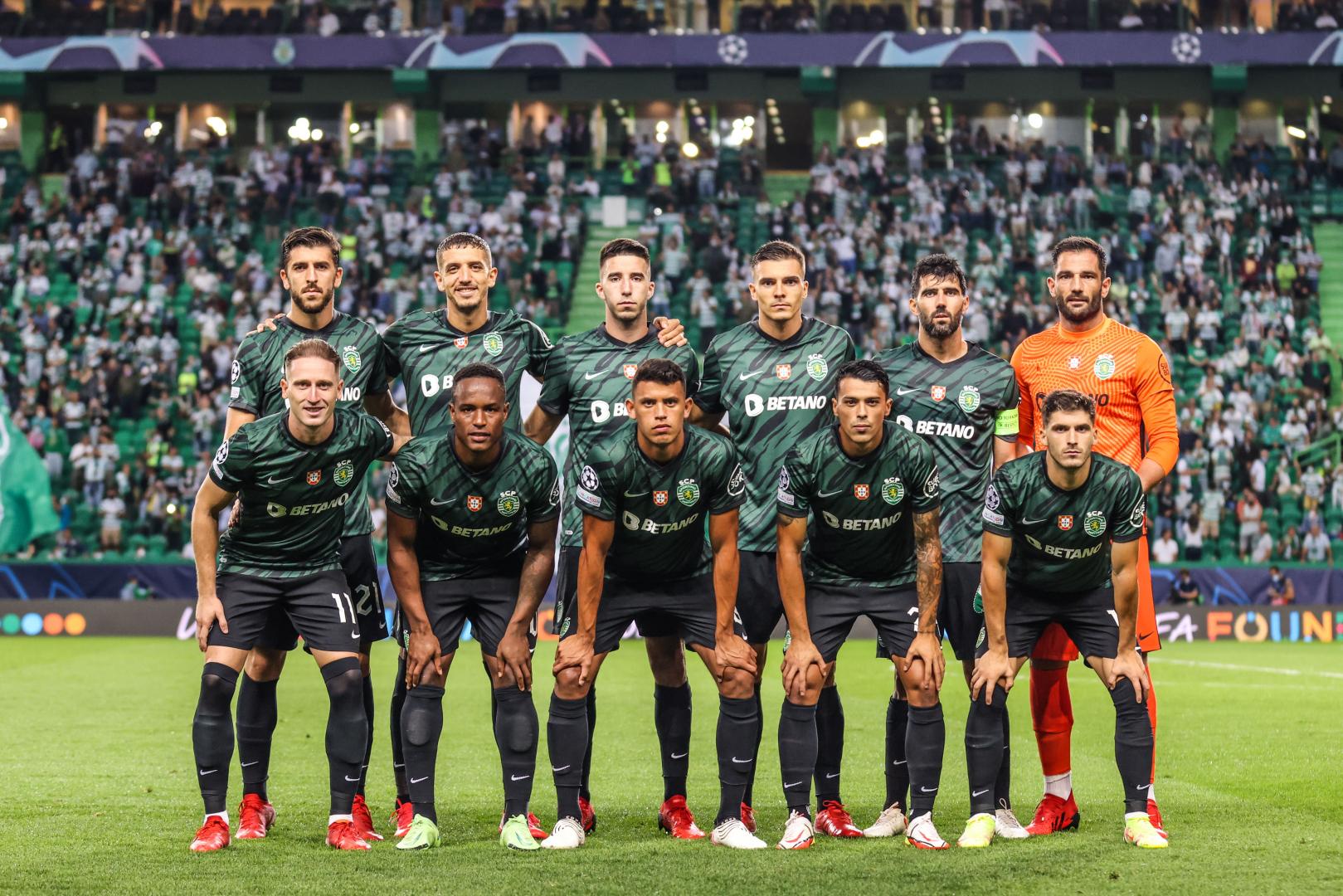 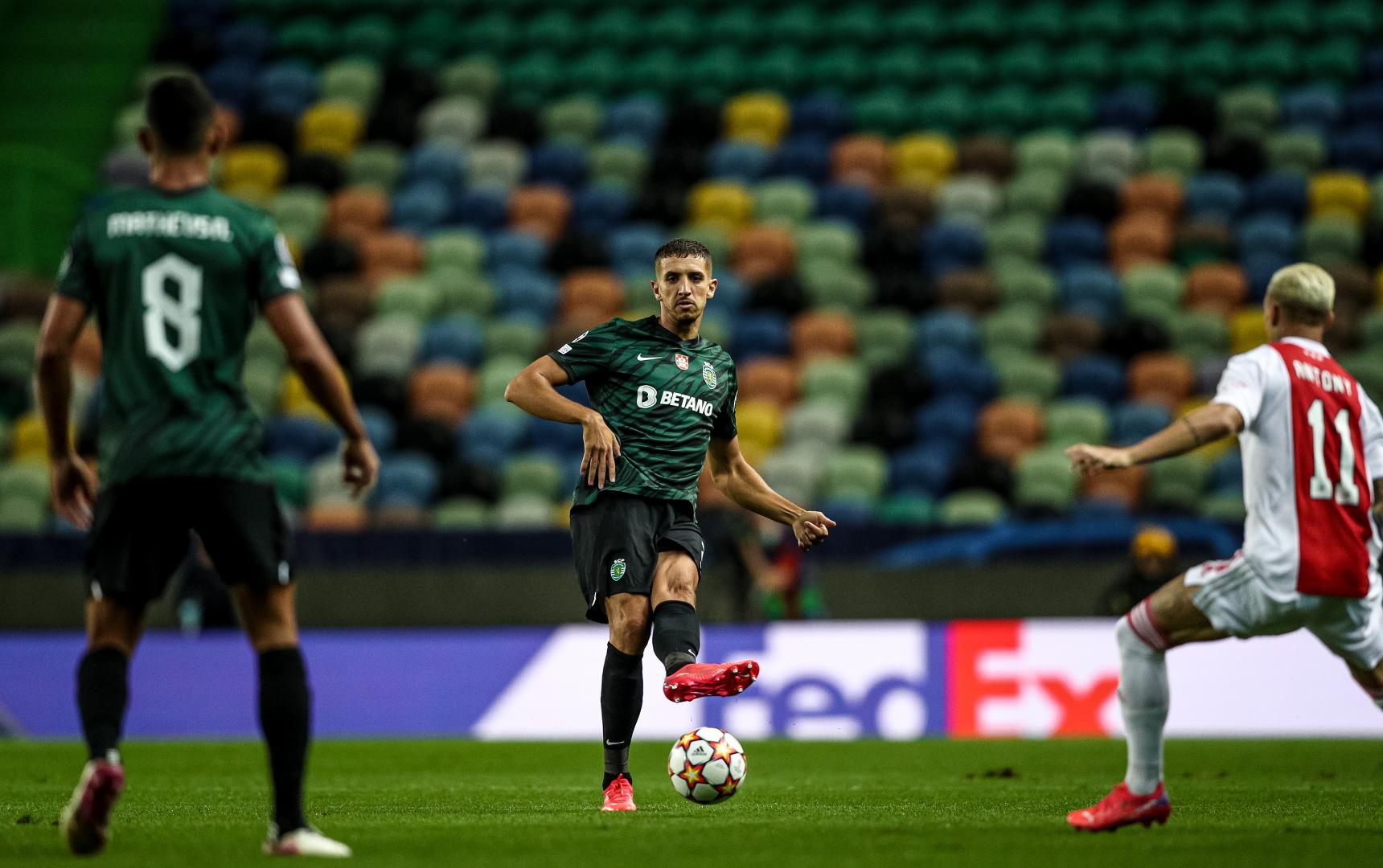 From here, Sporting CP was forced to chase the result against a team who would resort to playing the ball around their own half, even with a high press employed by Os Leões.
The first Sporting CP chance was provided by Paulinho, who on 13 minutes went on a counterattack and then shot wide from the resulting corner.

Just 20 minutes in, another hard blow was suffered with Gonçalo Inácio going off injured, to be replaced by Ricardo Esgaio. This was followed by a shot by Gravenberch that Antonio Adán kept out, and a header by João Palhinha that went off target.

Finally, on 33 minutes, Sporting CP pulled a goal back, and it was Paulinho who scored it on his Champions League debut. Matheus Nunes found him with a great pass, and the striker did the rest. 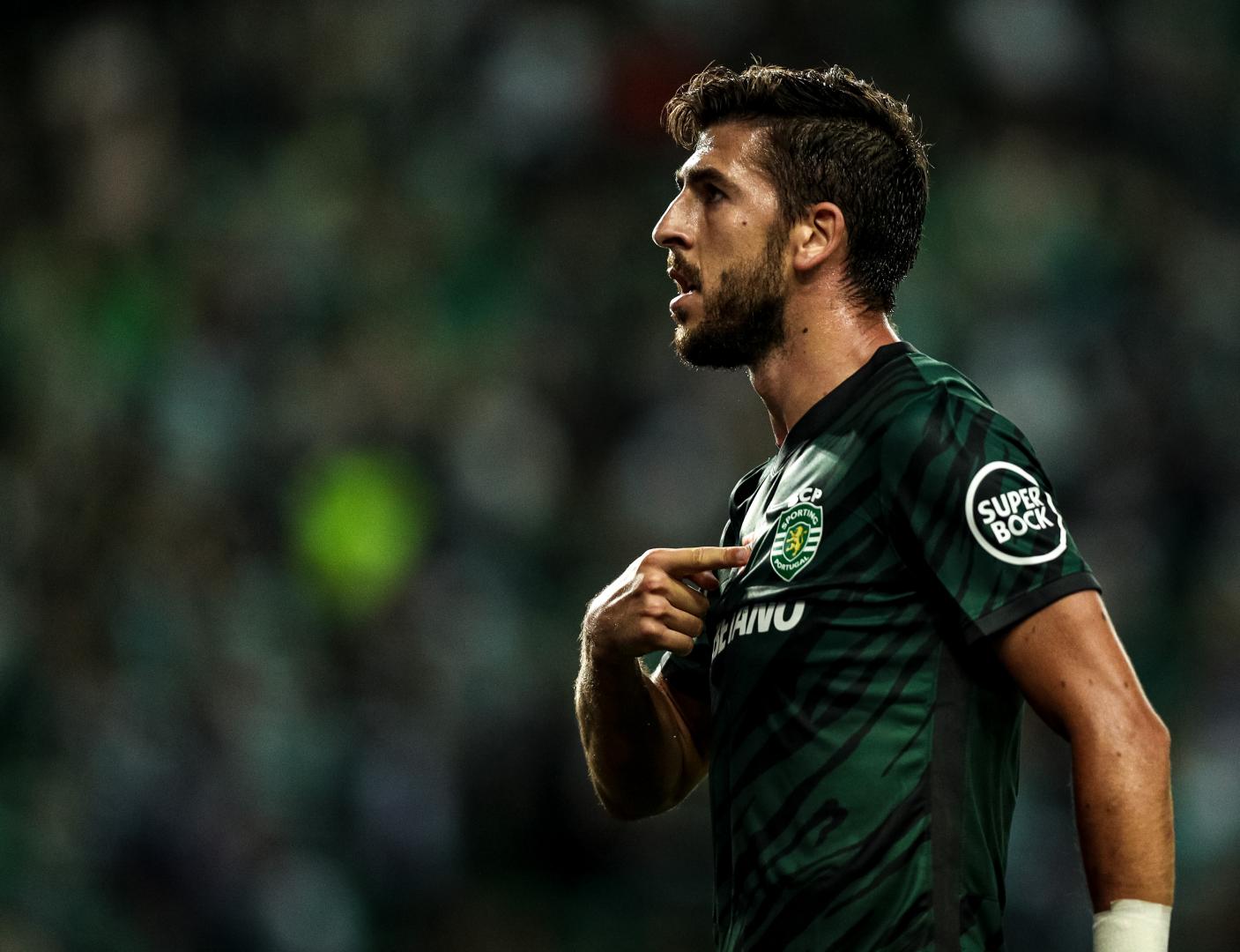 Happiness for Sportinguistas was short-lived, however. A little more than five minutes before halftime, Ajax made it 1-3 through Berghuis. The score remained the same at the break, despite a header nodded just outside the post by Zouhair Feddal in stoppage time. 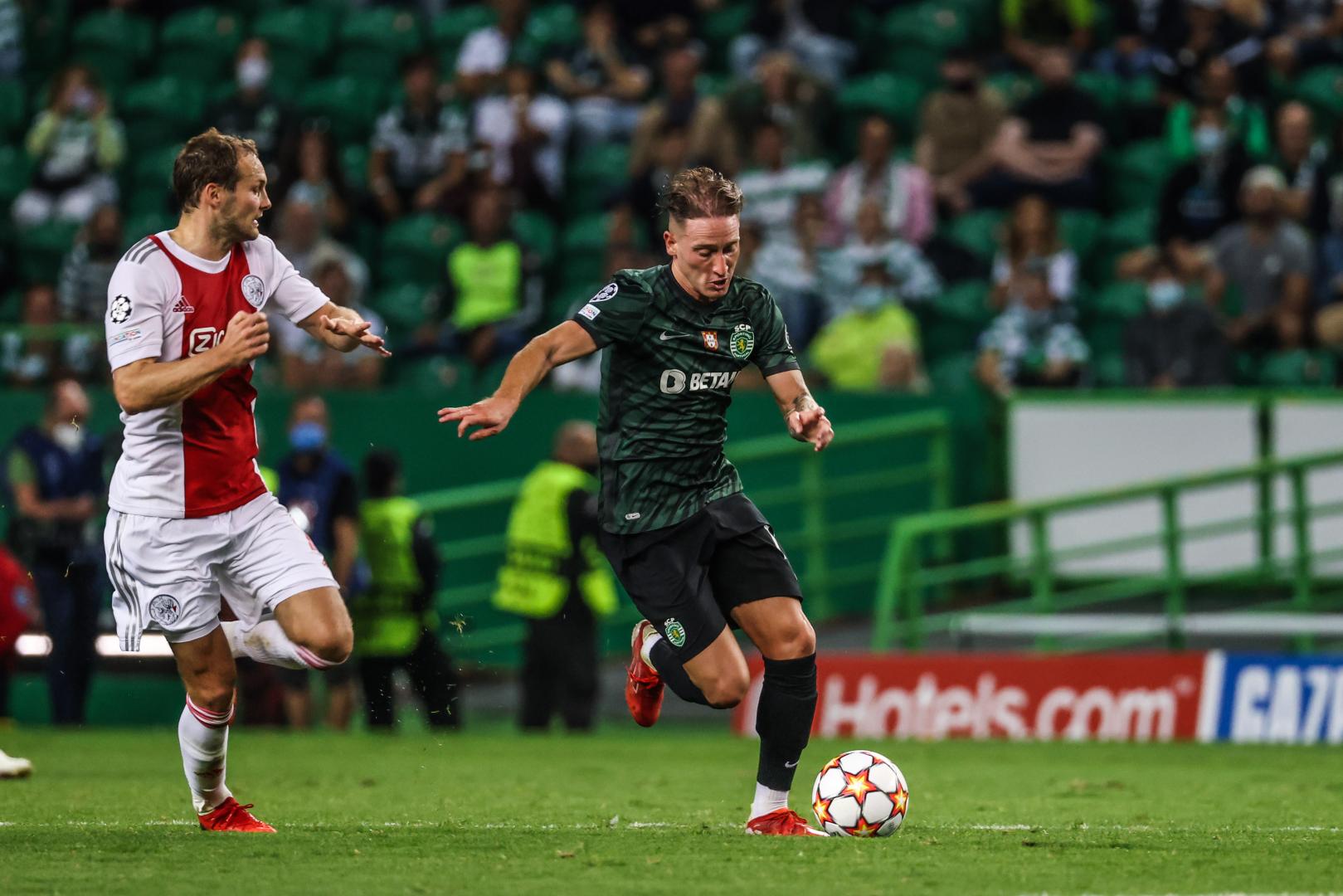 Amorim made moves for the second half, bringing on Matheus Reis and Pablo Sarabia to replace Rúben Vinagre and Jovane Cabral. Despite this, on 48 minutes more misfortune followed for Sporting CP: Paulinho headed into the back of the net for what would have been a magnificent goal, but it was disallowed for offside after a VAR check. Shortly after, Antony sent in another ball for Haller to take Ajax 1-4 ahead.

Pedro Porro then had two good chances, but on the first he hit the post and on the second it was goalkeeper Pasveer who kept the ball out.

The night concluded with another goal from Haller in the 63rd minute -his fourth of the game, as Sporting CP suffered a difficult start to their European campaign.

Os Leões return to the action this Sunday with a visit to GD Estoril Praia in the Liga Portugal. 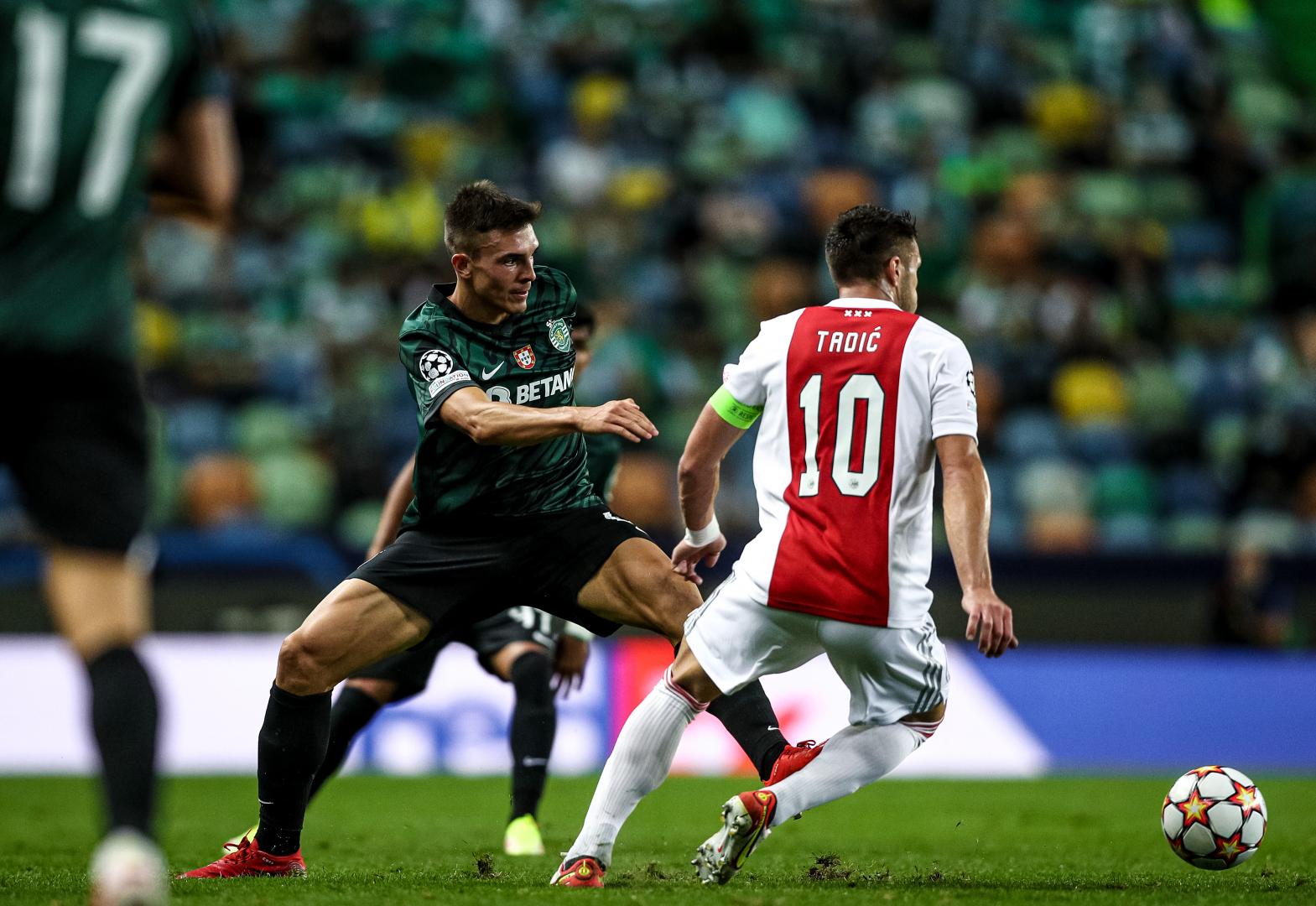 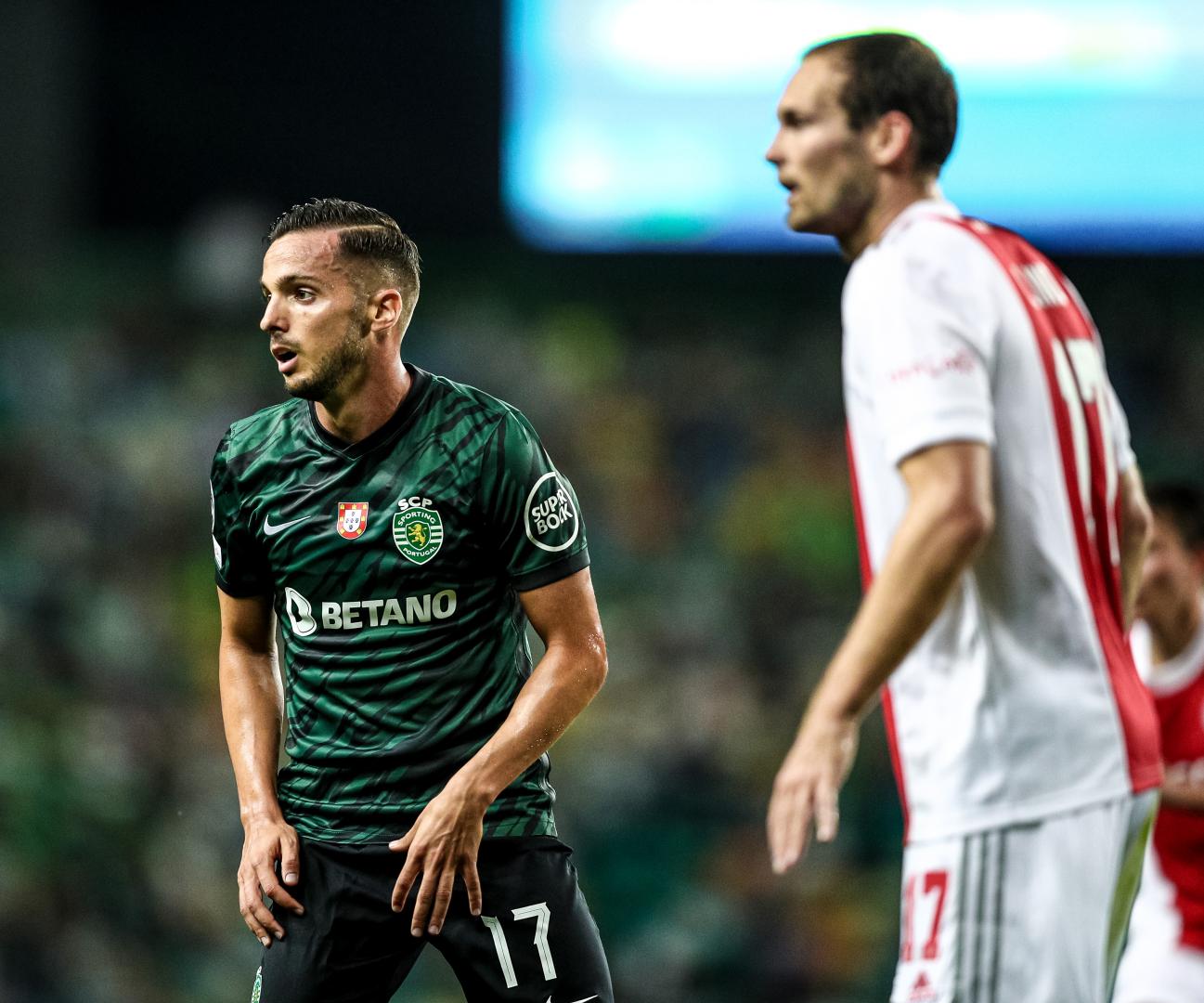 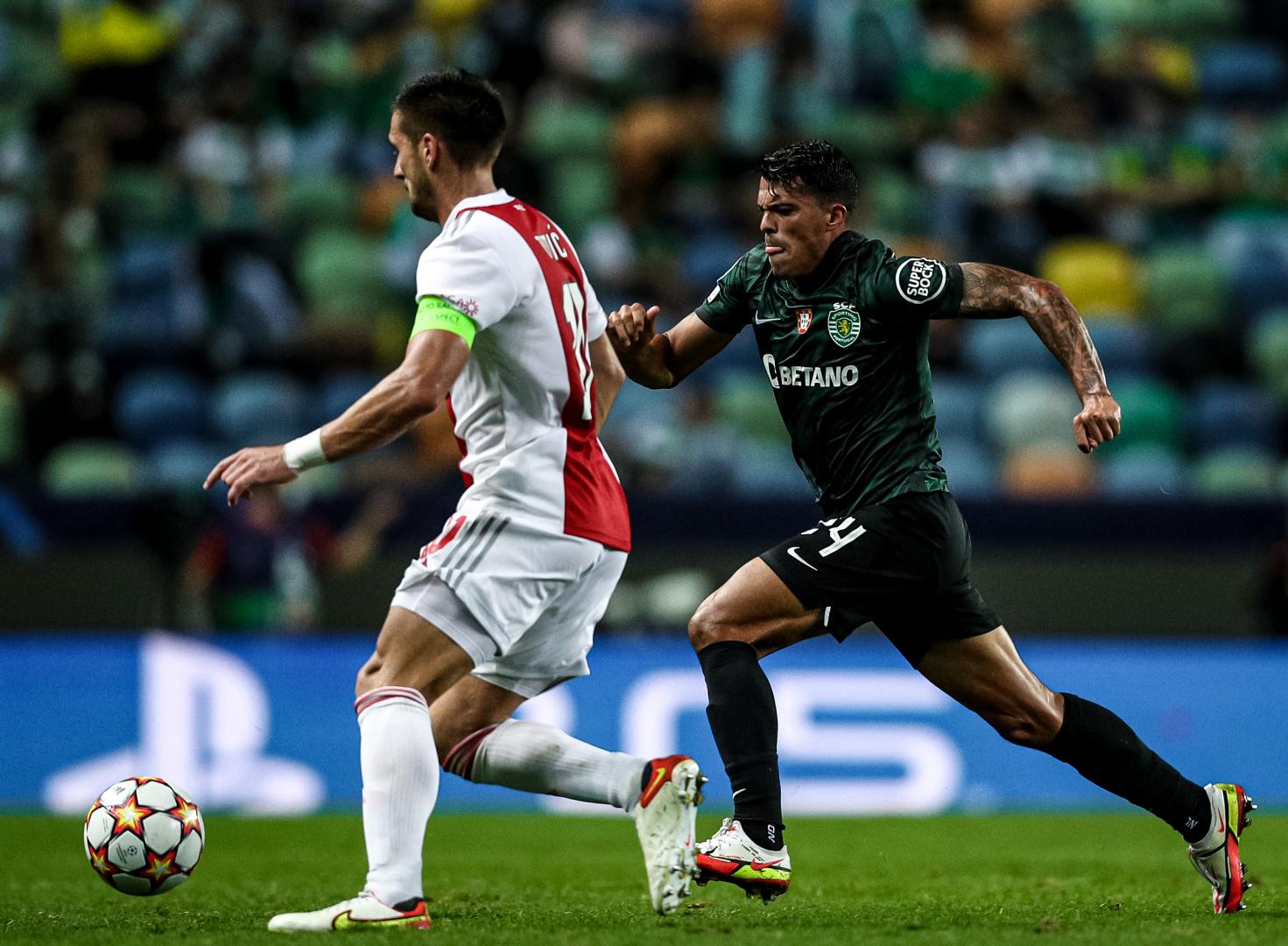