Amorim: "We have to be at our best against SC Braga"

For the first time in 2022, Sporting Clube de Portugal will play at the Estádio José Alvalade this Saturday, as they host SC Braga on Liga Portugal Matchday 19.

In his pre-match press conference, coach Rúben Amorim began by addressing the opposition - currently fourth in the table with 32 points - recognising that the two games played between the two teams this season served as a reference for their preparation.

"They have a very strong identity. They maintain some characteristics that they already had last year; there is a focus on the formation and the things that change are the individual characteristics. Therefore, we looked a lot at the two games we had against them this season," said the coach of the previous 2-1 wins over SC Braga.

Sporting CP come into the game in second place with 47 points, and the title race is heating up.

"We have to be at full strength to win the game. I know a lot of players [from SC Braga], and that helps, but obviously it doesn't give us any advantage. We have to be at our best, and very aggressive. We know each other, so I hope that it will be a great game and, even if not, Sporting CP need to win, which is the most important thing," he stated, before tactically analysing SC Braga.

"I've never seen SC Braga playing in low blocks. They choose the right moments to press. Sometimes there will be high pressure, other times they will wait longer for the moment. For example, we will have to pay attention to the depth of [Wanderson] Galeno and Iuri [Medeiros] is different too, so SC Braga will adapt to the game and so will we. Whoever is more inspired, more focused on defending and can better understand the game will win." 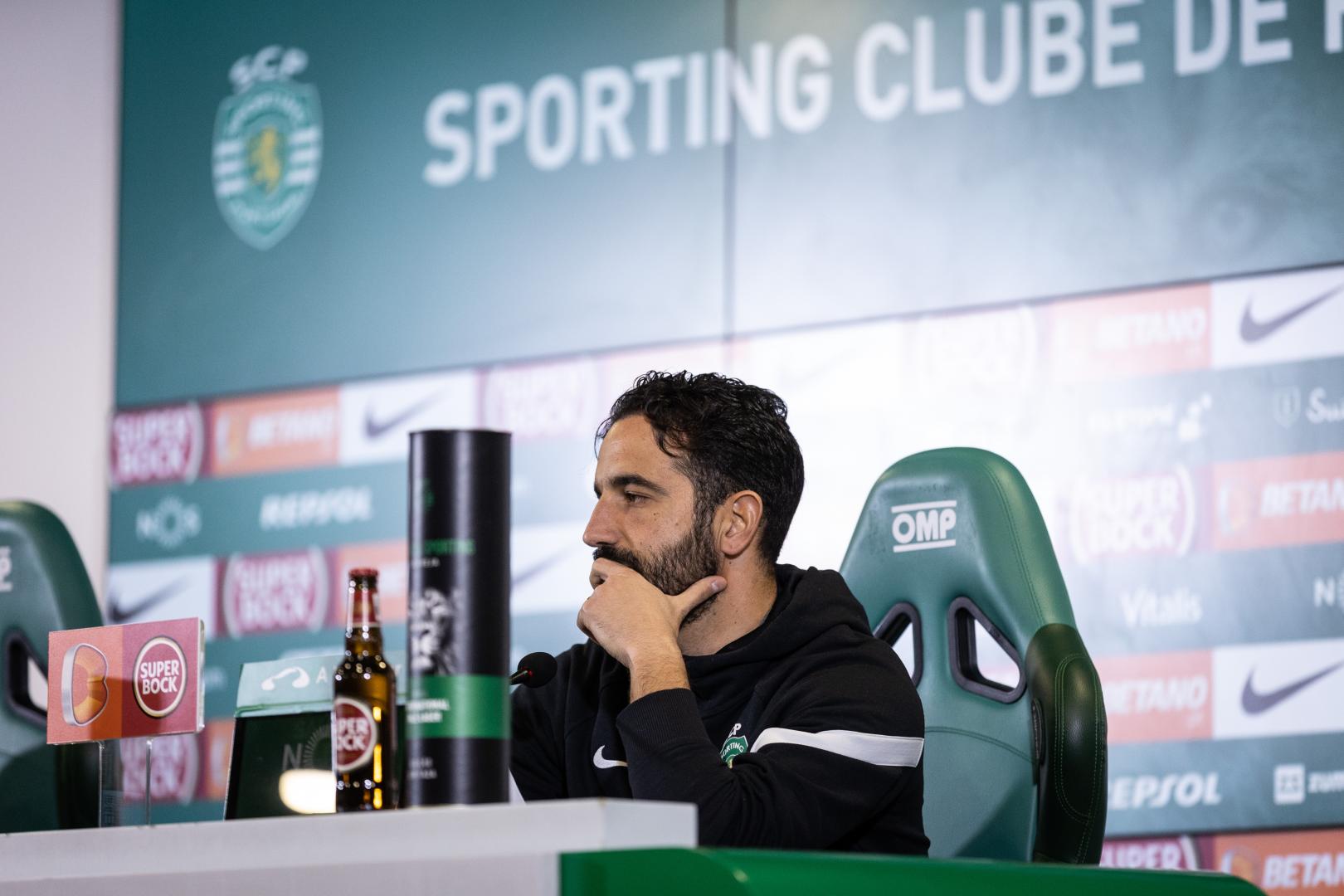 Asked about his decision to field Daniel Bragança in Vizela, instead of Matheus Nunes, Amorim explained that his coaching staff "try to use every opportunity to always keep players alert, because it is only this way that it is possible to win games and trophies."

"We are a team who have to work as hard as possible, otherwise we won't win games."

For this Saturday's match, he said that Jovane Cabral will be in the squad, before addressing the punishment that will remove Nuno Santos from the match.

"I made a correction to Nuno Santos and I shouldn't have, because it seems to me that it was used to justify a punishment that never occured. I don't want to go into too much detail, but I was looking at the footage and Nuno Santos threw water [towards the bench] and in the report it says that there was an obscene gesture -but I didn't see any images of it and the player also told me that he didn't. Sporting CP are very good at defending ourselves and our own. It doesn't seem fair to me. Nuno has to learn from these situations and the coach has certainly learned too. Nuno [Santos] will not be in the squad, and there will be another player in."

Regarding possible movements in the transfer market, Amorim said again that "whoever comes in will also be brought in with an eye on the future. I am very happy with the players that I have. They are more than enough to guarantee results until the end of the season. I want to emphasise the quality of my players, and what happens, happens."