A 3-3 away stalemate starts the Liga Portugal campaign

Sporting Clube de Portugal drew 3-3 in their Liga Portugal season opener against SC Braga, claiming a point from their visit to the Estadio Municipal de Braga.

Seven minutes later,  Sporting CP opened the scoring. Matheus Nunes recovered the ball in midfield and handed it off to Porro, who entered the area from the right and crossed to the back post. Three players waited for the delivery, and Pedro Gonçalves was the man to get to it and convert. 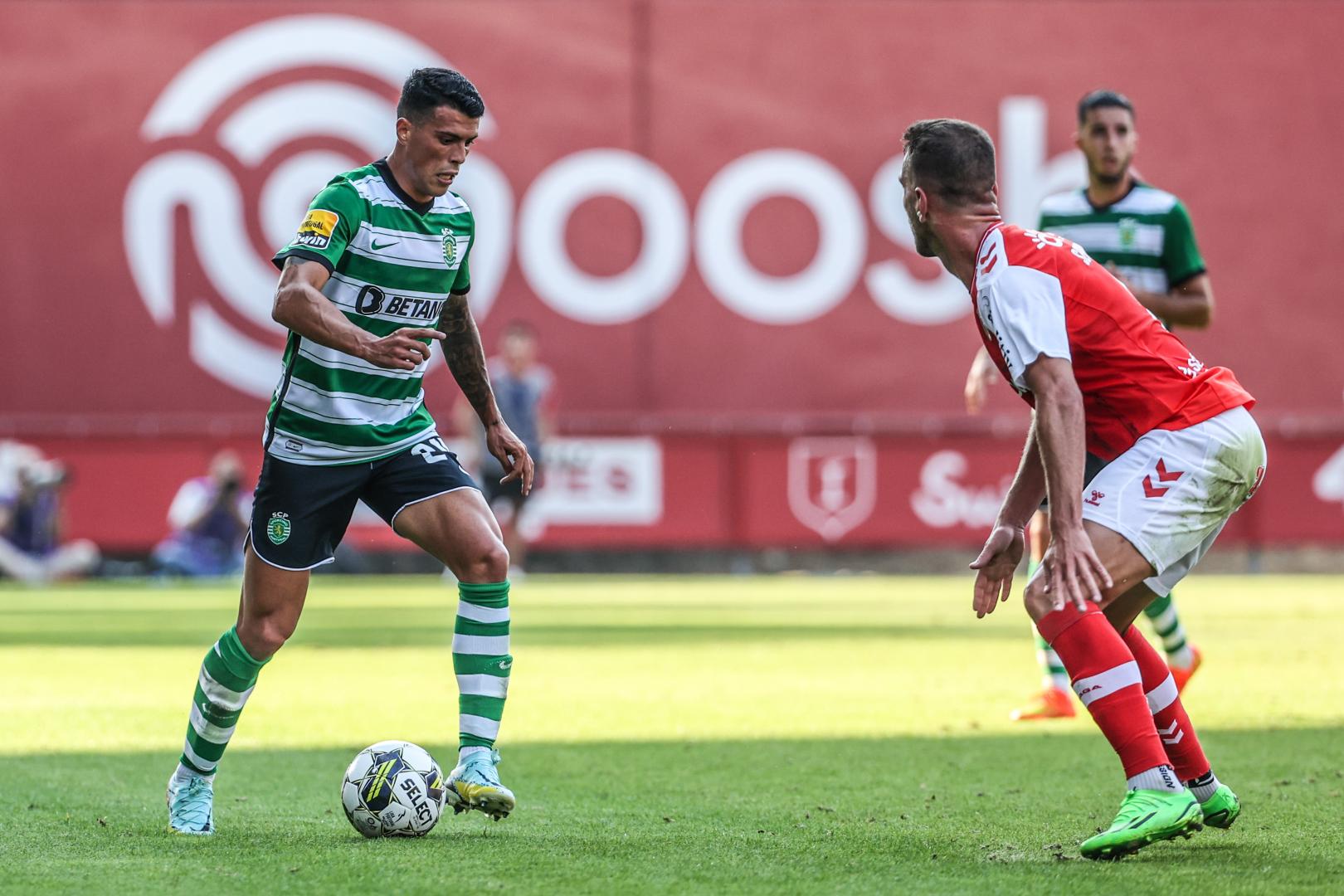 However, Sporting CP's advantage did not last long. Five minutes later, SC Braga made it 1-1 with a low shot by Simon Banza.

The team re-established their advantage, as Nunes picked out Nuno Santos alone on the left. The winger, on the edge of the area, shot into the ground and past the goalkeeper. 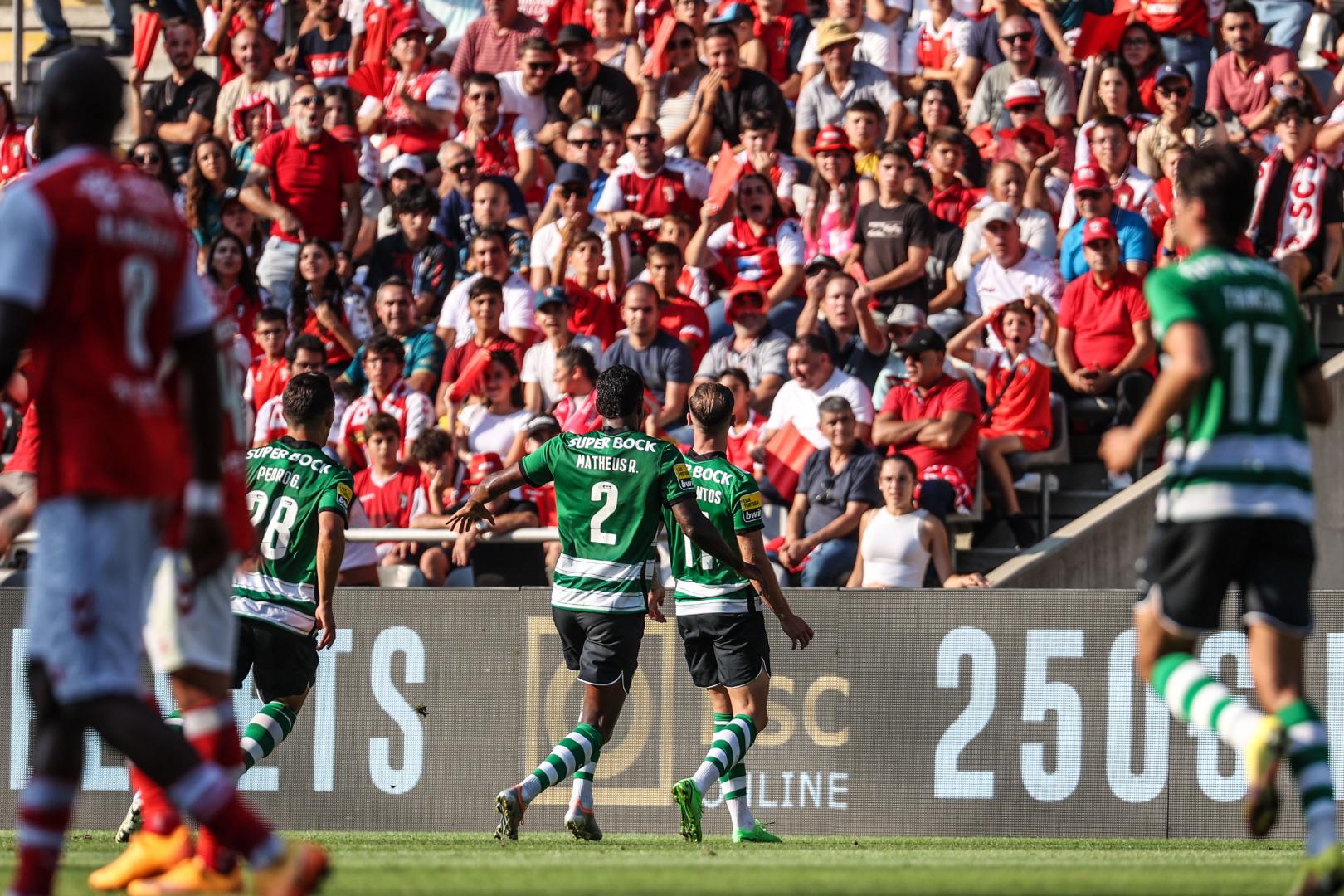 In the 32nd minute, SC Braga put the ball into the net again, but the referee and VAR ruled out the strike.

On his Liga Portugal debut for Sporting CP, Francisco Trincão nearly marked the occasion with a goal, but his shot against Matheus went over the crossbar. SC Braga responded and during extra time, made it 2-2 through Niakaté, following a free-kick by André Horta.

The match remained level at halftime, after an intense 45 minutes and four goals.

Amorim kept the same lineup for the second half, and it was again Porro who enjoyed a first chance, fended off by Matheus.

On the hour, the coach made three changes: Nuno Santos, Hidemasa Morita and Paulinho went off, and Jeremiah St. Juste, Manuel Ugarte and Marcus Edwards were brought in.

Soon after, when Trincão passed to Gonçalves in the box and he was brought down by Sequeira, an initial penalty call was reversed by the official. 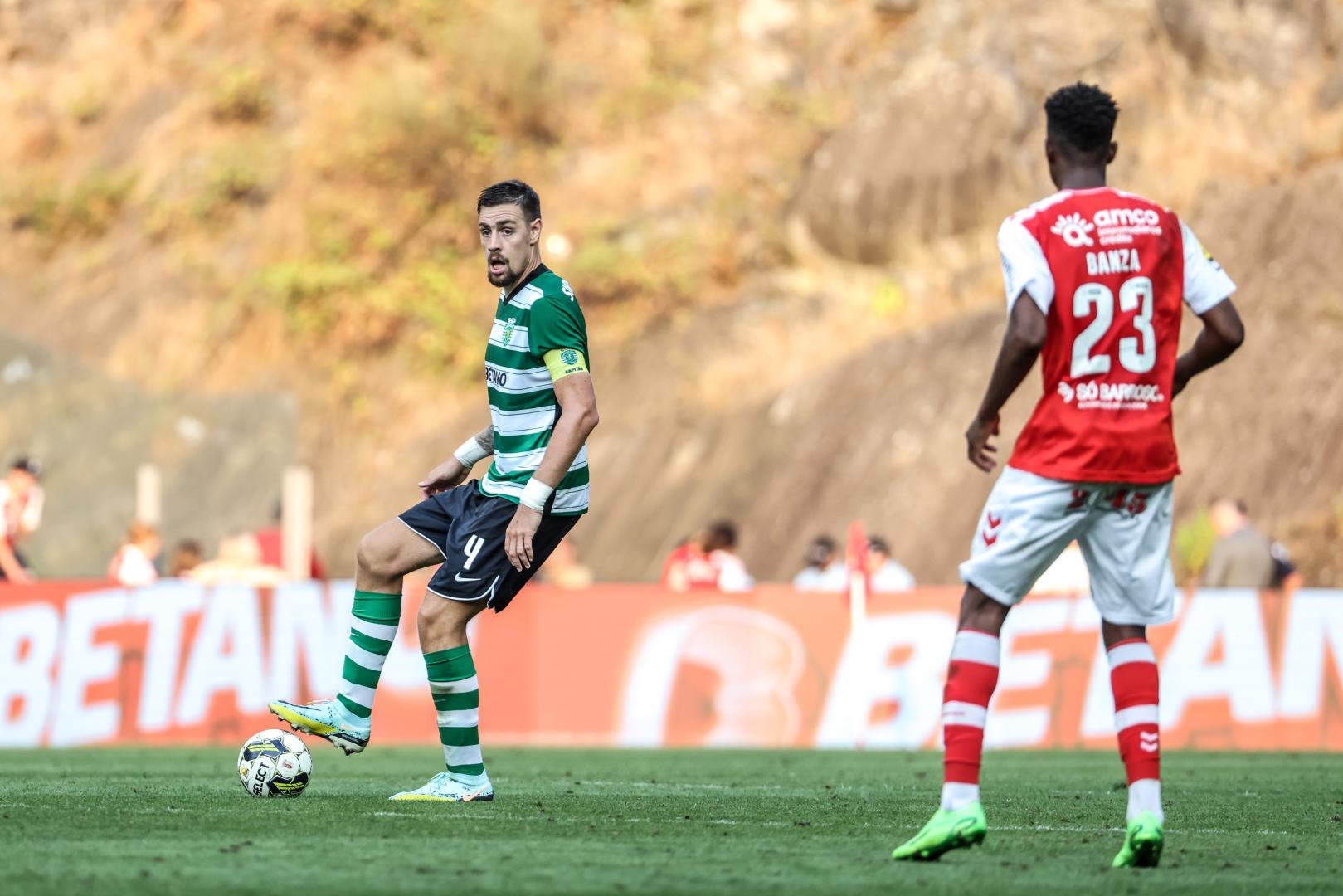 Porro had a shot hit Niakaté and the post in the 65th minute, off a solo move, followed by SC Braga forcing a pair of saves by Adán. Sporting CP had more of the ball, but SC Braga were looking more dangerous and were benefiting from free kicks near the area.

At the start of the last 10 minutes, Porro was replaced by Rochinha, who almost immediately contributed. Under pressure in the box, he sent the ball to the right post -where Marcus Edwards appeared to finish. 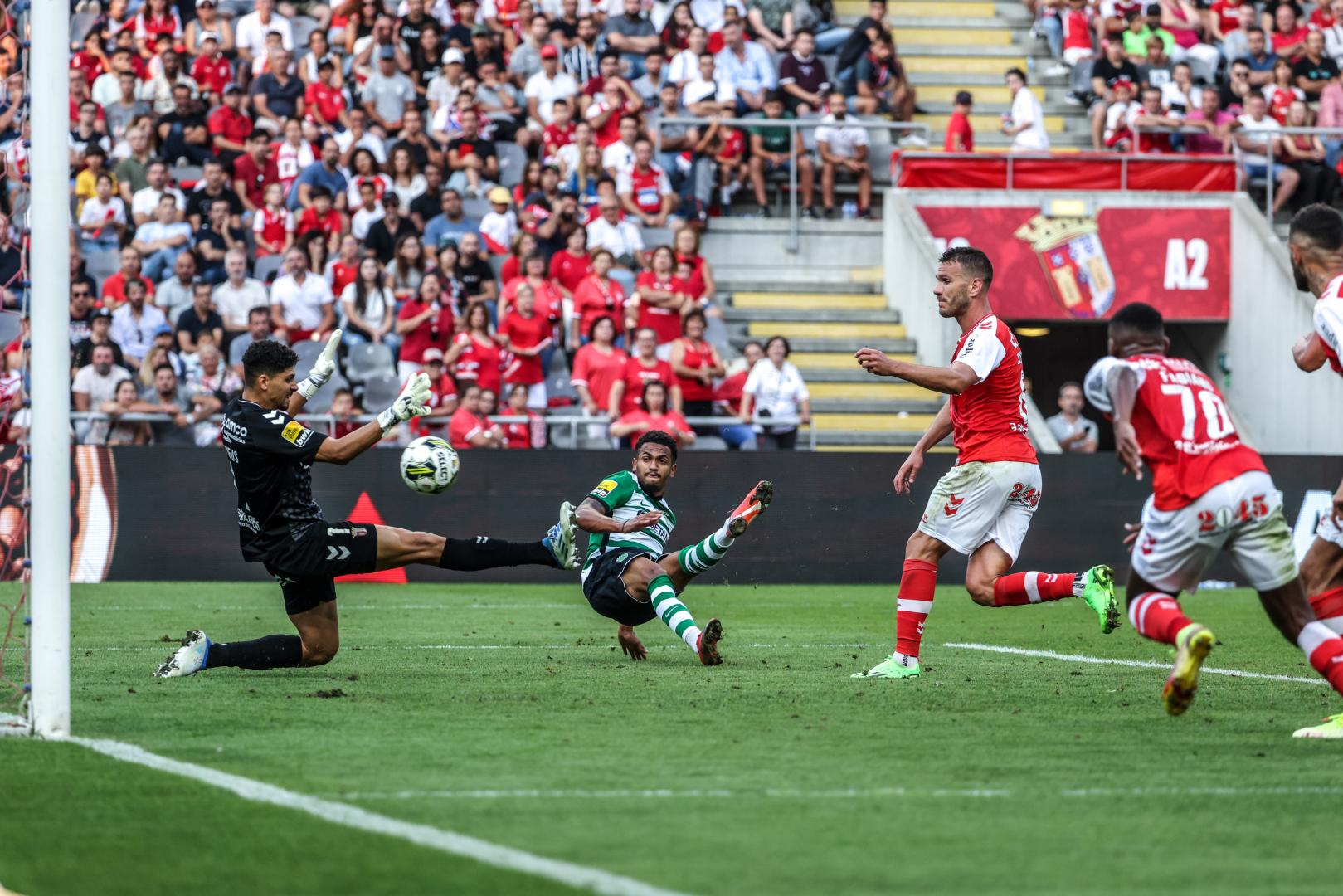 However, before the end Alvaro Djaló broke through on the left and set Abel Ruiz for the SC Braga equaliser, and the game concluded 3-3.

Next up, Sporting CP will make their first appearance at the Estádio José Alvalade against the recently promoted Rio Ave FC, on Saturday, August 13th, at 8:30pm.