Sporting Clube de Portugal beat Tottenham Hotspur FC 2-0 in their second game of the UEFA Champions League group stage. Paulinho and Arthur Gomes scored the goals, both of which came towards the end of the match.

The first opportunity fell to Sporting CP in the seventh minute, as a counterattack saw Marcus Edwards beat the Spurs defence for pace and set up Pedro Gonçalves, whose shot with his left foot was saved by Hugo Lloris. 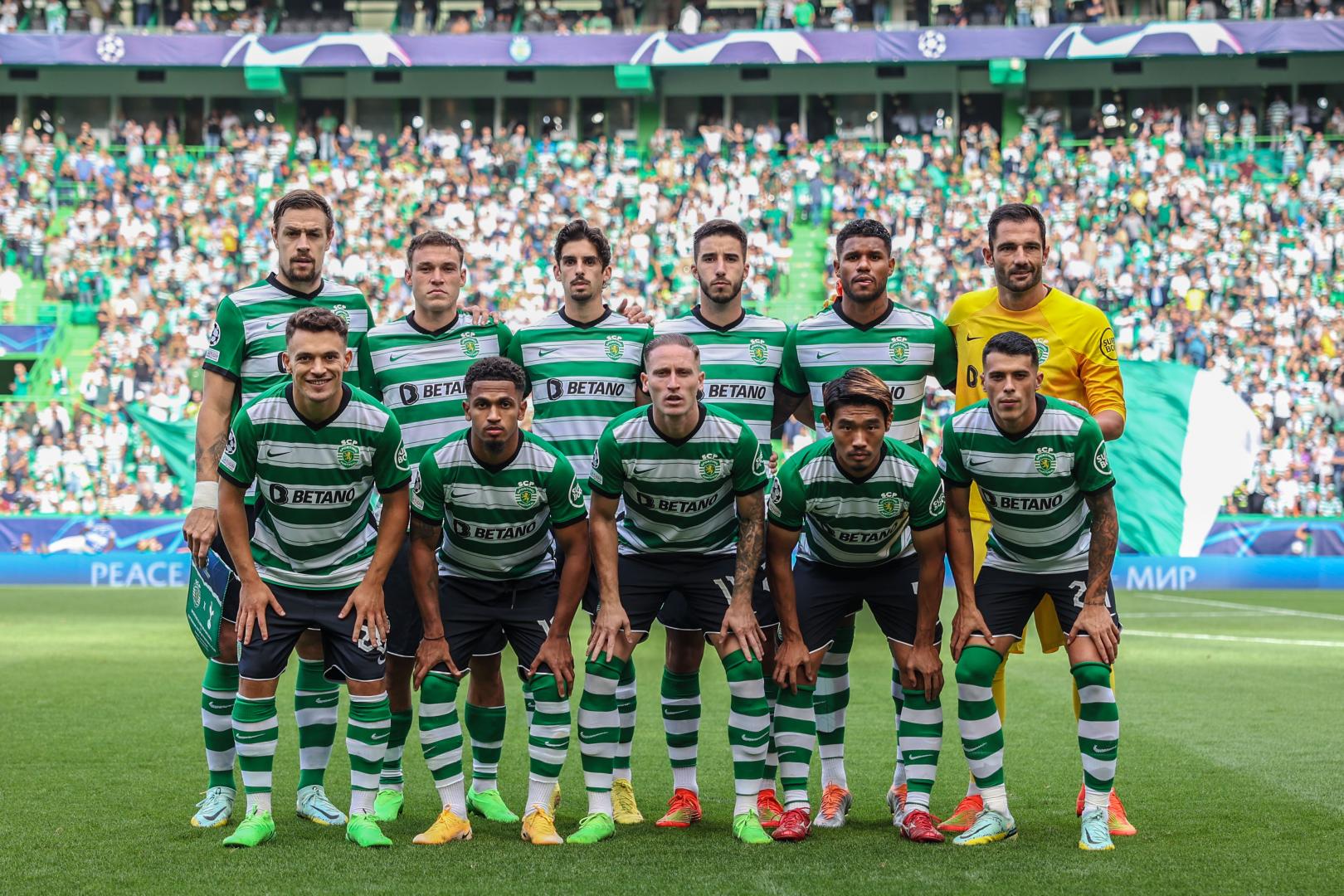 Os Leões were comfortable on the ball, withstanding Tottenham Hotspur's high press. However, the visitors came closer to scoring in the 25th minute, when Richarlison headed straight at Antonio Adán.

The Brazilian striker also had a goal ruled out for offside, but it was Sporting CP who had the best chance of the first half. Off a spectacular move, Edwards stormed through the opposition defence before exchanging passes with Francisco Trincao and shooting, but Lloris made a save to keep the score 0-0 at the interval. 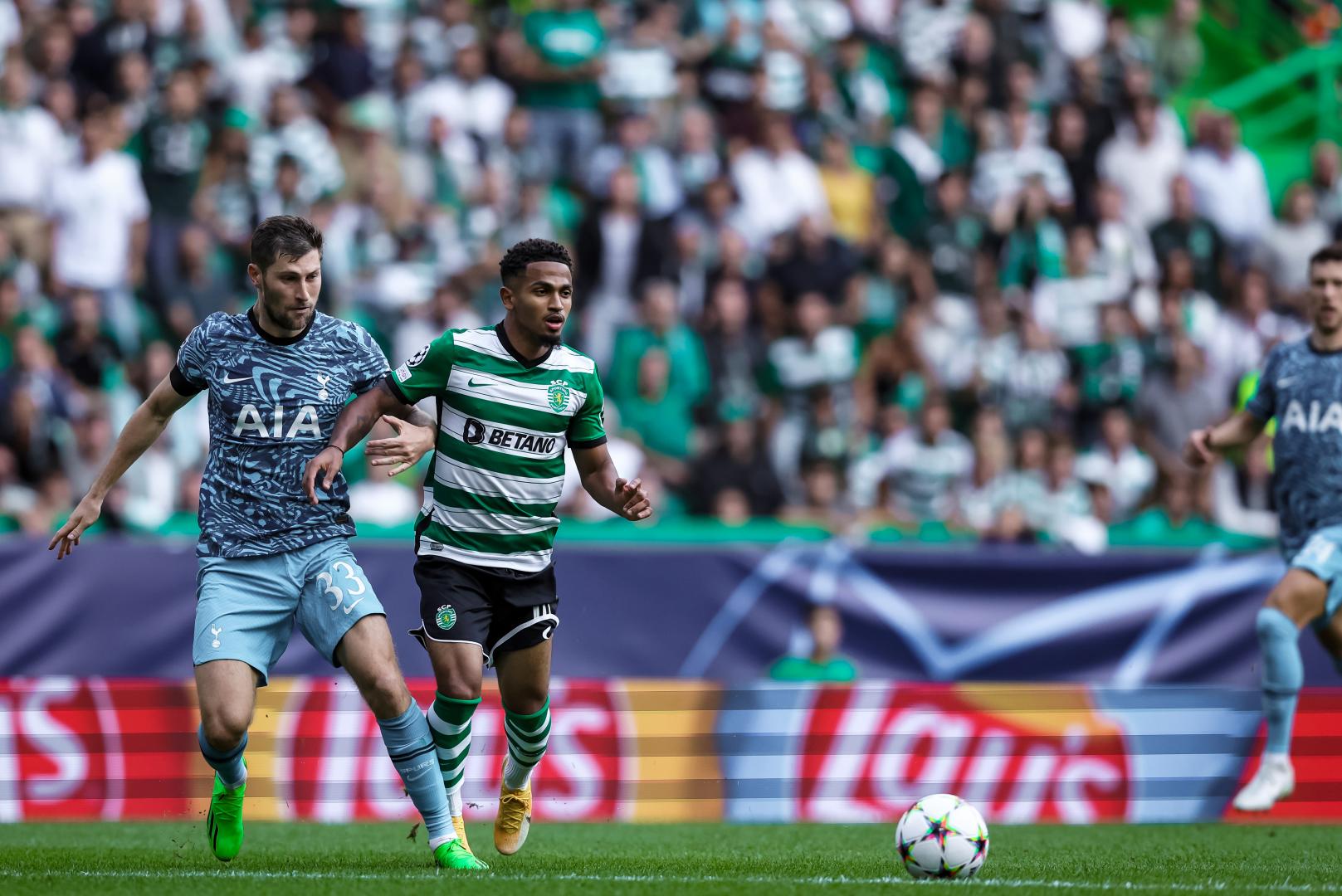 Tottenham Hotspur changed plans for the second half, pushing hard. This desire was clearly visible in attacks by Emerson and Harry Kane, who forced Adán into saves, and Richarlison -who shot wide.

In the 67th minute, Gonçalves combined again with Marcus Edwards, on the counterattack, and a spectacular shot resulted in another save by Lloris.

Amorim started to switch things up with 20 minutes left, introducing Sotiris Alexandropoulos for Hidemasa Morita and, shortly after, Paulinho for Trincao.

Just before the 90 minutes were up, Pedro Porro's arching drive pulled a huge save from Lloriz, and it seemed as if the game was going to end goalless. However, whilst the goals were late in coming, they finally arrived in stoppage time: In the corner kick that followed Porro's chance, Gonçalves put the ball into the area and Paulinho headed into the net. 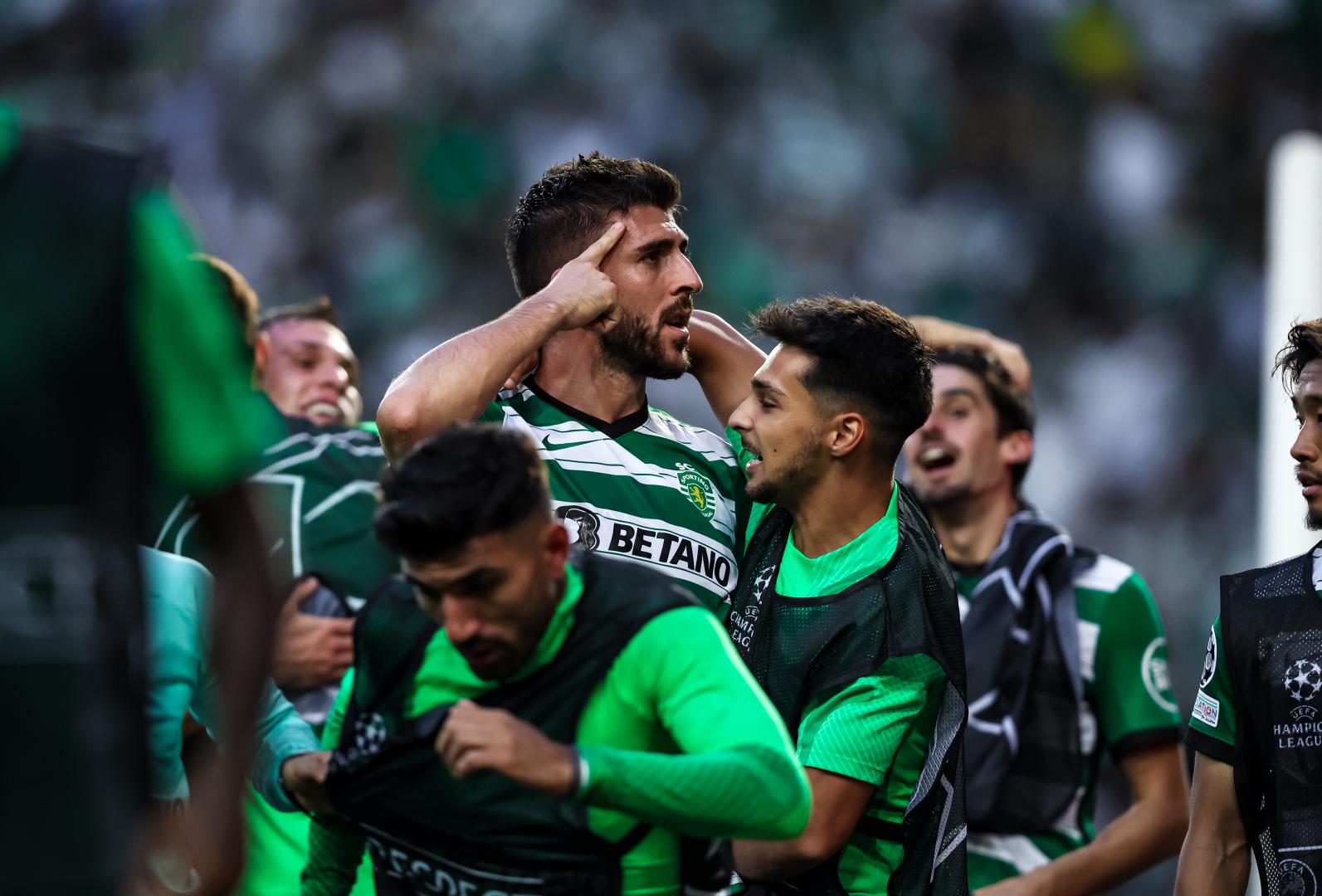 Shortly after, Nuno Santos and Marcus Edwards made way for Ricardo Esgaio and Arthur Gomes, who made his debut for Sporting CP in magnificent style: In the 93rd minute, he danced through the opposition defence and finished past Lloris. 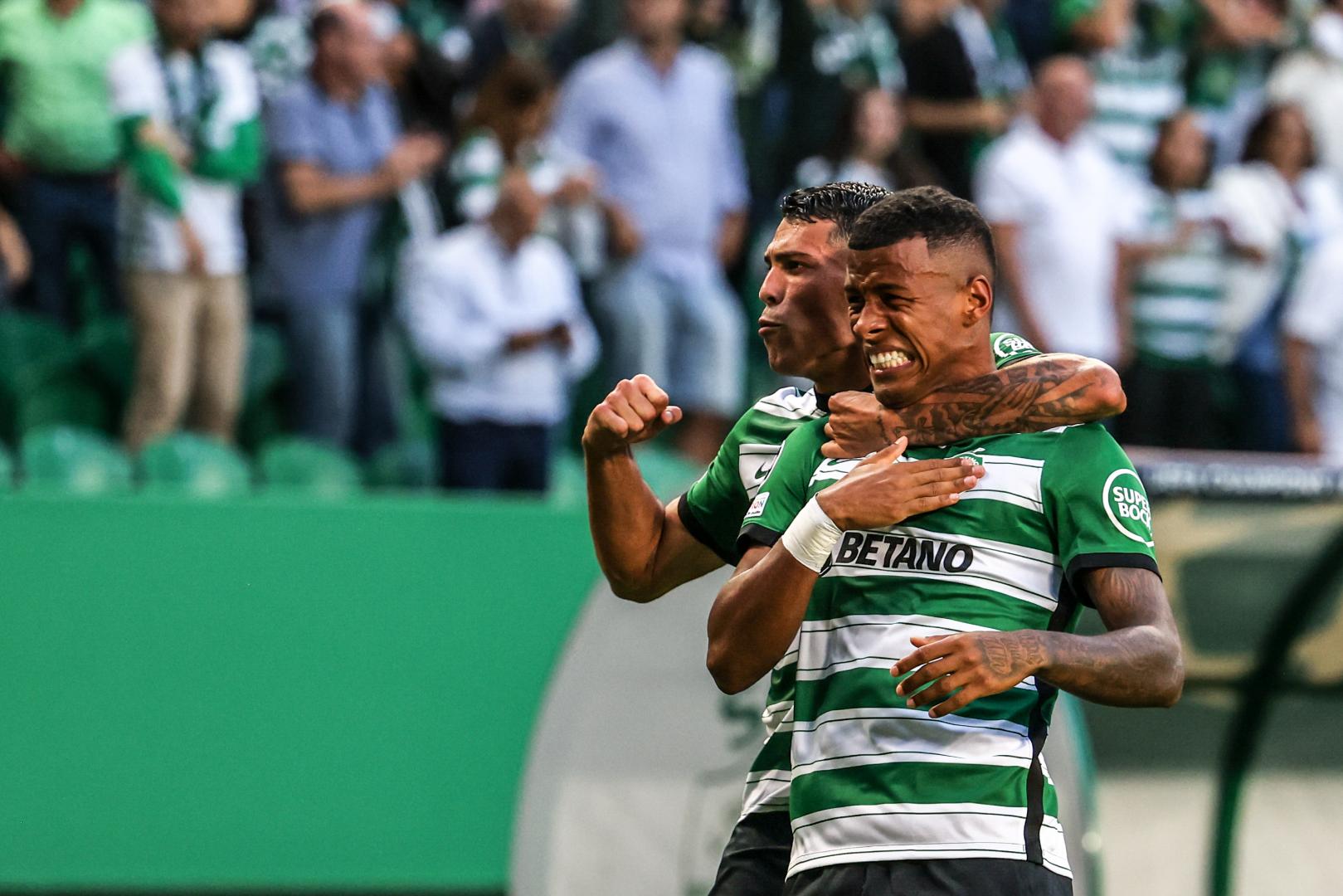 The 2-0 result leaves Sporting CP top of Group D, with six points from two games. Next up for them is a visit to Boavista in Liga Portugal on Saturday. 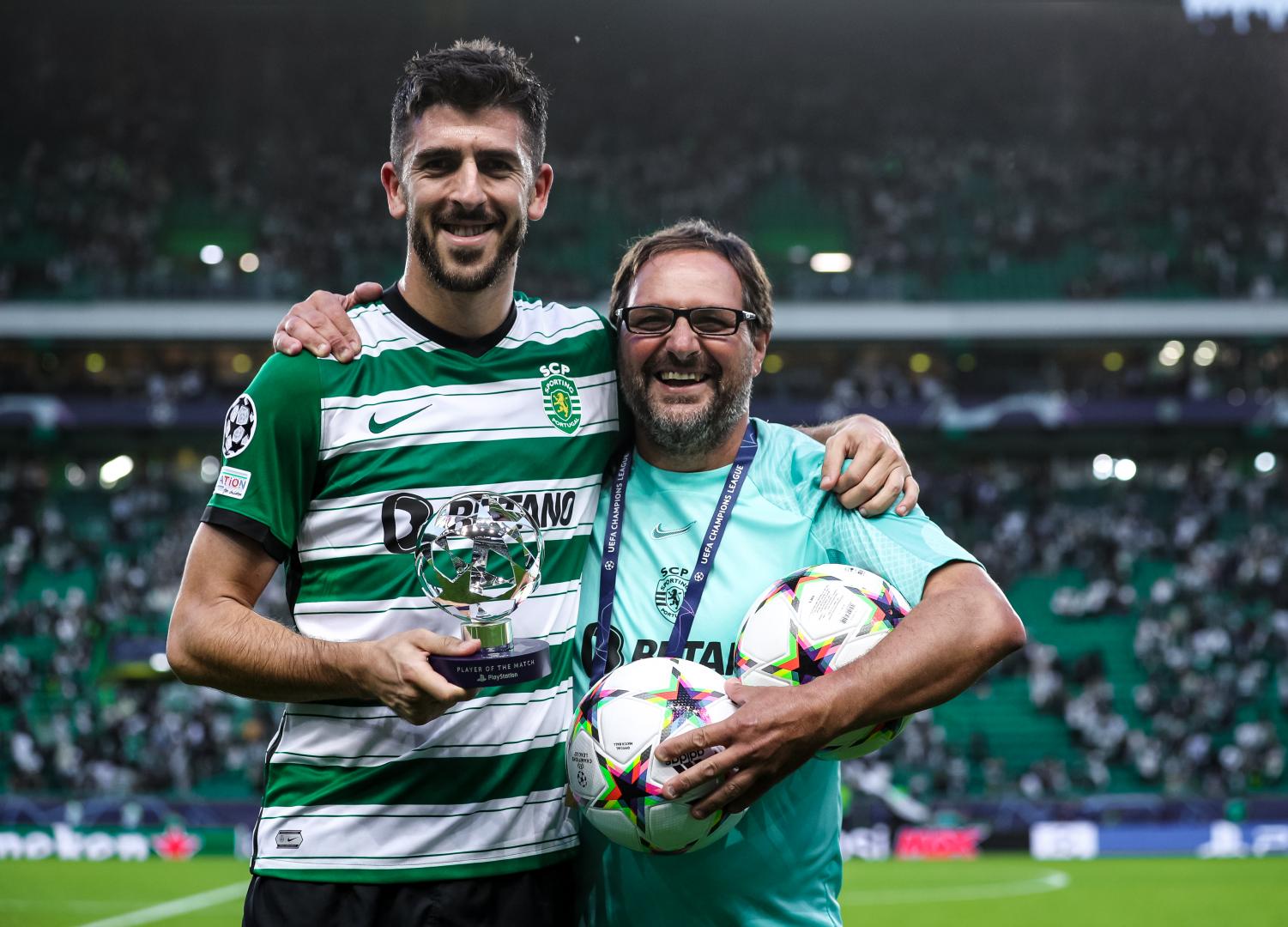