Frederico Varandas elected as the 44th President of Sporting CP

"A victory of the independence, the resistance, resilience and the ability to overcome"

At the most attended Electoral General Assembly in the history of Sporting Clube de Portugal, with 22,400 voters - out of 51,000 qualified for the electoral event, Frederico Varandas became the 44th President of the Board of Directors of Sporting CP, five Vice-Presidents, namely Francisco Salgado Zenha; Filipe Osório de Castro; Pedro Barros de Lencastre; João Sampaio; and Maria José Sancho, as well as the vowels Francisco Santos; Rahim Ahamad; Miguel Afonso; and Miguel Nogueira Leite. He will also have as Chairman of the Board of the General Meeting Rogério Alves and Joaquim Baltazar Pinto as Chairman of the Fiscal and Disciplinary Board.

In his first approach, as the new President, to the audience that was waiting for him on the stage in the Centenary Square, Frederico Varandas was magnanimous: "The first words go to the candidates for the Presidency of Sporting Clube de Portugal." Rui Rego, Dias Ferreira , Jose Maria Ricciardi, João Benedito and Fernando Tavares Pereira. All of them, I greet them, and to all the Sportinguistas that supported them, they have my respect. They believed they were the best for the Club. Sportinguistas like me and all of you 3,5 million that make up Sporting Clube de Portugal, a special word for João Benedito, the second candidate with the most votes in this electoral process. João is a great athlete and I hope he never leaves the Club. He does and will always be part of our history. I also want to highlight the vitality that led to the most attended Electoral General Assembly in the 112-year history of Sporting CP. This demonstrates the strength of a club that is not only special: it is a giant. thanks to today's demonstration, more than 22 thousand people exercised their right to vote. To my team, who has been with me for three and a half months in this marathon, which I'm working on all these days. All the Members who supported us and gave us ideas, who encouraged us, never wavered and always believed in us every day: thank you from the bottom of our hearts. This was a very important and symbolic win for Sporting CP. It is a victory of independence, resistance, resilience and the ability to overcome. That's how Sporting CP is going ahead. We will not yield, falter or abdicate the values and ideals of the Club. The motto of this candidacy is to unite Sporting Clube de Portugal. The time has come to put words into action. Now it is not about me: the mission has to be yours. To unite is not only to say, it is also to unite, being in the stadium next to who does not agree with us in the subject A, B or C, but when the ball enters, we shout all very high that is a goal of Sporting CP. It is putting the interests of the Club above our individual ones. Unity is to put Sporting CP above all others. I was an independent candidate and I will be an independent President. The only commitment I will have is with you. I and my team will fight for Sporting CP for the rest of our lives, our energies, with passion, love and a lot of competence".

Even in the final stretch of his victory speech, Frederico Varandas took his medal from the final of the last edition of the Portuguese Cup on 20 May. "I've never looked at it, but it will be this medal that sooner or later will go to the Museum together with the national champion football cup," he said. 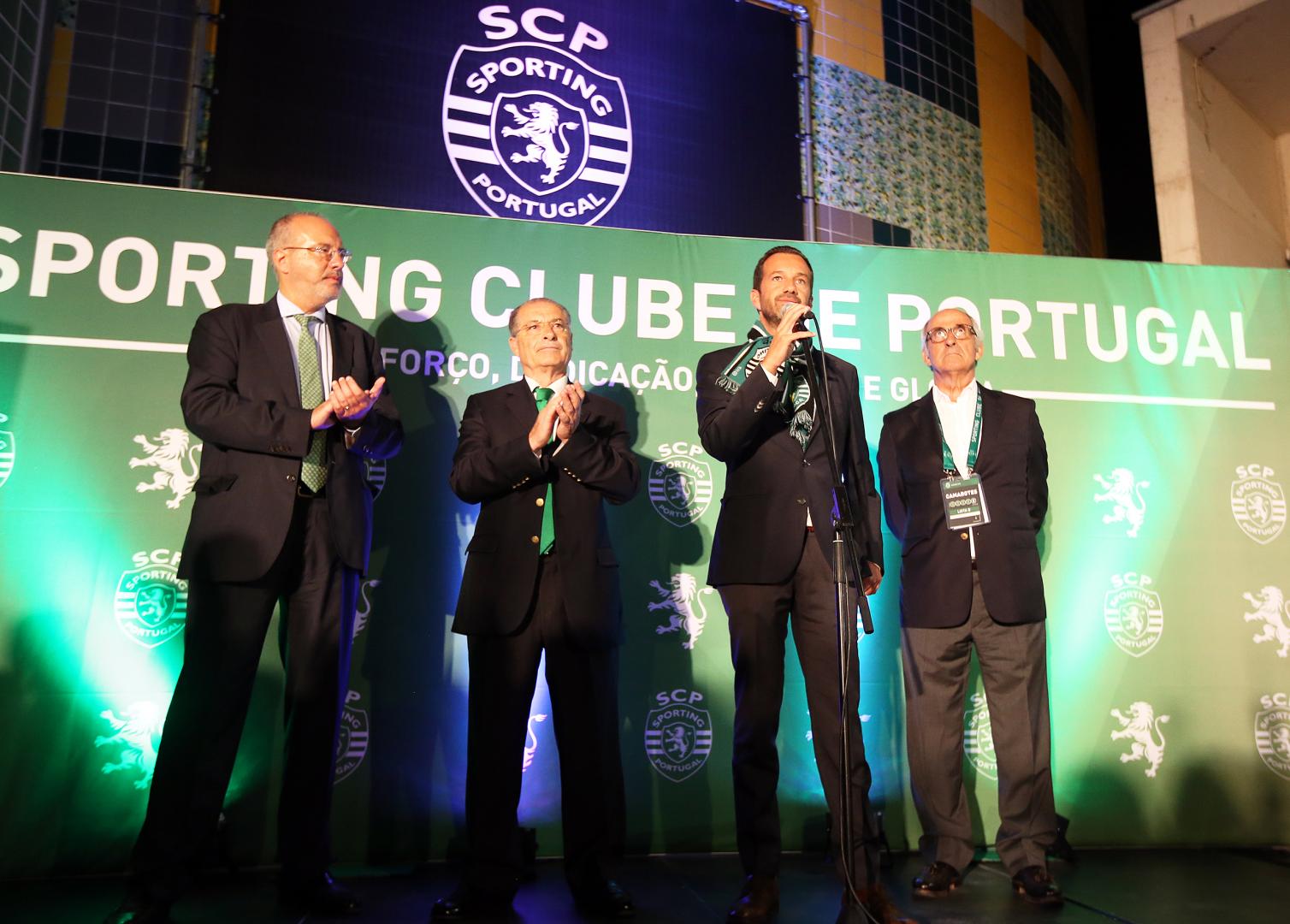