An injury, a missed penalty and five goals made for an emotional afternoon in Braga this Sunday, with Sporting CP coming away with the three points on Liga NOS matchday 31 courtesy of a hattrick from none other than Bas Dost.

Jorge Jesus' side were dealt an early below with an injury picked up by Alan Ruiz in the 25th minute, which saw the striker carried away to the dressing rooms obviously suffering with his right knee. Not to worry though, as Bas Dost was of course on hand to compensate. With another hattrick added to his personal tally, Dost has now netted on 31 occasions in 28 Liga NOS appearances, totalling 50% of all of Sporting CP 's goals scored in league matches so far this season. The three strikes also keeps up the pressure on Lionel Messi in the race for this season's Golden Boot.

Despite the Dutchman's masterclass, it was a hard afternoon's work for the team from the Portuguese capital, who battled through to secure three points in tribute to Jorge Jesus after the Alvalade boss lost his father during the week. On 13 minutes Ricardo Horta opened the scoring after capitalising on a shot from Rui Fonte that fell into his path after hitting the woodwork. Trailing, Sporting CP rallied on the attack, but possession was proving difficult to translate into chances.

With Podence thrust into the action in place of the injured Ruiz, Sporting CP's first chance to equaliser soon materialised. The number 56 was brought crashing down for a penalty and Adrien Silva stepped up for the spot kick, which he uncharacteristically put wide. Despite a good string of chances, led mostly through the restless Gelson Martins, Sp. Braga held on to their slender lead until the break. However, the second-half was a completely different story, with the starting gun fired from the penalty spot by Bas Dost as Marcelo Goiano fouled Gelson Martins in the area. 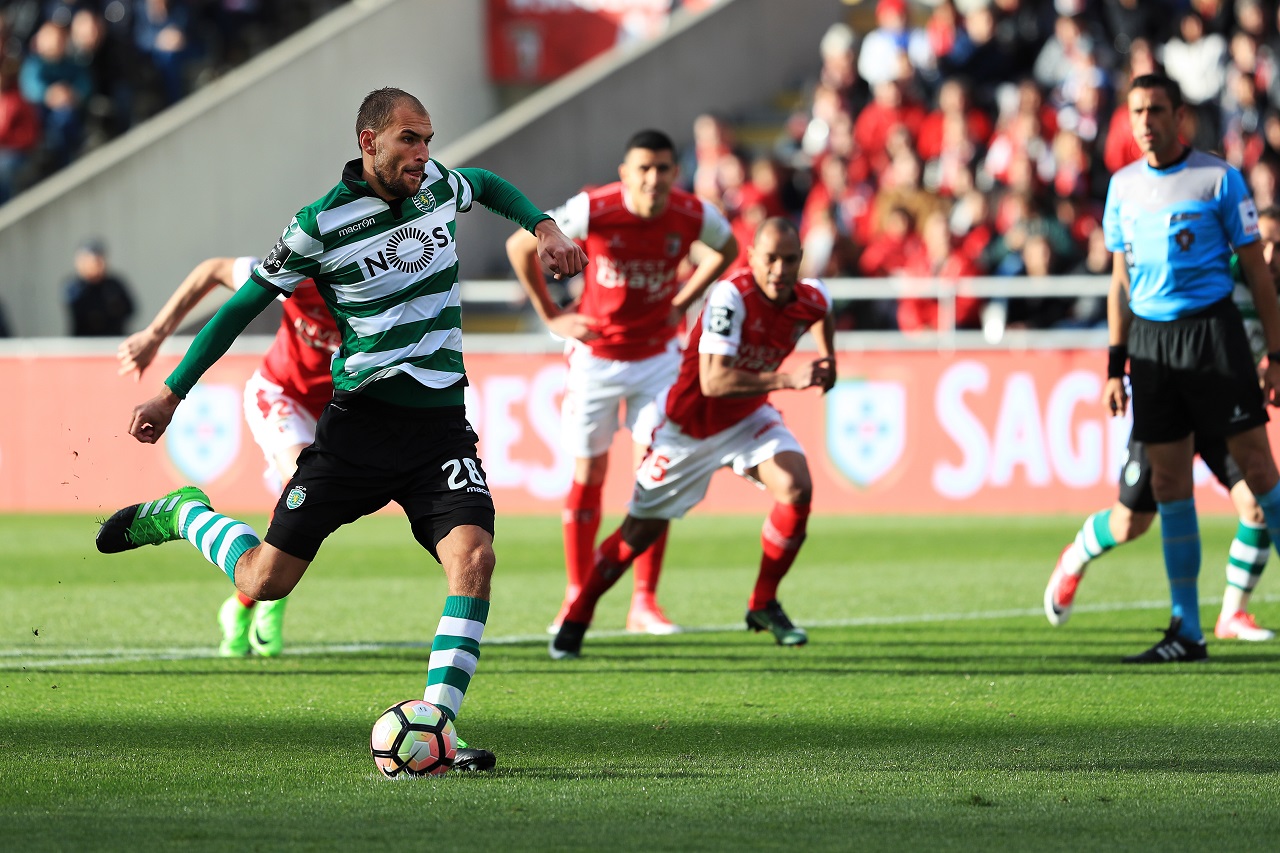 Jorge Jesus' charges needed just another 15 minutes to go 2-1 up, when Bas Dost did the business after a pass from Zeegelaar. Braga responded four minutes later when Rui Fonte made the most of a defensive mix-up, but Sporting's Dutch assassin wasn't about to be out done and Dost rounded off his hattrick with a header from a cross whipped in by Schelotto.