"It's a privilege to play with this shirt"

“I am very proud. It means that the Club recognizes my work and it's a sign that I am doing things right. I always try to give my all and do what is best for the Club”, he started by saying. Bruno goes on to say; “It is for what I do inside the pitch and outside the pitch. I have demonstrated that Sporting CP is a club which I like a lot and that I am proud to represent”.

He underlined; “For me it is a privilege to be here and to wear this shirt”.

The Captain left one promise when signing his new contract; “You can expect more and better. I promise to keep giving my all and I promise dedication in order for us to be able to celebrate, just like we did last season".

Bruno also had the chance to comment on his nomination for UEFA 2019 Team of the Year: “I am extremely proud to be within the Top 50 players for UEFA. It is very gratifying especially because everyone knows how hard it is to get there when playing in the Portuguese League which has less visibility than other leagues. No only this, I am very proud to be associated to a list which includes the best players, such as Cristiano Ronaldo and Bernardo Silva, as well as being close to them”. 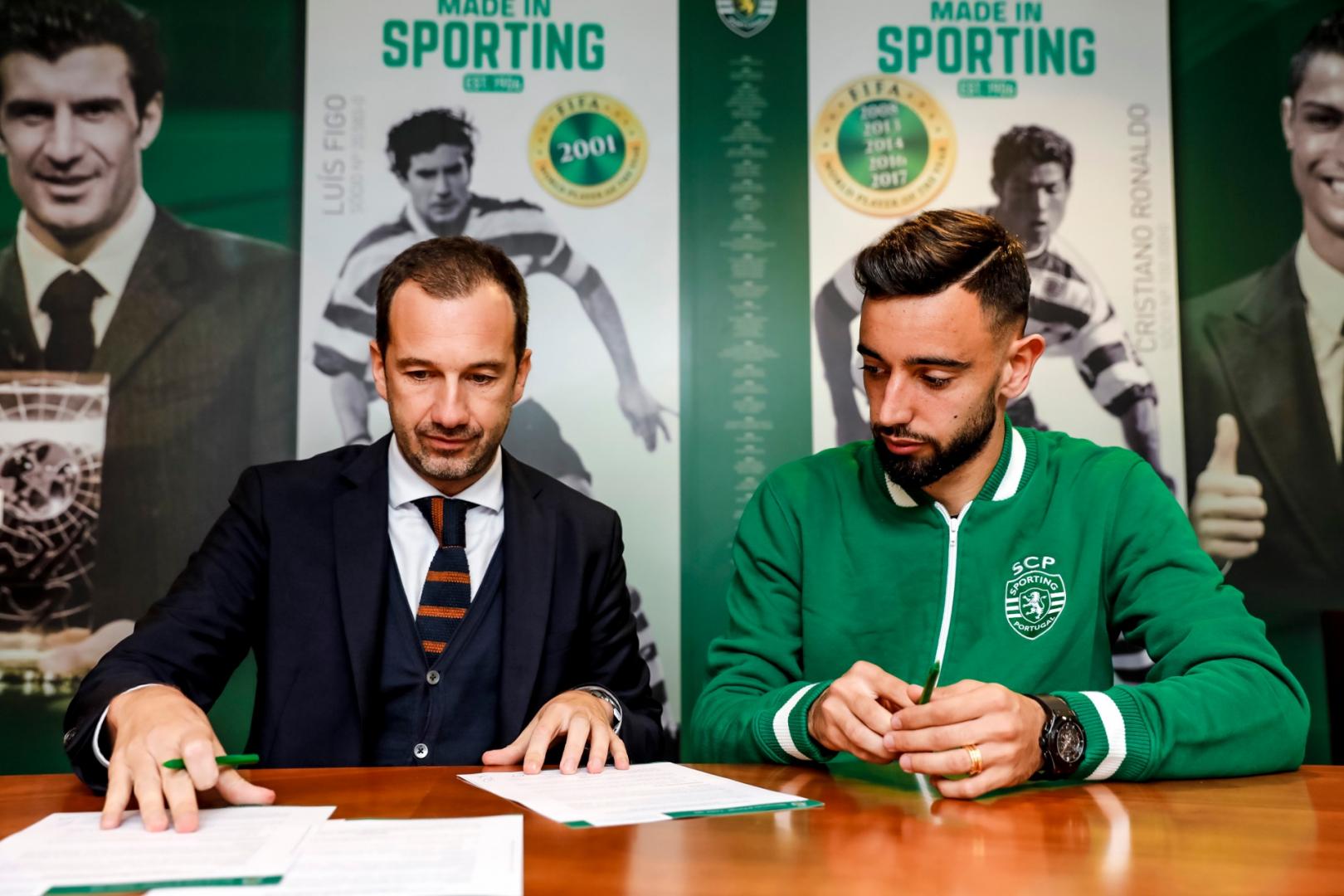 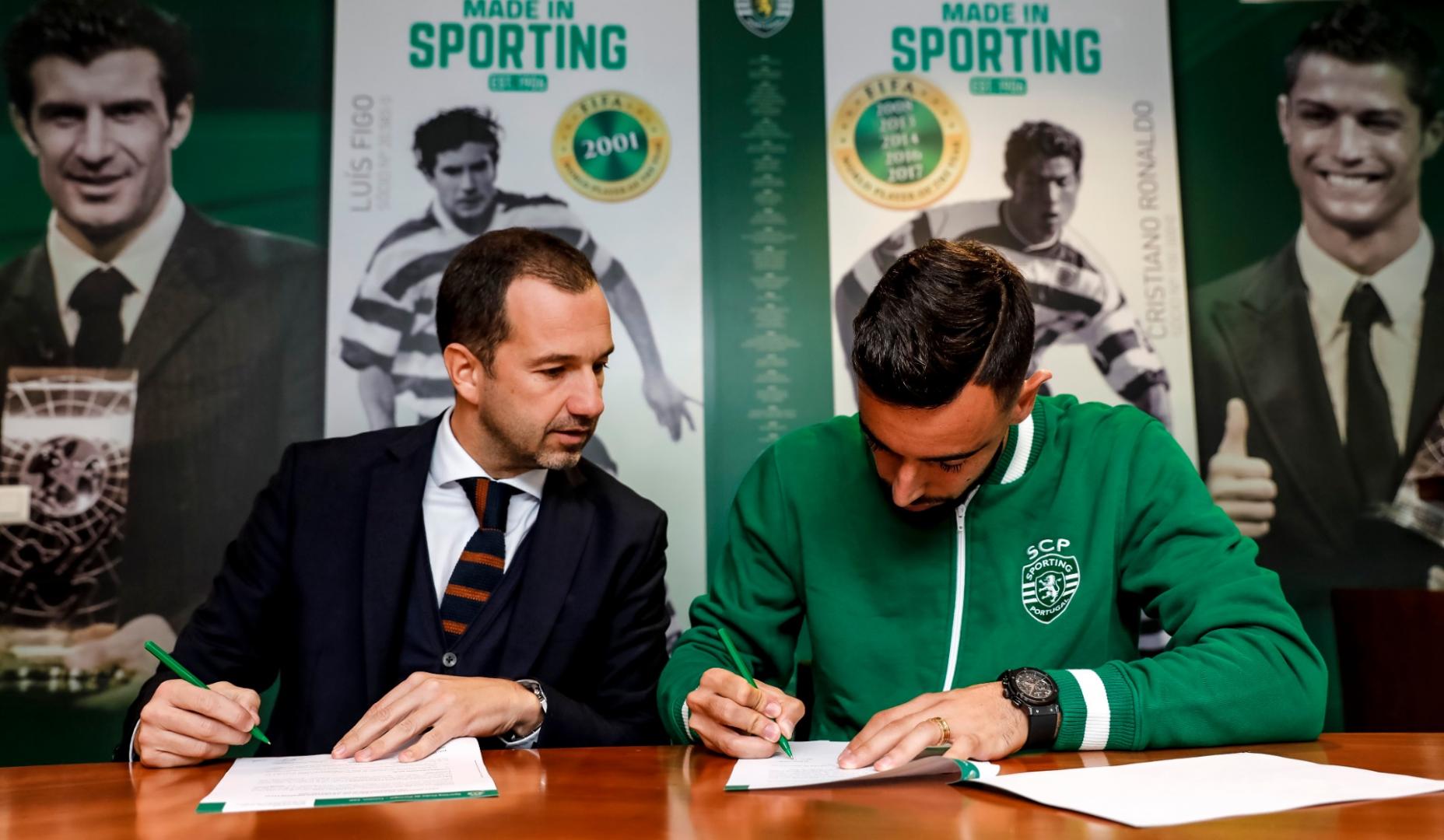 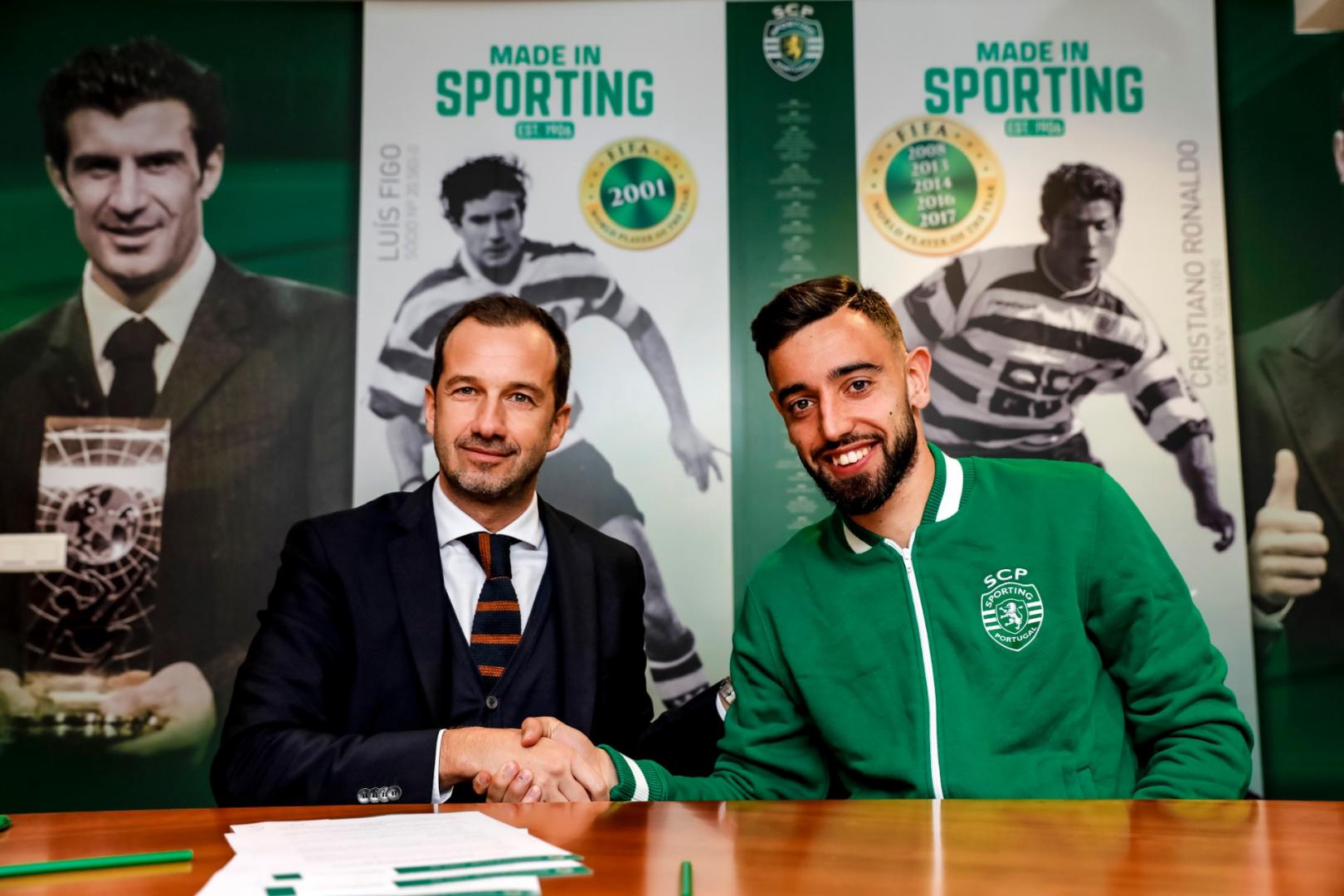