Amorim: "We play a similar system to Belenenses"

Sporting Clube de Portugal head to the Estádio Nacional in Oeiras this Sunday, to face Belenenses SAD, on Matchday 11 of the Liga NOS season. In his pre-match press conference ahead of the game, coach Rúben Amorim indicated that his side maintain the same focus as always for the contest.

"It was a normal week, with a little bit later of a start than usual due to the date. It has been such an atypical year that nothing ever changes our thinking," he told the media on Boxing Day.

"What we always want is to win our games and play well. We won our last match, against SC Farense; we didn't have the best game, but we did more than enough to win. We learned from it. That reinforced the idea that all games are difficult and that we are taking things game by game."

As for Belenenses SAD, Amorim says that the similarities between the two sides make it a tactical encounter.

"They are a team who concede few goals. They don't score as many as we do, but they will be prepared for a Sporting CP team that is strong. We play similar systems and know their formation well."

Regarding the continued objectives for 2020/2021, Amorim underlined the idea he has had since the beginning of the season.

"What Sporting CP fans expect is that the team behave in the same way as they have been, which is giving their all. What I can promise is that we will do our best in every game and that the goal is to win them all. The game against SC Farense was proof that we have to think game by game. The players have little experience and all of our games are difficult. We want to beat Belenenses SAD and, if we do, we will remain in first place," added the coach.

"As for our tactics: The formation  always looks the same, but our way of playing changes. We change players here and there, and the way of playing changes completely as a result. Plata is playing in the same position as Pedro Porro and playing with one or the other is completely different for the opposition. The base has worked, but there are teams who defend very well and with many players. We won our last game due to belief and attitude." 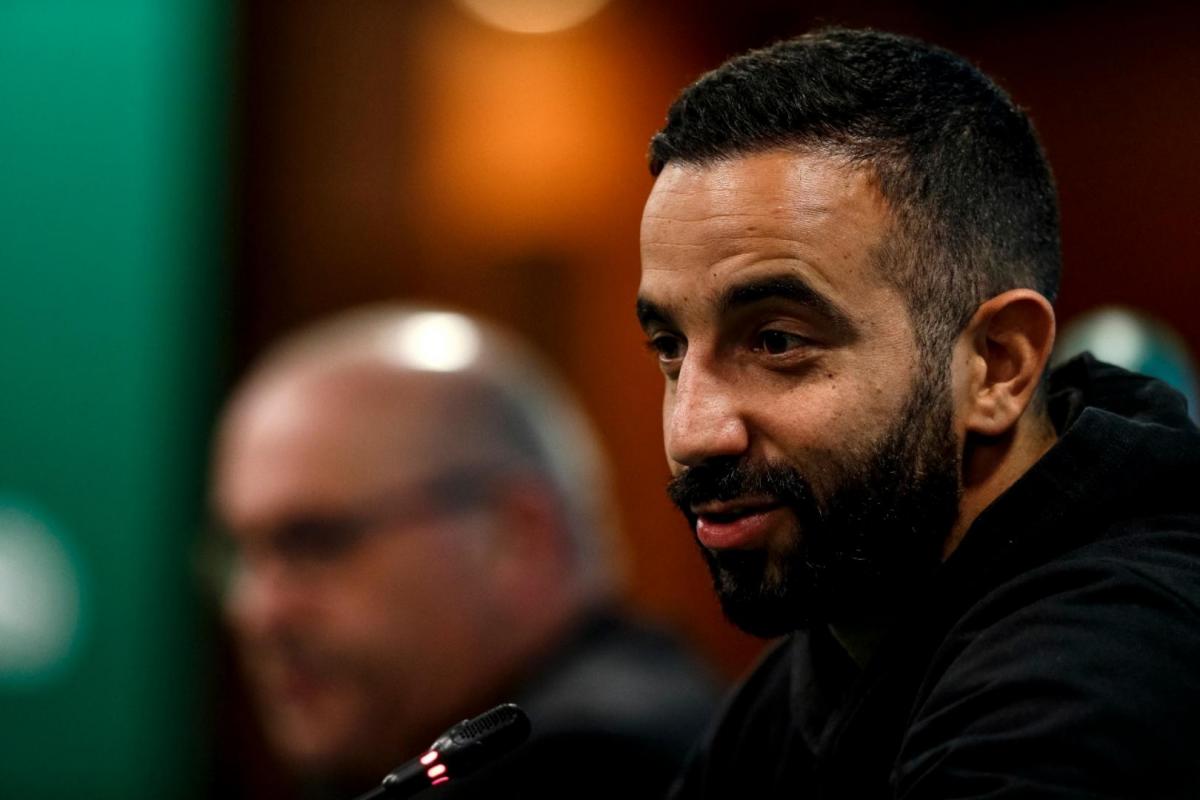 There have been concerns about the potential risk of contagion with COVID-19 over Christmas in Portugal, but Amorim guaranteed that all necessary preventive work was carried out by the club.

"We have been very careful with the players. We alerted the players of the danger and the club did an excellent job. We prepared everything very well, but of course there are things that we cannot control. We had an outbreak here a few months ago. I was the only one on the coaching staff that caught it. The players know the rules and I think that, like all Portuguese people, they took extra care. I hope it is not necessary, but the club are prepared to contain any situation."

Belenenses SAD vs. Sporting CP is scheduled for 8pm local time on Sunday, December 27th, at the Estádio Nacional. Zouhair Feddal will be out of the match due to a knock, as will Jovane Cabral and Luiz Phellype as they recover from injury.