Sporting CP claw a victory away to GD Estoril Praia

Sporting Clube de Portugal beat GD Estoril Praia 0-1, at the Estádio António Coimbra da Mota on Sunday night, on Matchday 6 of the Liga Portugal season. Pedro Porro's second half penalty returned the team to winning ways following a defeat in the Champions League in midweek and a draw with FC Porto.

Still without the injured Gonçalo Inácio and Pedro Gonçalves, coach Rúben Amorim placed Matheus Reis in the central triangle, alongside Luís Neto and the returning Sebastián Coates. Summer signing Pablo Sarabia got his first start for the club up front.

Newly promoted to the top flight, the home team have been the sensations of the new season and had yet to lose in Liga Portugal this term, and the match was as hotly contested as expected.

The first danger was provided by Estoril, who forced Adán to make two excellent saves in the same move, but from the 25th minute onwards Sporting CP had more of the ball and their opponents waited for opportunities to counter.

After almost half an hour, Porro received the ball on the right and sent in a cross for Paulinho, who struck on the turn and forced a great save from Dani Figueira. Soon after, another chance was cut out by Joãozinho.

The match went into halftime 0-0, and after the restart there was a close call from Paulinho as the threat from Sporting CP increased. 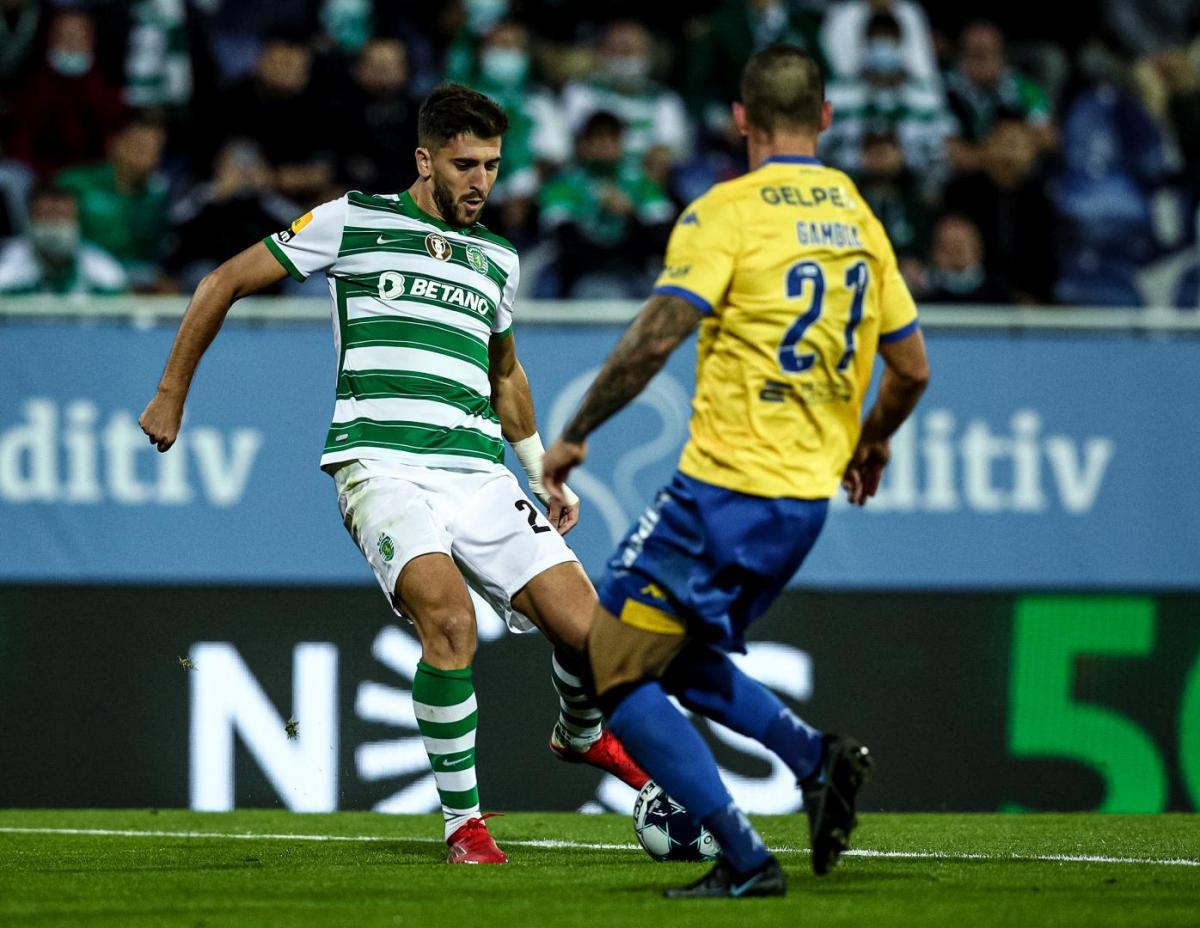 The pressure paid off, as on 65 minutes Figueira brought down Paulinho inside the box and the referee did not hesitate in pointing to the penalty spot. Stepping up to take was Porro, and he finally broke the deadlock with a well placed strike.

Whilst Estoril had not created chances in the second half, they were forced to advance in search of an equaliser and moved closer to Adán's goal, with the keeper making his first save of the half in the 80th minute. 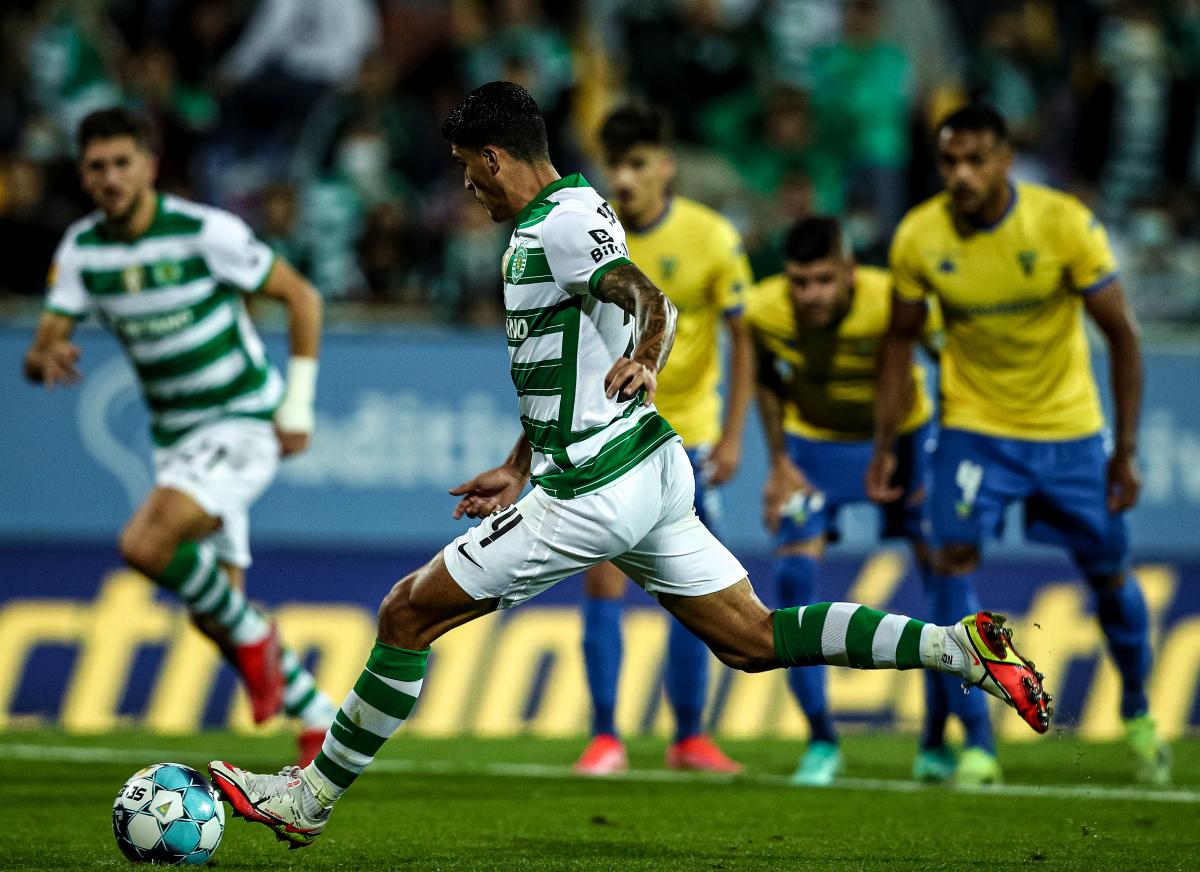 A long distance shot by Palhinha was saved by the opposition goalkeeper in response, but there was no change on the scoresheet. Os Leões took a deserved 0-1 triumph on the road.

Sporting CP will play again next Friday against CS Marítimo. 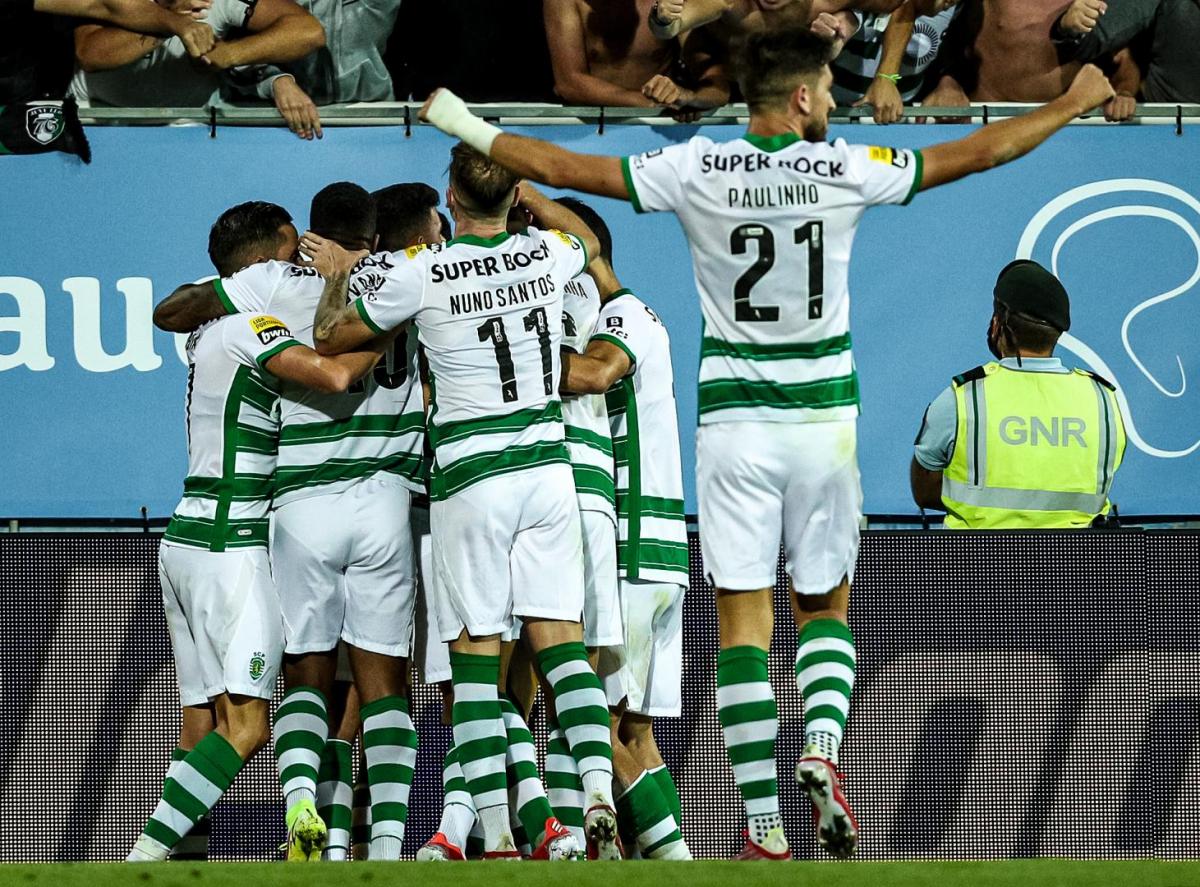