Third win in a row for Sporting CP

Sporting Clube de Portugal won 1-2 against FC Arouca on Matchday 8 of the Liga Portugal season, as Matheus Nunes and Nuno Santos found the net and sent the team into the international break off the back of three consecutive wins.

There was also full attendance permitted, in accordance with the announcement by the Portuguese government on Friday. A heavy contingent of Sportinguistas were present in the district of Aveiro, braving the wet conditions to cheer on their team.

With the opening whistle, the intentions of Sporting CP became clear. The 3-4-3 formation had Esgaio on the right of the three centre backs, Nuno Santos on the left wing and Bragança alongside Palhinha in midfield, with Matheus Nunes moving further upfield. The attacking strategy was evident, and Os Leões threatened twice in the first ten minutes: Efforts from Sarabia (1') and Paulinho (9') would be saved by Fernando Castro, the opposition goalkeeper.

The goal was not long in coming, however. Before the quarter hour was out, Nuno Santos crossed to the back post, Sarabia cushioned the ball down and Matheus Nunes scored for the first time in 2021/2022. The assistant referee initially signalled for offside, but after a lengthy review by VAR, the goal was validated. 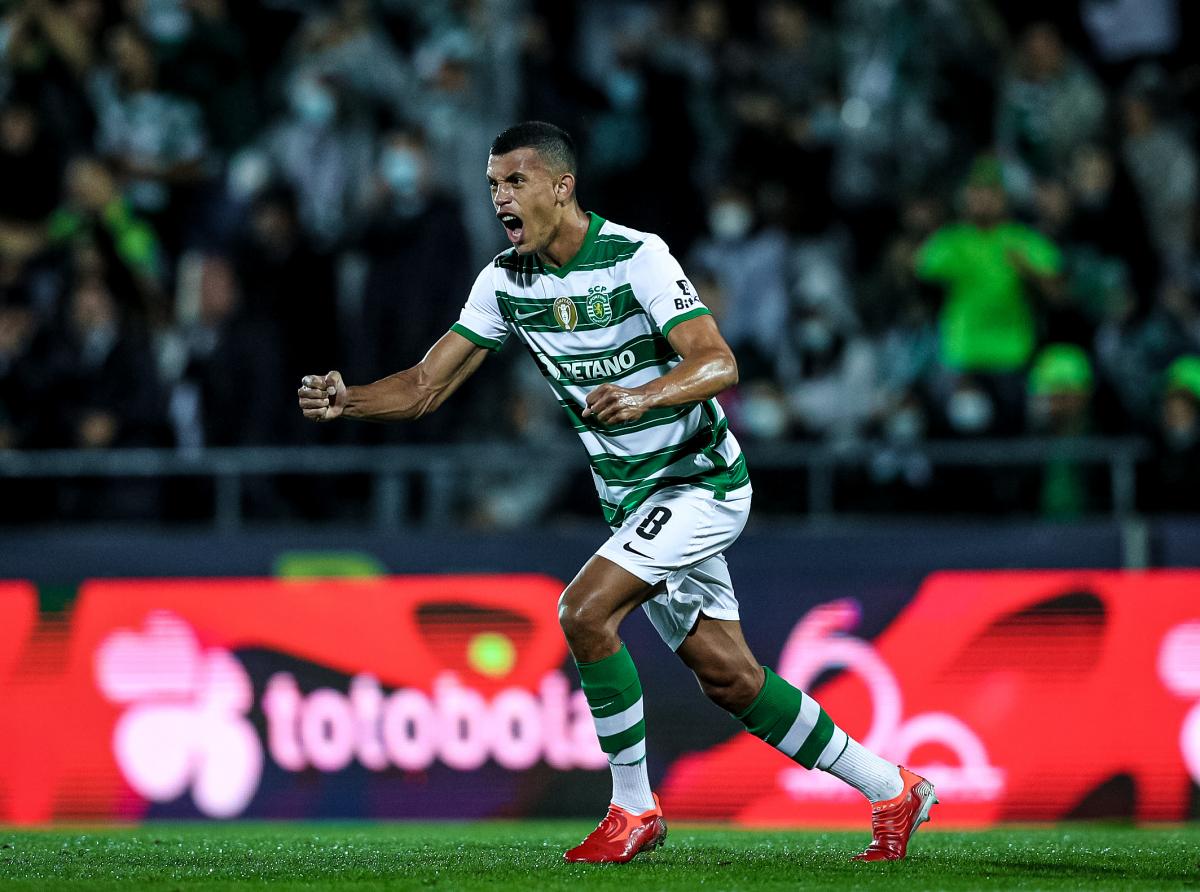 Sporting CP got back in charge and captain Sebastián Coates - playing his 250th game for the club - was just a few centimeters away from converting a ball from Paulinho.

In response, Adán repelled a dangerous deflection from Abdoulaye Ba off a set piece, followed by Sarabia having two chances saved by the opposition goalkeeper before the break.

The action continued in the second half and then with two early goals - one for each side. Oday Dabbagh equalised for FC Arouca off a quick transition, but the reaction was as rapid as it was effective: Just three minutes later, Nuno Santos entered the area and struck powerfully to score. 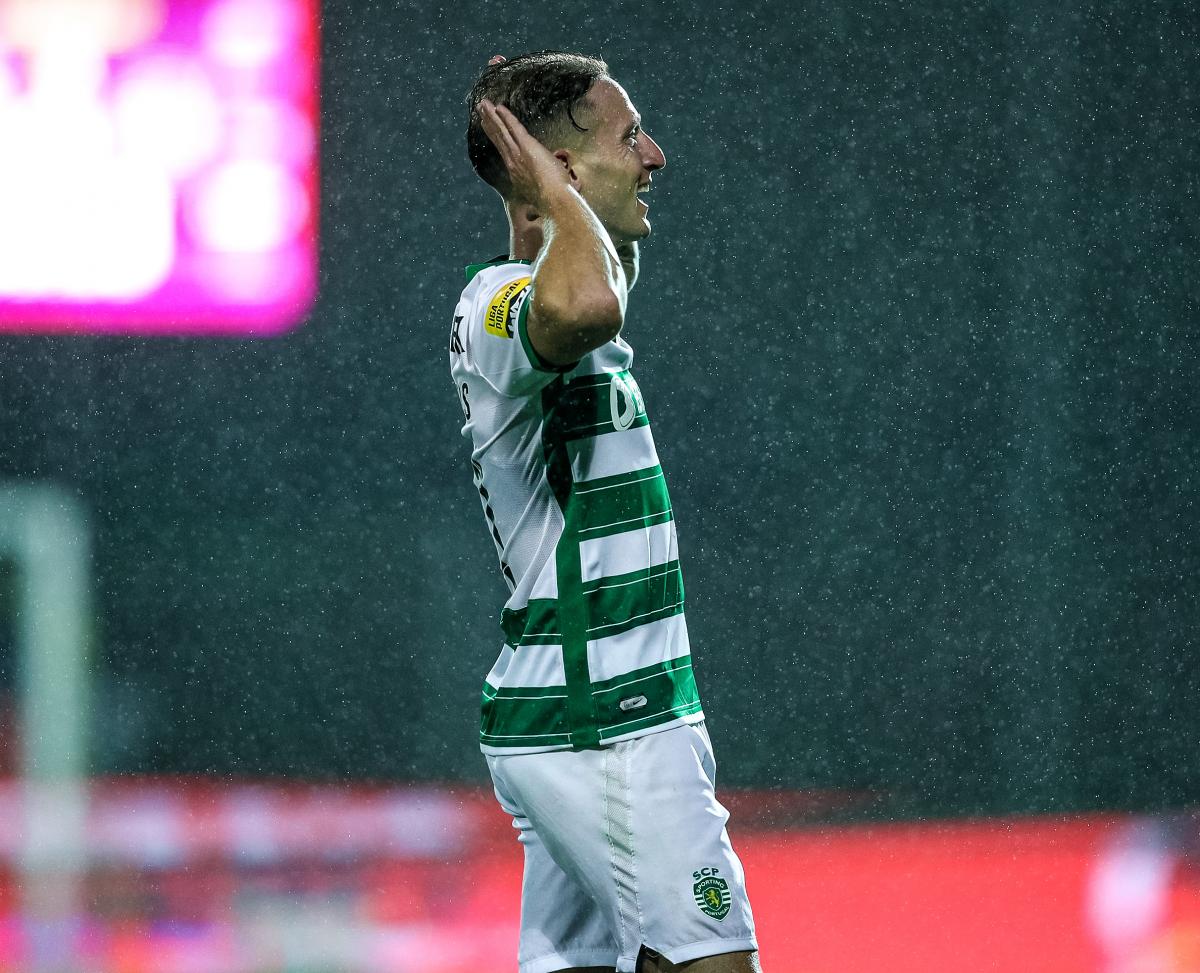 Amorim opted to change things up in his front line, putting Tiago Tomás and Bruno Tabata on in place of Paulinho and Sarabia. At the start of the last ten minutes there was a lot of fighting for possession, and once more the coach adjusted with the introduction of Jovane Cabral and Manuel Ugarte for Matheus Nunes and Bragança.

There would be no change in the scoreline, and a late push from FC Arouca was capably held off. The 1-2 result means that Sporting CP move up to 20 points in the Liga Portugal table. 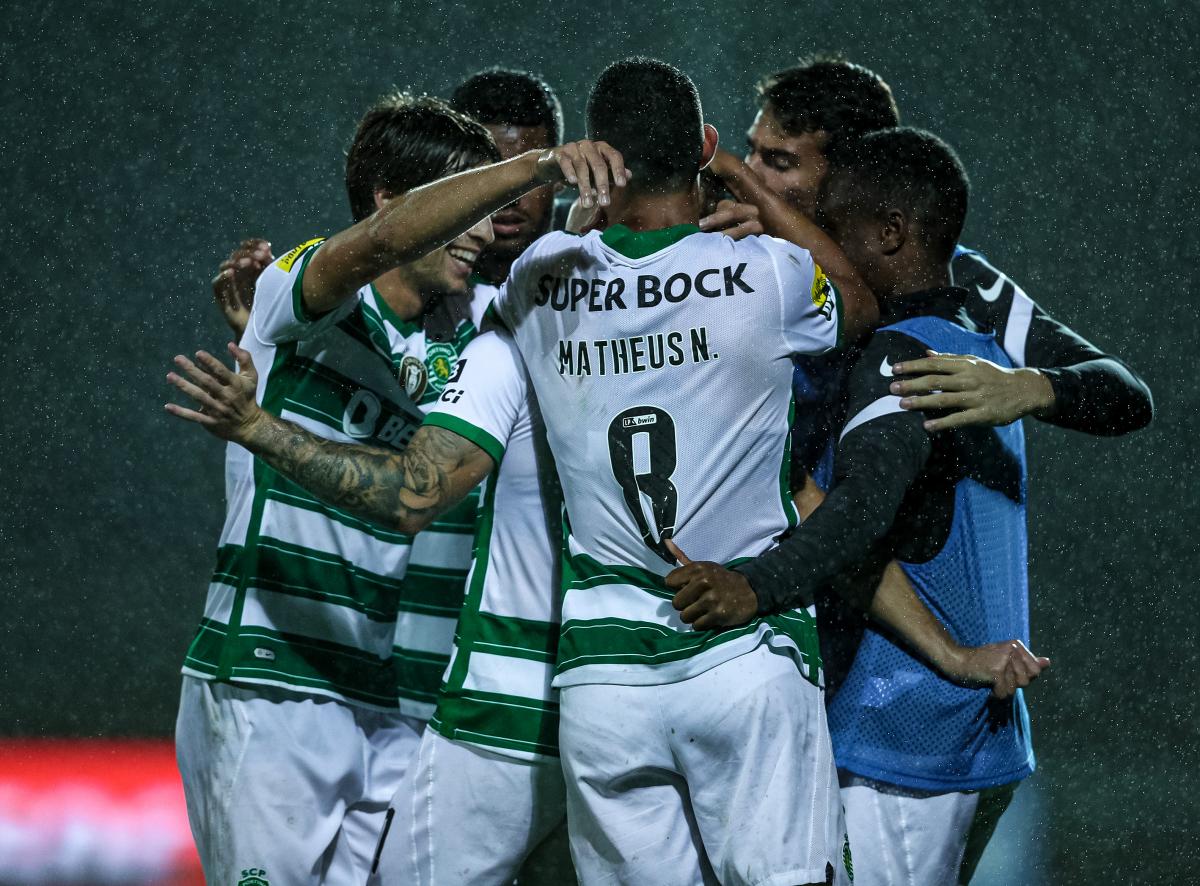