The team lose 1-0 to FC Porto, missing out on a trip to the final

After their 1-2 set back at Alvalade in the first leg, Sporting Clube de Portugal went to the Estádio do Dragão for the decisive second leg of the Taça de Portugal semi-finals, eventually falling 1-0 to FC Porto and going out of the competition.

Coach Rúben Amorim made two changes to the starting XI from the derby against SL Benfica: João Palhinha and Nuno Santos were rotated out, with Manuel Ugarte and Matheus Reis (back from suspension) replacing them.

Despite the punishments related to the last Clássico played at the Dragão being decided just 48 hours before this game, all the players sanctioned were able to be part of the game: Bruno Tabata and Matheus Reis thanks to the appeal to the Disciplinary Board, and Pepe for the opposing side in a decision made two hours before kickoff.

With a sold out crowd in the stands and rain falling on pitch, Sporting CP took the initiative in the first half (43%-57% in possession) and had the first opportunity within the opening five minutes. Off a corner, the ball flew out of the area, where Ugarte shot wide of Marchesín's goal. A well organised FC Porto responded with several moves upfield, but without creating real danger for goalkeeper Antonio Adán. 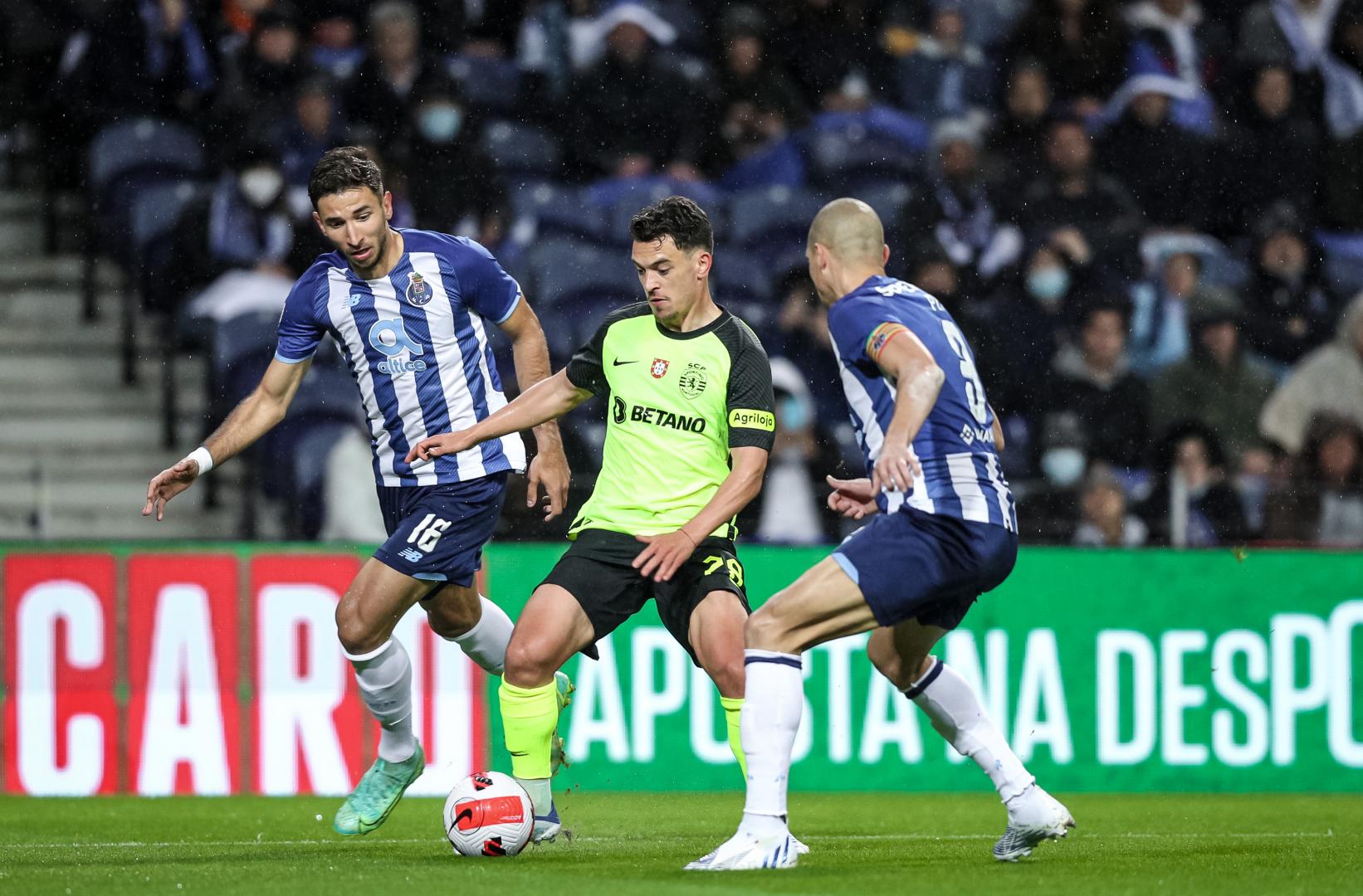 Sporting CP would continue to attack, and Pablo Sarabia produced a delightful chip -albeit in an illegal position. Shortly after, from a recovery Pedro Porro shot wide and then Marchesín stifled another attempt by Sarabia. The number of fouls increased, as well as the number of protests, breaking up the flow of the game.

In the final minutes of the first half, FC Porto improved and Zaidu had the best opportunity for the hosts, shooting wide off a quick offensive transition. Sporting CP would have to go looking to score the two goals needed to make it through. 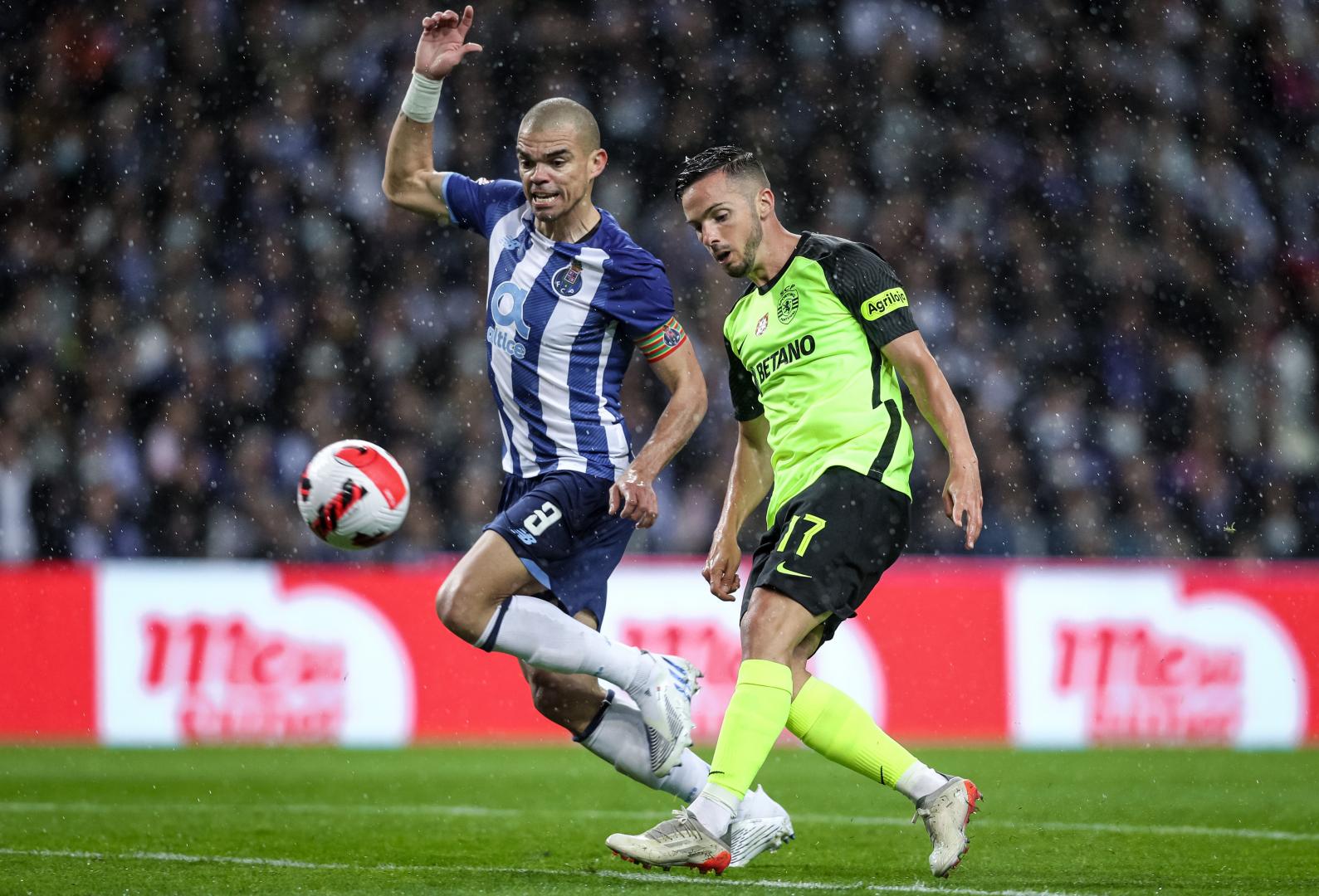 Matheus Nunes, in the 50th minute, came very close to cutting the deficit, but could not beat the keeper when through on goal.

Ricardo Esgaio came on in place of Luís Neto for Sporting CP, but the midfield continued to struggle with several turnovers. FC Porto's Fábio Vieira shot from distance, forcing Adán's first save of the second half, and it was followed by two more shots by Vitinha: One over and the other into the hands of the Spanish goalkeeper. 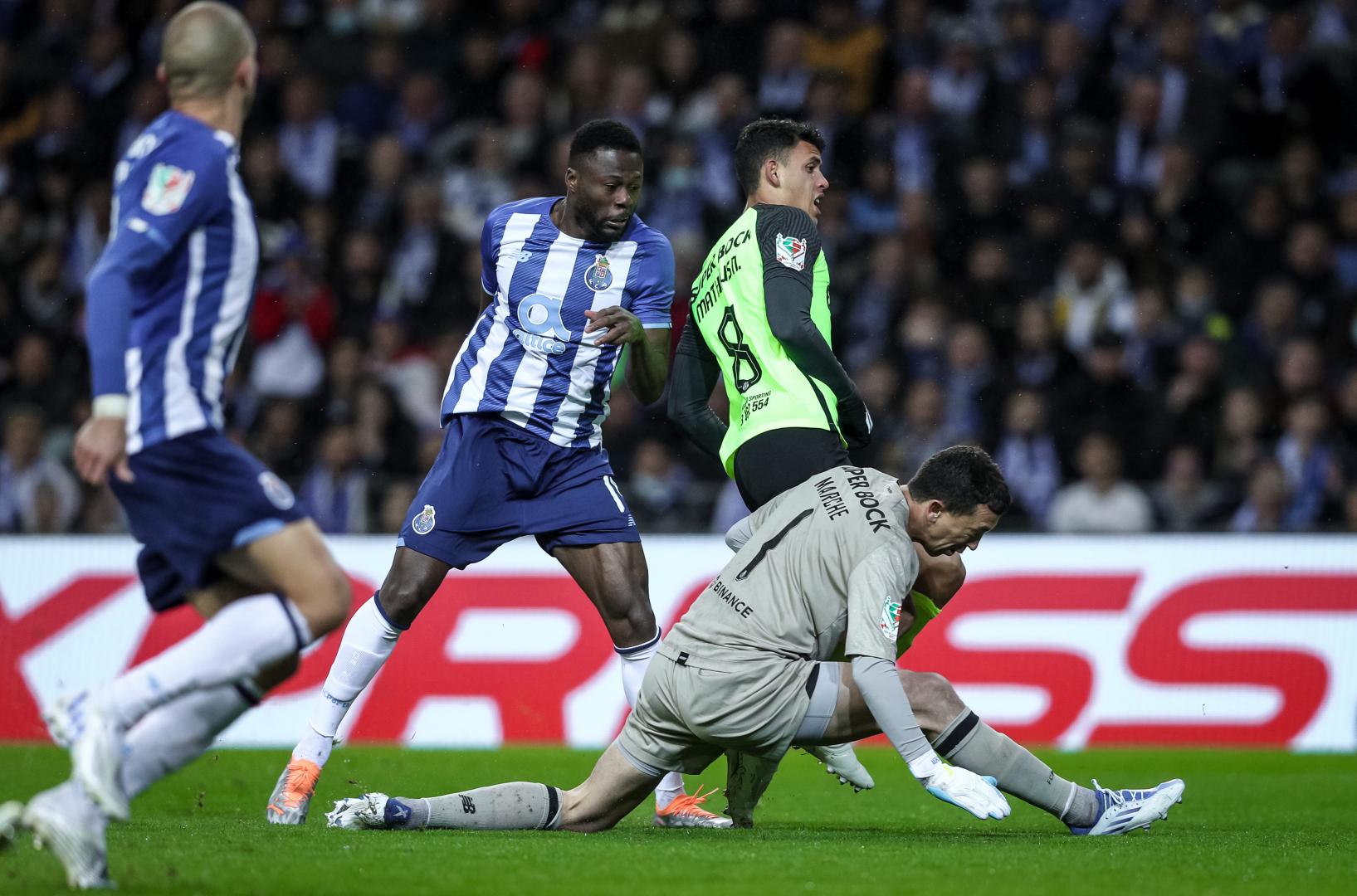 The stalemate remained until the 83rd minute, when second half substitute Toni Martínez hunted a ball inside the area. The goal was only given after a VAR check, but put FC Porto further ahead on aggregate.

Amorim moved Sebastián Coates to centre forward for a last push, but it was in vain for Sporting CP. The team completed the game with ten men after Porro was shown a straight red card, and were eliminated from the Taça de Portugal. 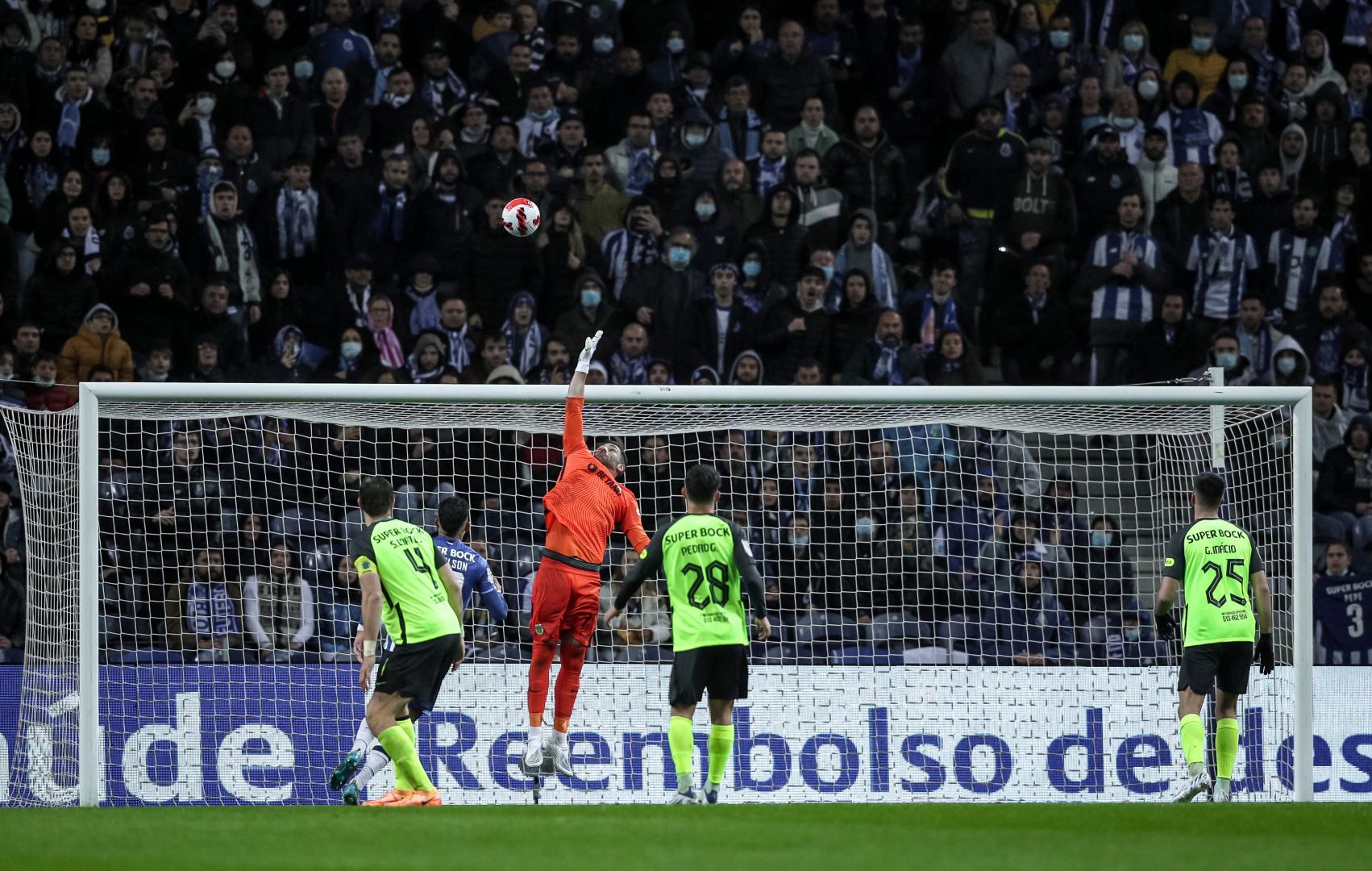