For the second time in a row & the 37th European Cup for Sporting CP.

Sporting CP won this Saturday and for the second year in a row, the European Juda Champions League. The Lions beat the Russians from Yawara-Newa in the final with the result of 3-2.

Everything started with a top level win in the quarter-finals against one of the favourites: Golden Gori, from Georgia. Kherlen Ganbold won the battle against Vazha Margvelashvili with an ippon in the -66kg category. João Fernando (-73kg) lost by the minimum points against Lasha Shavdatuashvili.

After this came another big win by João Martinho over Luka Maisuradze in the -81kg category. The opponent started ahead but João Martinho managed an ippon which caught everyone's attention at the pavilion. Victory came with the next battle when Nikoloz Sherazadishvili (-90kg) beat Beka Gviniashvili with an ippon. Although the victory was already awarded, the last fight had to happen. Jorge Fonseca (+90kg) lost against Gela Zaalishvili. The green and white team won with an end result of 3-2.

Lastly, the big final had arrived. A reedition of the 2018 final against the same opponents: Yawara-Newa (Rússia). Kherlen Ganbold started the best way possible having won against Zelimkhan Ozdoev with an ippon on the golden point. João Fernando lost his battle against Denis Iartcev.

João Martinho followed with another win in a very close fight against Denis Kalinin. The Green and White athlete won with a waza-ari on the golden point and lit the crowd in the pavilion on fire.

Nikoloz Sherazadishvili was next with a fight that would seal the victory and give Sporting CP the European Champions League Title. The Pavilion erupted with massive celebrations after the win for the second year in a row. 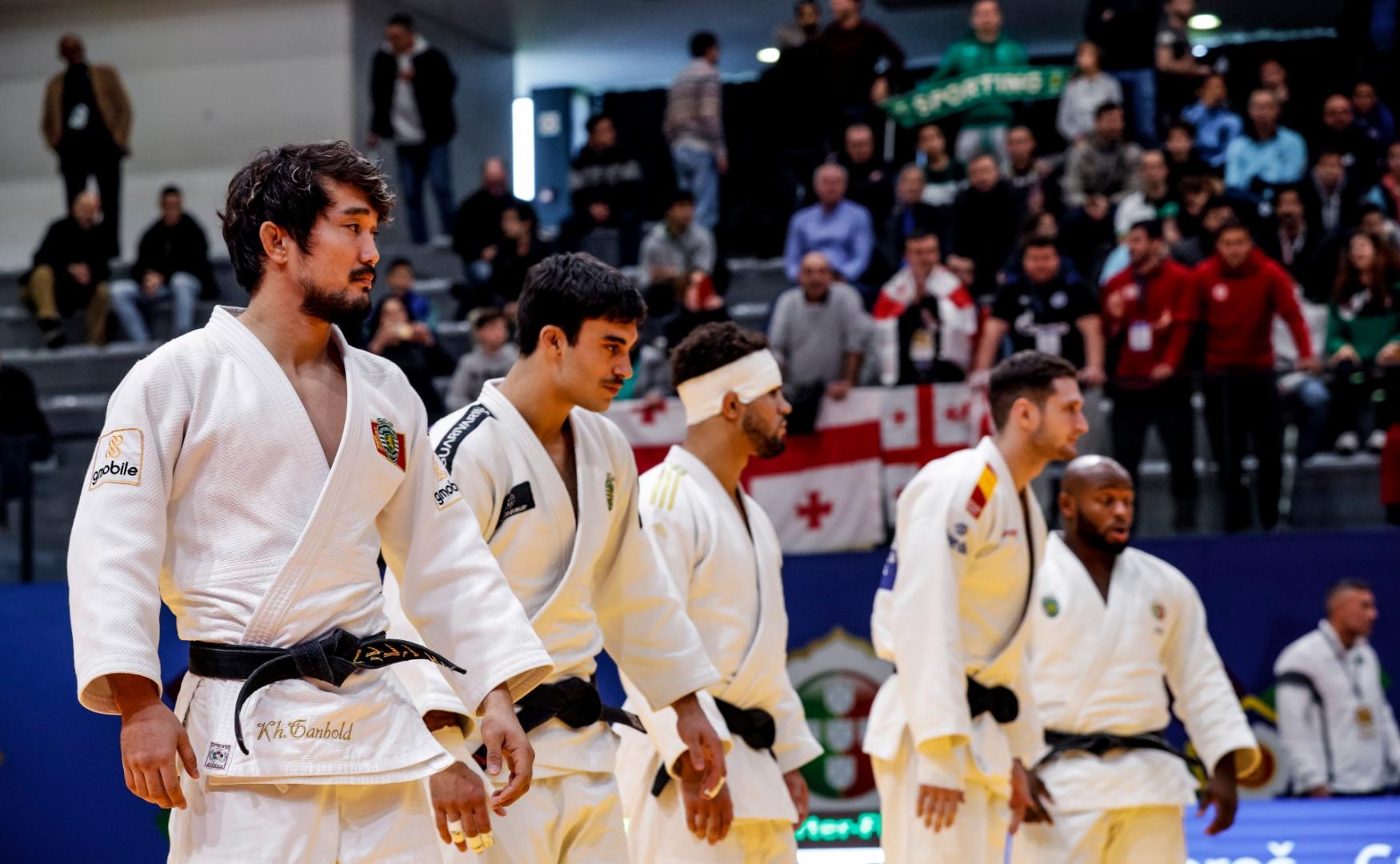 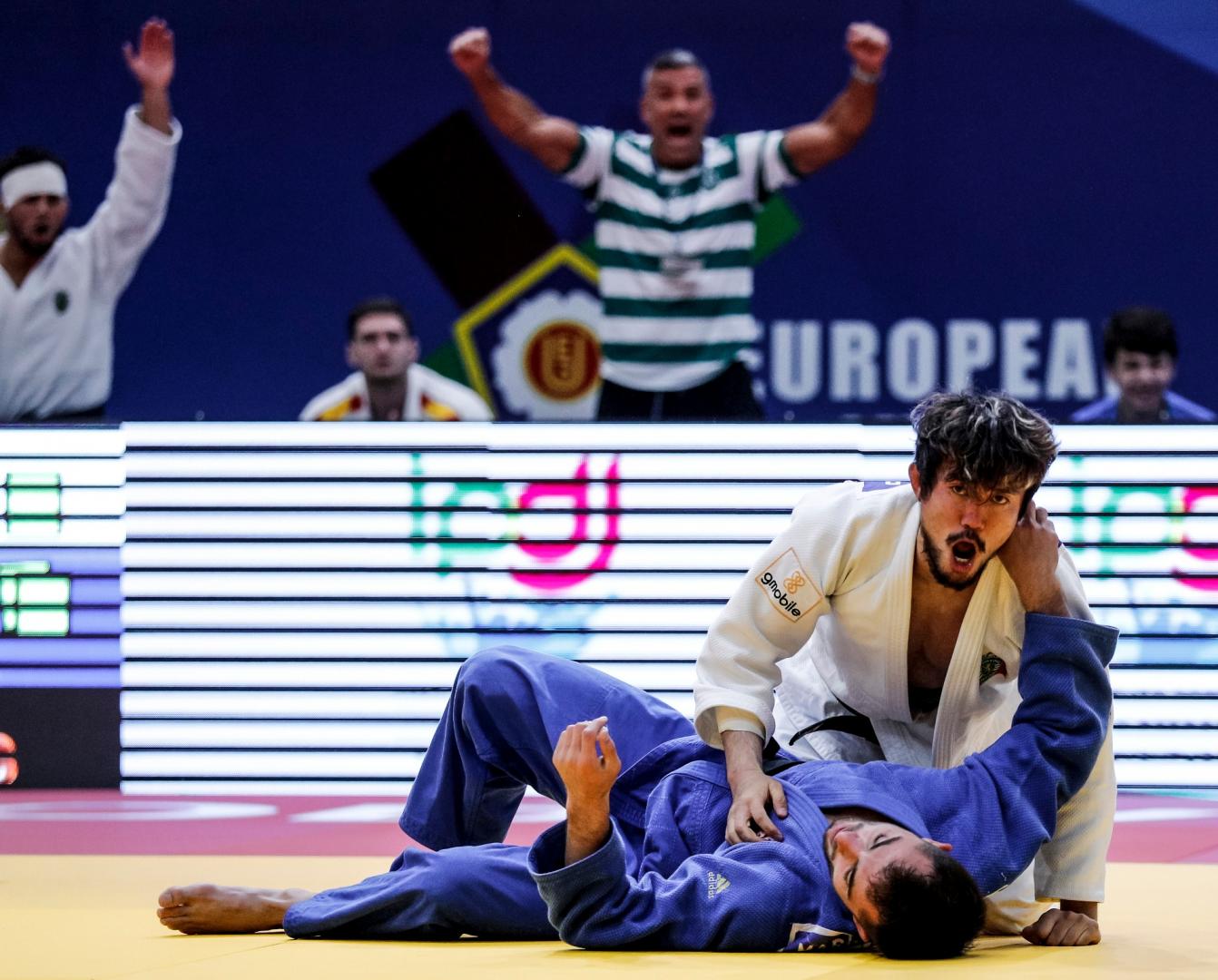 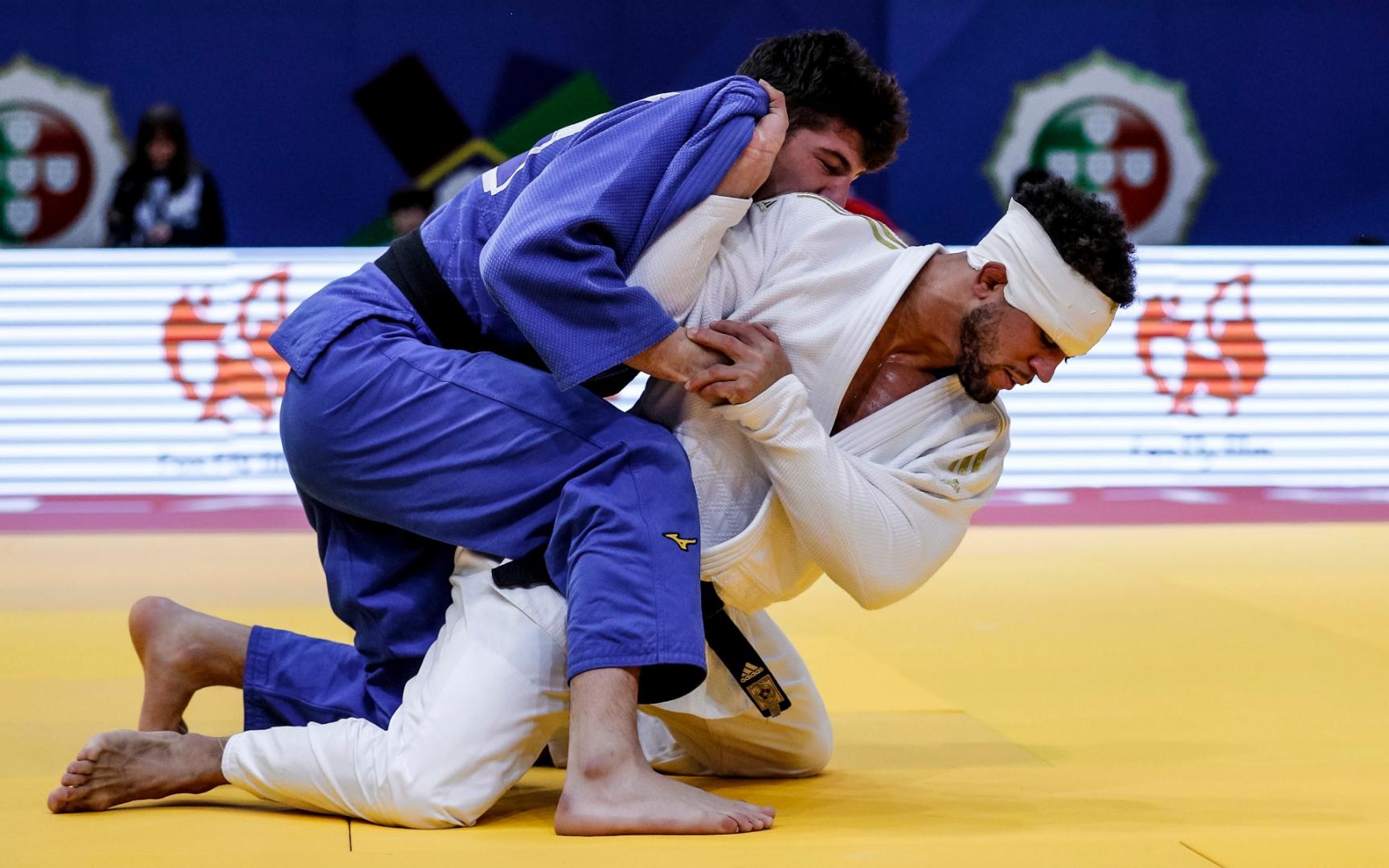 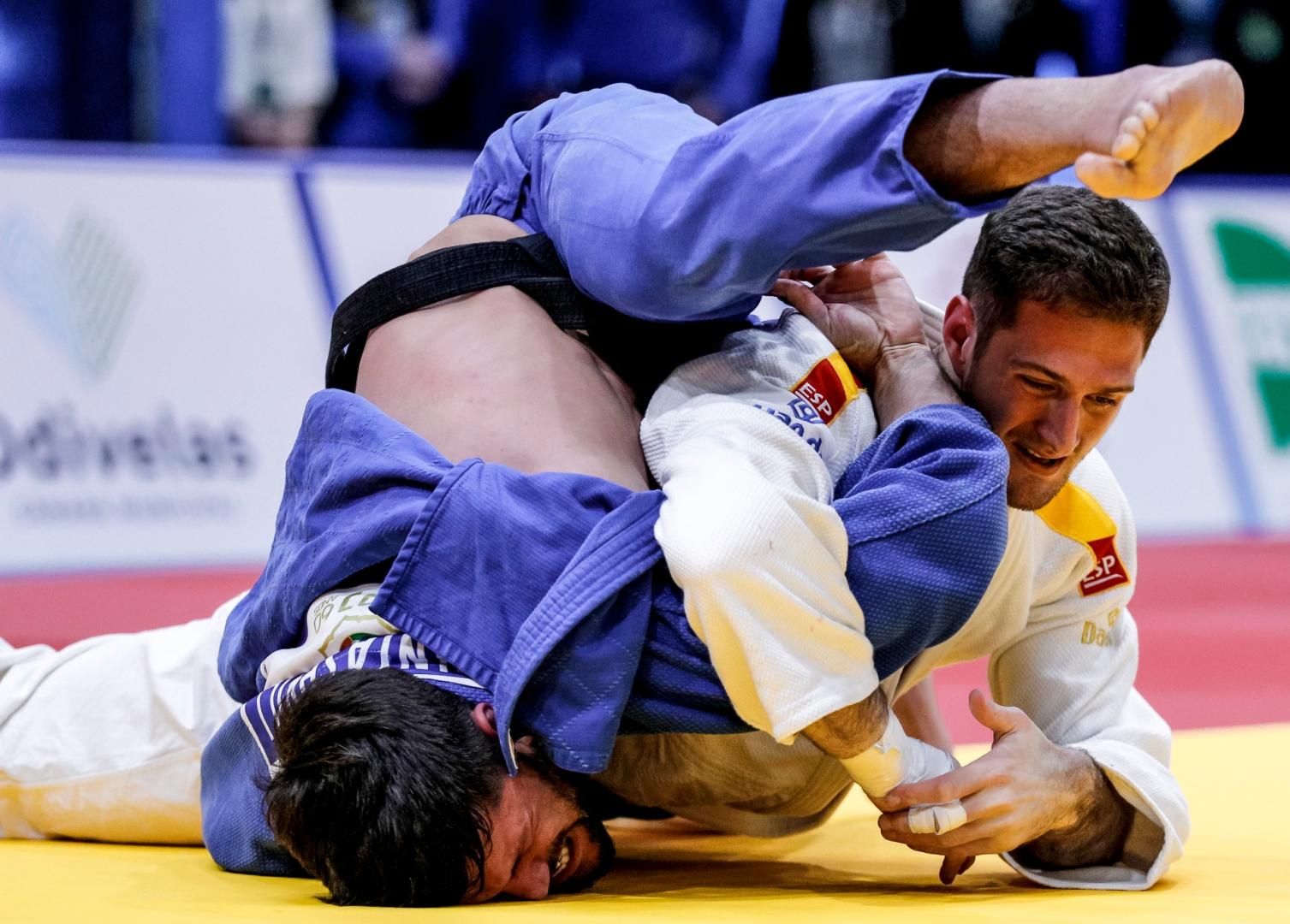 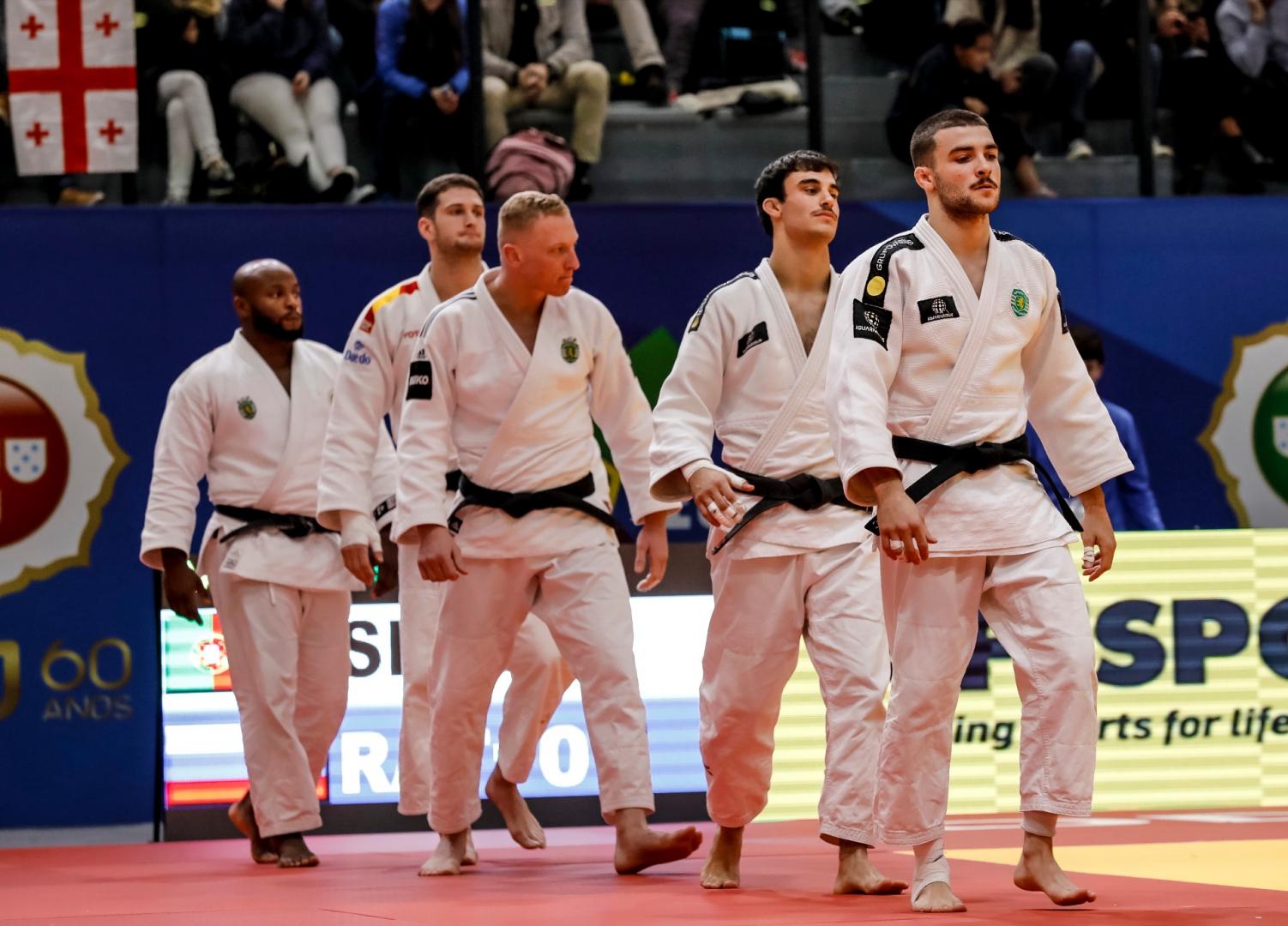 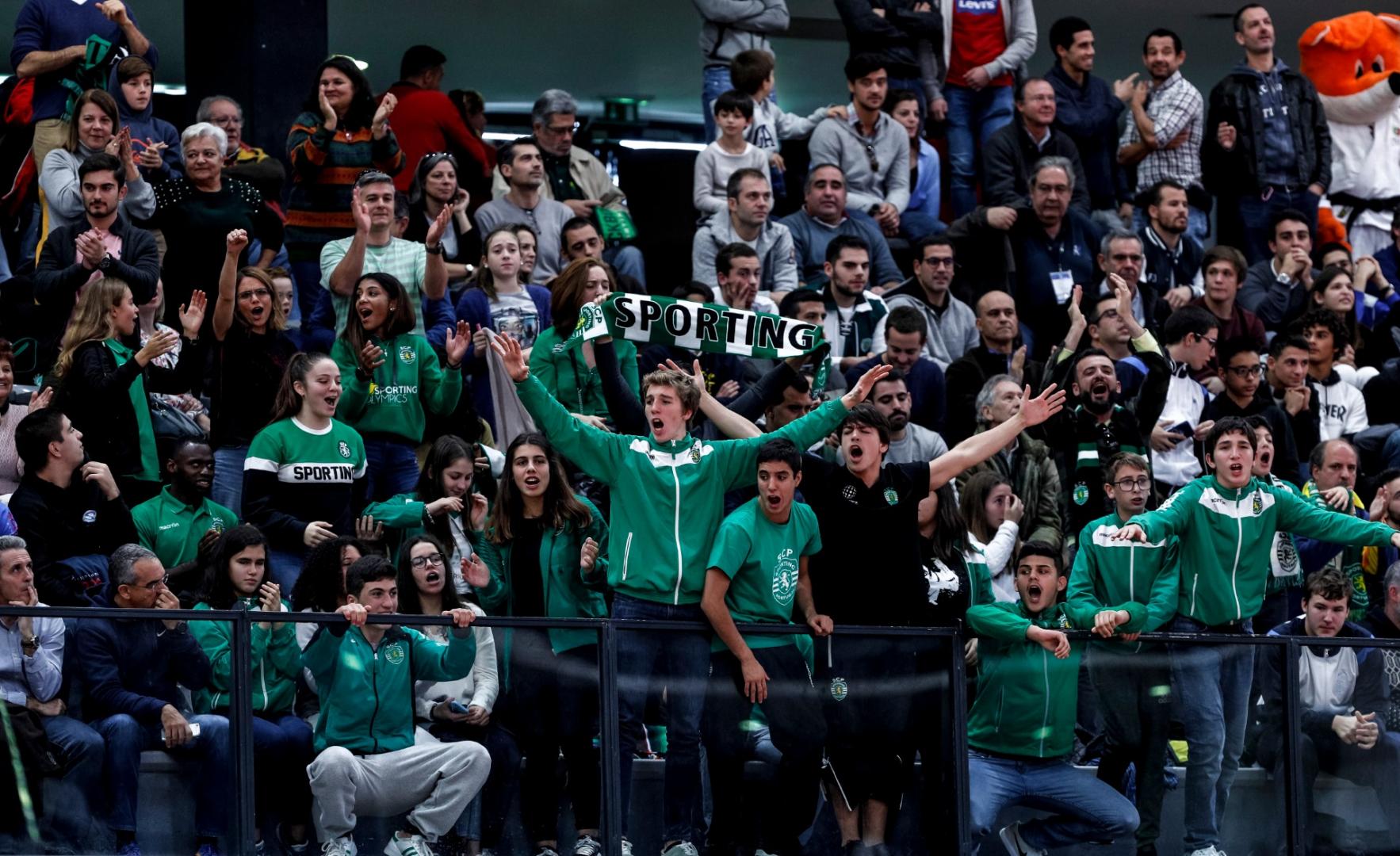 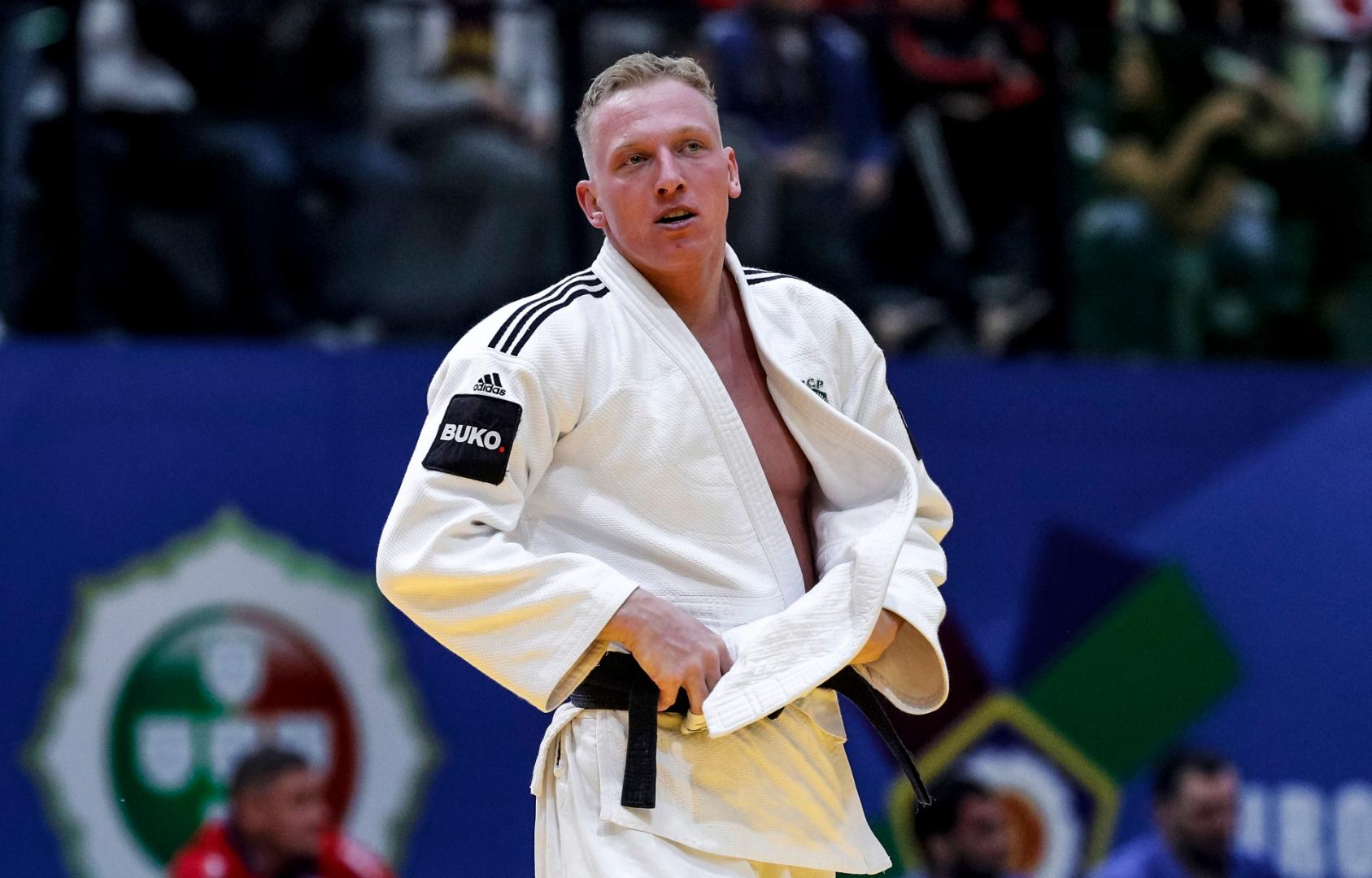 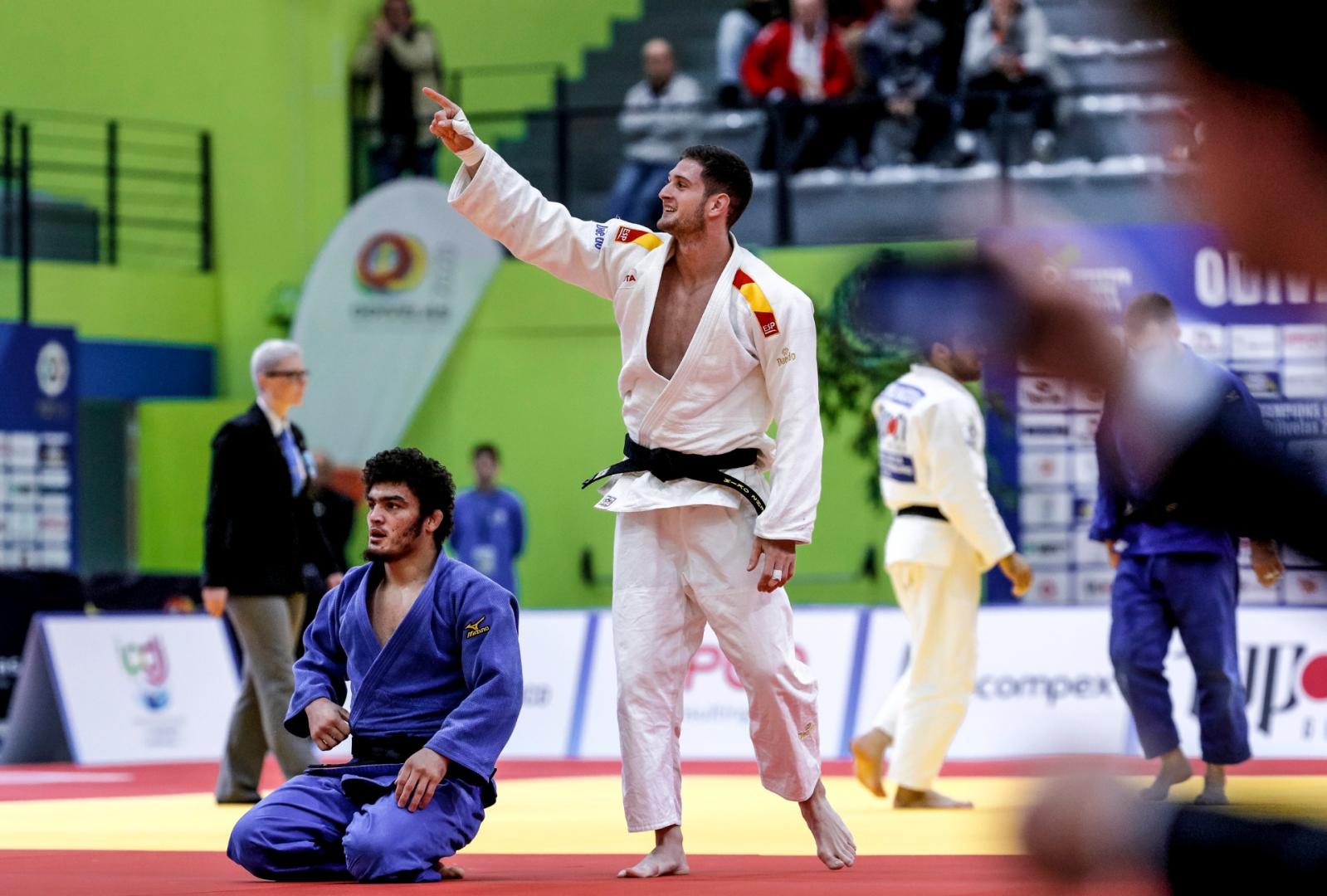 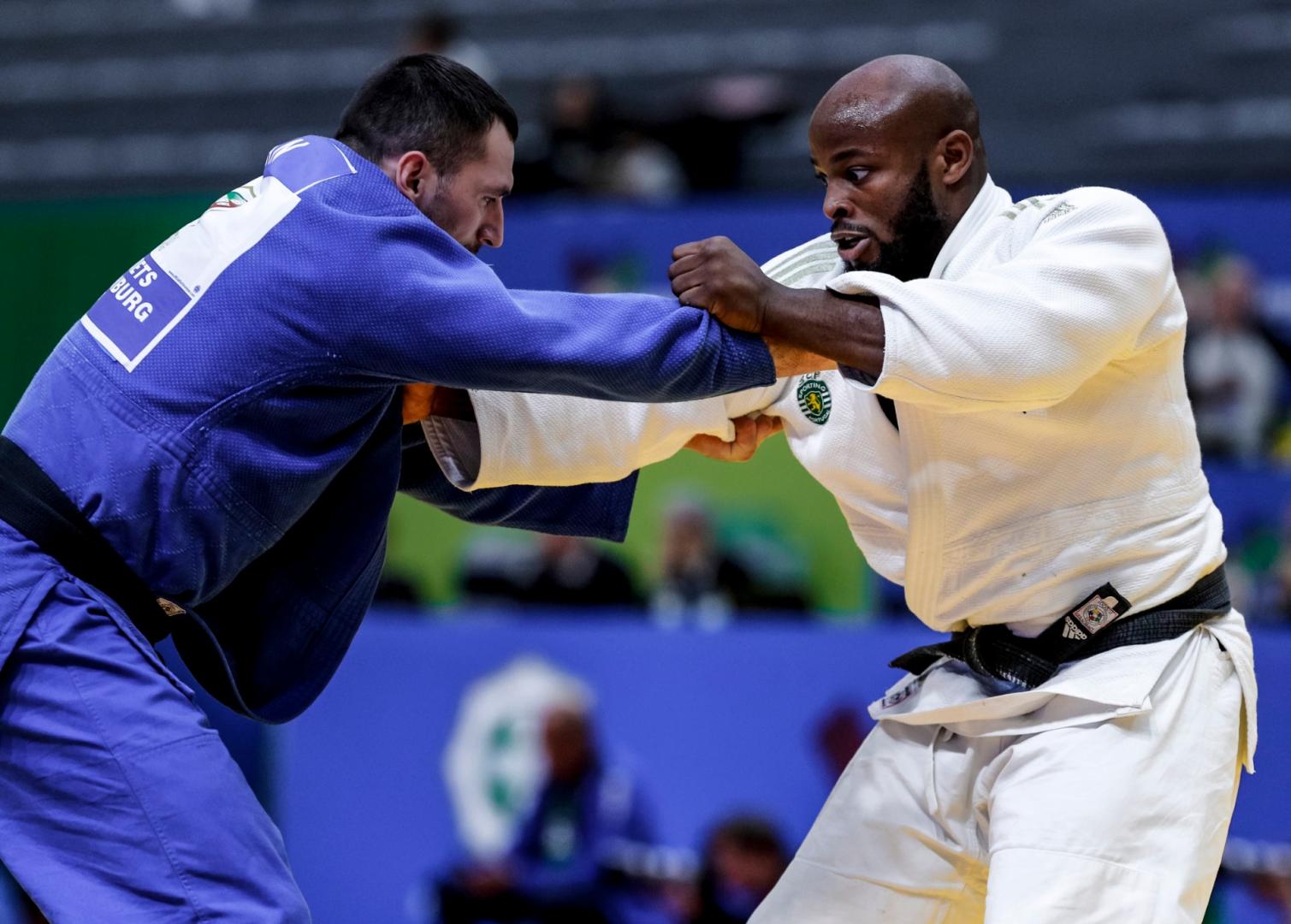 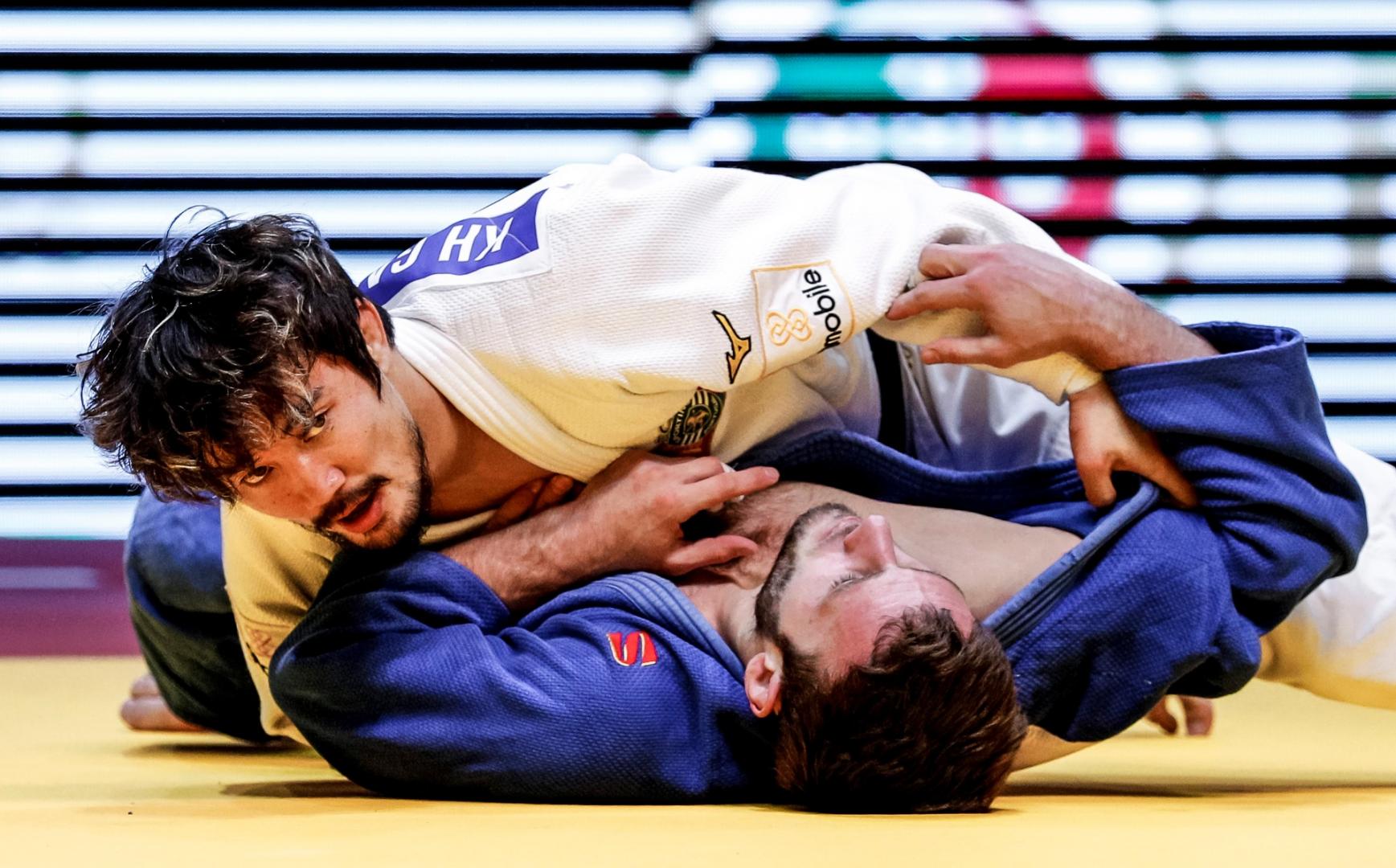 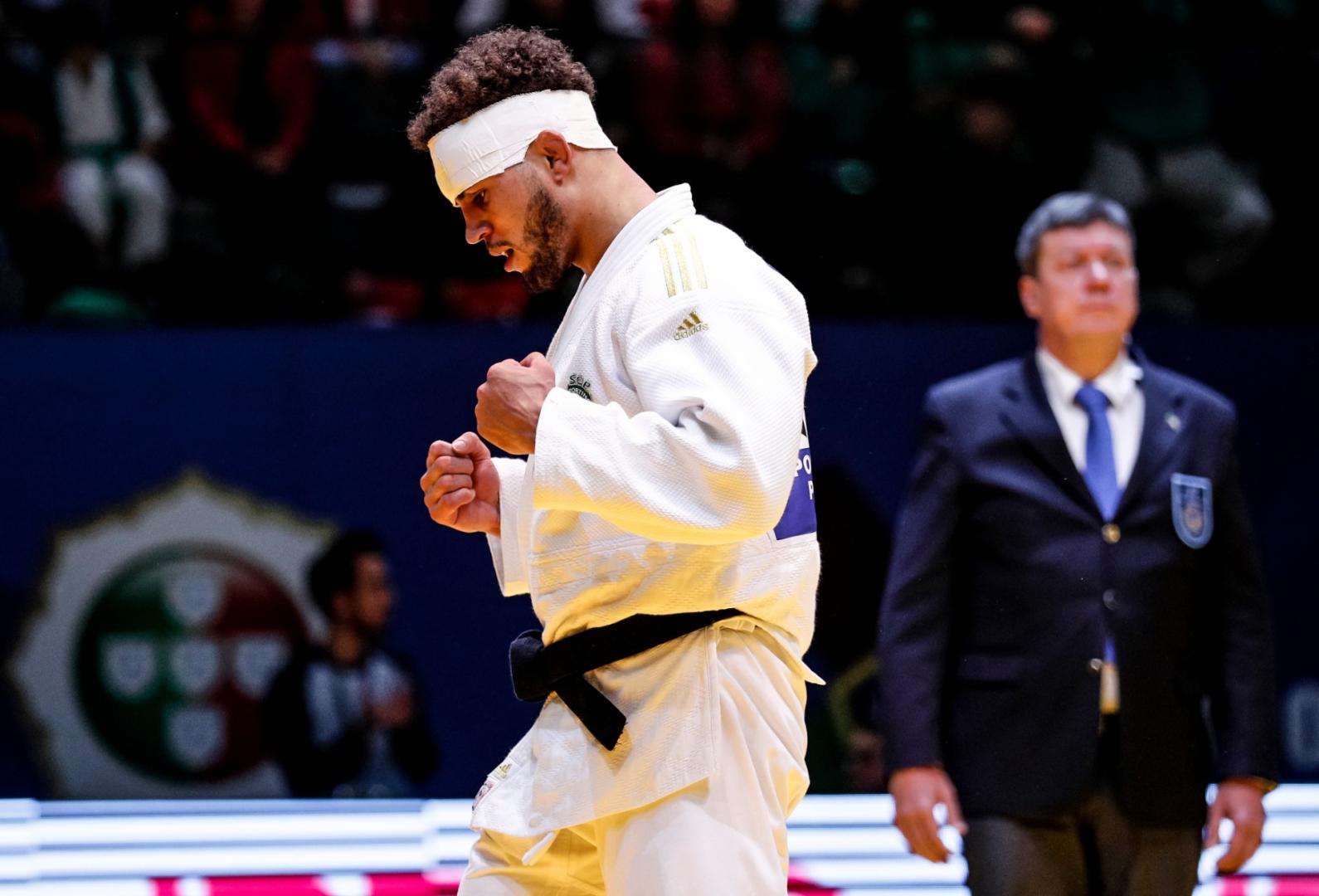 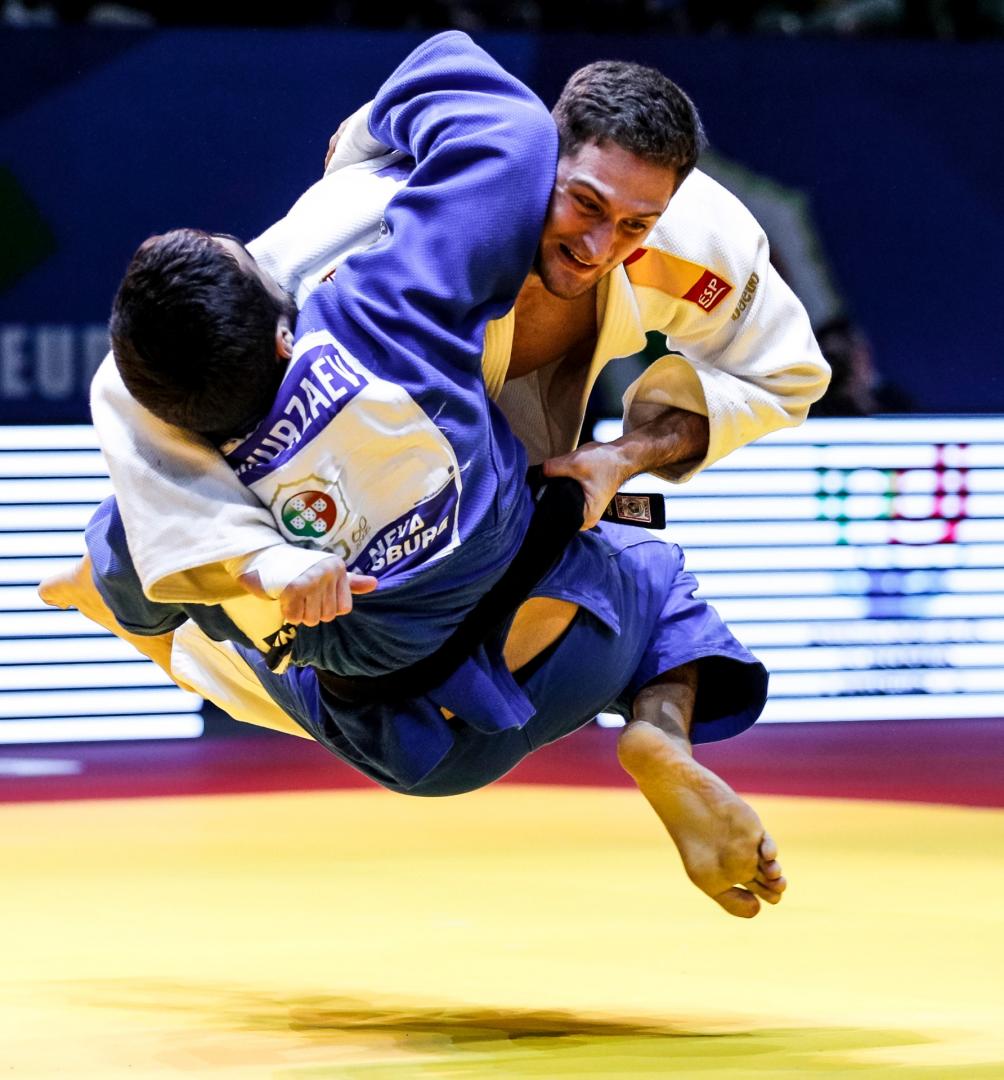 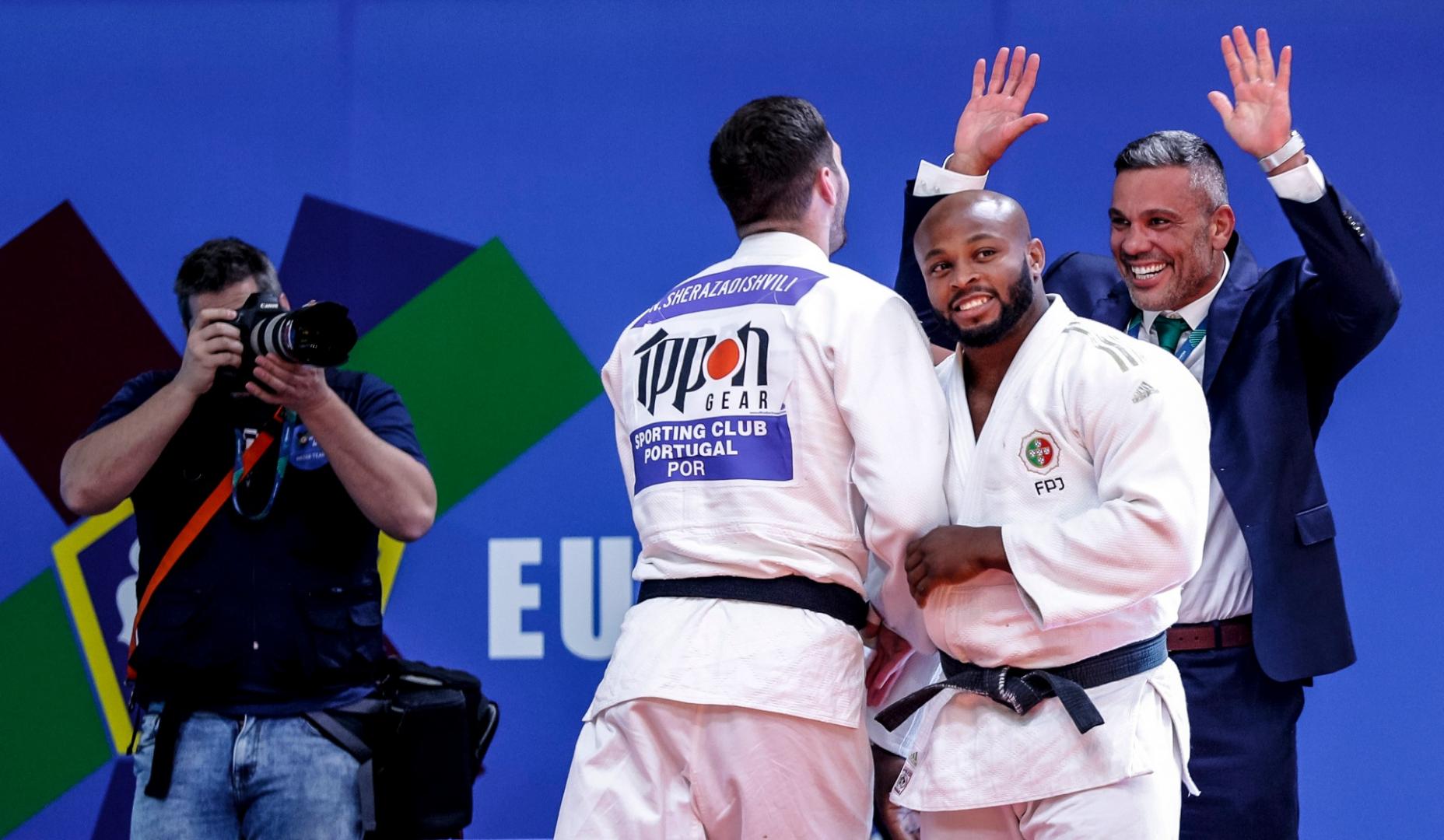 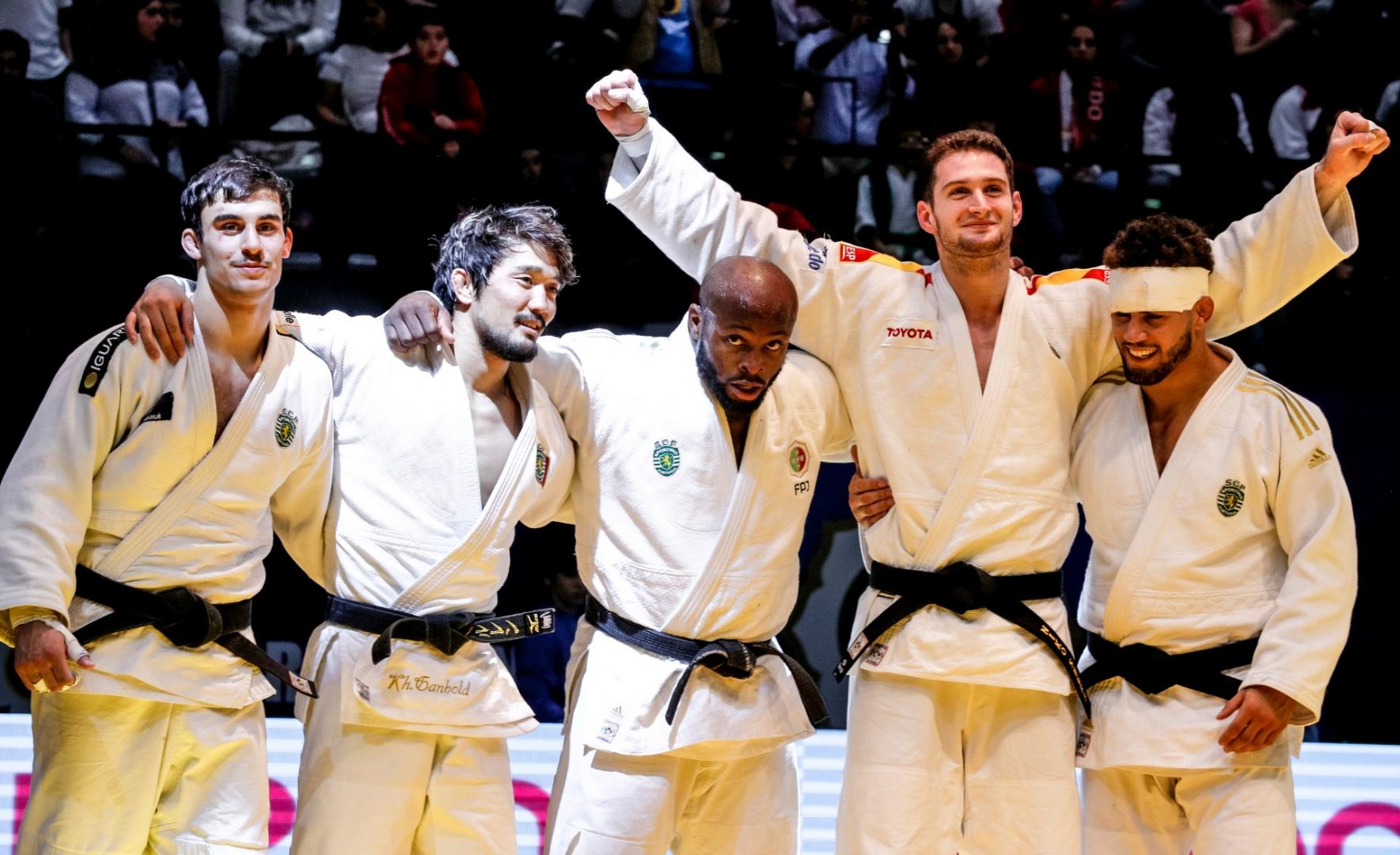 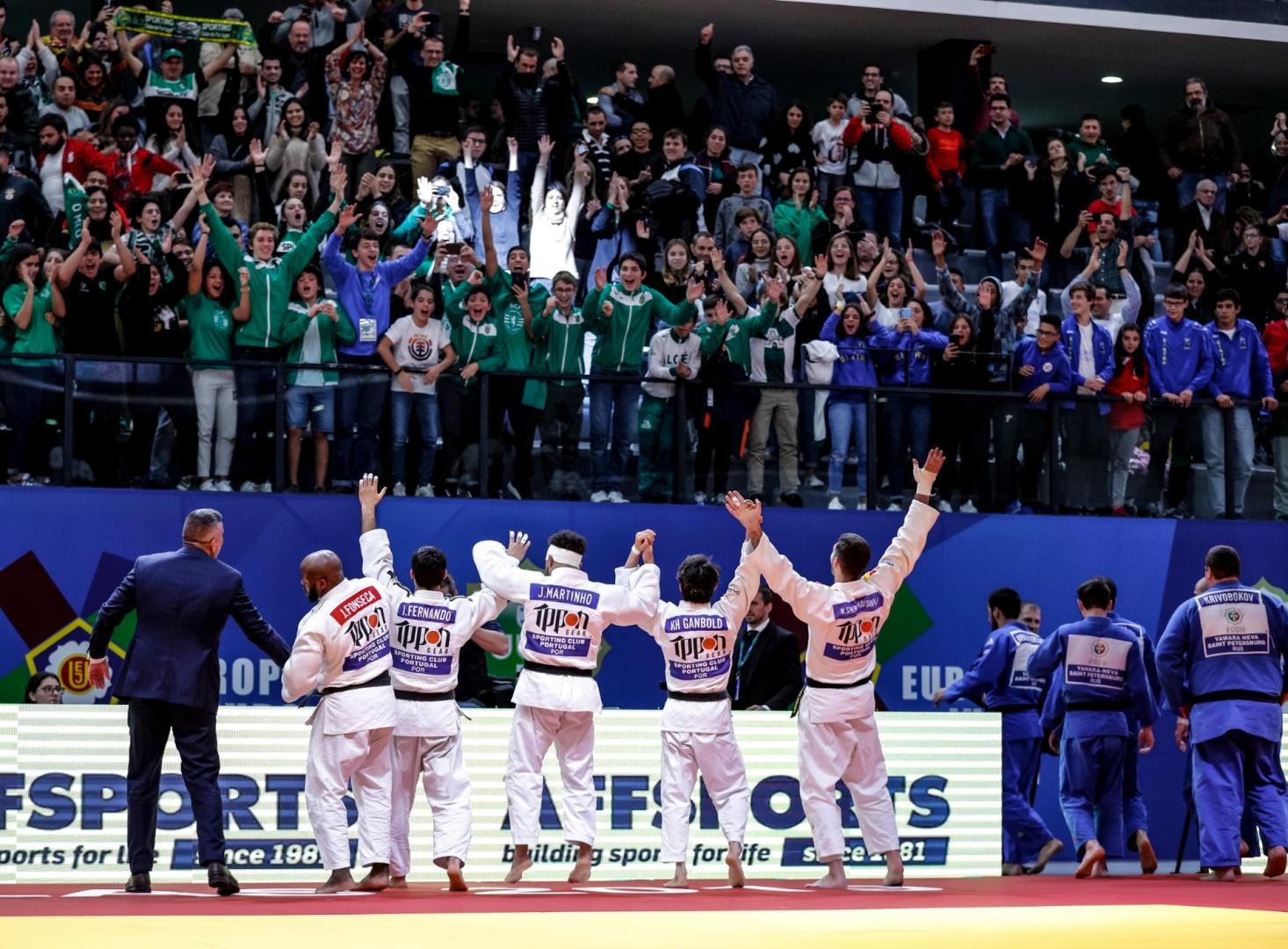 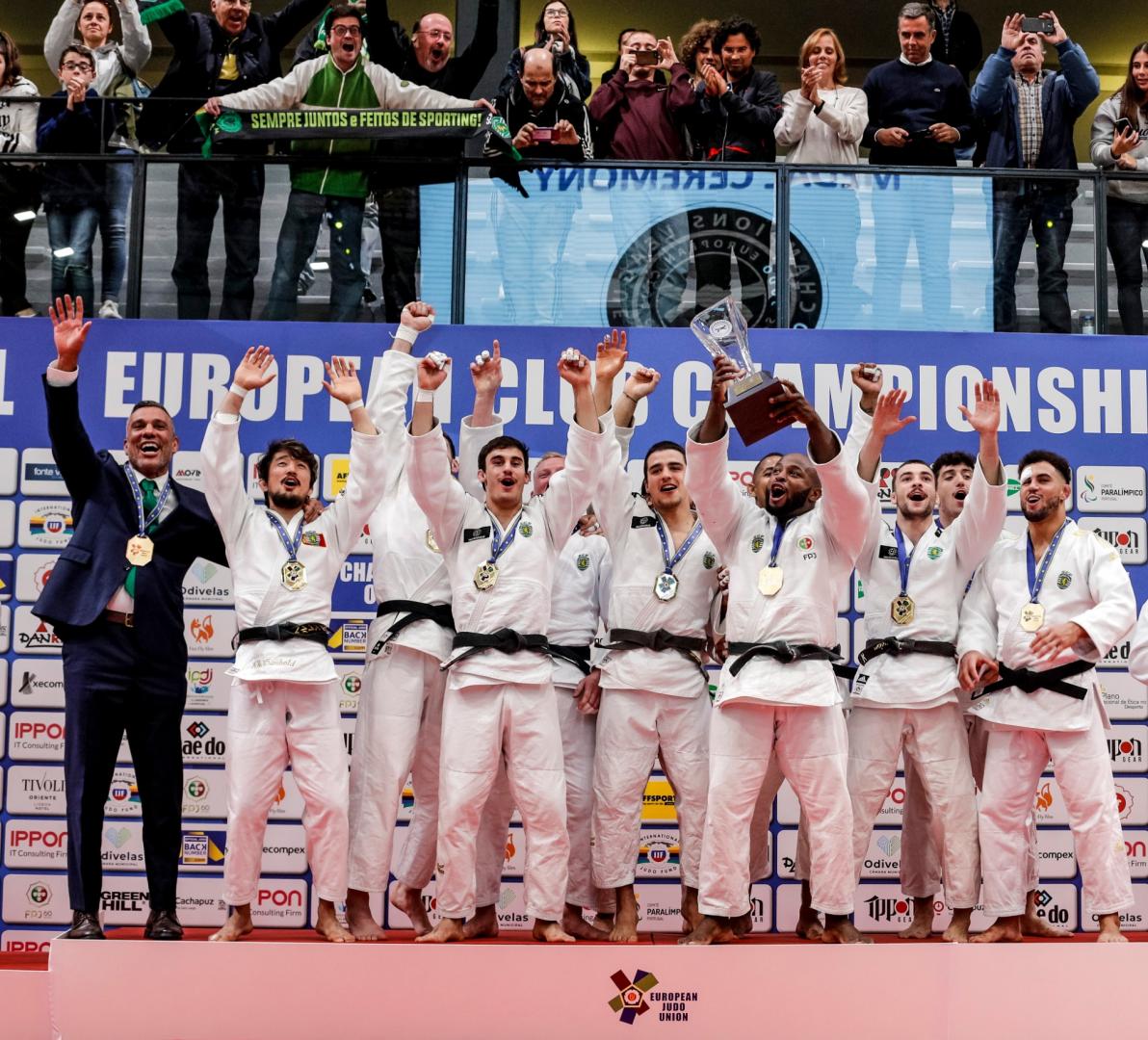 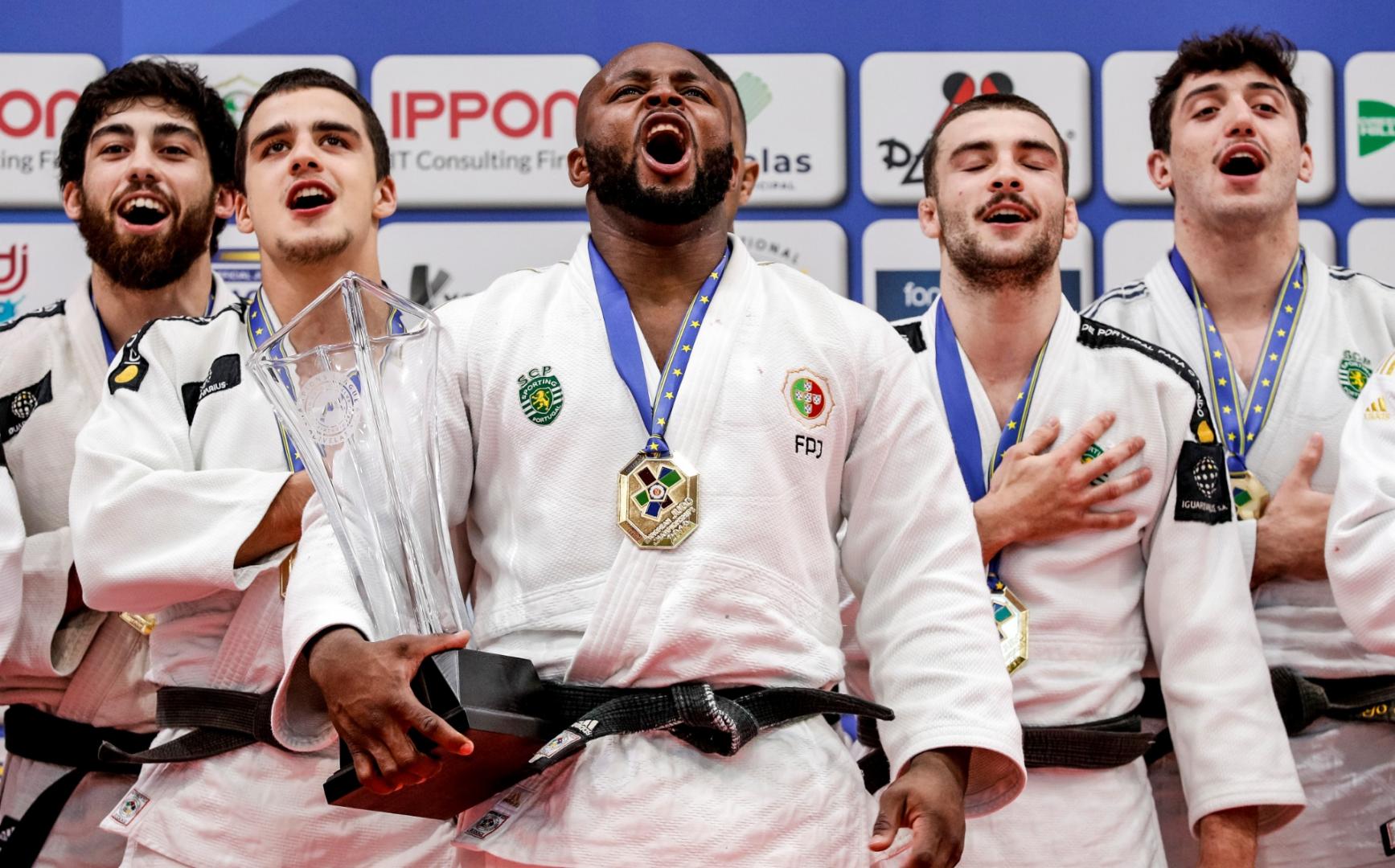 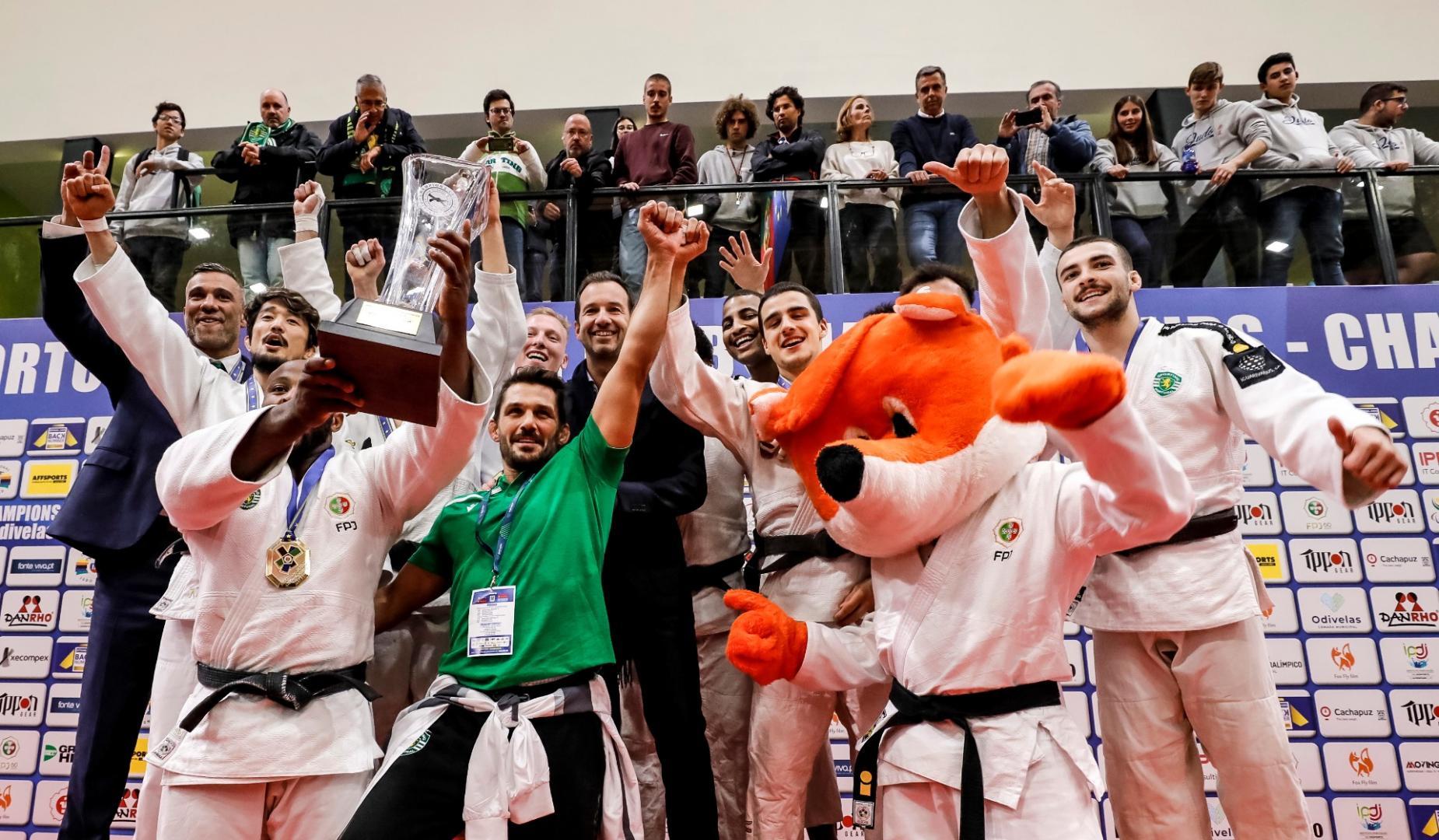