"We have to keep our cool"

João Matos speaks with the press before taking off for Kazakhstan

João Matos was the player spoken to speak with journalists who had gathered ahead of Sporting CP's trip to Kazakhstan for the UEFA Cup Final Four.

As usual, the Alvalade veteran's expectations are high: "It is a privilege to take part in a competition at this level. It is an hour for Sporting CP and for Portuguese futsal to be in the Final Four again. Nerves will kick in a bit later of course, but that is normal. We have a week to work on the detail now and we are all looking forward to it." 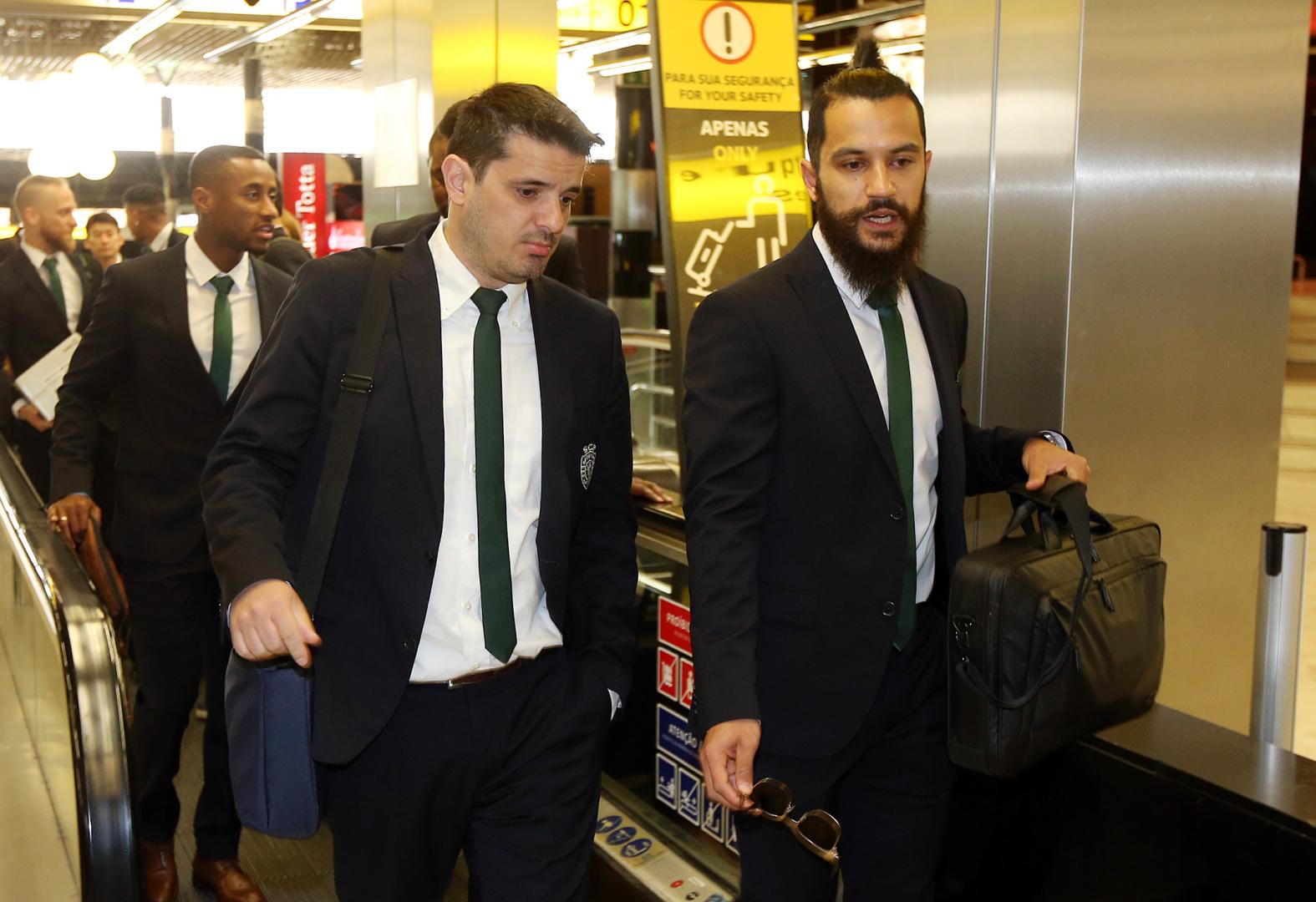 Sporting CP will face Gazprom-Ugra Yugorsk in the semi-finals on Friday and although the Russians are the current UEFA Futsal Cup holders, Matos still sees his side as in with a chance: "This is Sporting CP's best team and we have a lot of quality in every position. We have our strengths, but we can't let emotion get the better of us. We have to keep our cool and that is what we are working on. I think we can get a good result against Ugra."